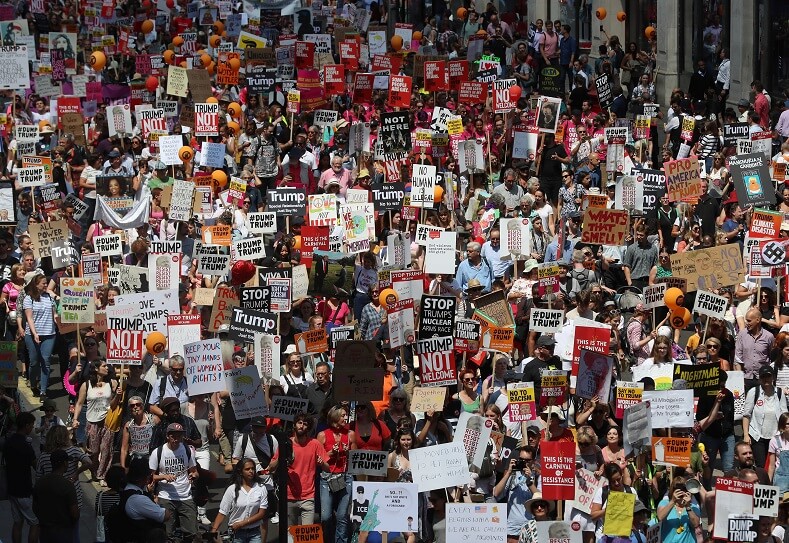 In London, 250,000 people marched from the BBC’s headquarters to Trafalgar Square where many political leaders denounced Trump as a "disaster for the international community." Photo:Reuters 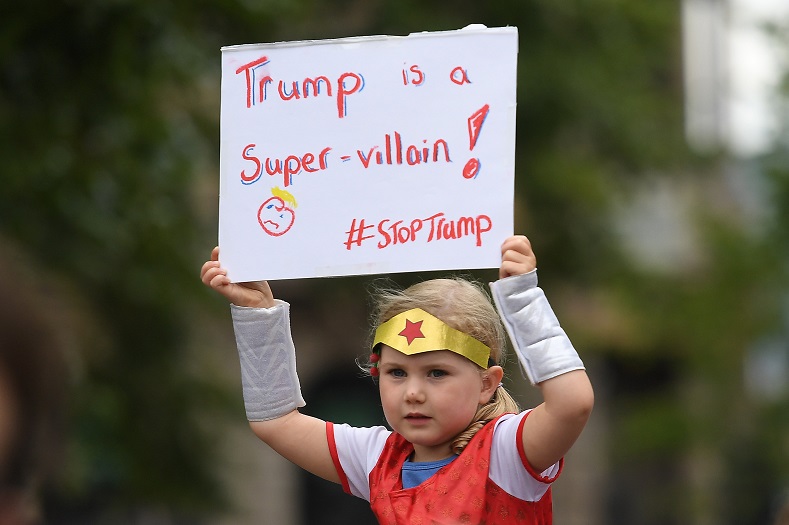 Children also marched and protested against the U.S. jailing immigrant children and separating them from their families. Photo:Reuters 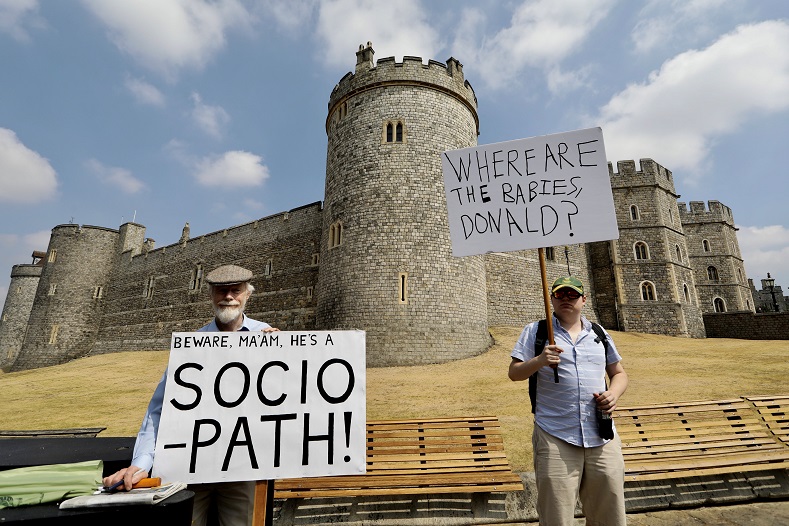 In Windsor, where Trump had tea with the Queen Friday, citizens also organized protests. Photo:Reuters 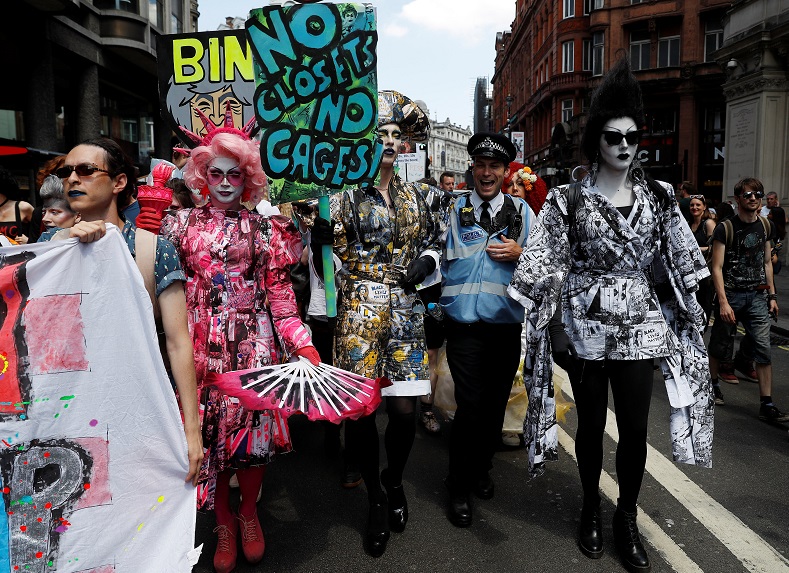 LGBTIQ people marched in London to demonstrate against homophobia and xenophobia. Photo:Reuters 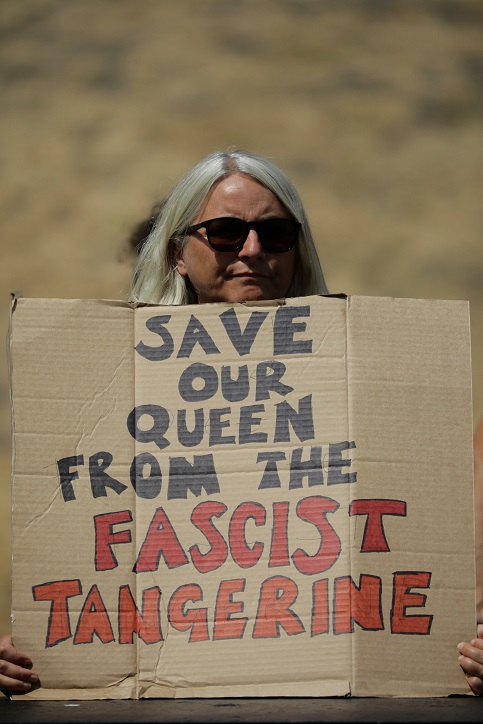 Throughout the U.K. demonstrators called out Trump on his racist remarks comparing him to clansmen and calling him a fascist. Photo:Reuters 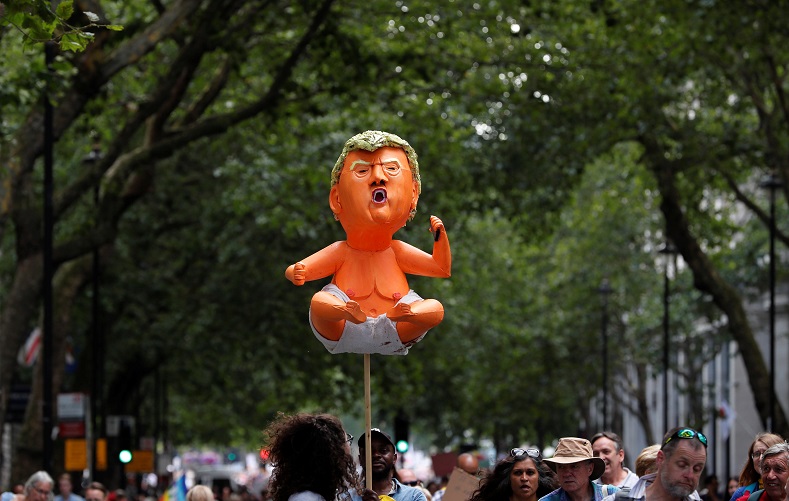 Trump was also depicted as a baby. He "acts like a baby. If anything happens that he doesn't like his reaction is to throw his toys out of the pram," Nona Hurkmans explained. Photo:Reuters 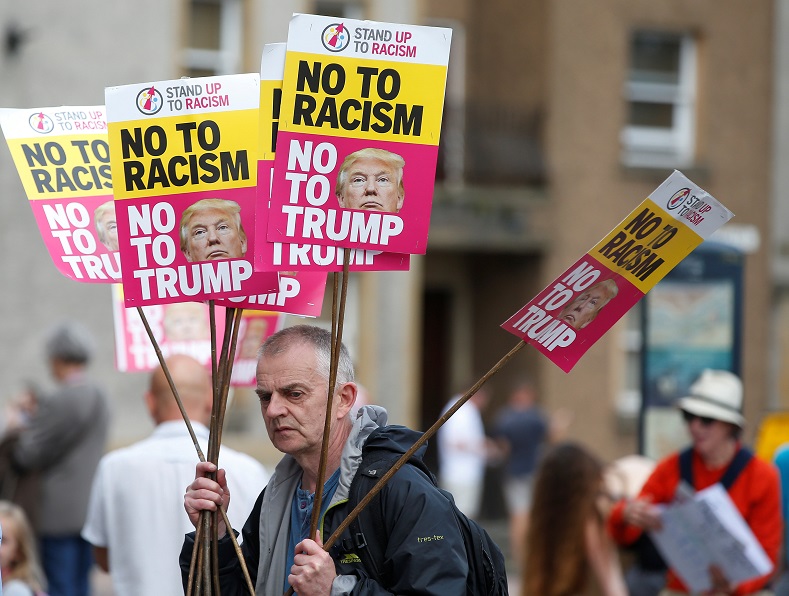 Among the protests' organizers were several trade unions and campaign groups, such as Stop the War, Friends of the Earth and the Campaign for Nuclear Disarmament. Photo:Reuters 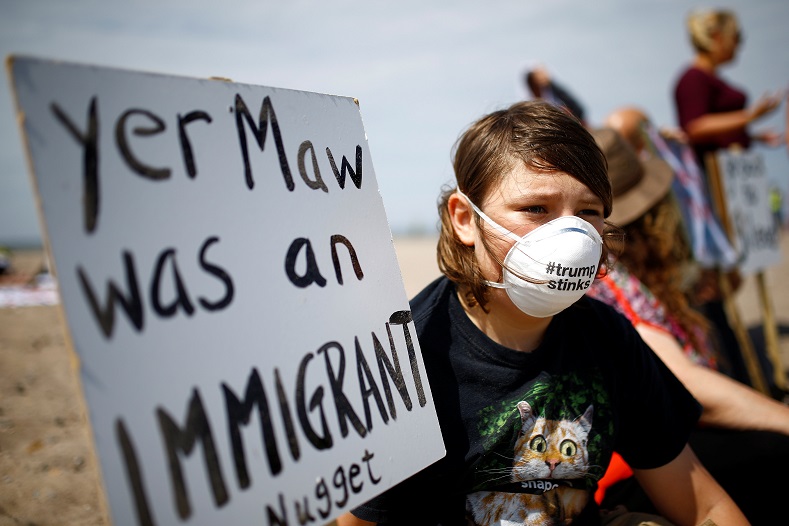 Child reminds Trump his mother was an immigrant who arrived to the U.S. Photo:Reuters