Mexico's Day of the Dead, which is celebrated on November 1 and 2, has its origins in ancient pre-Hispanic cultures.

For this holiday homes and cementeries are adorned with offerings to the souls of the deceased, who are expected to return from the "Mictlan", the "place where the dead live."

In a country where the memory of dozens of different pre-Hispanic cultures is still strong, ceremonies and rituals can be slightly different from town to town.

For instance, in the state of Quintana Roo, where the Mayan culture reached its splendor, people celebrate the “Hanal Pixan,” in which children's souls are received with colored candles, flowers, sweets, food and toys.

Mexicans also evoke "La Catrina," a female figure who emerged as a mockery of those Mexicans who despise their indigenous culture when they get rich.

For about a hundred years, she has become a widely spread identity symbol which women of all ages carry with pride. 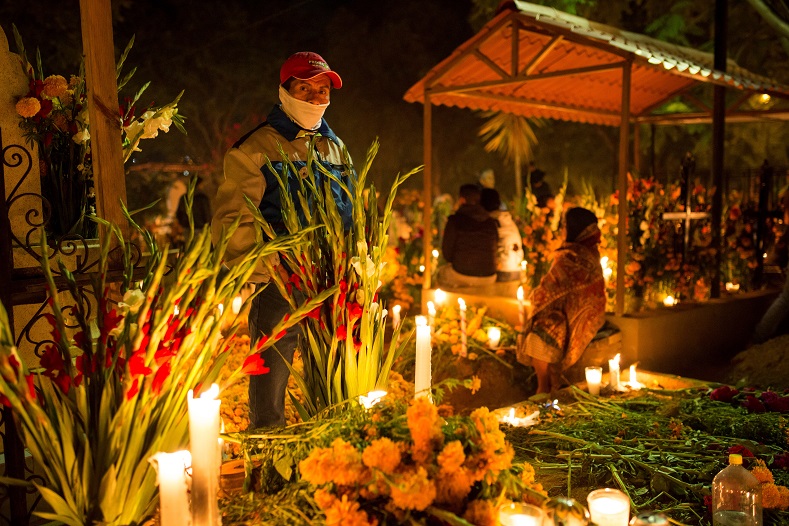 People watch over their dead at an Atzompa cemetery, in the state of Oaxaca, Mexico, Nov. 1, 2019. Photo:EFE 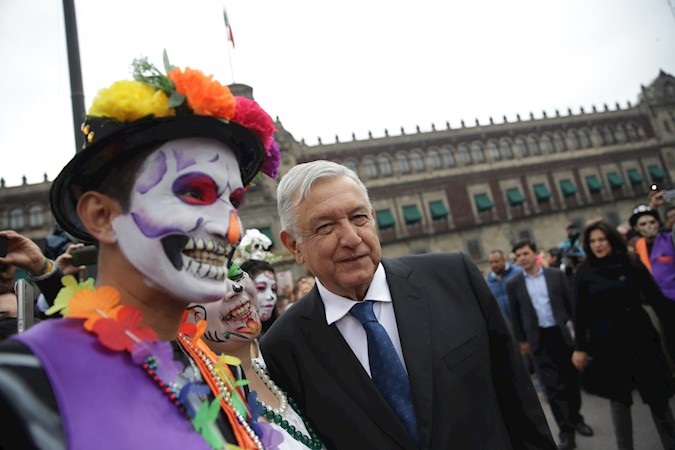 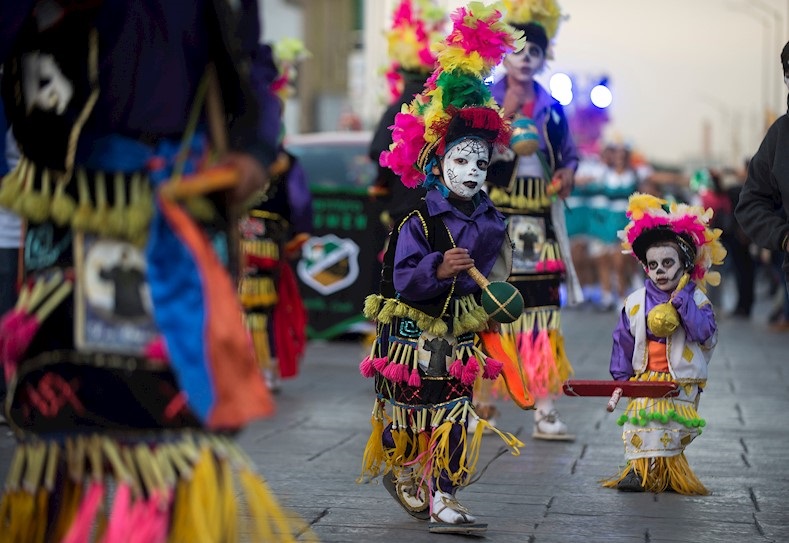 Children participate in the Desert Souls (Animas del Desierto) parade which takes place at the beginning of the Day of the Dead festivities in Saltillo city, Coahuila, Mexico, Oct. 31, 2019. Photo:EFE 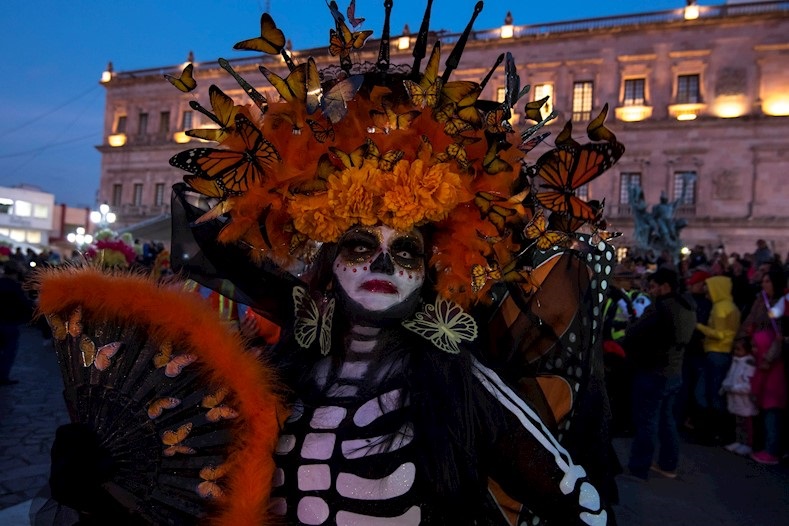 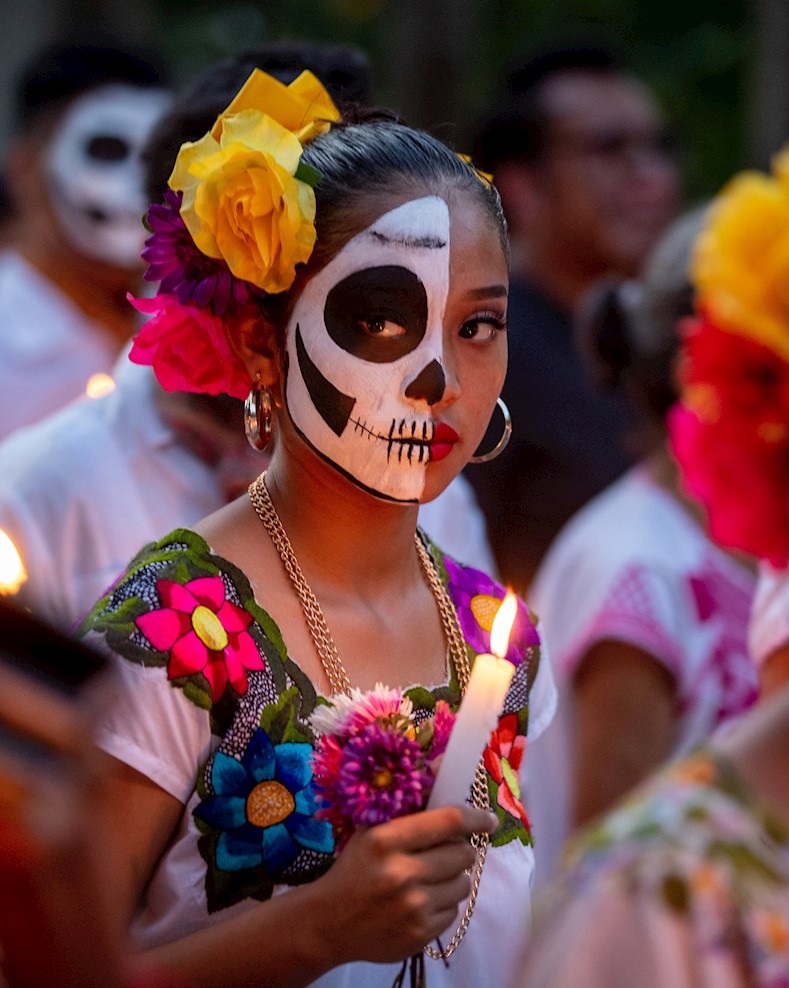 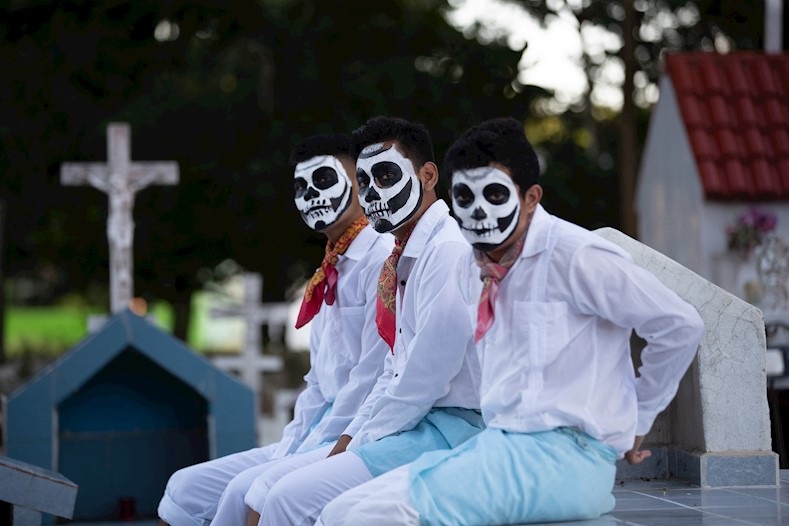 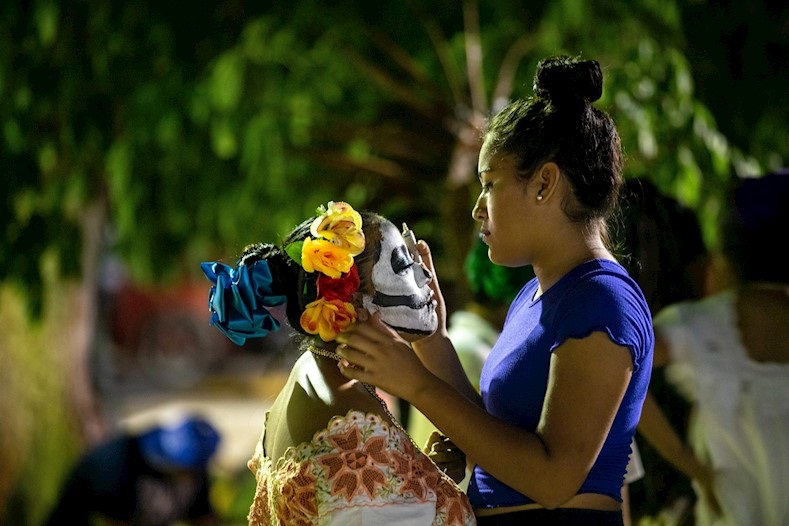 Woman paints the face of a teenage girl who is getting ready to the Hanal Pixan celebration in Lerona Vicario town, Quintana Roo, Mexico, Oct. 31, 2019. Photo:EFE 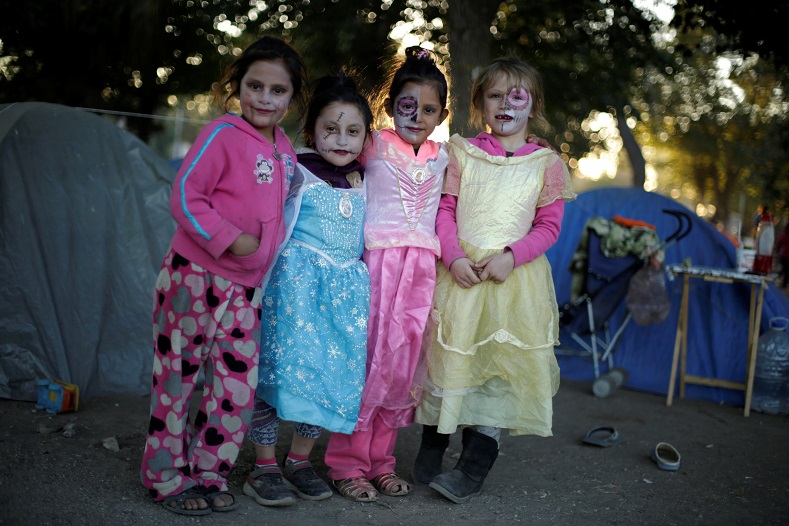 Migrant children, who are camping and waiting to apply for asylum to the U.S., painted their faces as 'Catrinas' in Ciudad Juarez, Mexico, Oct. 31, 2019. Photo:Reuters 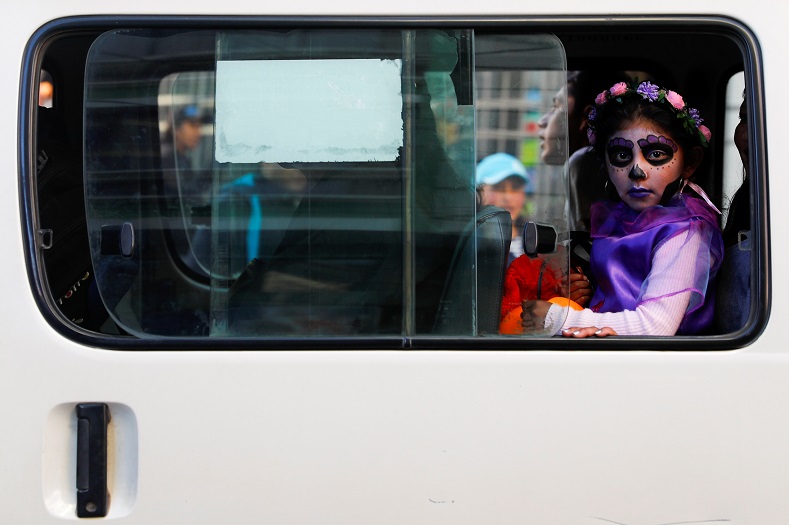 In the last decade the custom of dressing up as catrinas has spread outside of Mexico. A child with her face painted as a "Catrina" is pictured in La Paz, Bolivia, Oct. 31, 2019. Mexico, Oct. 31, 2019. Photo:Reuters 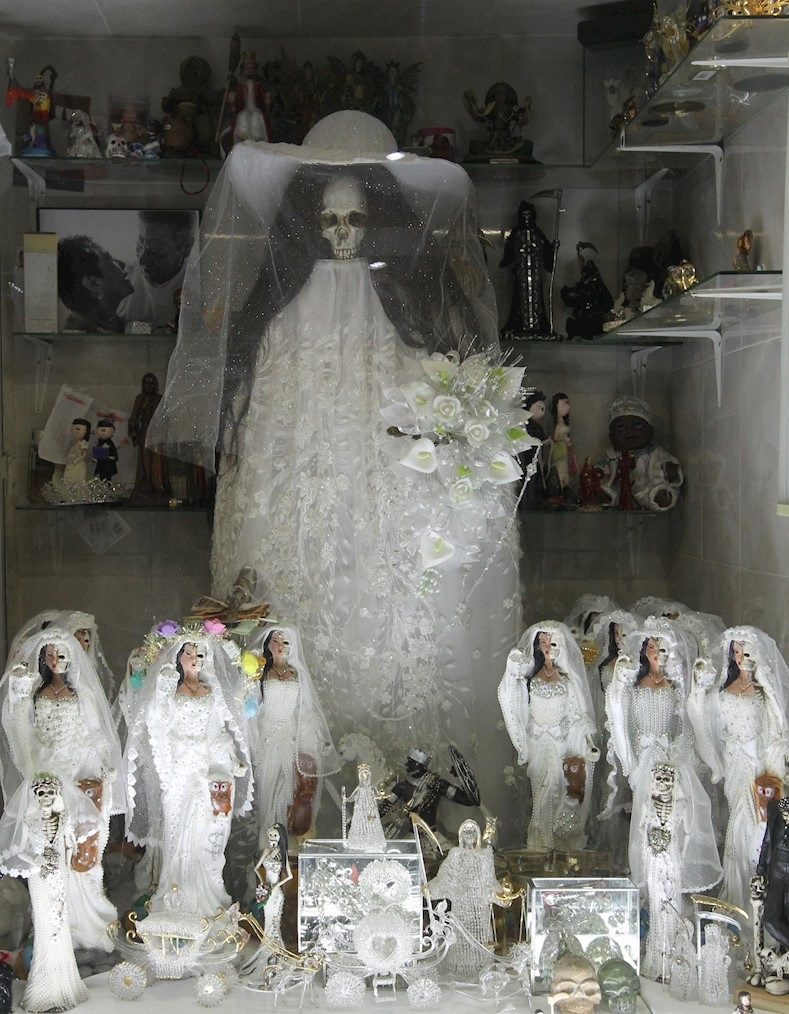 Altar with the image of Santa Muerte in the Alfareria street, in the Tepito neighborhood, Mexico City, Mexico, Oct. 31, 2019. Photo:EFE 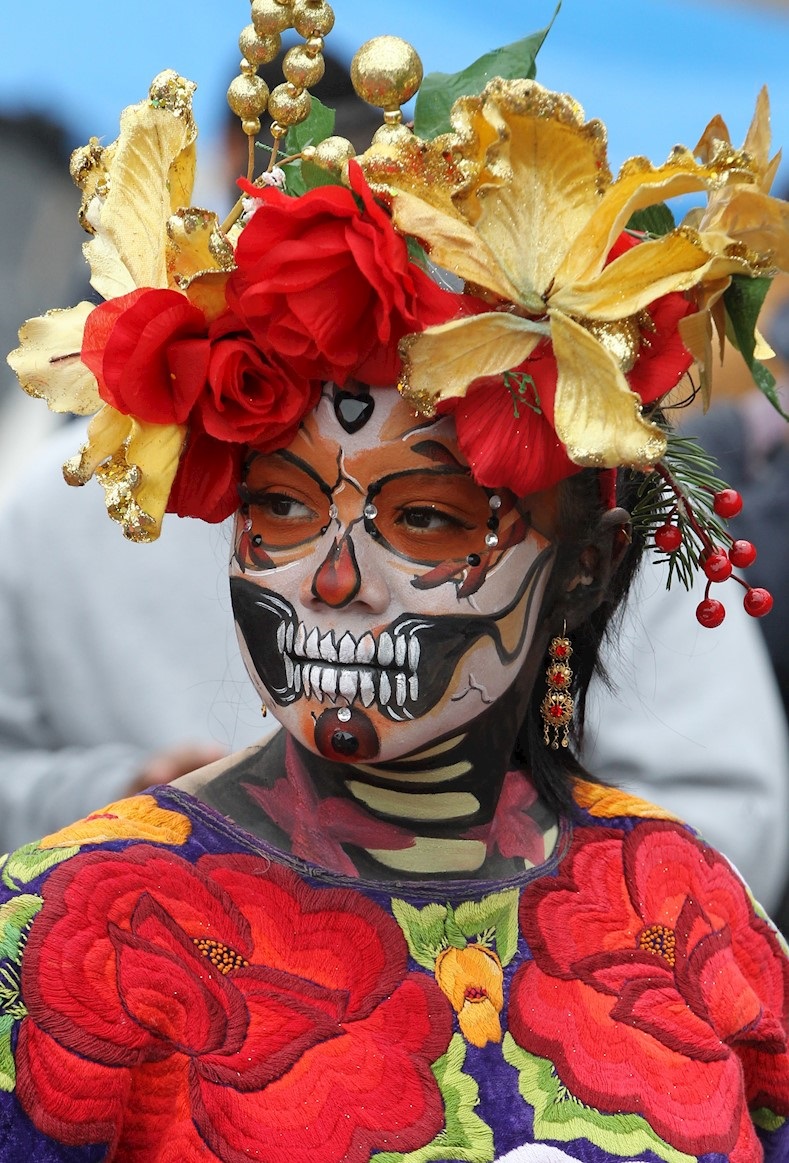 Woman during the inauguration of the gigantic offering to the dead placed in the Zocalo, Mexico City, Mexico, Nov. 1, 2019. Photo:EFE