Thousands of People Continue To Cheer Evo's Return To Bolivia

Representatives from the mining and agrarian sectors, indigenous communities, and thousands of young people gathered at the border to greet the caravan.

The caravan led by Bolivia's former President Evo Morales arrived in his hometown of Orinoca on Tuesday where he was received by cheers and demonstrations of support from rural communities.

Representatives from the mining and agrarian sectors, Indigenous communities, and thousands of young people gathered at the border to greet the caravan. Evo's return to Bolivia puts an end to a year of exile after the coup promoted by Bolivian right-wing groups and the government of the United States last year.

The first day of celebration lasted until midnight when the former President arrived in the city of Uyuni, in the department of Potosi. In an emotional speech, Evo thanked the attendees for their support and especially Atocha's mining center.

Meanwhile, in the community of Sevaruyo in the Department of Oruro, hundreds of people waited for the caravan with food and water on Tuesday while singing "Viva Evo" and "Jallalla Bolivia."

Meetings and celebration events are scheduled to continue on the day, before continuing the trip on Wednesday to the Chimore Airport, in Chapare province.

Chimore, located in Cochabamba Department, is one of the bastions for Movement Towards Socialism (MAS), and it was the place where Morales undertook his first political activities by defending unions' rights.

On November 11, Evo is scheduled to arrive in Chimore to take a plane to the capital La Paz. 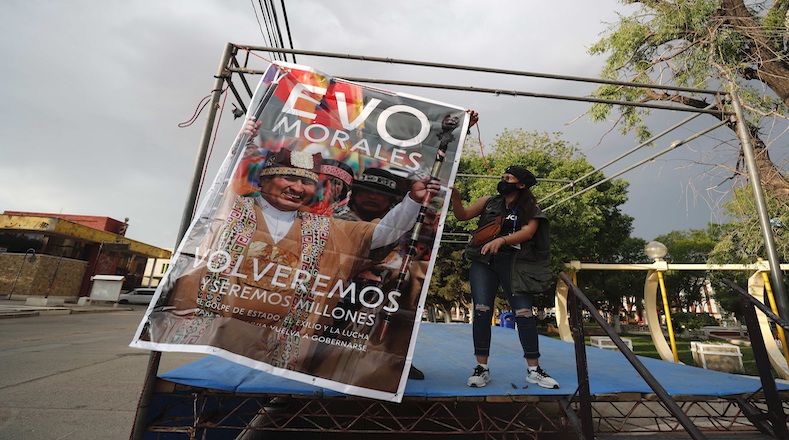 A woman works on the installation of a podium in the town of Villazon, on the border with Argentina, Bolivia, Nov. 8, 2020. Photo:EFE 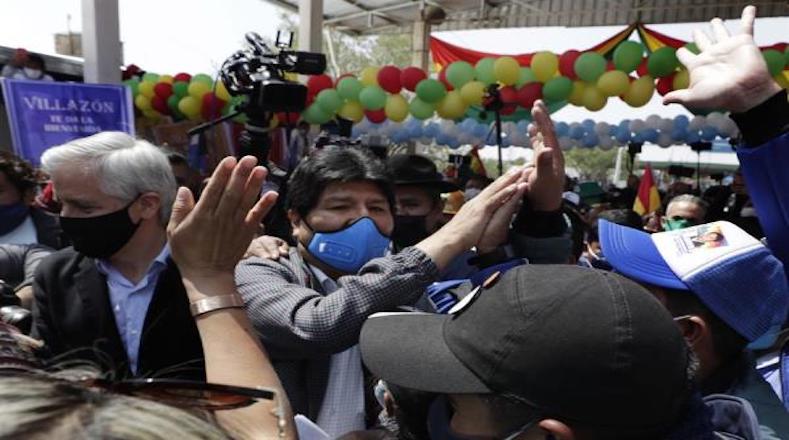 Former Bolivian President Evo Morales (c) greets supporters upon his arrival today in Villazon, a Bolivian town on the border with Argentina. Photo:EFE 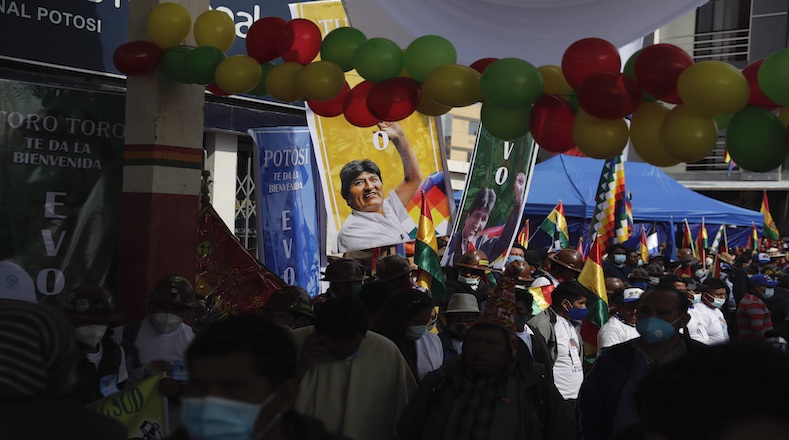 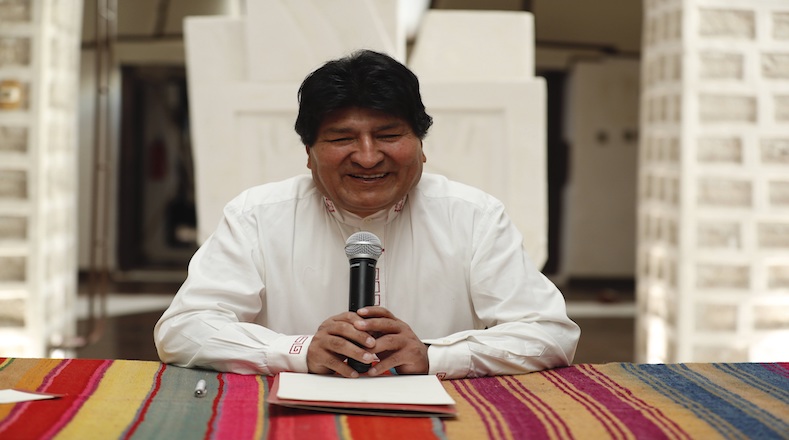 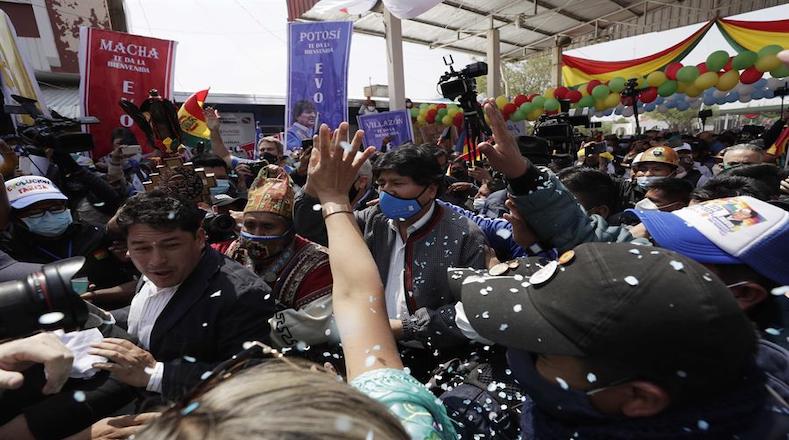 Morales crossed the border with Bolivia morning after almost a year living in Argentina. Nov. 9, 2020. Photo:EFE 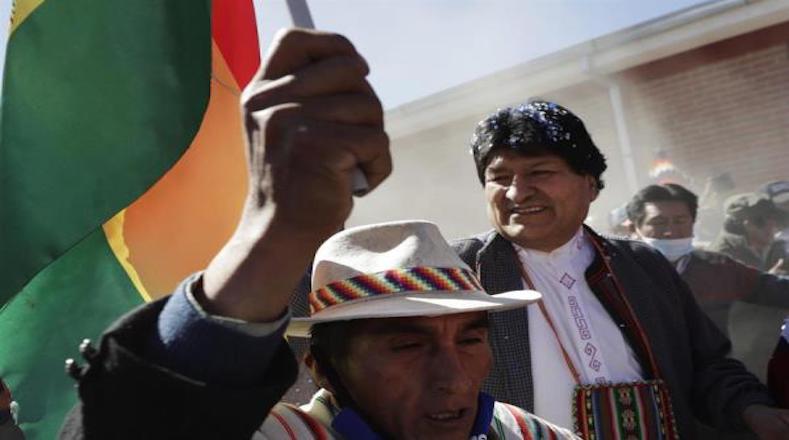 Supporters accompany Evo during the journey of his caravan to Oruro. Nov. 9, 2020. Photo:EFE

Representatives from the mining and agrarian sectors, Indigenous communities, and thousands of young people gathered at the border to greet the caravan. Photo:EFE 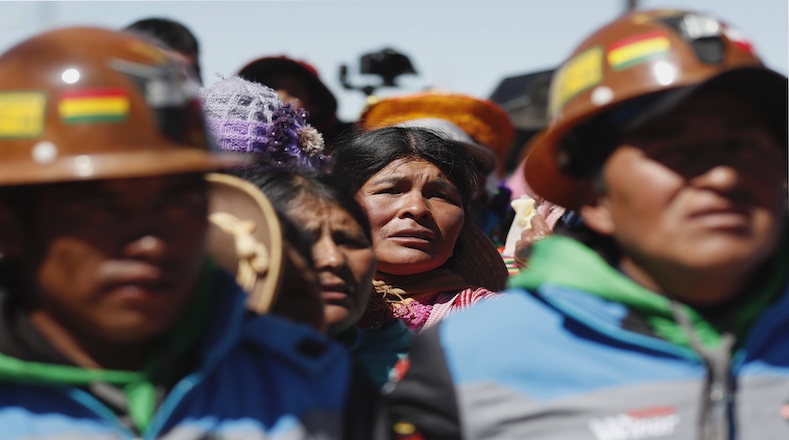