One death has been reported so far as thousands of Palestinians rallied at the Gaza-Israel border Saturday to mark the one-year anniversary of a surge of protests, facing off against Israeli forces massed across the frontier.

Israeli troops fired tear gas across the border and the Israeli military said some of the estimated 20,000 demonstrators threw rocks, grenades and burning tires towards them.

Clad in bright orange vests, Palestinian activists tried to keep people back, though some made it to the fence. Gaza medics said one Palestinian man was killed by Israeli fire before dawn on Saturday near the border barrier. Protesters are demanding the return of Palestinian refugees to their rightful land after being displaced by Israel.

The day also marks the Palestinian Land Day when on March 30, 1976, thousands of Palestinians demonstrated against Israeli government’s confiscation of 21,000 dunams i.e., 5,189 acres of Palestinian lands. Six young Palestinians were killed by Israeli forces that day as they cracked down on protesters. 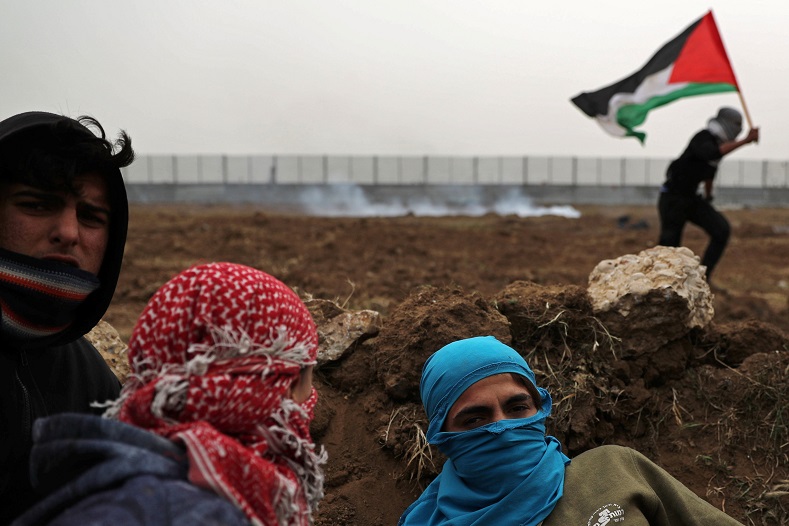 Confrontations have mounted this week ahead of the commemoration of the 'Great March of Return' protests, which began on March 30, 2018. A Gaza rocket attack wounded seven Israelis north of Tel Aviv on Monday and, in response, Israel launched a wave of air strikes and ramped up its forces at the border. Photo:Reuters 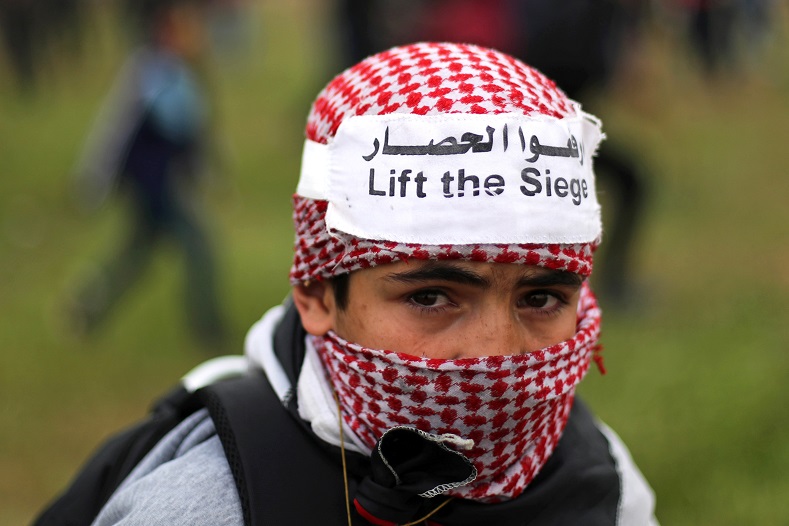 The protests have turned deadly in the past and Egyptian mediators were working to avoid further bloodshed and ease Israeli restrictions on Gaza. Leaders of Gazan armed groups Hamas and Islamic Jihad said that progress had been made in the truce talks. Photo:Reuters 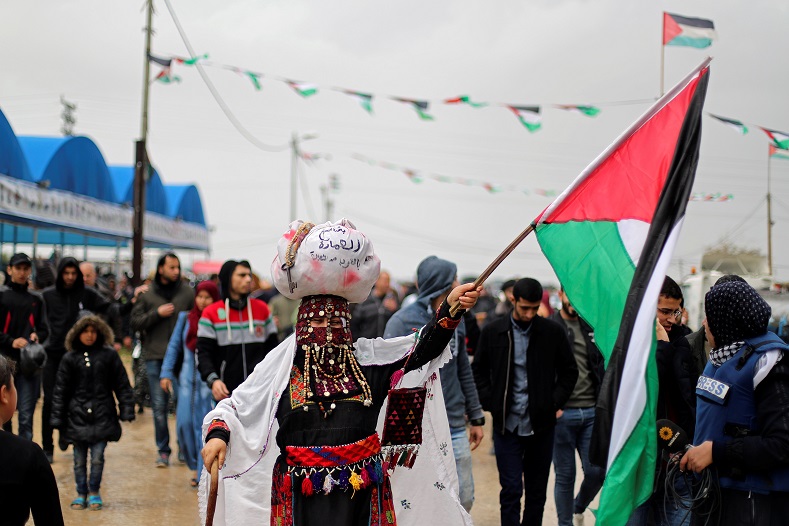 The protests call for the lifting of a security blockade imposed by Israel and Egypt, and for Palestinians to have the right to return to land from which their families fled or were forced to flee during Israel’s founding in 1948. Israel rejects that demand saying that would eliminate its Jewish majority. Photo:Reuters 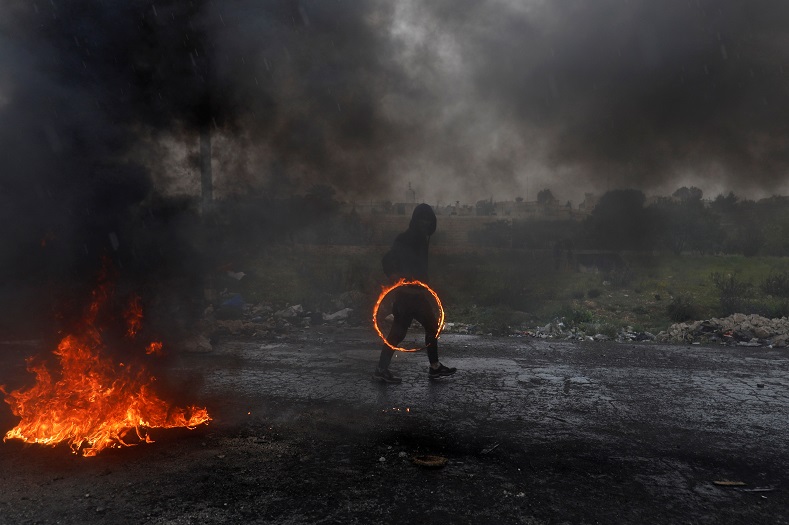 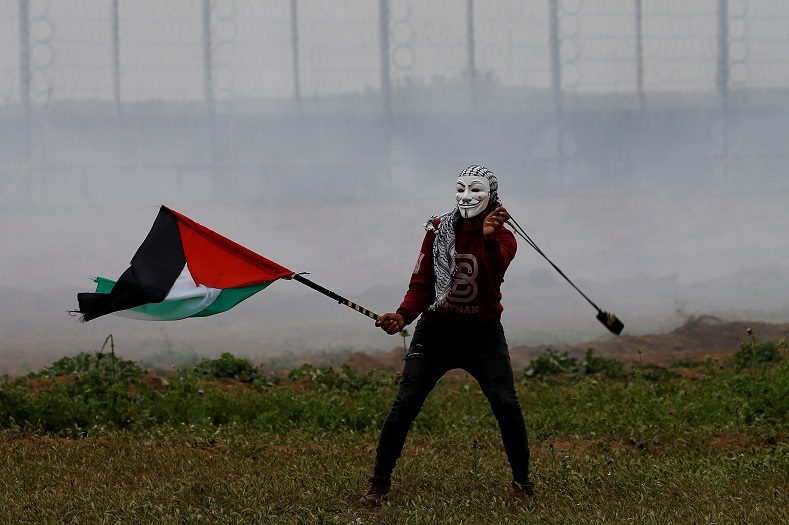 Loudspeakers on the Gaza side of the border blasted national songs and medical field units were set up in case of injuries as Gazans flowed to the various protest sites under heavy rain. The Gaza Education Ministry shut schools to encourage participation. Photo:Reuters 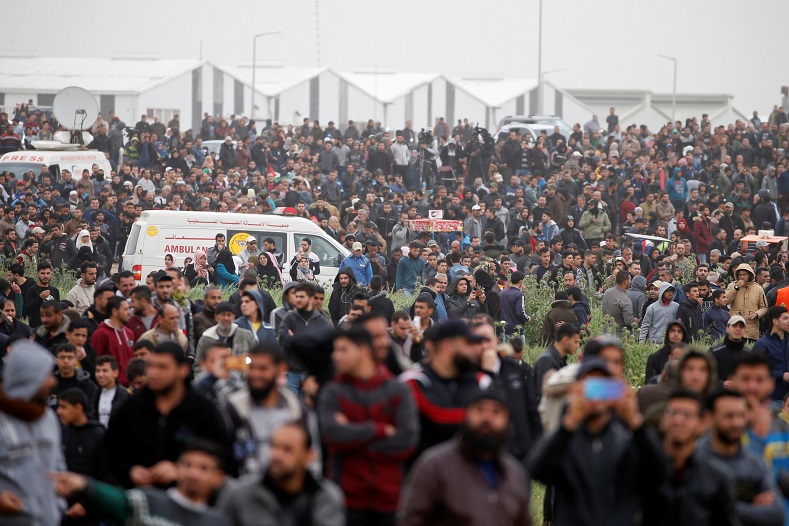 "In a year I will finish school, my father is unemployed so I will be unable to go to university, who is responsible? Israel," said 16-year-old Mohammed Ali. "I don't know how many years will pass before our lives improve but we should continue (protests) as long as the occupation and the blockade exist." Photo:Reuters 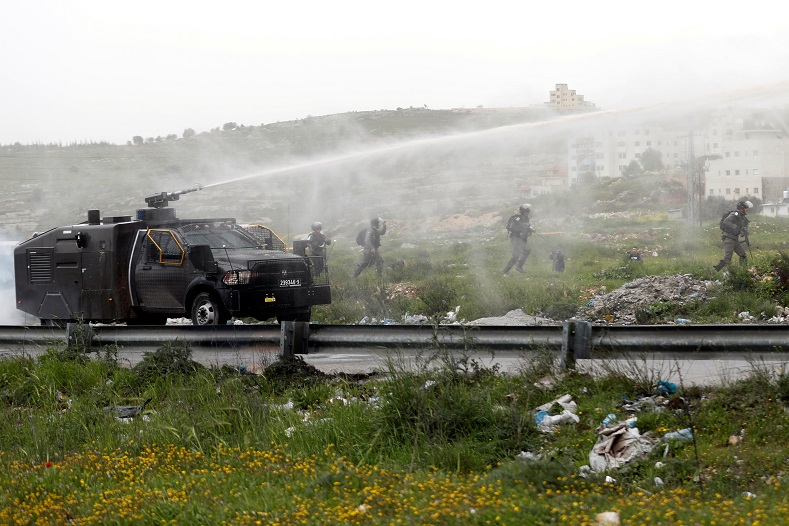 More than 2 million Palestinians are packed into the Gaza Strip, a narrow coastal enclave where poverty and unemployment rates are high. The Islamist Hamas group rules the territory and has fought three wars with Israel in the past decade. Photo:Reuters 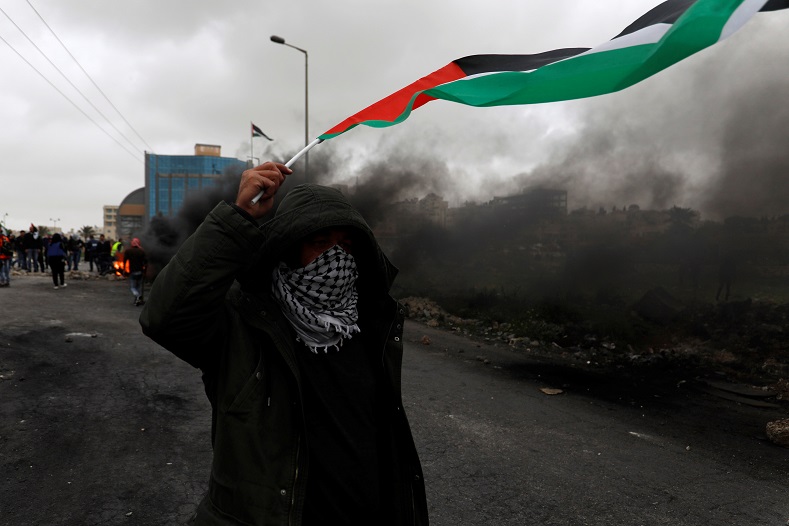 The blockade is cited by humanitarian agencies as a key reason for impoverishment in Gaza. Israel seized Gaza in a 1967 war and pulled out its troops in 2005. The security blockade, it says, is necessary in order to stop weapons from reaching Hamas and other armed groups which have fired thousands of rockets into Israel. Photo:Reuters