Every year the Spanish city of Pamplona becomes the center of attention in Spain due to its "San Fermin", a festival which has become famous all over the world for its spectacular images of bulls and people running together through the streets.

"The running of the bulls" is an event in which the bulls are released in the streets to travel about 848 meters along with hundreds who enjoy avoiding being run over for about two or three minutes.

The San Fermin Fest started at 12:00 pm local time on July 6, when a pyrotechnic rocket ("El Chupinazo") was released from a city hall balcony while thousands of people celebrate in the main square.

During the days of the festival, the "giants", enormous wood-and-paper puppet figures which are managed from inside, also travel the city as the population attends events such as bullfights, parades and fireworks.

But not everything is tradition. The San Fermin Fest also includes over 400 cultural spectacles, among which are concerts of jazz, pop and music from around the world. 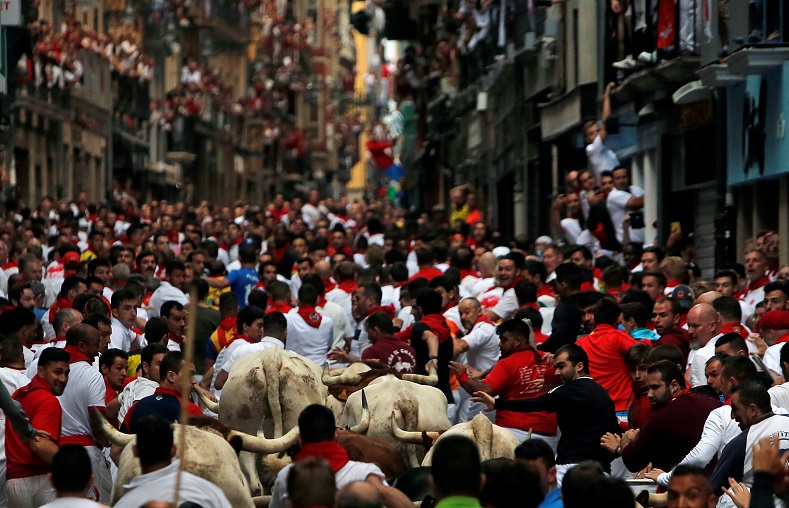 Revellers sprint in front of bulls and steers during the second running of the bulls on July 8. Photo:Reuters 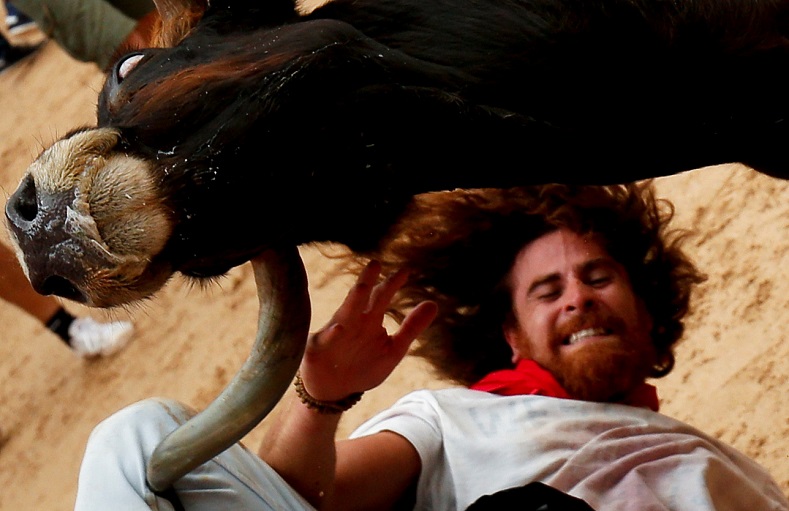 A reveller is tossed by a wild cow in the bull ring after the running of the bulls on July 9. Photo:Reuters 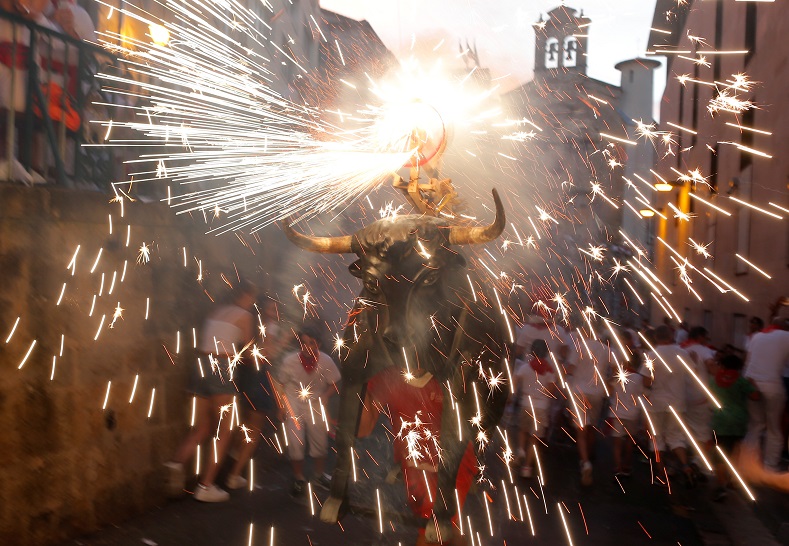 People run next to the 'Fire Bull', a man carrying a bull figure packed with fireworks, on July 7. Photo:Reuters 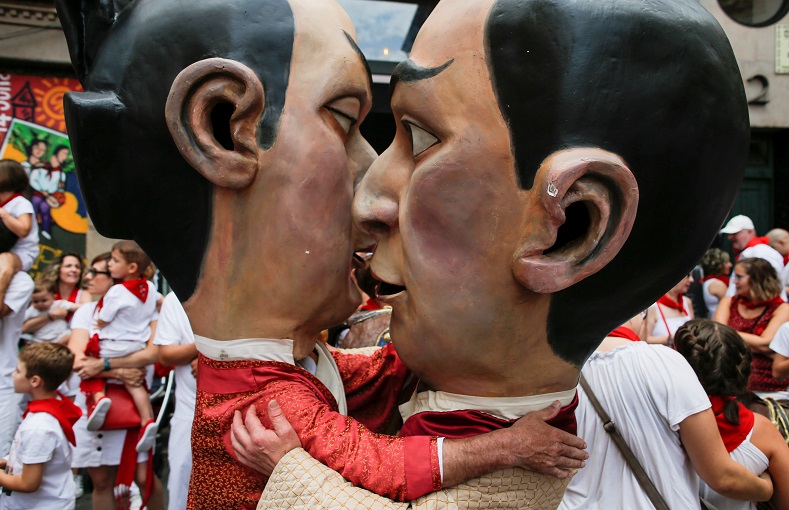 "Cabezudos" embrace each other at the Giants and Big Heads Parade on July 8. Photo:Reuters 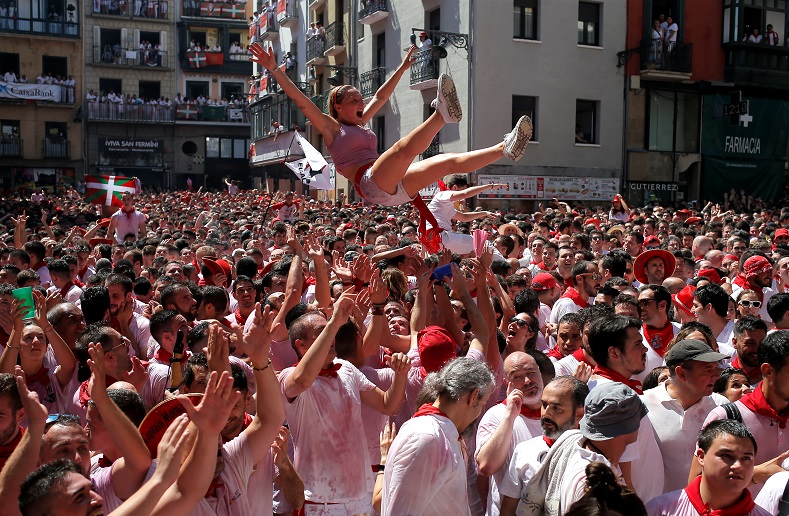 A woman is thrown into the air at the opening of the San Fermin Fest on July 6. Photo:Reuters 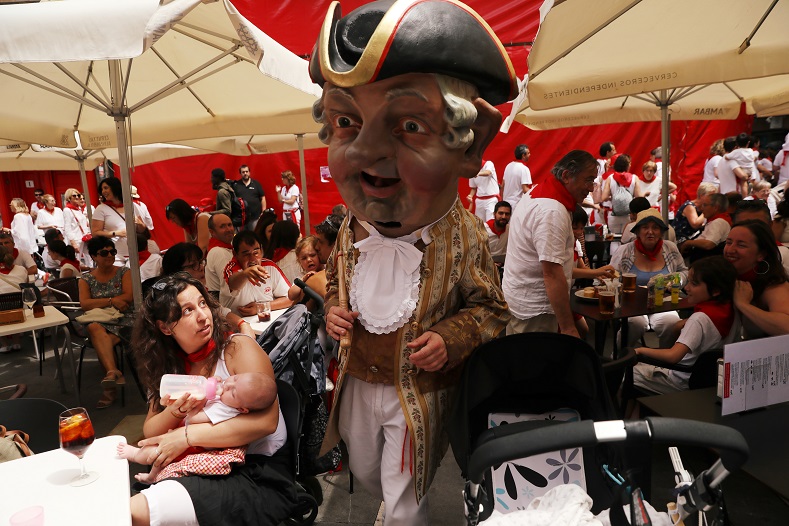 A woman feeding a baby reacts as a "Kiliki" walks during the Giants and Big Heads Parede on July 8. Photo:Reuters 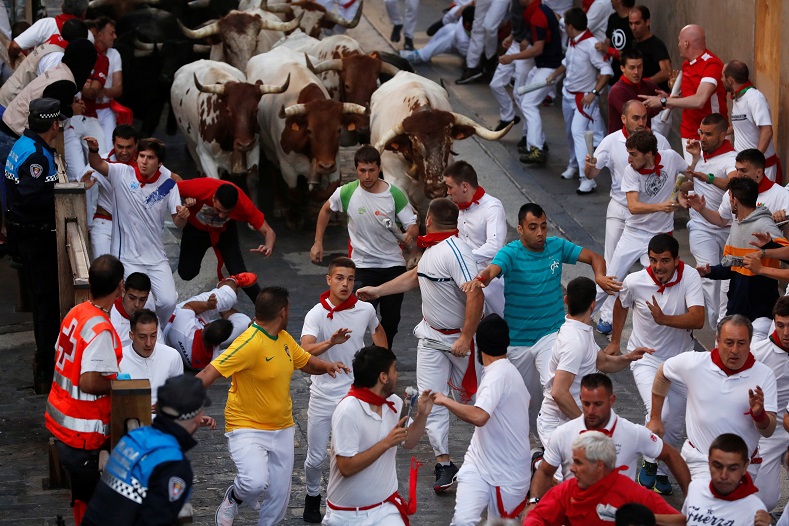 Revellers sprint near bulls and steers during the running of the bulls on July 11. Photo:Reuters 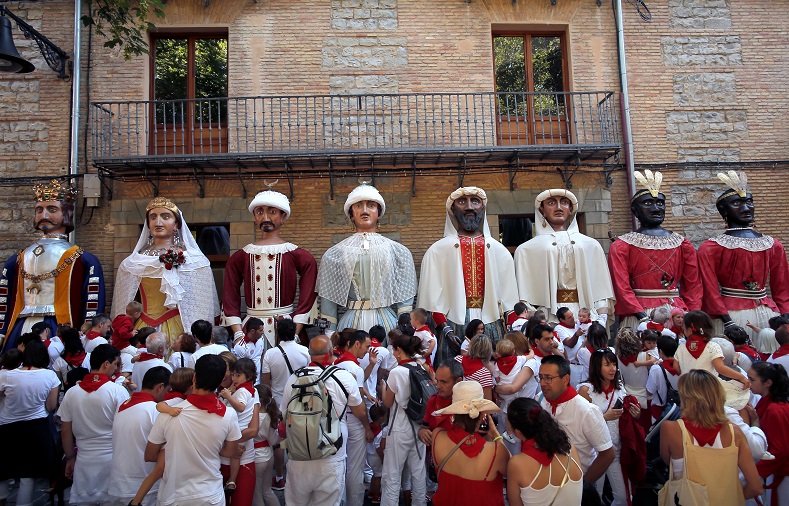 A group of big heads remains on display at a traditional place in Pamplona on July 10. Photo:Reuters