On Sept. 11 Catalonians commemorate Barcelona's capture by Bourbon forces in 1714, during the War of Spanish Succession. Today they highlighted their current struggle for independence and demanded the release of pro-independence politicians who were jailed after the October 2017 independence referendum. 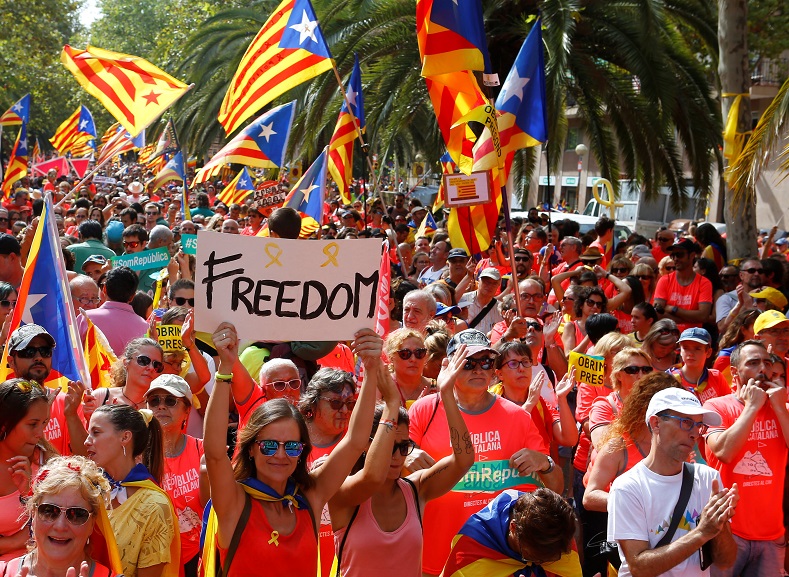 Over a million Catalonians gathered in Barcelona to celebrate their national day and to demand freedom for the political prisoners taken by the central government after the independence referendum. Photo:Reuters 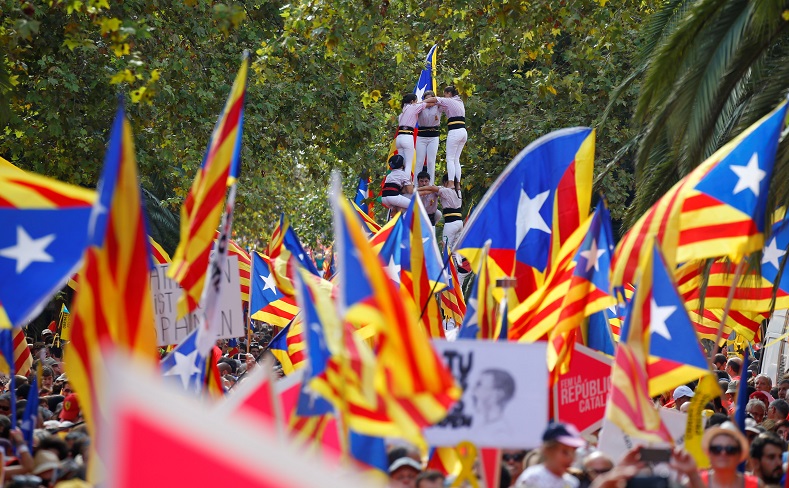 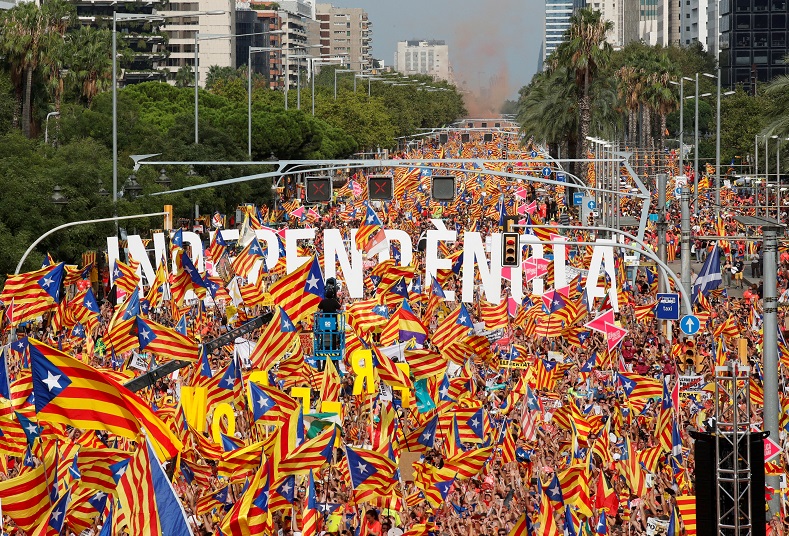 The Estelada, the flag symbolically flown by independence supporters, was seen throughout Barcelona. Photo:Reuters 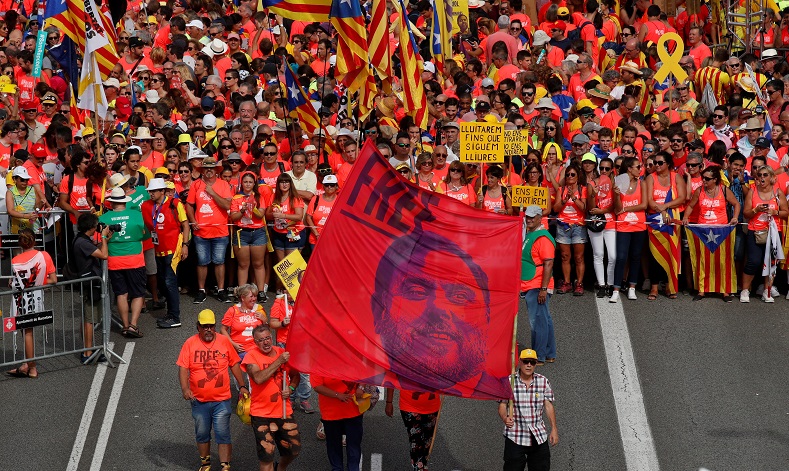 Demonstrators carry an image of Oriol Junqueras, former vice-president of Catalonia who was imprisoned on November 2017 on charges of rebellion. Photo:Reuters 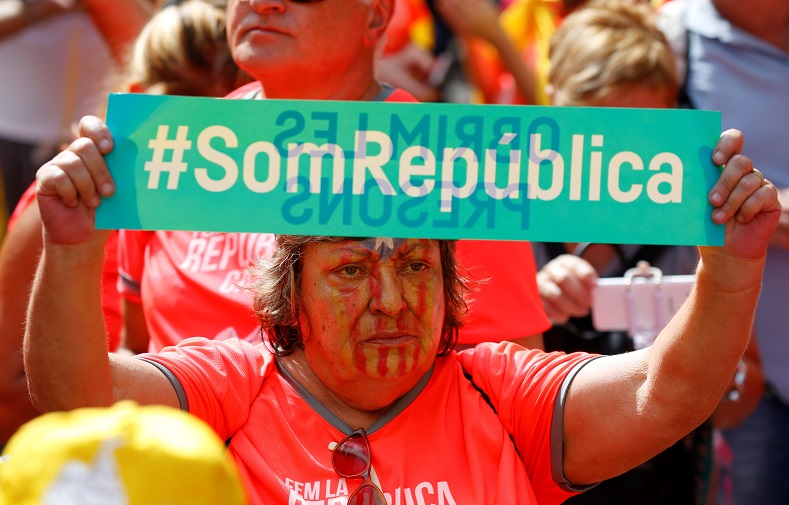 Catalonia has historically been at the forefront of the republican struggle against Spanish monarchic rule. Photo:Reuters 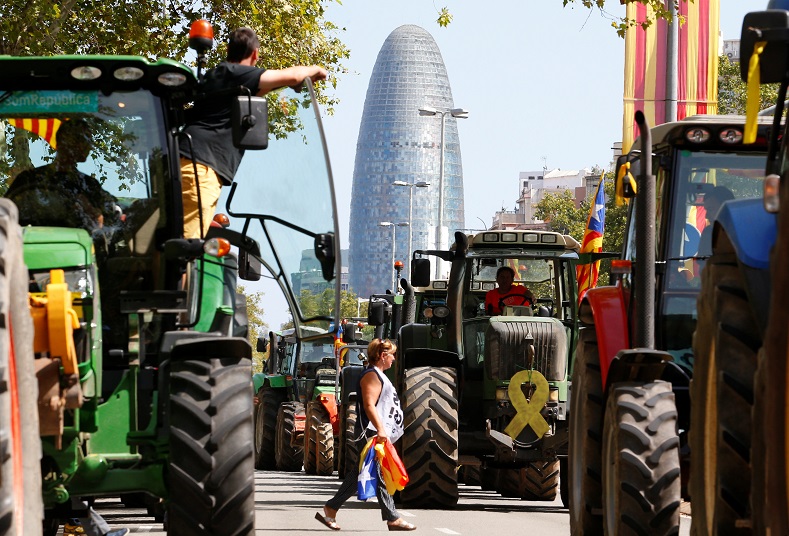 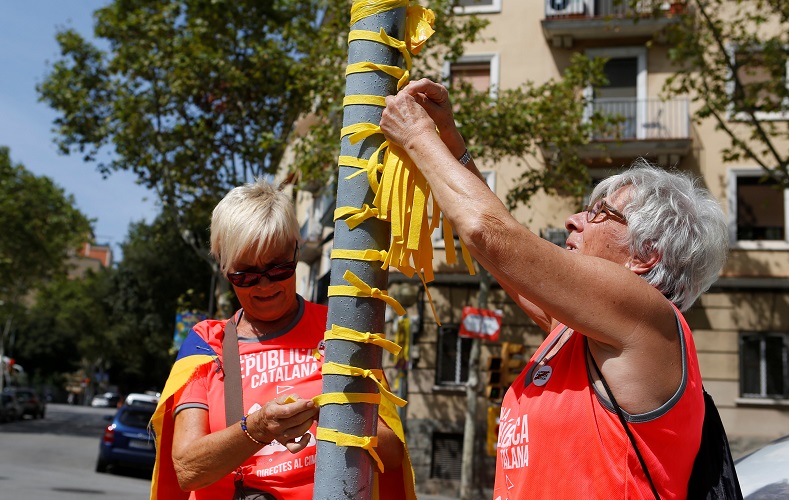 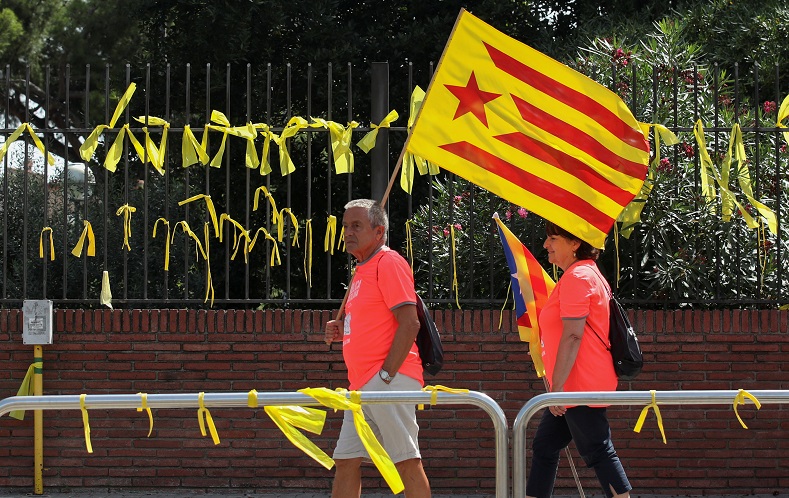 Current Spanish Prime Minister Pedro Sanchez promised there will be no repression against pro-independence protesters. Photo:Reuters