Thousands of migrants have traveled in a caravan, mostly on foot, from Honduras to the Mexico - Guatemala border, the journey has stretched for over 400 miles. They hope to reach the United States, however, they are have encountered a somewhat insurmountable obstacle at the Mexican border. Some have been forced to sleep while exposed to the elements, others have decided to turn back while the majority have said they are determined to press on. 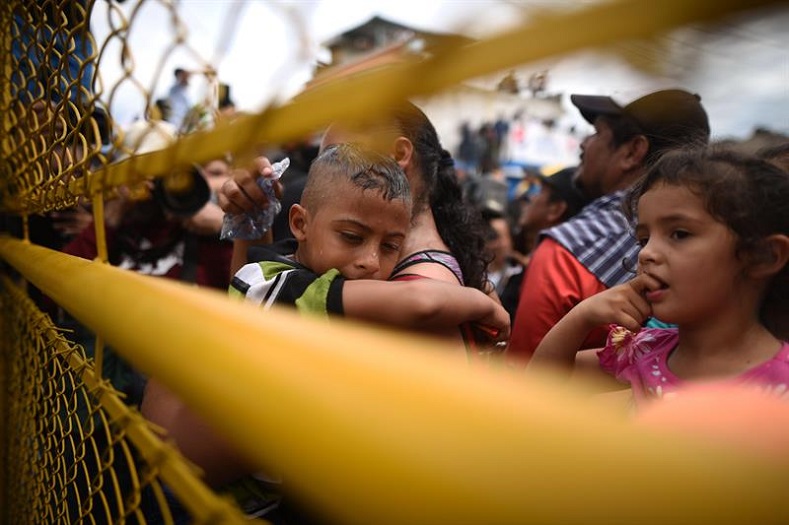 Many families are fleeing violence and poverty in Honduras and other countries in Central America. Photo:EFE 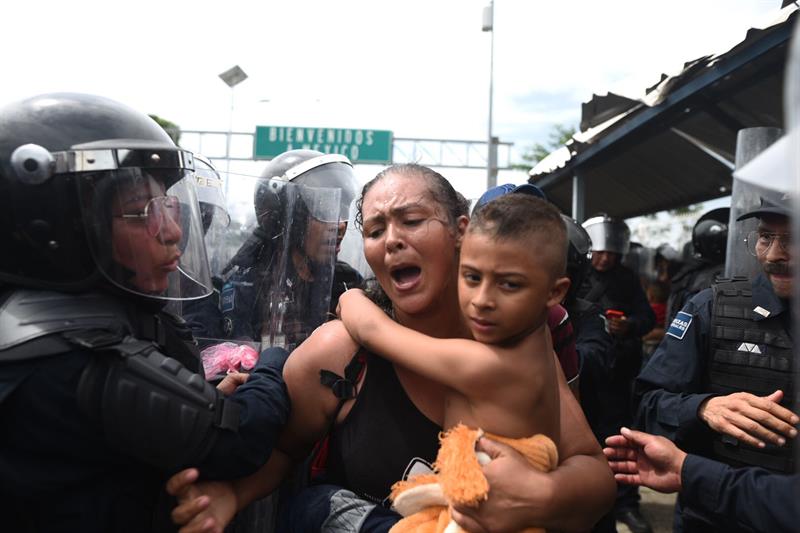 The Trump administration has intensified pressure on Mexico to prevent the caravan from reaching the United States. Photo:EFE 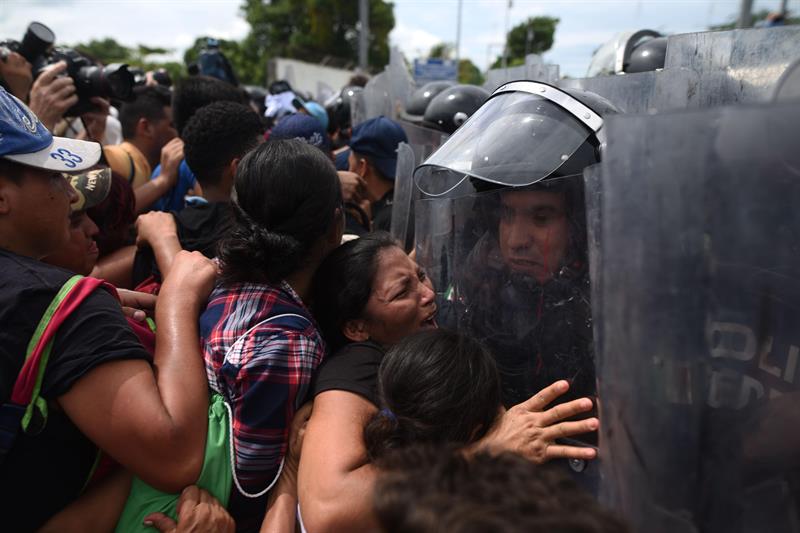 Migrants are corralled by police. United States President Trump has threatened to rescind $2.6 billion in aid to Central American countries unless the caravan is repressed. Photo:EFE 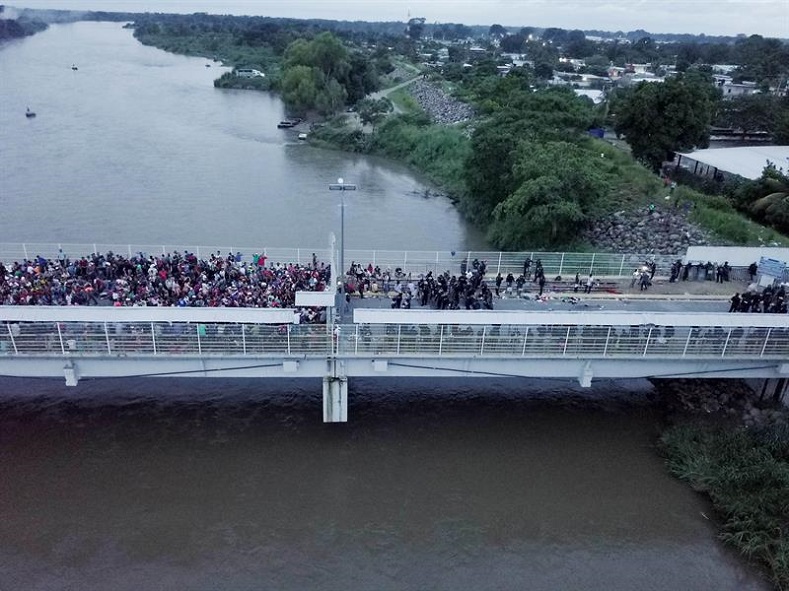 Mexican authorities have closed off a bridge, which separates Guatemala and Mexico, with barricades and heavily armed police officers. Photo:EFE 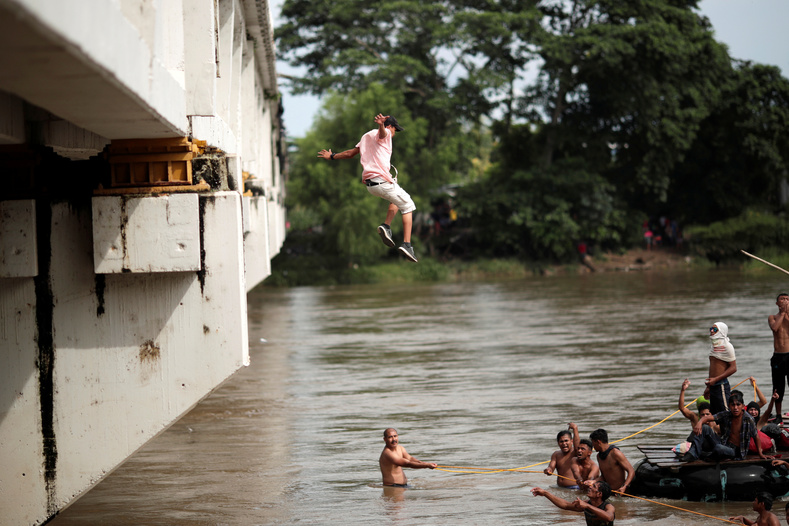 A Honduran man jumps from the bridge in the hope of reaching the Mexican shore. Photo:Reuters 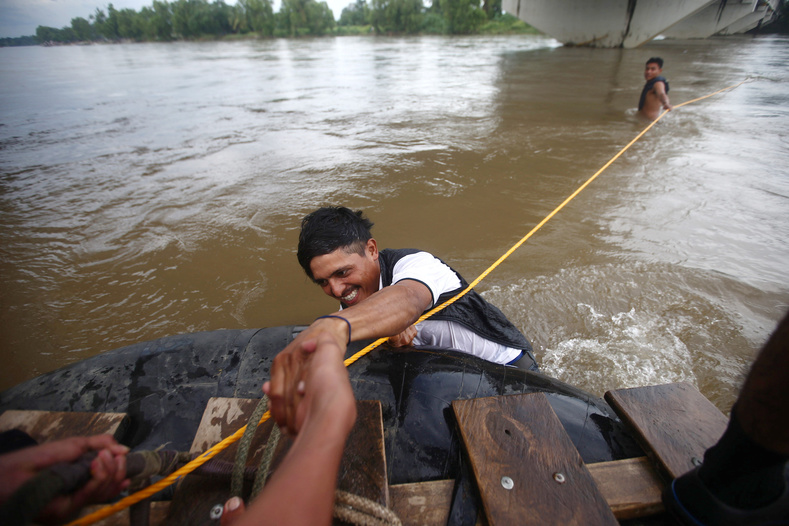 A young man, assisted by another migrant, crosses the river separating Guatemala and Mexico. Photo:Reuters 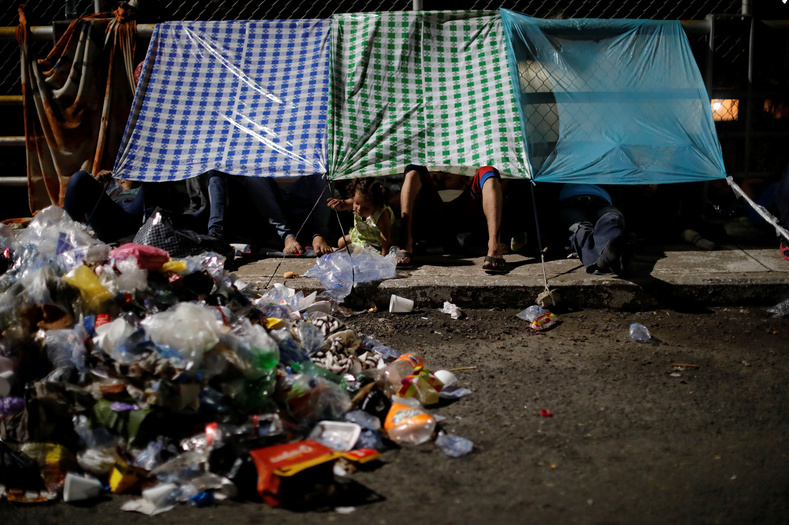 Others are still stranded at the border gate. A family traveling with the caravan sleeps on the street outside of a checkpoint. Photo:Reuters 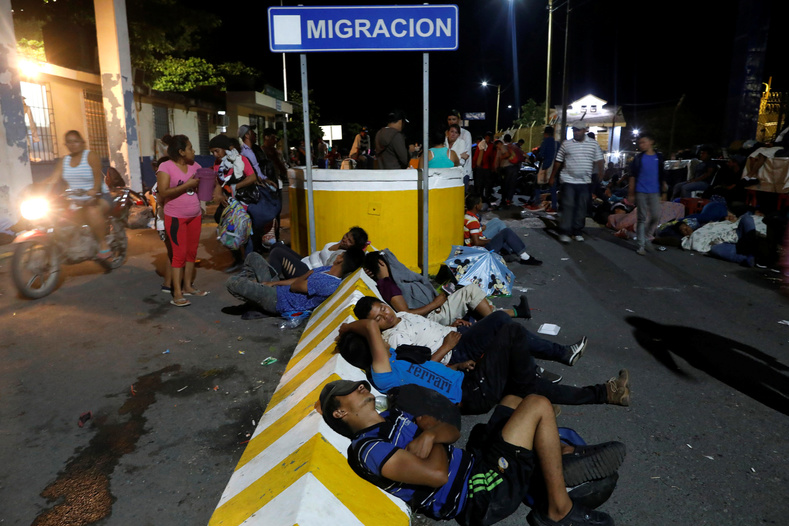 Migrants from the caravan sleep outside, exposed to the elements, at the checkpoint. Photo:Reuters 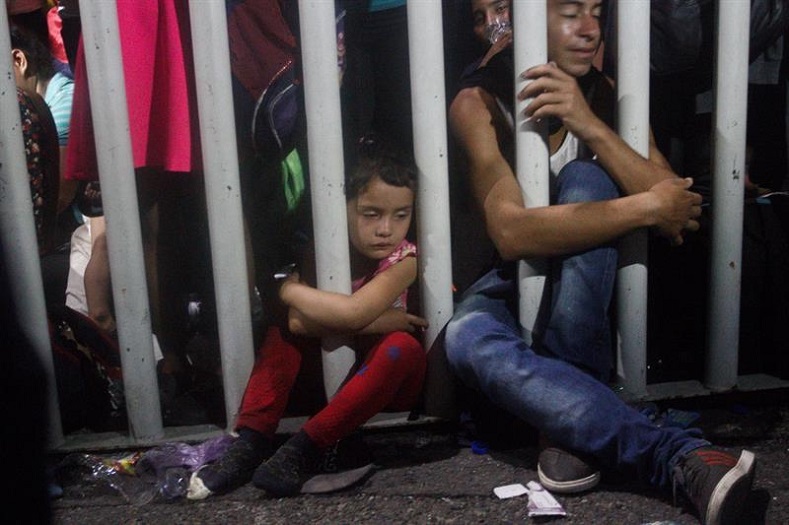 The fate of thousands who have taken this journey is unknown. Photo:EFE