The elections passed amid crowds of people who did not respect social distancing and long lines in front of polling centers.

Over 13 million Ecuadoreans on Sunday were called to elect their next president and vice-president, 137 members of the National Assembly, and five Andean parliamentarians.

Citizens complained of waits of up to three hours to access polling stations. In many polling stations, it was almost impossible to maintain social distance amid the large crowds that formed outside as the entrance to the centers was restricted to reduce the risk of COVID-19 contagion.

Several polling stations also failed to set up on time due to the absence of one or more of their members. In Quito, some voting tables were set up an hour later than scheduled, according to voters' complaints.

"If it wasn't because I know these are crucial elections for the country, I would have left," citizen Guisella Paz said.

Meanwhile, Ecuadorians living in New Jersey (the U.S:) waited in line up to a one-block long line to enter and vote at a temperature of -2° Celsius. Umbrellas and scarves were needed to face the intense cold and snow.

According to local outlets, the National Electoral Council (CNE) is responsible for the irregularities and delays that occurred during Election Day. 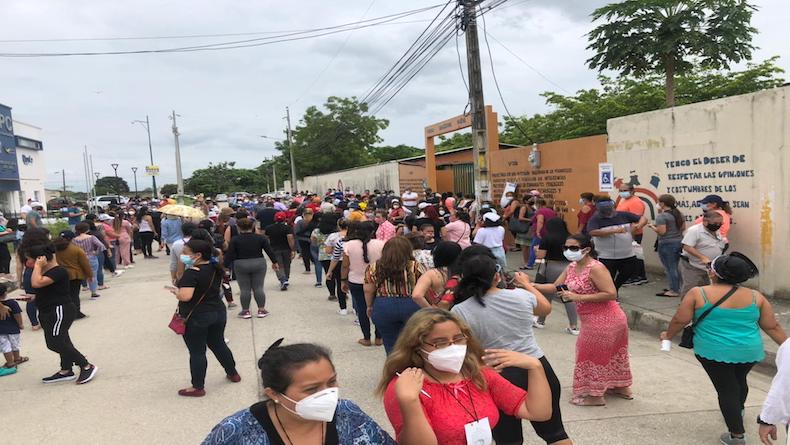 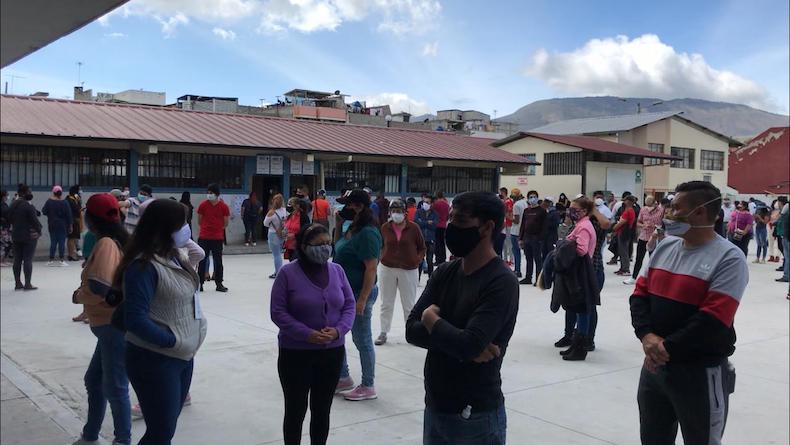 A group of people do not respect the physical distance at a polling station in Quito, Ecuador, Feb. 7, 2021. Photo:Twitter/ Twitter/ @DialoguemosINFO 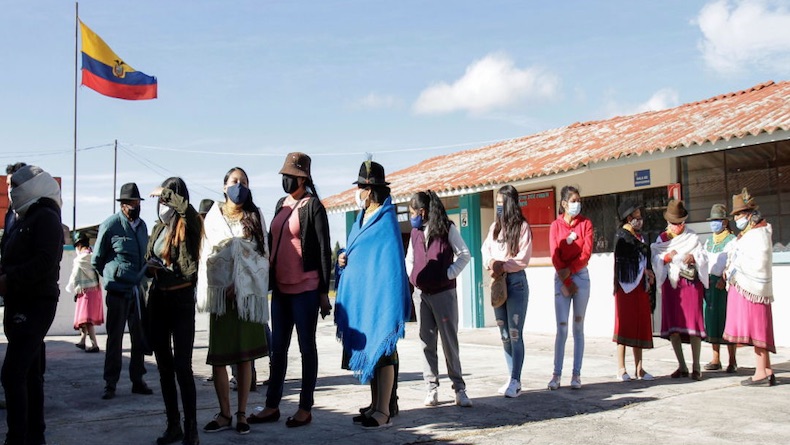 A long line of people wait for hours under the sun, Quito, Ecuador, Feb. 7, 2021. Photo:Twitter/ @SputnikInt 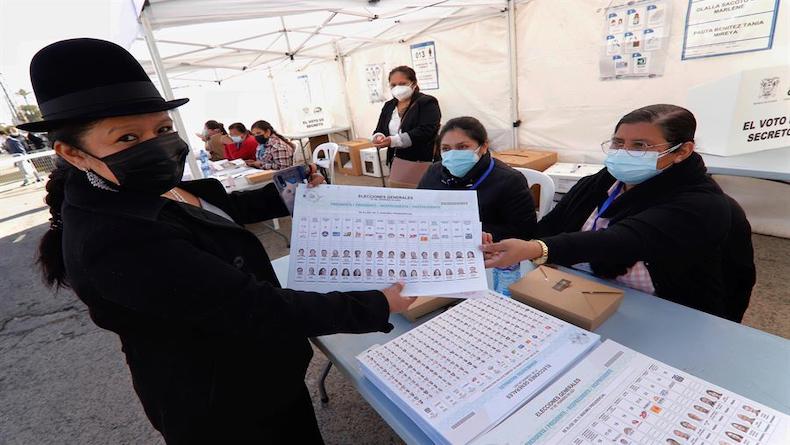 An Ecuadorian voter picks up her ballot paper in Murcia, Spain, Feb. 7, 2021. Photo:EFE 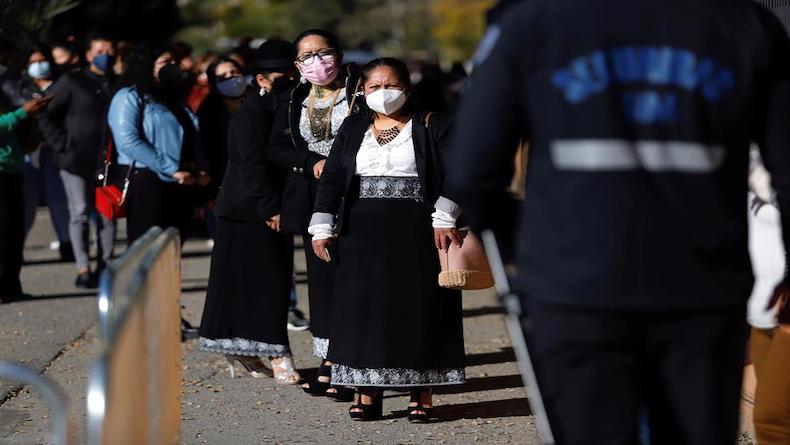 Ecuadorian voters wait in line to cast their vote at a polling station in Murcia, Spain, Feb. 7, 2021. Photo:EFE 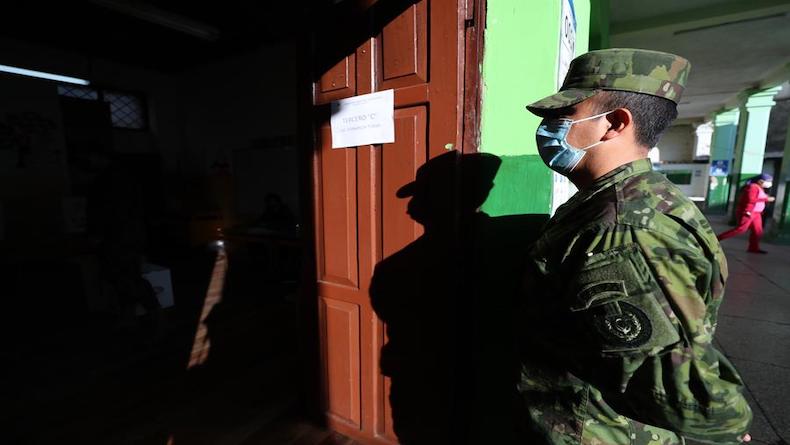 A military officer waits his turn to vote in Quito, Ecuador, Feb. 7, 2021. Photo:EFE 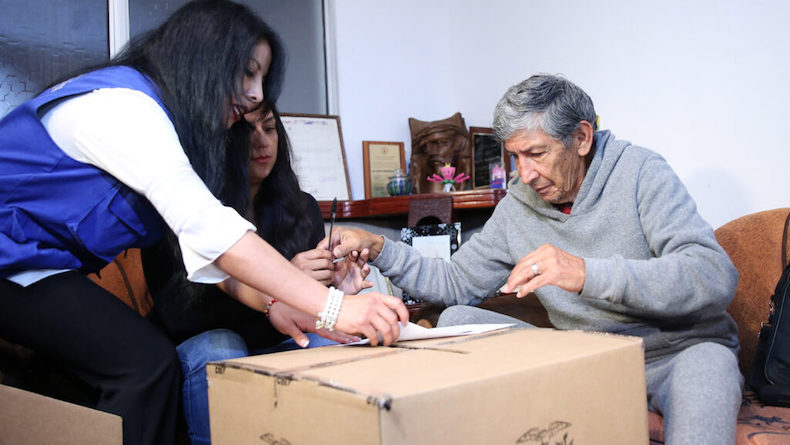 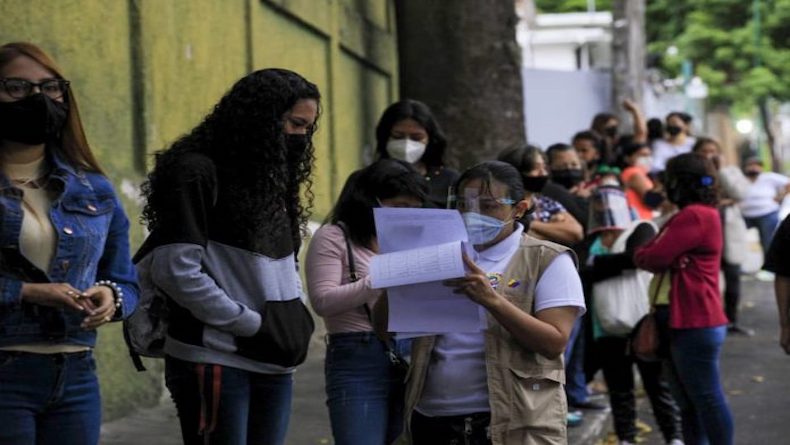 Ecuadorians wait to cast their vote at a polling station in Caracas, Venezuela. Feb. 7, 2021. Photo:Twitter/ @ISB_VE 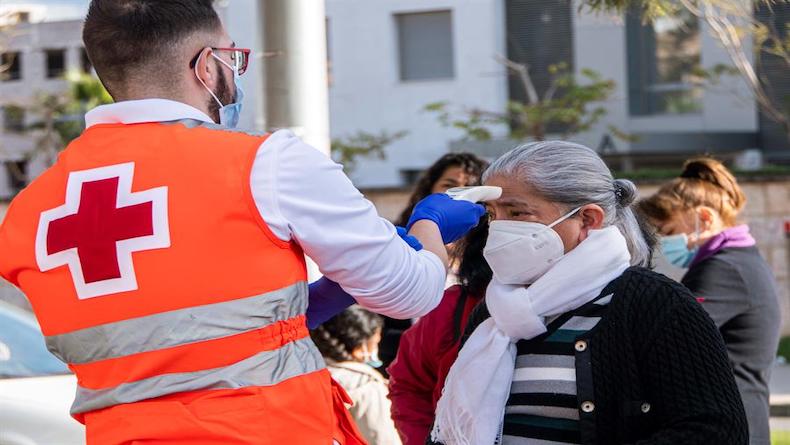 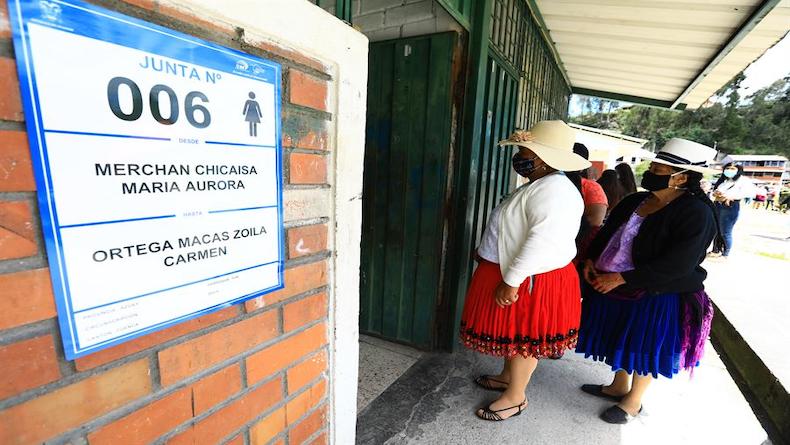