Over 100,000 students, professors, and university directors in Colombia participated in the National March in Defense of Higher Education to demand higher budgets for the country's 32 public universities and for more transparency from the national government Wednesday. After the massive mobilization, which took place nationwide, the universities entered an indefinite national strike until the government of president Ivan Duque meets their demands. 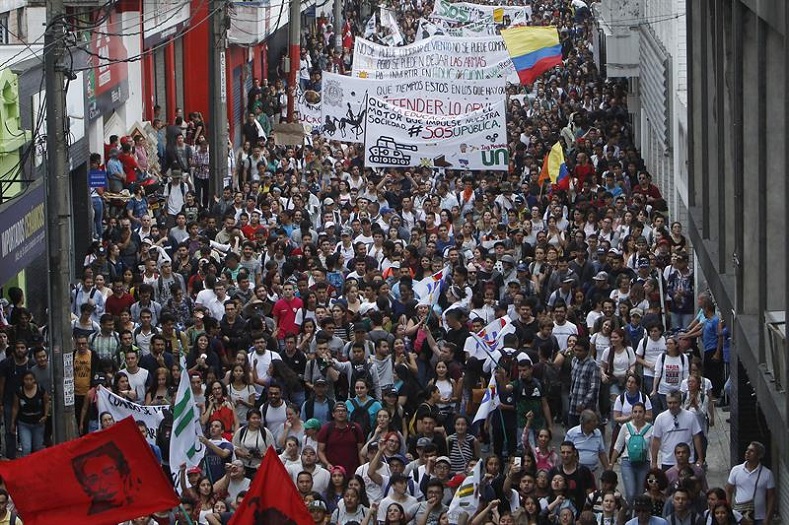 Public universities in Colombia are facing a major financial problem due to a 1992 law that stipulates resources will vary with inflation without taking into account the overall student body increase. Photo:EFE 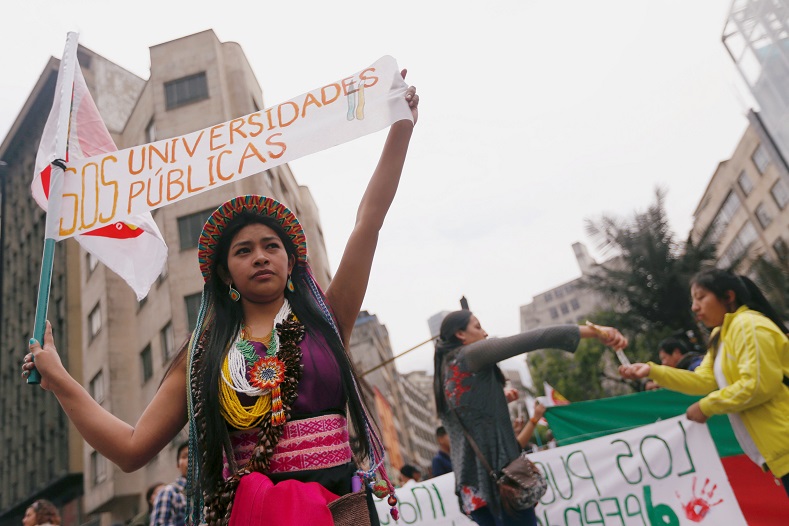 Public universities today have triple the amount of students they had in the nineties. Without a budget increase of roughly US$1 billion, the schools will not be able to cover basics such as payments to providers and workers. Photo:Reuters 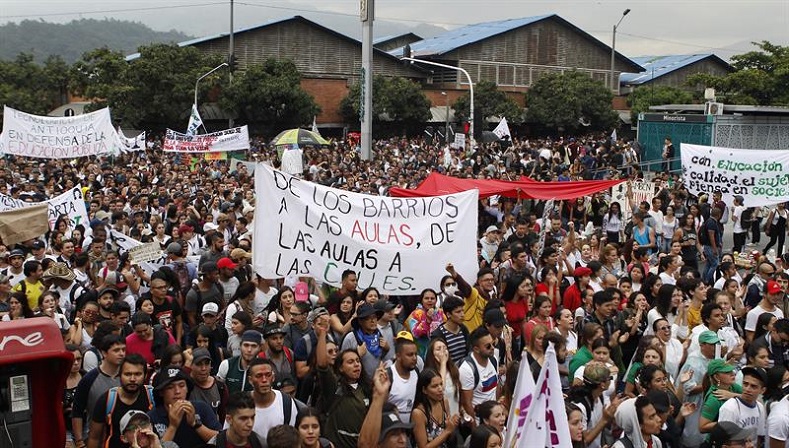 A protester in Medellin holds a sign which reads: "From the neighborhoods to the classrooms, from the classrooms to the streets." Photo:EFE 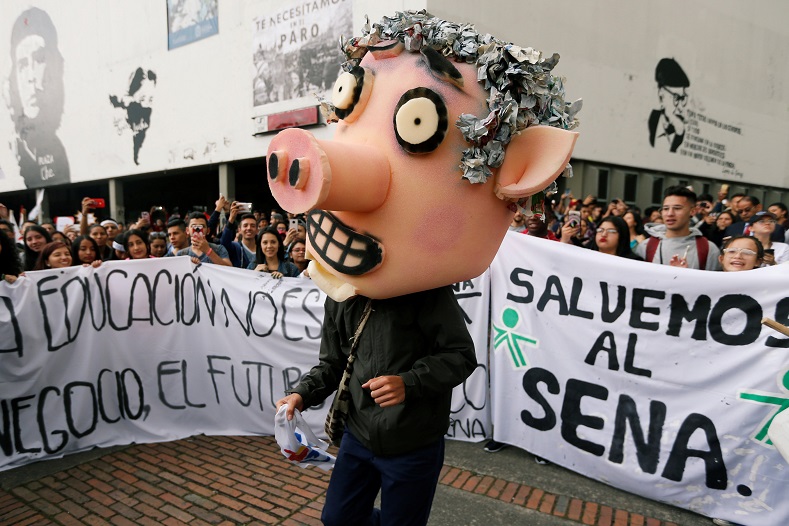 A protester with a mask depicting President Duque. In the background, people hold signs reading: "Education is not business, it is the future," and "Let's save the SENA." Sena is a Colombian institution that provides free technical and technological programs for millions of Colombians. Photo:Reuters 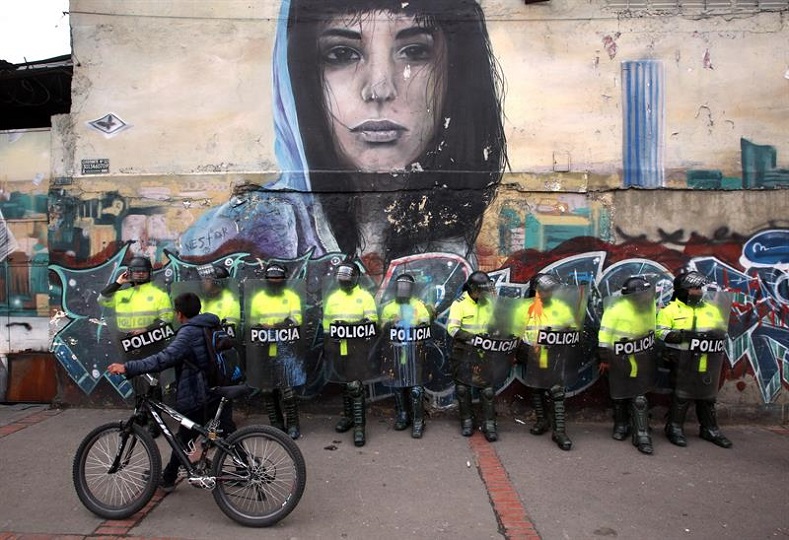 Despite a heavy police presence, the march was peaceful and no incidents of violence were reported. Photo:EFE 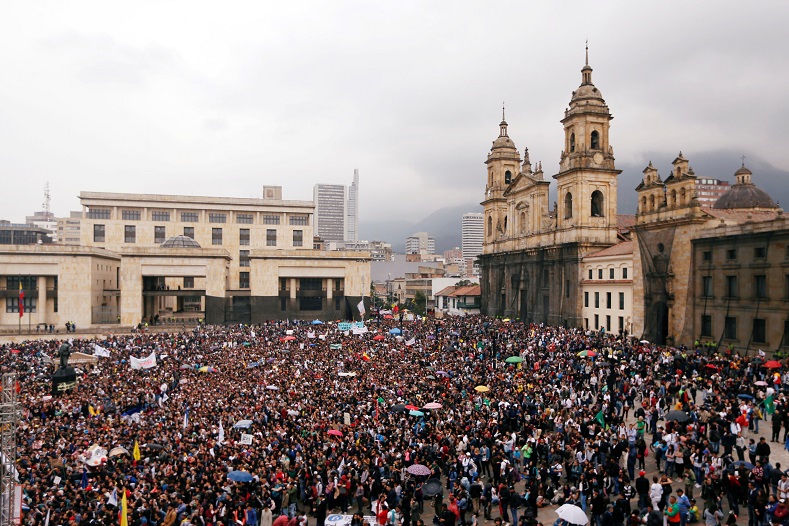 Over 45,000 people marched in Bogota. They gathered in Bolivar Square to listen to the demands of the student movements and education sector. Photo:Reuters 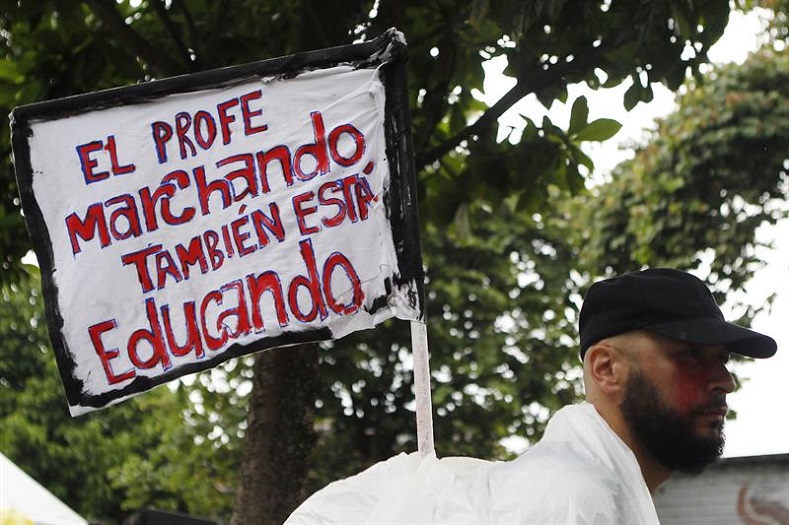 "The teacher who is marching is also educating." Photo:EFE 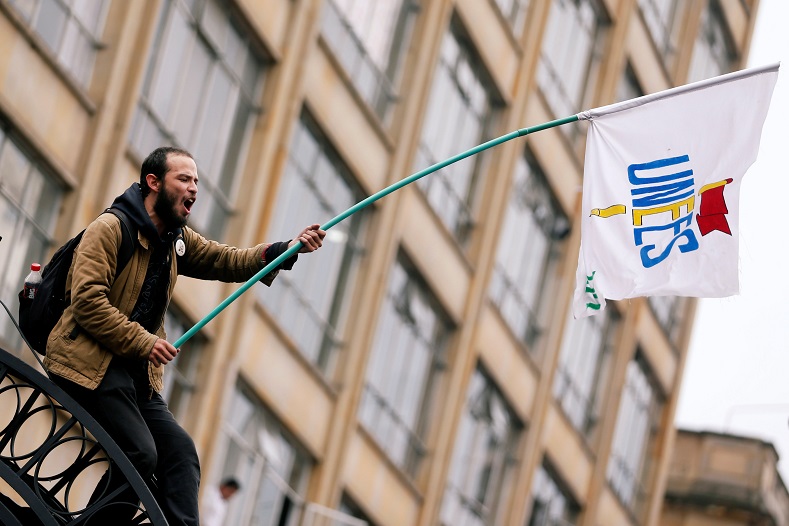 Protesters will remain on strike until the government meets their demands. The 2019 budget will be finally decided on October 20. Photo:Reuters