Central American Exodus At US-Mexico Border, US Military Too

Over 400 of the first migrant caravan reach Tijuana and climbed the border fence. Thousands more are expected as U.S. troops barricade ports of entry.

After traveling for over a month about 400 members of the first caravan of the Central American Exodus reached the United States border with Mexico in Tijuana.

The U.S. administration of Donald Trump is using rhetoric and military force to deter the asylum seekers. Most recently by ordering troops to install reams of barbed wire over existing fences at the San Ysidro port of entry in San Diego.

Thousands of Central American asylum seekers are expected to arrive at the border in the coming days as they travel north up Mexico’s coast.

The second through fourth caravans are catching up, traveling through the Mexican states of Puebla and Veracruz. 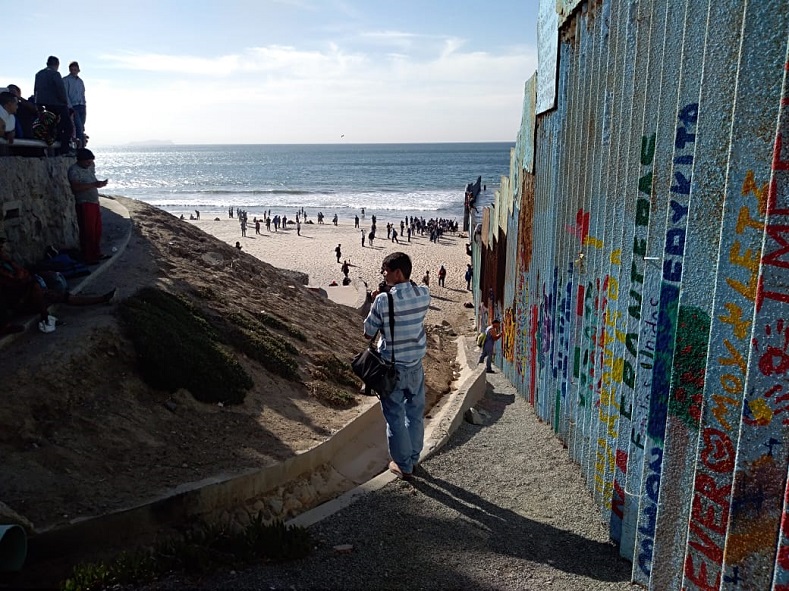 The members of the first Central American Exodus reach the Tijuana-San Diego border. On Nov. 9 President Trump signed a decree making those who enter the country without documents ineligible for asylum Photo:La Jornada Baja California 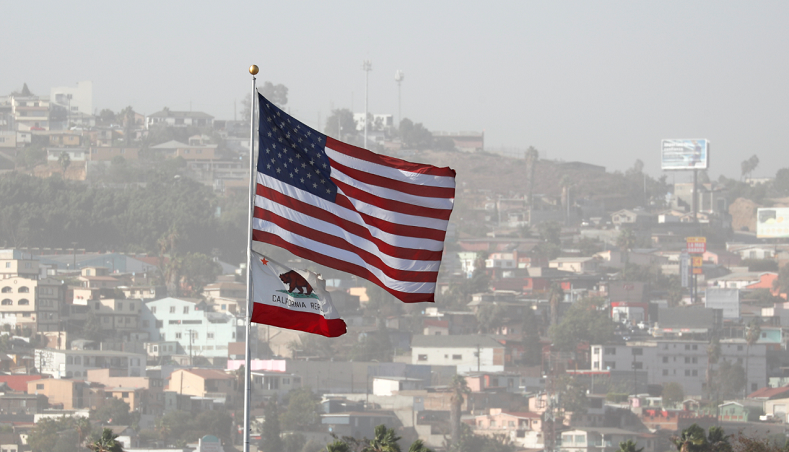 U.S. and California state flags at the Tijuana-San Diego border. The approximately 10,000 migrants from four Central American caravans are expected to arrive here in the coming days. About 70 LGBTQ migrants arrived in Tijuana Sunday. Photo:Reuters 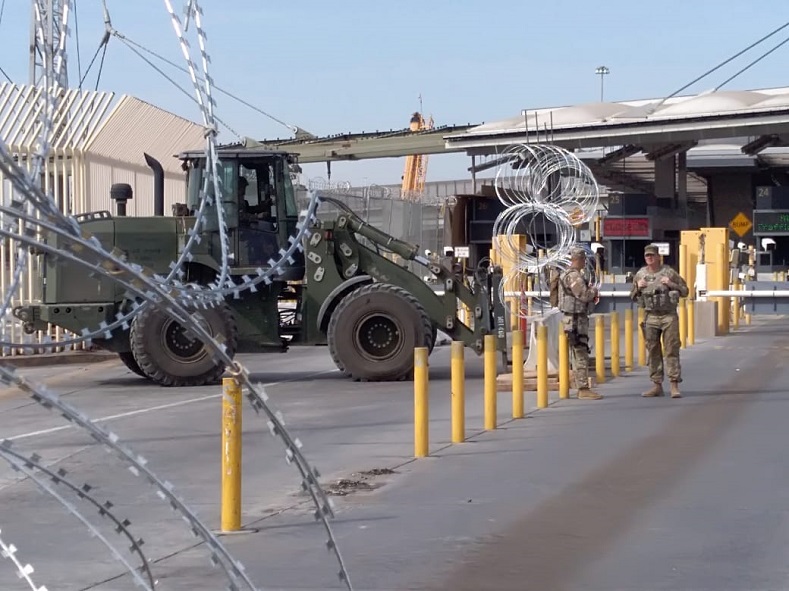 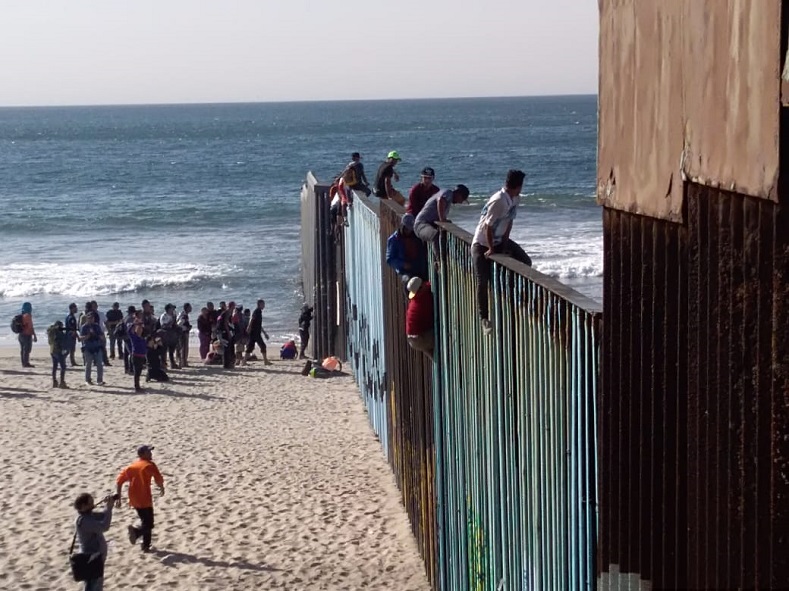 Central American asylum seekers climb the fence at the Tijuana-San Diego border. Many Mexican organizations have helped them as they traveled through the country but the Mexican government has taken measures to deter their U.S. arrival, including blocking 70 buses. Photo:La Jornada Baja California 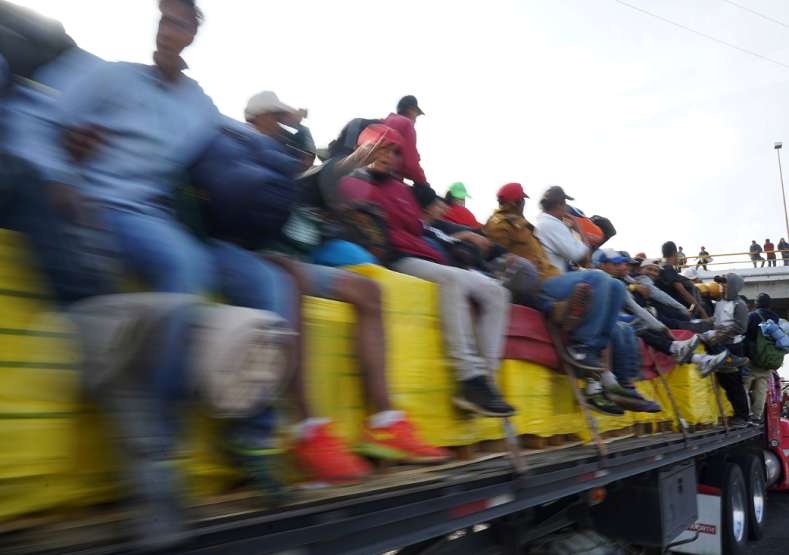 Members of the Central American caravan ride on top of a truck in Irupuato, Irapuato, Mexico. They have traveled thousands of kilometers in dangerous conditions, mainly from Honduras, to escape the country's poverty and violence. Photo:Reuters 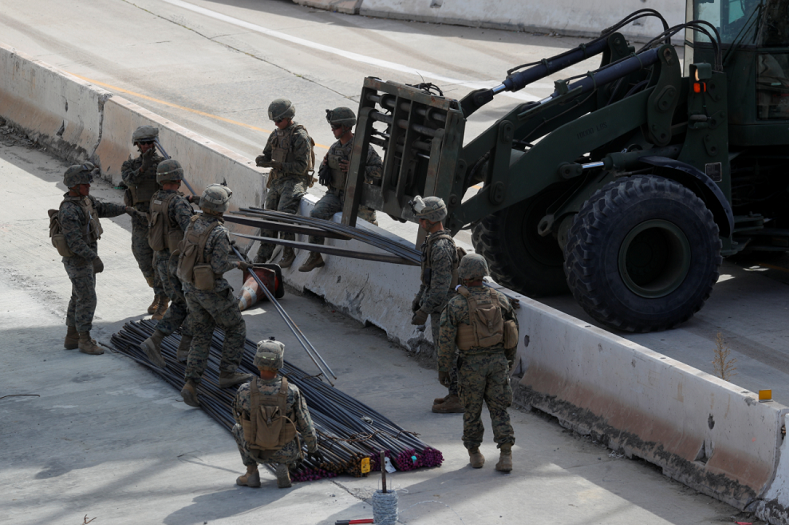 The U.S. Customs and Border Protection (CBP) says it will close lanes at the San Ysidro and Otay Mesa crossings from Tijuana. Over 5,200 U.S. troops were recently deployed to the border, another 2,000 are expected to arrive soon. Photo:Reuters 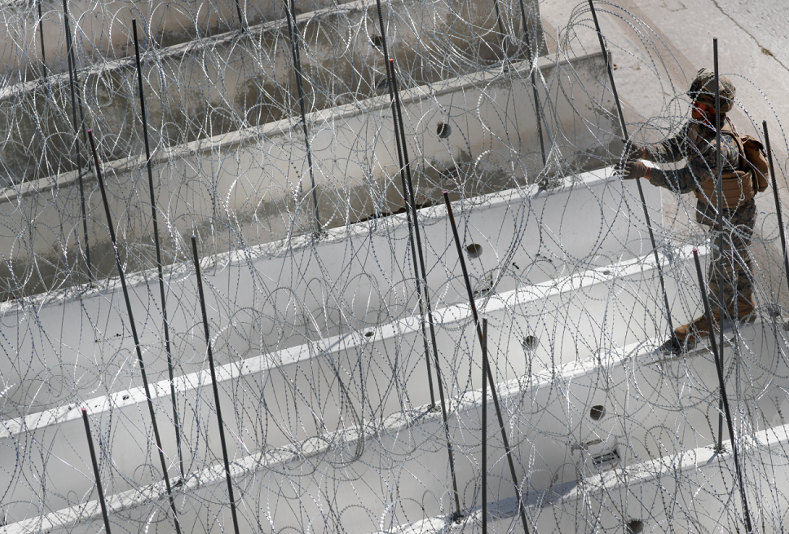 A U.S. soldier at the San Ysidro port of entry in San Diego, CA. The American Civil Liberties Union (ACLU) sued the administration over its attempt to prevent people from applying for asylum. Photo:Reuters