IN PICTURES: The new year gets underway in Argentina with nationwide strikes and protests following massive dismissals in the public sector.

A large mobilization started in Buenos Aires' obelisk and united with other protests in front of the Modernization Ministry building. The ministry is seen as the main government organism in charge of the cuts, and the protest was addressed by several union leaders.

Godoy warned that the public dismissals were only the start and that mass dismissals would also follow in the private sector. "We're seeing the destruction of State resources, which is the wealth of the Argentinian people that the government wants to transfer to its friends' enterprises."

Oscar de Isasi, head of the ATE in Buenos Aires, said it's their duty to fight back and that they intend to transform the ministry into "a sound box of our demands."

General Secretary of the Argentine's Republic Medical Propaganda Agents' Association Ricardo Peidró said: "There is no negotiation opportunity in which we can sit and talk about the dismissals.

"In this socioeconomic situation, a dismissed comrade is virtually a social death, because there's no reemployment but more dismissals and adjustments in the private sectors."

"Thousands of workers are beginning a very distressing year due to the number of dismissals by the National Government."

The government aims to “deconstruct the State in the control area in benefit of international corporations and dismantle productive areas," Godoy concluded.

Confirming 18 new dismissals today, the Argentine Education Internal Commission and the Television, Multimedia, Interactive and Data Services (SATSAID) declared themselves on strike until they're able to hold a meeting with the Labor Ministry.

In the last seven days 1,200 workers have been fired from different state-owned enterprises. According to the ATE, Military Products registered 340 dismissals; the Defense Ministry had 70; National Communications' Entity (ENACOM), 108. The Energy Ministry reported140; the National Health and Food Quality Service (Senasa), 120, and Public Digital Television, 180.

Others affected were the modernization, environment and culture ministries; the Gabinet's Central Office; the President's Office; National Radio; the Cinema and Visual Arts Institute, and the Social Security National Administration.

In a press release, ATE said they hope the strike will serve as a "useful beginning to organize the resistance for the reincorporation of every dismissed worker. We need to form assemblies without an affiliated and non-affiliated distinction, and form dismissed-workers commissions in order for them to take the leading role in the decisions being voted." 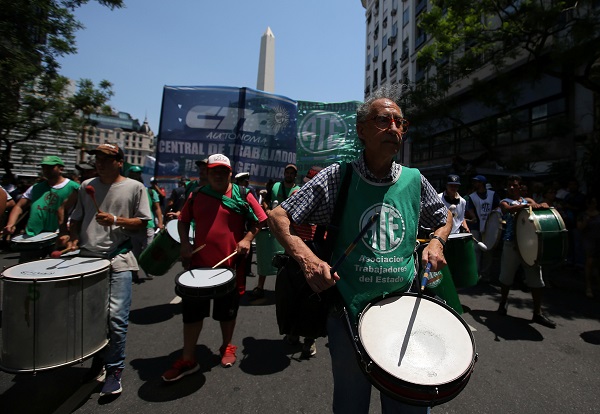 A man plays a drum during a protest against layoffs in Buenos Aires, Argentina January 4, 2018. Photo:Reuters 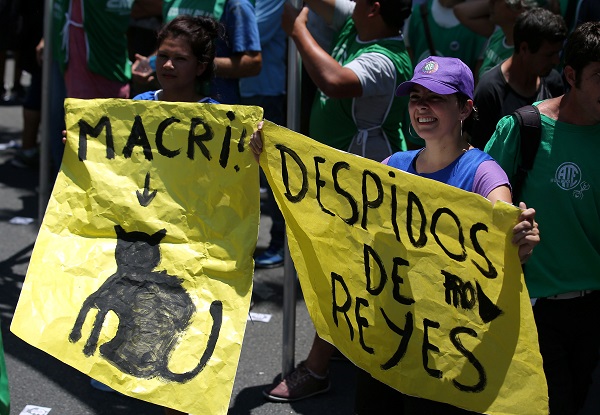 A woman holds a banner that reads in Spanish, 'Lay off the Wise Men', during a protest against layoffs in Buenos Aires, Argentina January 4, 2018. Photo:Reuters 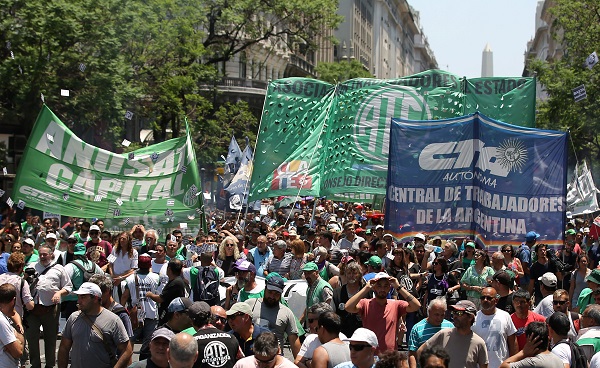 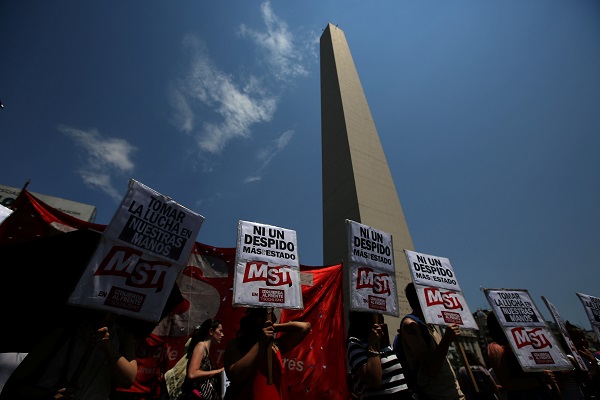 Demonstrators holds banners that read in Spanish, 'No more state layoffs', during a protest against layoffs in Argentina. Photo:Reuters 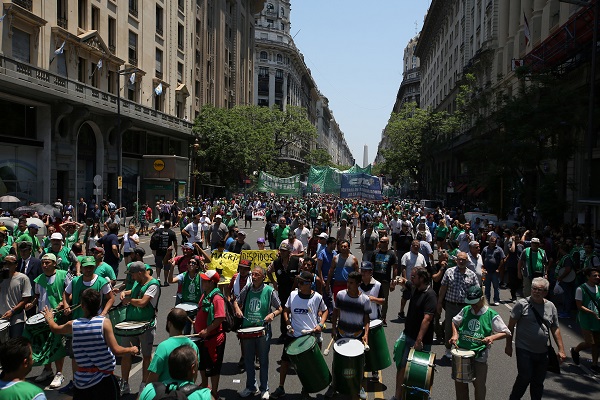 People march towards Ministry of Modernization during a protest against layoffs in Buenos Aires, Argentina January 4, 2018. Photo:Reuters 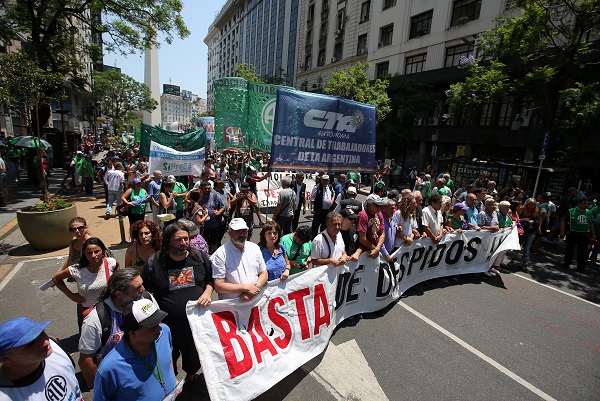 People march towards Ministry of Modernization during a protest against layoffs in Buenos Aires, Argentina January 4, 2018 Photo:Reuters 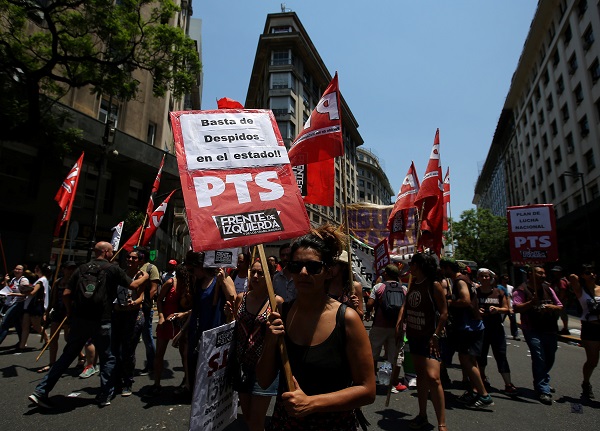 A woman holds a banner that reads in Spanish, 'No more state layoffs', during a protest against layoffs in Buenos Aires, Argentina January 4, 2018. Photo:Reuters