IN PICTURES: On September 13, about 23,000 students of different high schools, universities and other educational institutions marched in Mexico City to commemorate the 50th anniversary of 1968's iconic March of Silence, demanding an end to violent attacks by mercenary shock groups.
The shock groups have existed for about 80 years and have important political links with university authorities. Now, students are organizing to put a definite end to them and punish those responsible. They were joined by social organizations, who agreed to support the campaign. 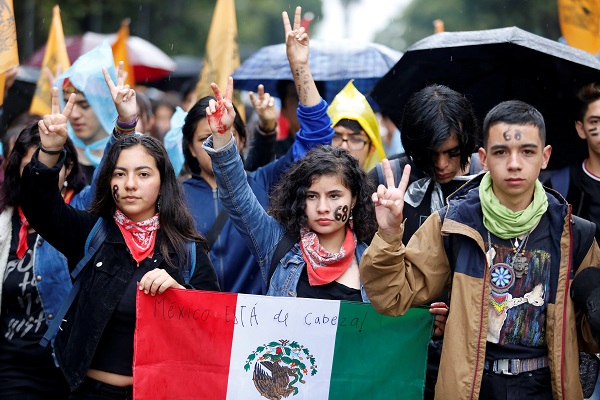 Every year, students in Mexico City commemorate the first 'March of Silence,' one of the most iconic actions of the student movement of 1968. Photo:Reuters 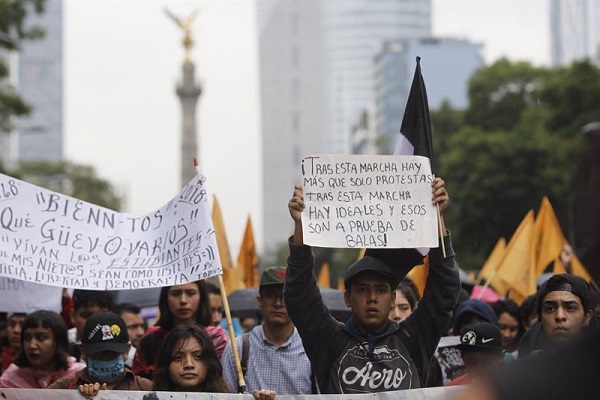 About 23,000 students from various institutions marched from the Musuem of Anthropology and History to the Zocalo, Mexico's main square. Photo:EFE 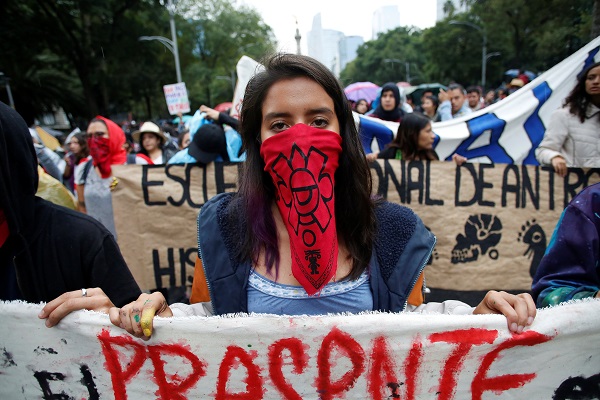 The original March of Silence was aimed at protesting the oppressive regime of President Diaz Ordaz, who violently repressed the student movement of 1968 to "clean" the country for the Olympics. Photo:Reuters 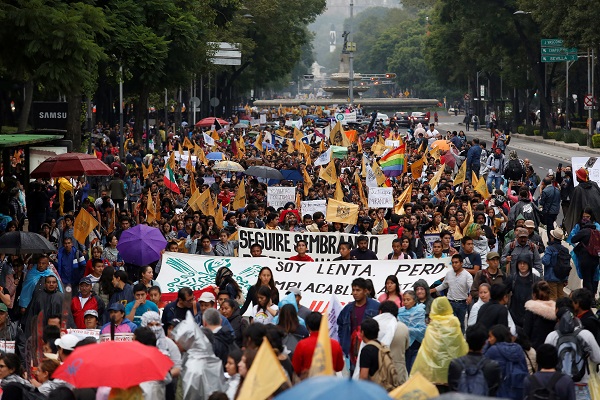 This year's march had a special objective: to demand the dissolution of 'porros,' student's illegal shock groups with political ties formed to attack student movements and disperse protests. Photo:Reuters 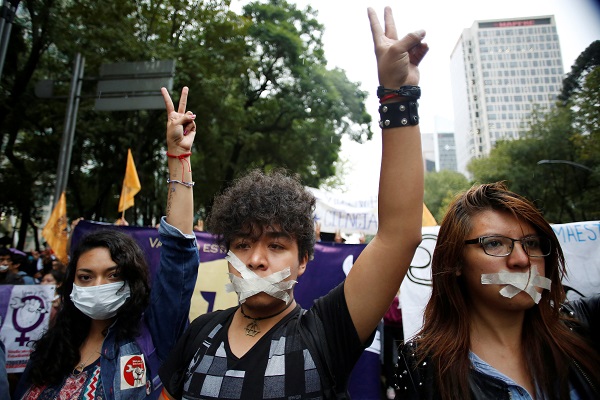 These groups, coordinated by university authorities, attacked a high school student protest on September 3. One of the demonstrators had an ear cut off and had to be hospitalized due to a knife injury in the kidney. Photo:Reuters 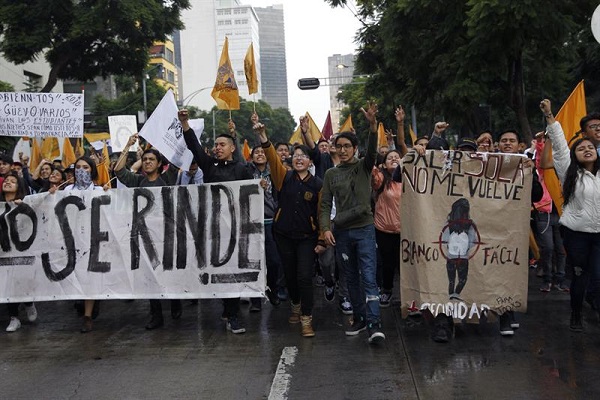 The students were protesting the recent disappearances of female students near their high schools and demanded higher security measures. One of them was found dead. Photo:EFE 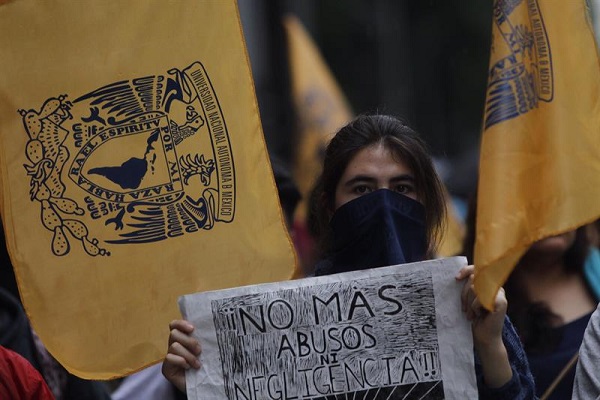 The 'porros' have been instrumental in breaking up protests since the 1930s. They disguise as student groups, have links with university authorities or politicians and identify themselves with American football-style jerseys. Photo:EFE 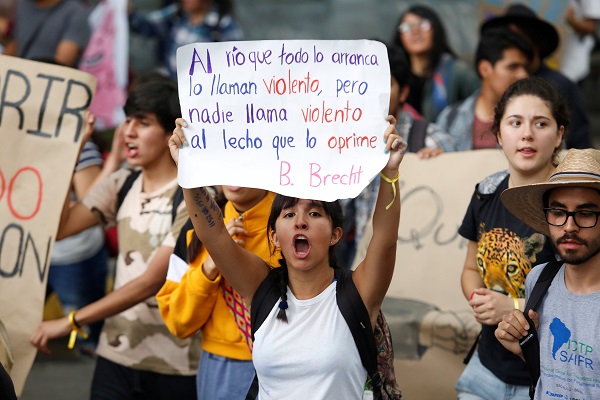 The silence was broken halfway through the march, when the students started chanting political slogans. Photo:Reuters 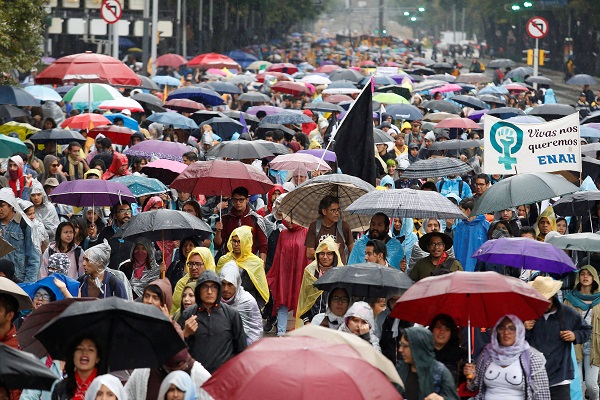 "Neither rain nor wind will stop the movement," is one of the classic chants. Photo:Reuters 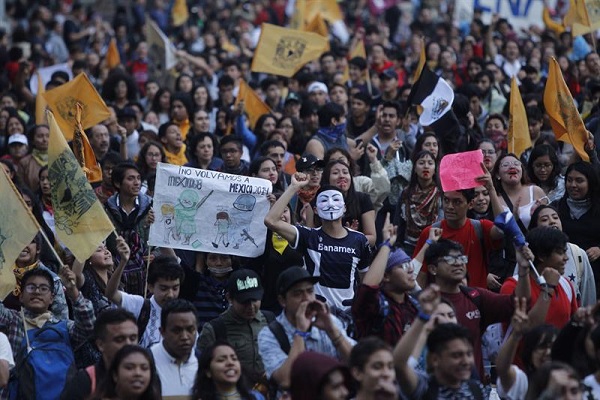 At the concluding meeting, students agreed to march alongside relatives of the 43 Ayotzinapa students kidnapped by authorities four years ago on September 26 who are still missing, presumed dead. Photo:EFE