On Wednesday at 1:15 p.m., millions of Mexicans heard the earthquake alarms and left their buildings for a safe place, trying to follow the  procedure established for emergencies just like these. The sound brought them memories of fear and frustration, but also of the solidarity that many of them lived through as they helped each other remove debris to help survivors of the earthquake of 2017.

Every year since 1985, residents of Mexico City and nearby areas hold a drill commemorating the powerful earthquake that killed thousands on Sept. 19. But in 2017, the drill was followed by an actual earthquake that again brought buildings down and sparked a feeling of community in one of the most populated cities in the world.

But this year’s activities didn’t end at the drill. Organizations and individuals that were affected by the Earth's unbridled power, and who are still struggling to recover a small part of what they lost, held memorials and protests in Mexico City as a response to the government's incompetence.

Entire housing units fell and 411 other buildings were left unusable, out of which only 62 have actually been demolished. The government promised solutions but instead just offered credit lines to those affected to rebuild homes that they had spent their whole lives paying for. More than 30 thousand people in Mexico City were left homeless and they still have not seen real support from the government. There’s not even an official list of affected people to help reconstruction efforts. 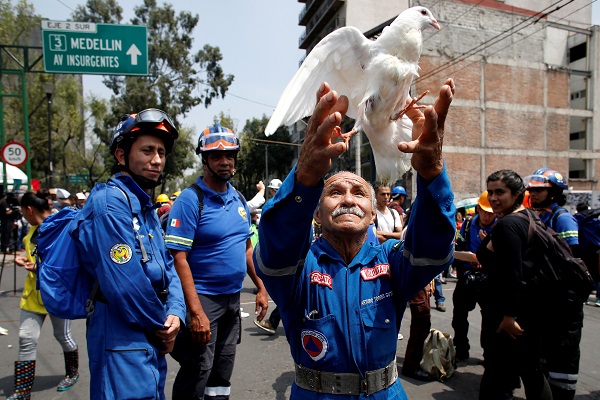 A rescue volunteer releases a white dove near a building that collapsed during the earthquake in Mexico City. Photo:Reuters 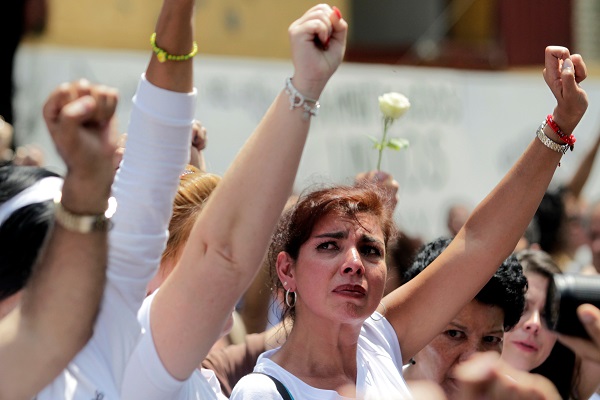 Families of the affected Tlalpan housing project raise their fists during a minute of silence to honor the victims of the quake. Photo:Reuters 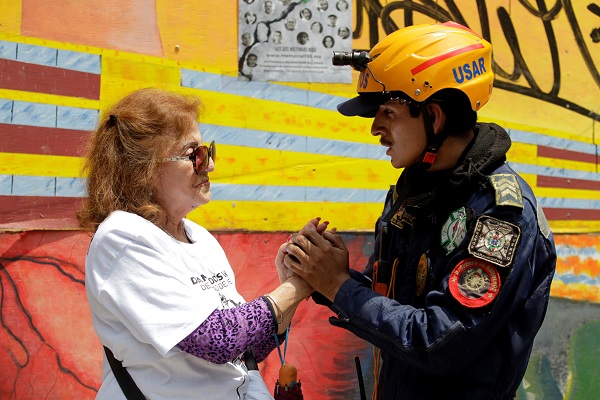 A woman thanks a rescue worker after a minute of silence at the Tlalpan housing project. Photo:Reuters 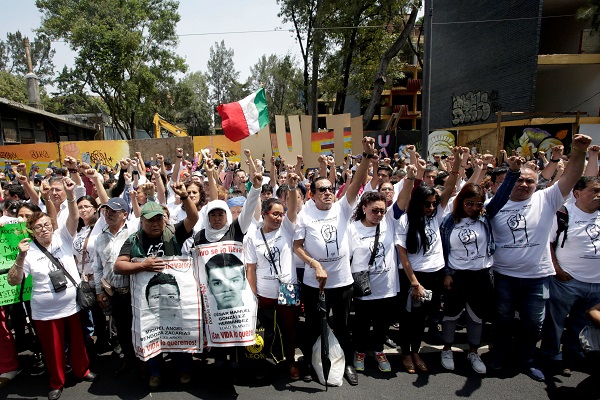 Families of the Tlalpan housing project along with relatives of the 43 missing students from Ayotzinapa, together in protest. Photo:Reuters 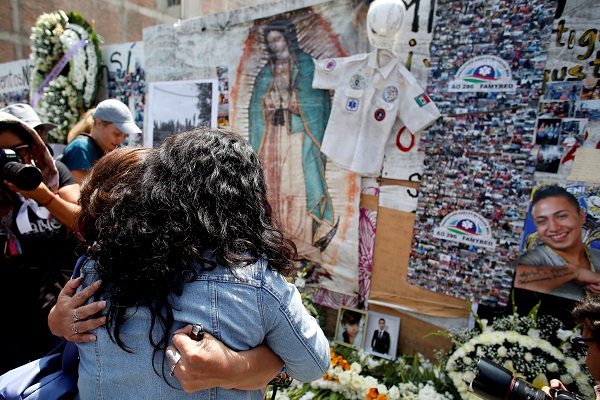 Women react, remembering their relatives who died in a building that collapsed during the earthquake, after the minute of silence to honor the victims. Photo:Reuters 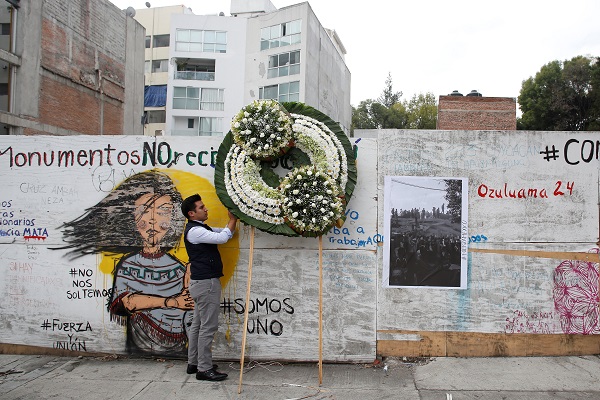 A man places a wreath honoring the victims of a building that collapsed during the earthquake in Mexico City. Photo:Reuters 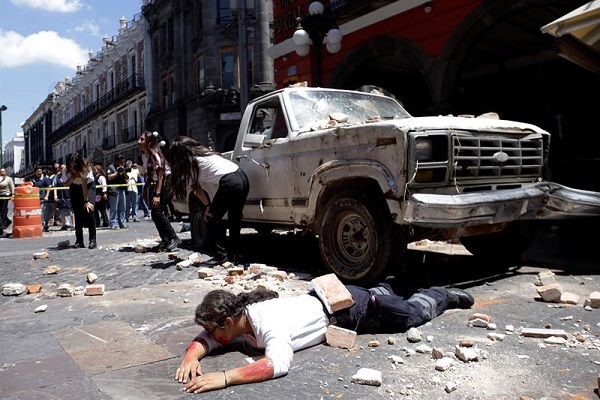 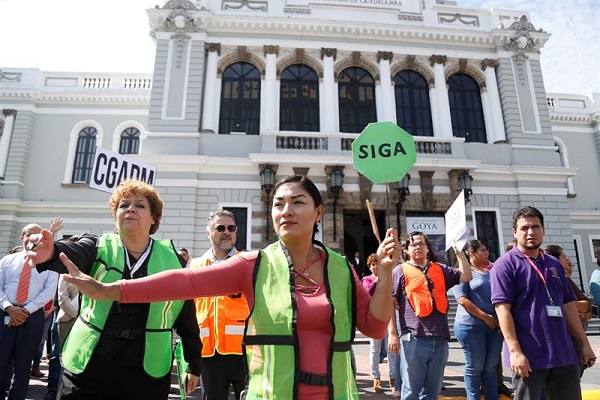 University security personnel evacuate students and staff from the University of Guadalajara, in the western state of Jalisco. Photo:EFE 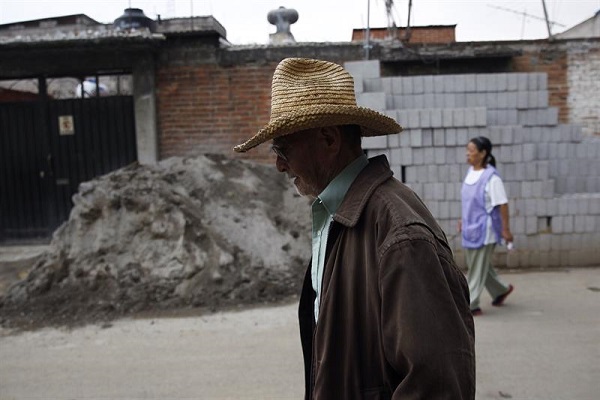 San Gregorio Atlapulco, Xochimilco was one of the regions most affected by the earthquake in Mexico City. Its residents were practically left to fend for themselves. Photo:EFE 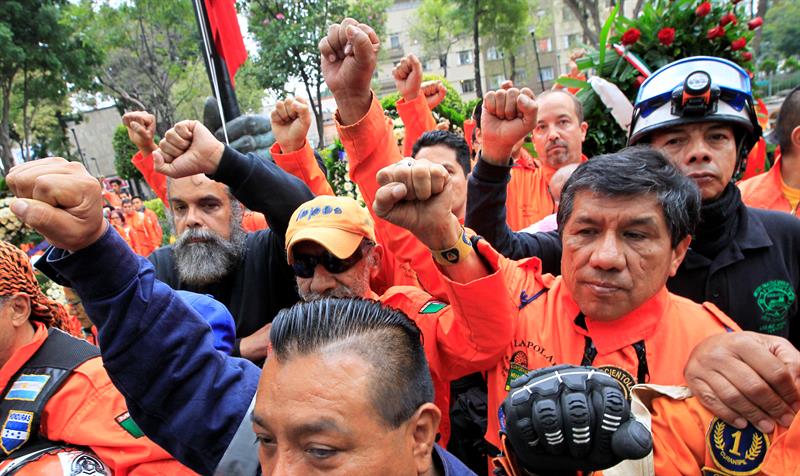 Rescue workers and volunteers take part in a memorial ceremony at Solidarity Square, which honors the victims of the 1985 earthquake. Photo:EFE 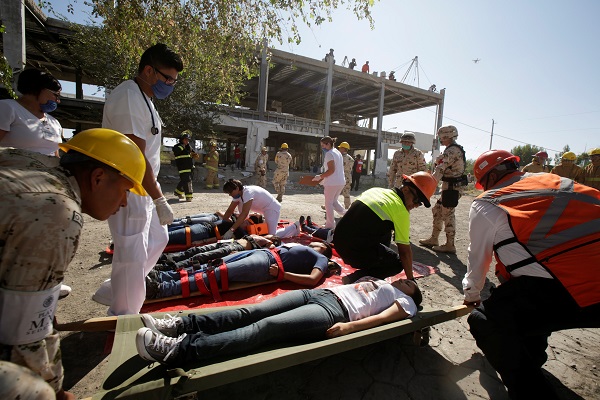 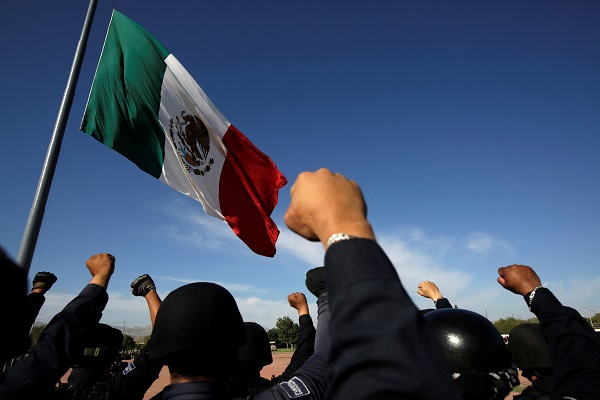 Federal policemen raise their fists during a minute of silence in memory of the victims of the Sept. 19 earthquakes in Ciudad Juarez, Mexico. Photo:Reuters 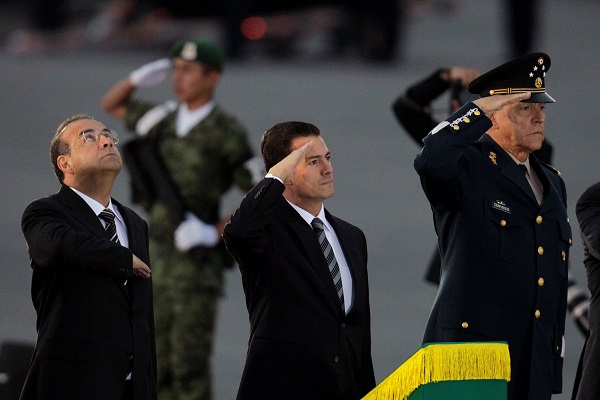 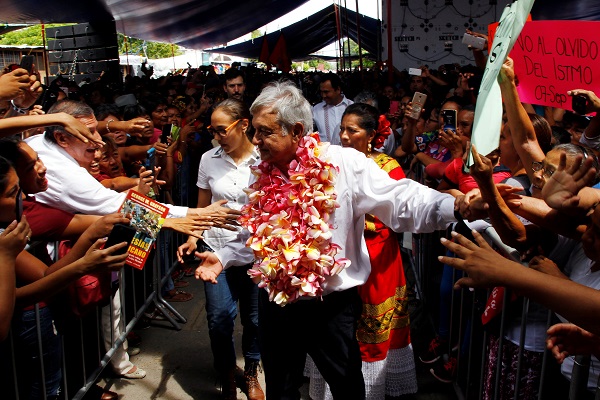 President-elect Andres Manuel Lopez Obrador arrives at a rally in Juchitan de Zaragoza, Oaxaca, one of the regions most affected by the September earthquakes in 2017. Sept. 19, 2018. Photo:Reuters