IN PICTURES: Teachers have pledged to respond to the government's "military offensive" with further nationwide labor actions and mobilizations.

The teachers's strike led by the National Coordinator of Education Workers (CNTE) has entered its second month amidst what the labor militants have called a "military offensive" launched by the government of Mexican President Enrique Peña Nieto. However, despite police repression and the enforced disappearances of union leaders, the militant teachers, students, parents, and supporters have pledged to hold a spirited mass mobilization of nationwide forces in Mexico City on Friday, June 17, 2016.

On Thursday, a convoy of 32 buses with more than a thousand CNTE teachers from Chiapas were detained by police when they tried to enter the capital to reinforce the protests against the neoliberal education reforms. Students and their parents have joined the teachers, as did telecommunications and oil workers and professors from UNAM, Latin America’s largest university.

The kettling of teachers comes days after what the CNTE claims were "kidnappings" and "enforced disappearances" carried out against key leaders attending a national convention of union representatives in Mexico City.

The CNTE are fighting for the suspension of the nationwide reform, which includes far-reaching privatizations that unfairly hurt students by shifting the cost of education to parents and families. In a statement by Oaxaca's CNTE Local 22 Executive Board, the teachers stated that "the government may try to incarcerate all Mexican teachers in an attempt to stop their struggle, but the citizens of our country and the parents of our students are joining our struggle. Nobody will stop this movement because the people and the parents will continue mobilizing against repression!" 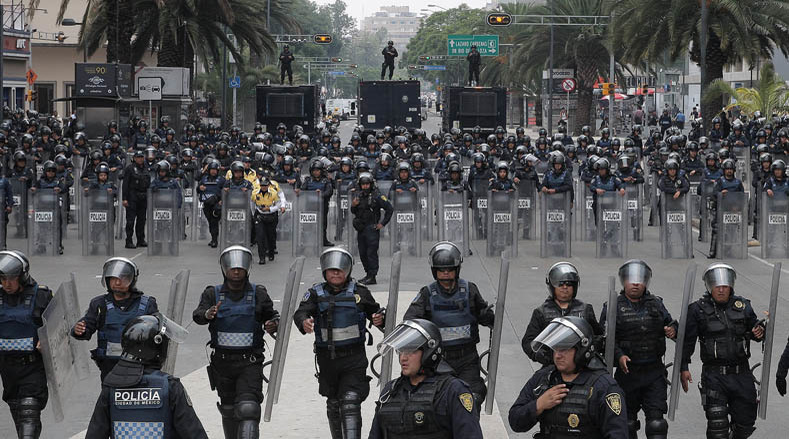 Dozens of police officers await the arrival of teachers of the National Coordinator of Education Workers (CNTE) on June 16, 2016. Photo:EFE 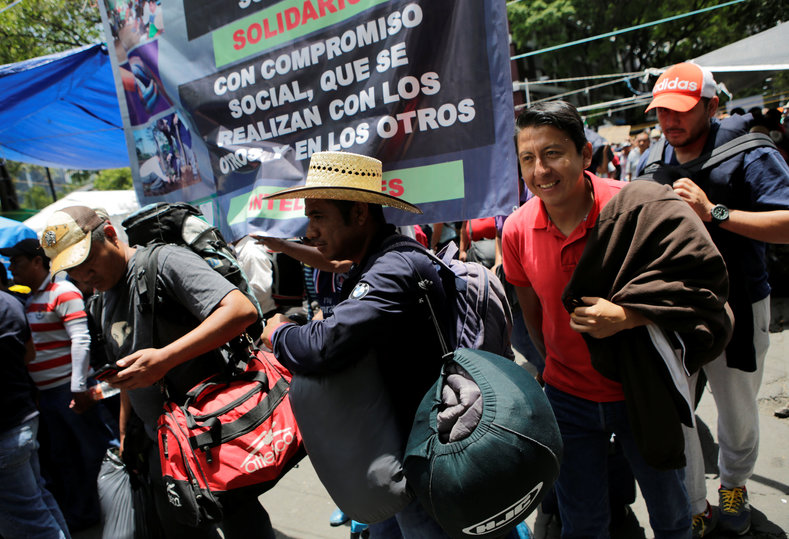 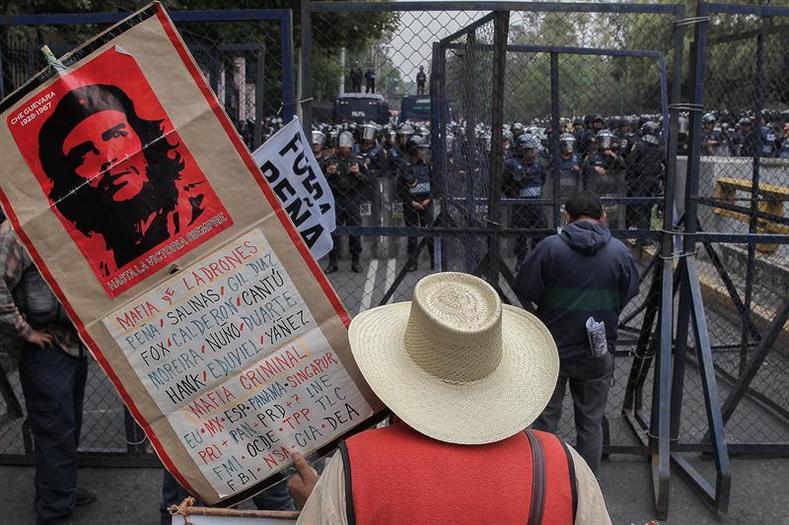 The CNTE and unions joining the teachers in solidarity have denounced what they call "state terrorism" and a criminalization of social protest meant to implement the broad-ranging, far-reaching neoliberal reforms. Photo:EFE 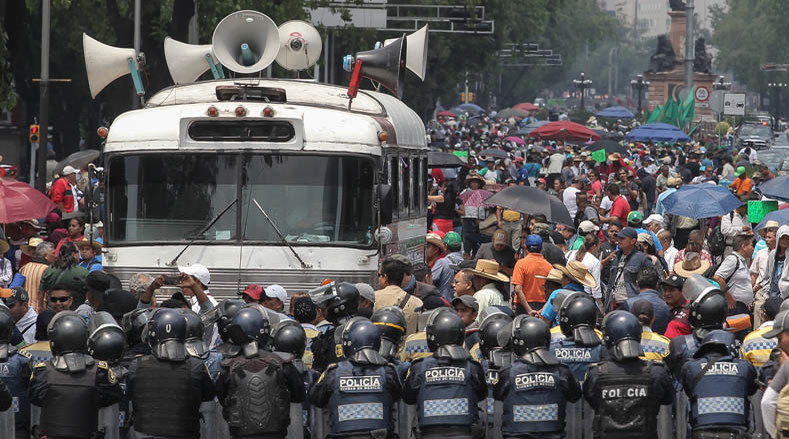 Mexican police hindered the arrival of the CNTE teachers to the Mexican capital. Photo:EFE 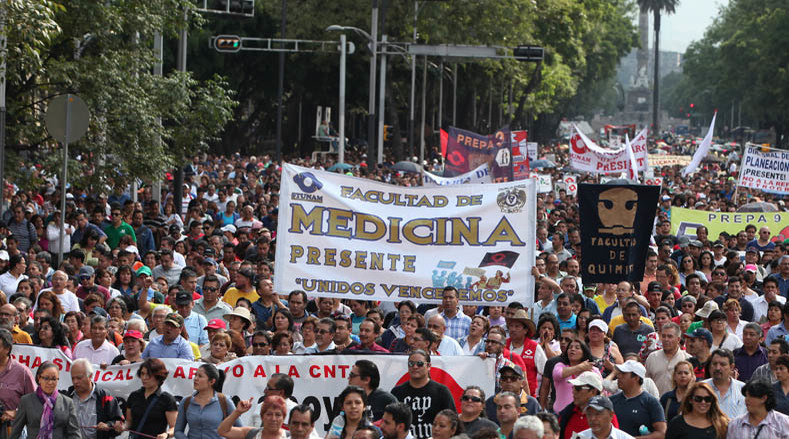 The mobilizations of the CNTE have received support from students and other groups. Photo:EFE 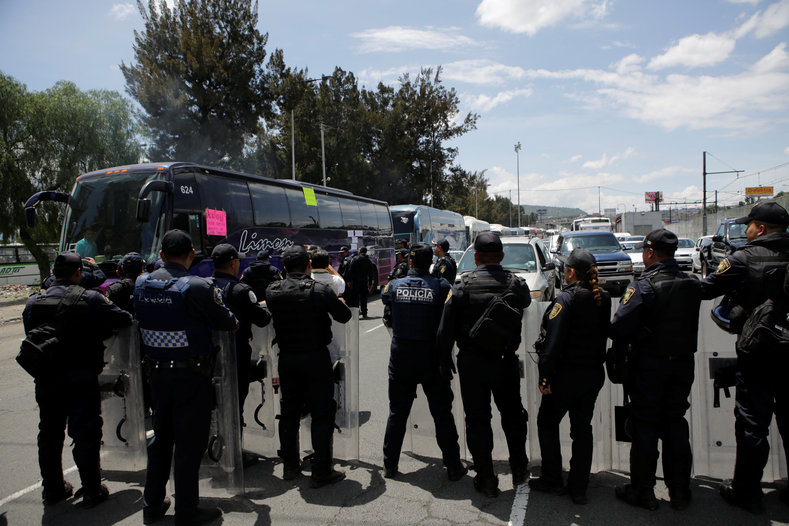 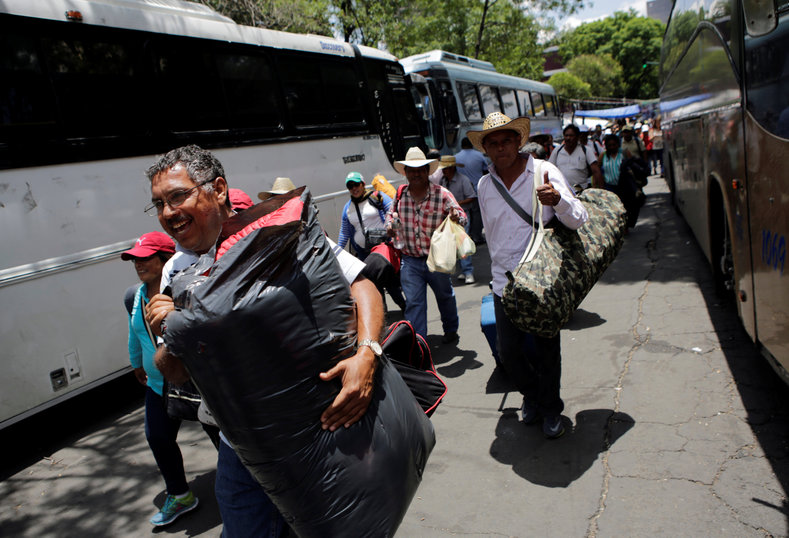 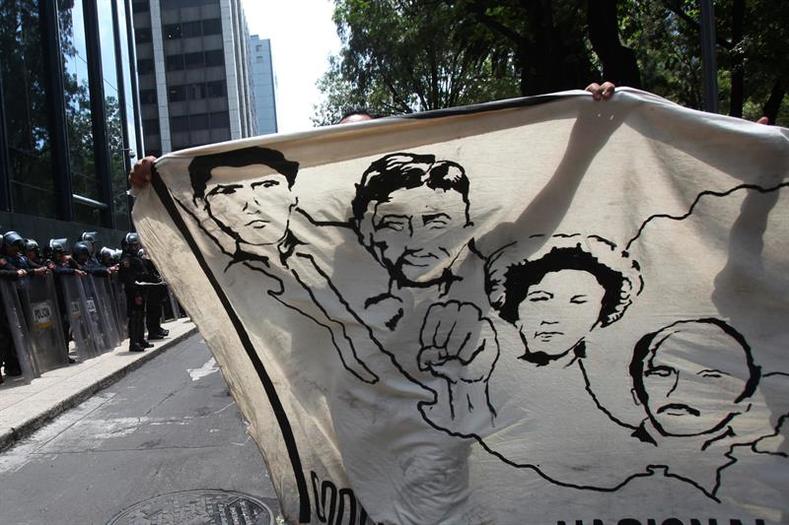 CNTE leaders announced they will be increasing their protest actions after the federal government arrested several of their officials on what the union considers to be spurious charges. Photo:EFE 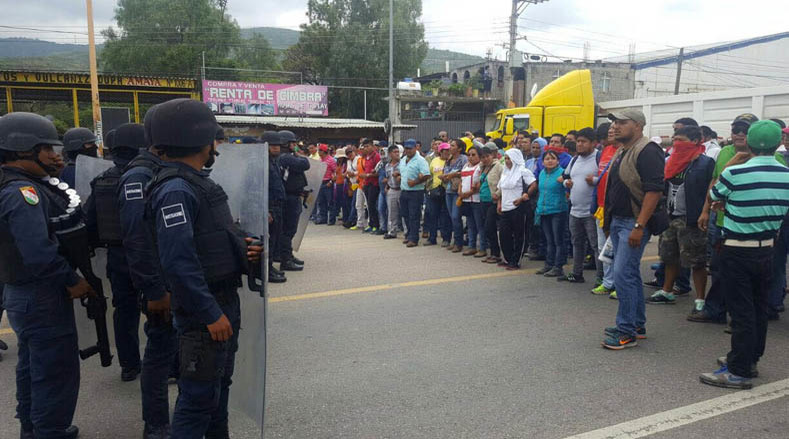 Police block dozens of teachers from joining the main mobilization in Mexico City on June 16, 2016. Photo:EFE 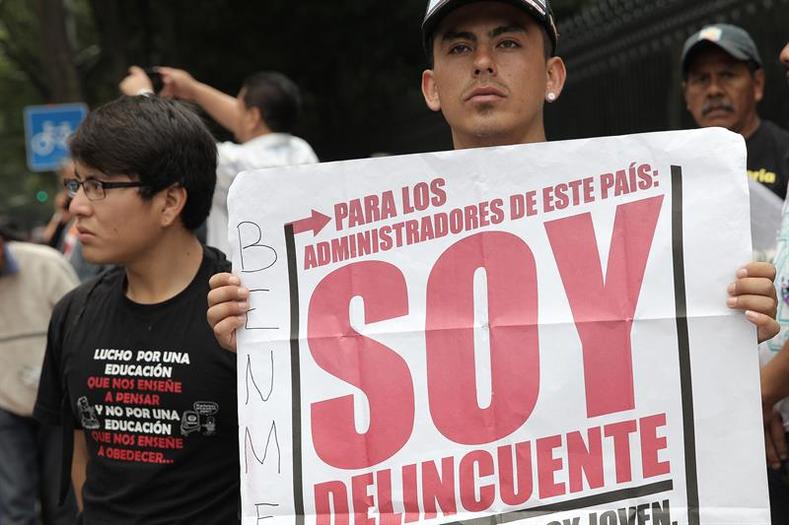 The union represents some 200,000 teachers, mostly in poor rural areas, and was established as an alternative to the corporatist SNTE union, which is aligned with the Peña Nieto government and is considered the largest union in Latin America. Photo:EFE 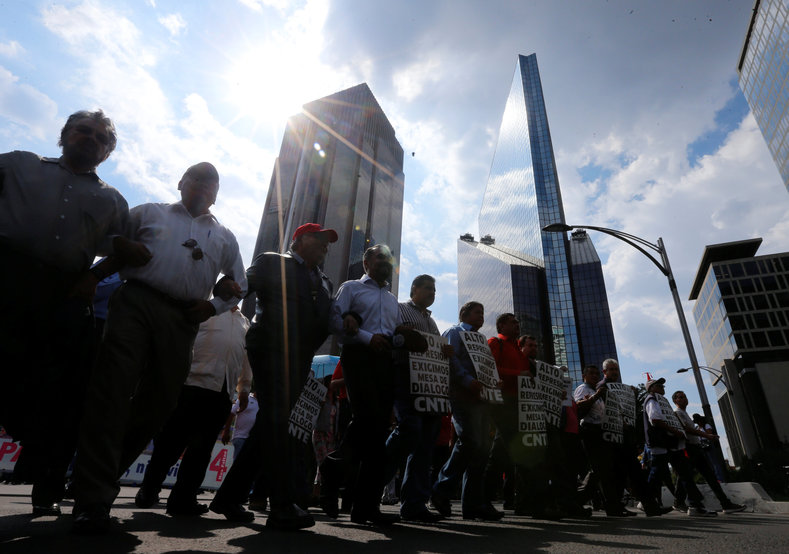 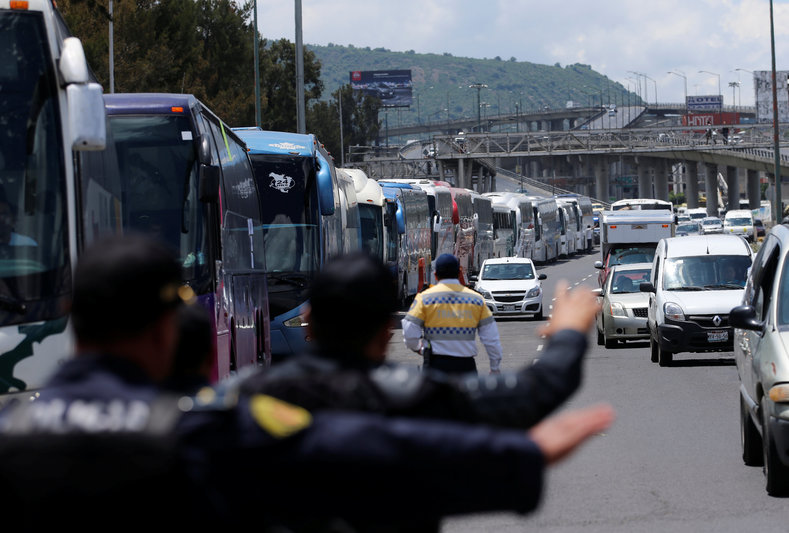 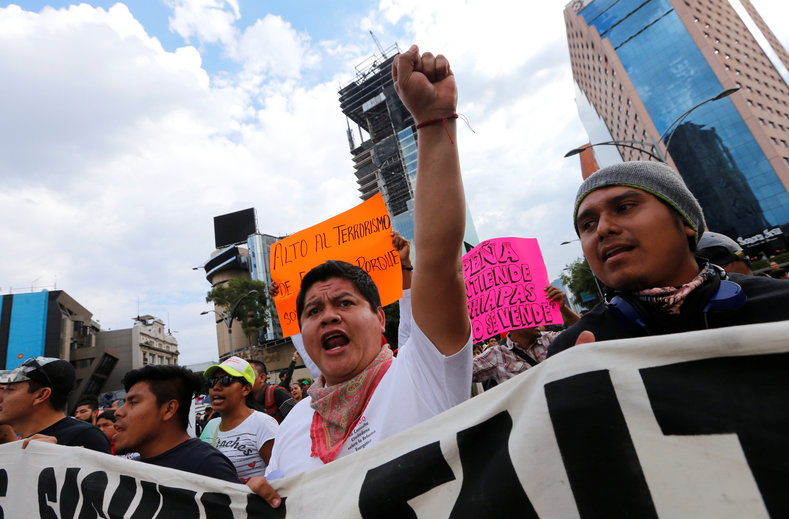 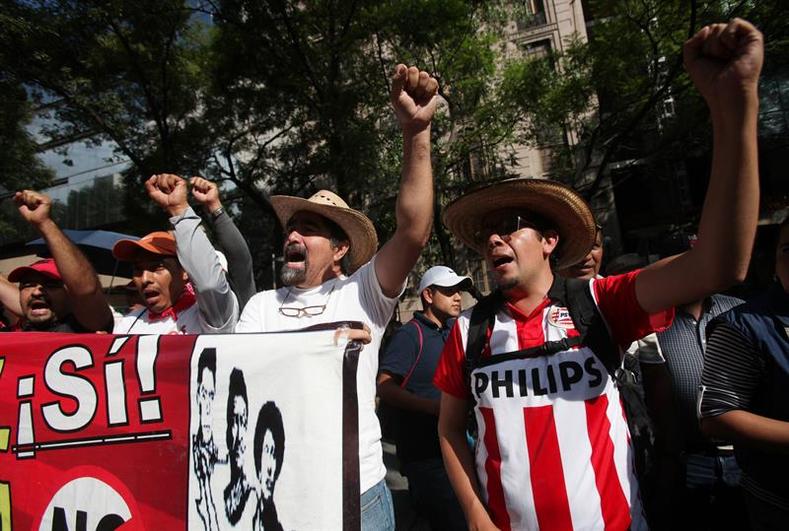 Leaders from the CNTE said they would not be deterred by the repression at the hands of the government and instead called for a new round of protests. Photo:EFE 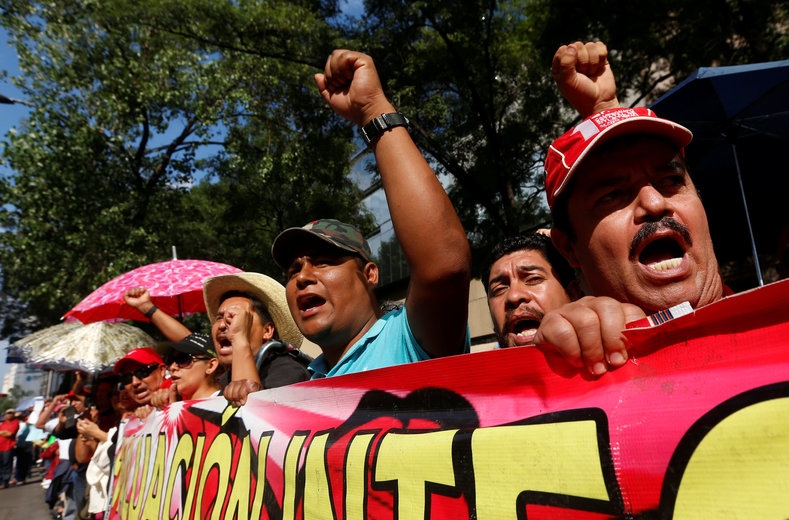 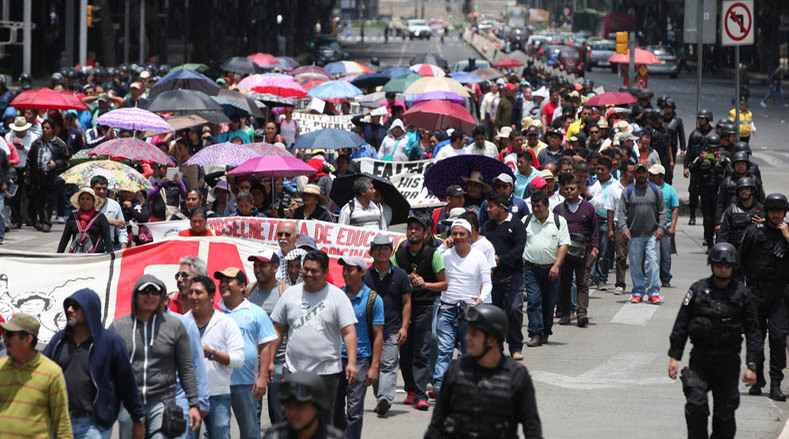 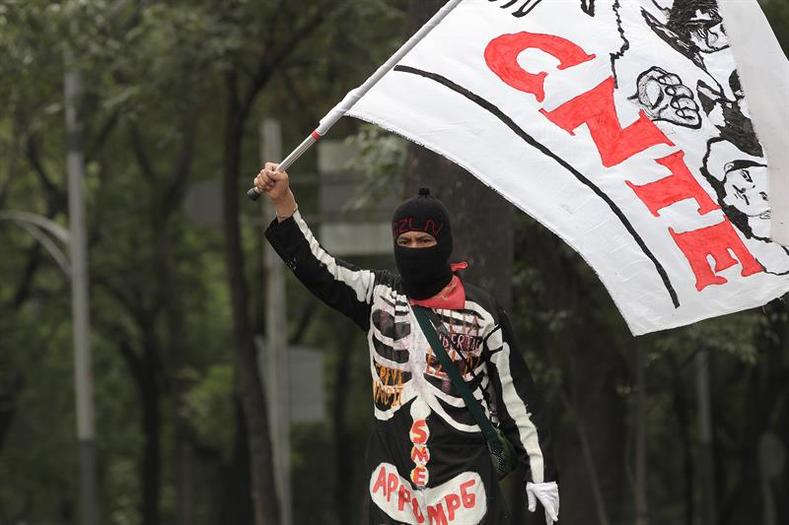 A demonstrator waves a flag with teachers of the CNTE from Guerrero, Chiapas, Oaxaca and Michoacan who marched towards the official residence of Los Pinos on June 11, 2016.