Shows of Solidarity With Migrant Caravan Amid US Tear Gas

Protesters supporting the migrant caravan in Tijuana, Mexico marched next to the border wall with Mexico in San Diego, California to show their solidarity.

The journey of Central American asylum seekers has been dangerous. They have crossed zones controlled by drug-trafficking cartels, slept rough at night, faced harsher weather conditions in northern Mexico and anti-immigrant bigots.

On Sunday, after a group attempted to breach the border, entire families faced U.S. Border Patrol agents who fired tear gas and rubber bullets at them. However, it's not all violence and racism. That same day, people rallied on the U.S. side of the border in support of the migrants and their rights to request asylum. 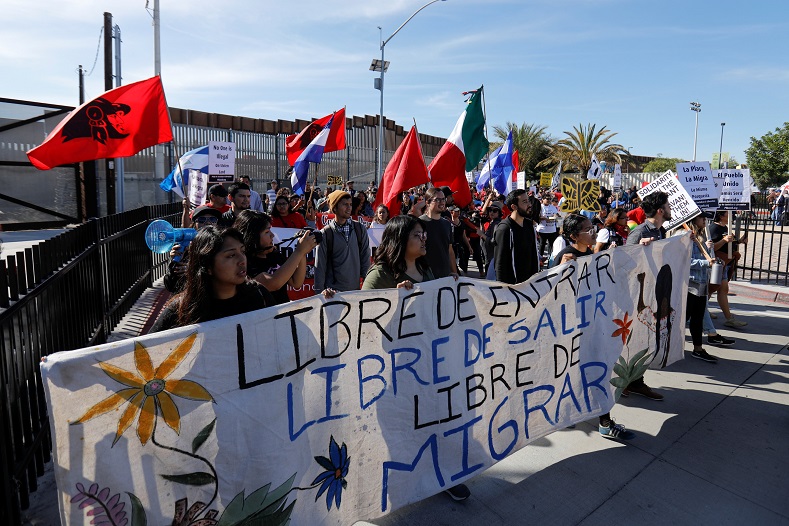 People in the San Diego neighborhood of San Ysidro, a port of entry from Tijuana, rallied to show solidarity for the plight of Central American migrant. As migrants neared the border, U.S. border agents shot tear gas and U.S. security force helicopters shot rubber bullets at the unarmed asylum seekers while they were still in Mexican territory. Photo:Reuters 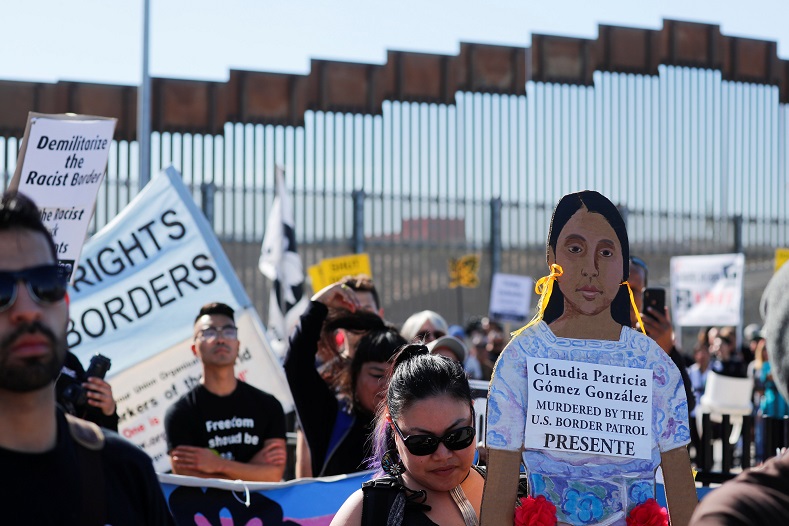 A woman carries a sign commemorating Claudia Gomez, a 20-year-old woman from Guatemala who was shot dead by border patrol agents in Texas earlier this year. Photo:Reuters 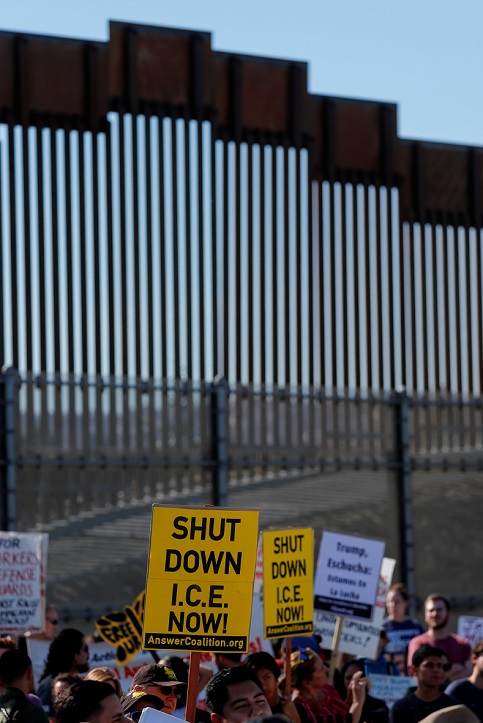 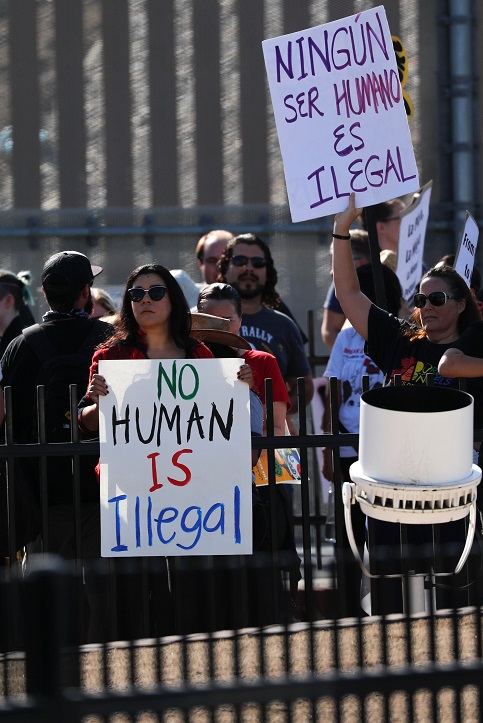 Trump continues to insist that the caravan is made up of “criminals.” The U.S. is legally obliged to receive asylum seekers onto its soil but, just as it did last May, the Donald Trump administration is doing everything it can to prevent asylum requests from being filed. Photo:Reuters 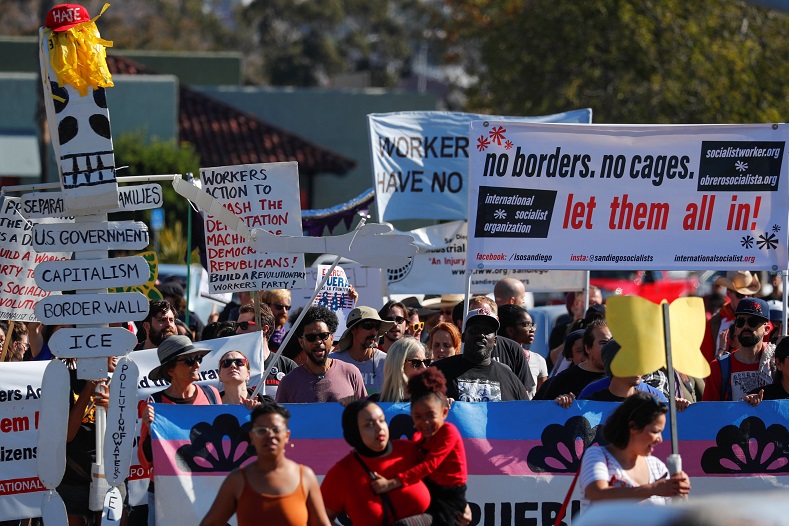 The protesters shut down some streets in the San Diego neighborhood. On the other side of the border, Tijuana's mayor declared an international humanitarian crisis and requested assistance from the United Nations. Around 5,000 migrants are occupying a make-shift camp in the town, Photo:Reuters 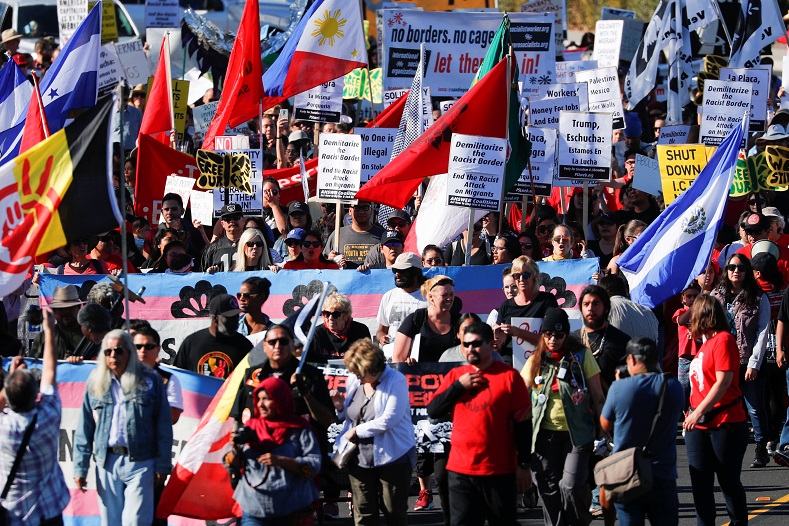 U.N. officials have repeatedly urged Washington to ensure asylum seekers are protected, but U.S. President Donald Trump said on Monday Mexico should send migrants seeking asylum in the U.S. back to their home countries. Photo:Reuters 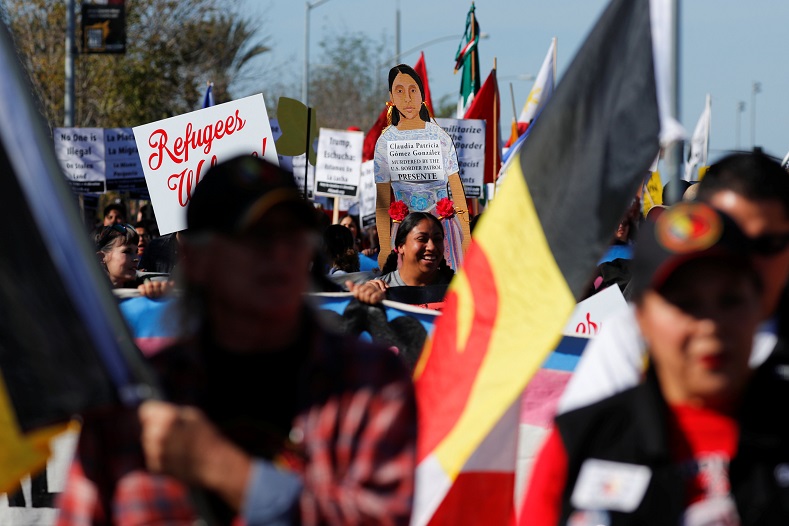 For over a month, people fleeing violence and poverty in Honduras, Guatemala, and El Salvador have been trekking across Central America and Mexico, hoping to reach the U.S. border. Photo:Reuters 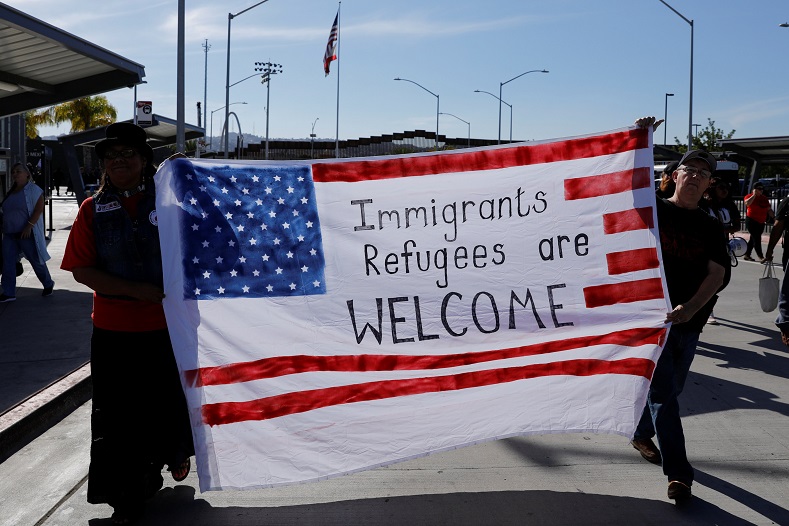 The protest in San Ysidro is not the first show of solidarity to the migrant exodus. Along their journey from Honduras across Central America to the U.S./Mexico border, residents of towns, churches, and others have offered food, places to rest, and medical attention. Photo:Reuters