Israeli troops wounded nearly 50 Palestinians at the Gaza border Wednesday during protests to mark the 71st anniversary of the "Nakba.”

Nakba, or catastrophe in Arabic, is commemorated every year a day after Israel celebrates their "independence" on May 14. While Israelis are celebrating their apparent independence from Britain, Palestinians are still mourning the loss of their lands, homes, identity, and country 71 years ago. 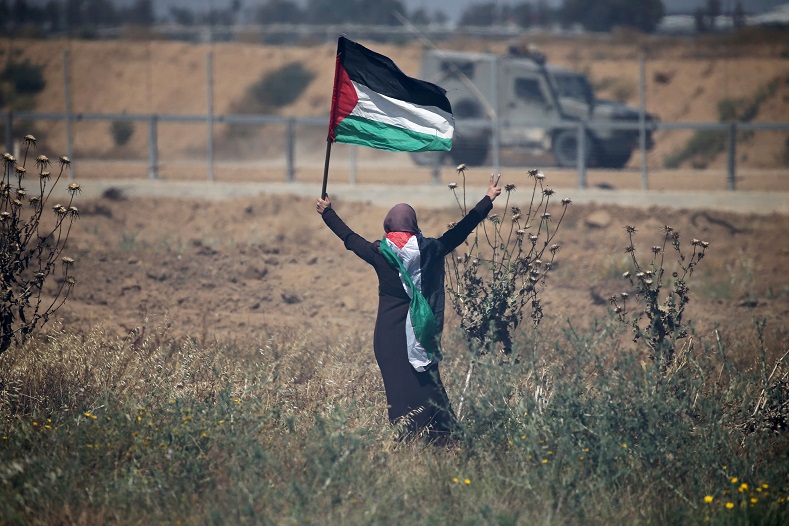 A woman holding a Palestinian flag gestures in front of Israeli forces in Gaza. Photo:Reuters 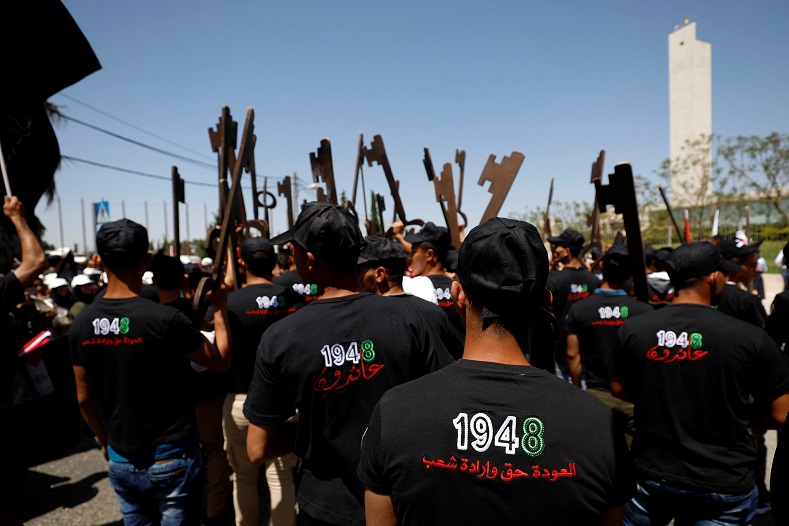 Nakba day is commemorated in memory of the 1948 Arab-Israeli war that led to the establishment of the Israeli state at the expense of Palestinians. Photo:Reuters 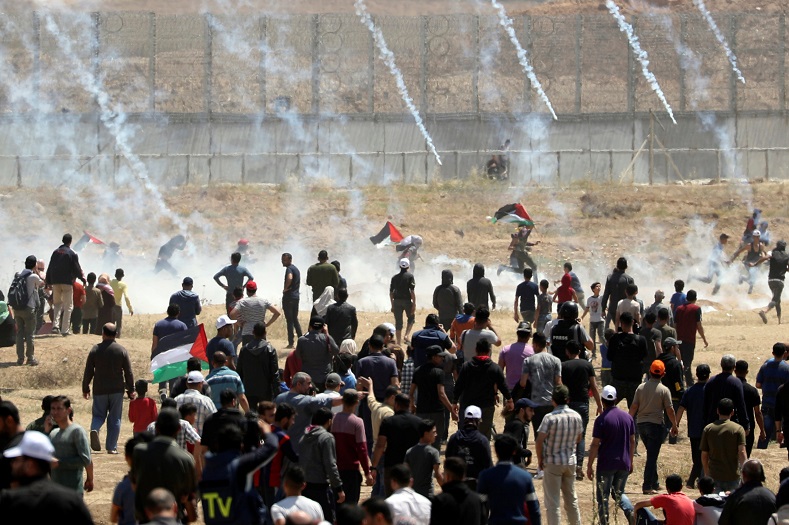 Palestinian demonstrators run for cover from tear gas canisters fired by Israeli forces during a protest marking the 71st anniversary of the 'Nakba' in Gaza. Photo:Reuters 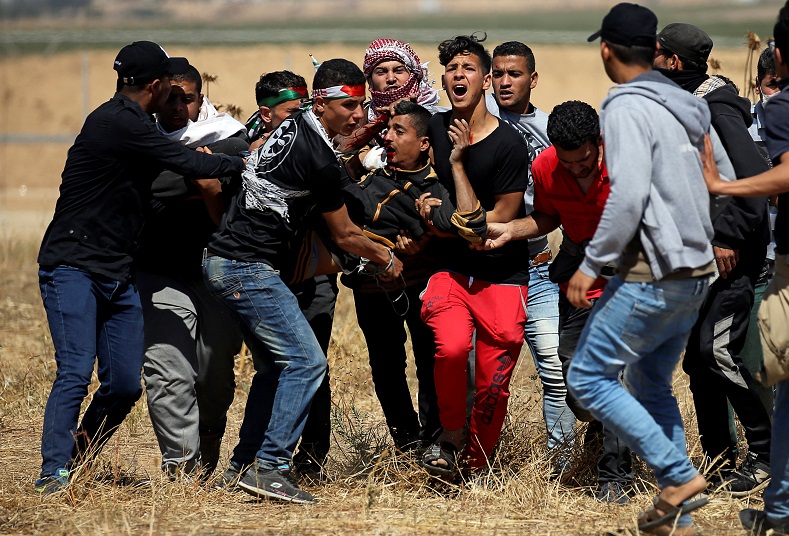 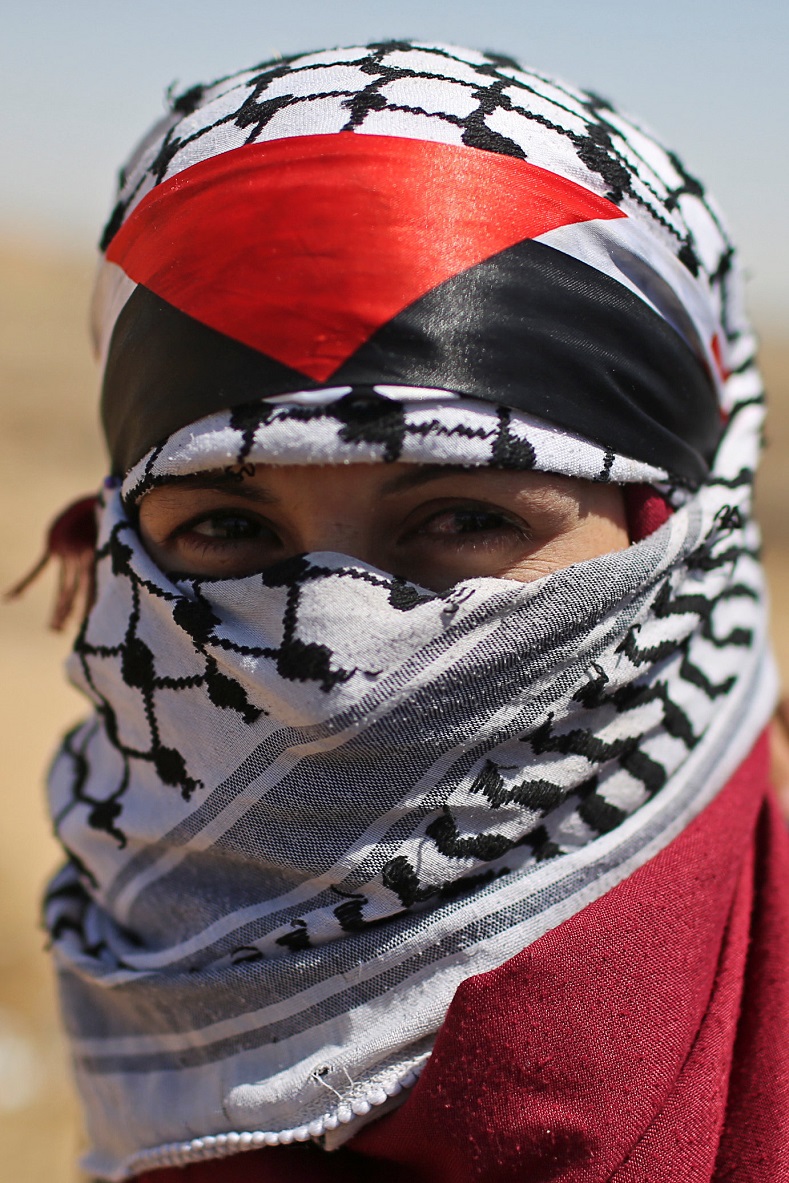 Over seven months, 800,000 Palestinians had been forced out of their homes, towns and villages. Israel also destroyed 531 villages and depopulated 11 neighborhoods. Photo:Reuters 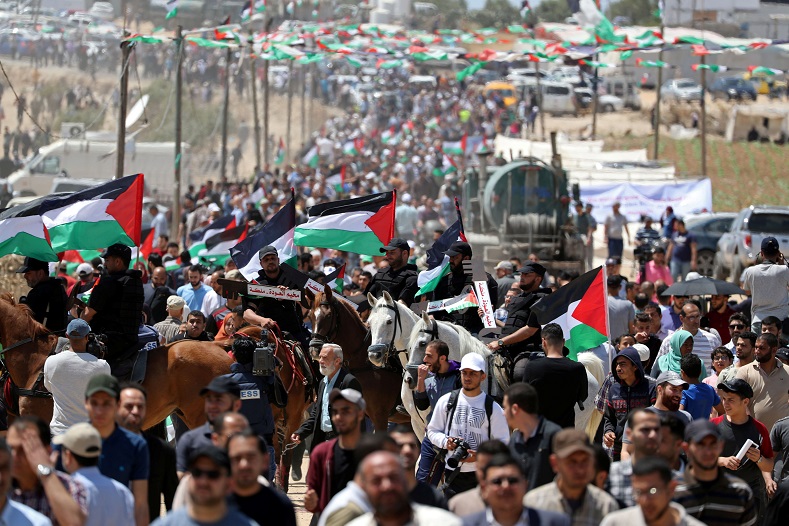 This day also marks the first anniversary of the shift of the U.S. embassy to Jerusalem from Tel Aviv in a bid to recognize Jerusalem as the capital of Israel by the far-right U.S. President Donald Trump. Photo:Reuters 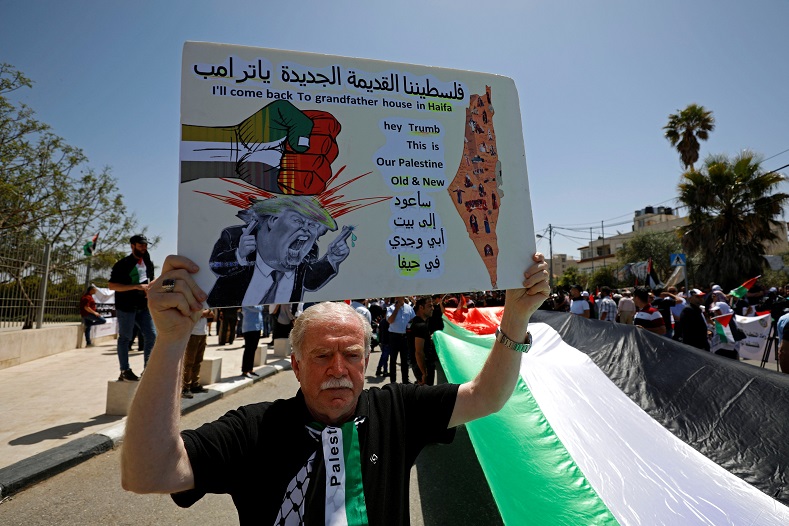 A Palestinian demonstrator holds an anti-U.S. President Donald Trump sign during a rally in Ramallah. Photo:Reuters