Well into Friday night, the 'March for Freedom' continues across the Catalan region as protesters rail against the imprisonment of nine independence policians, austerity and Spanish government repression.

After Spain's Supreme Court sentenced nine Catalan independence leaders last Monday to between nine and 13 years in prison for sedition over their role in a failed independence bid two years ago, protests against their imprisonment have erupted across the region.

Over the course of the week protests and strikes have paralyzed both Barcelona and the rest of Catalonia. As of Wednesday, more than 130 wounded are reported wounded. One of them, a 22-year-old woman, lost an eye as a result of a rubber bullet shot by the police. That night, 33 demonstrators were arrested.

The peaceful daytime protests have been turning more violent at night, complete with police repression. By Thursday night, ​​neo-Nazi factions were out in Barcelona provoking independence protesters, many of whom are calling for not only the release of the nine former politicians, but the adoption of a slew of social service and labor programs for the region, including universal healthcare and gender equality at work. 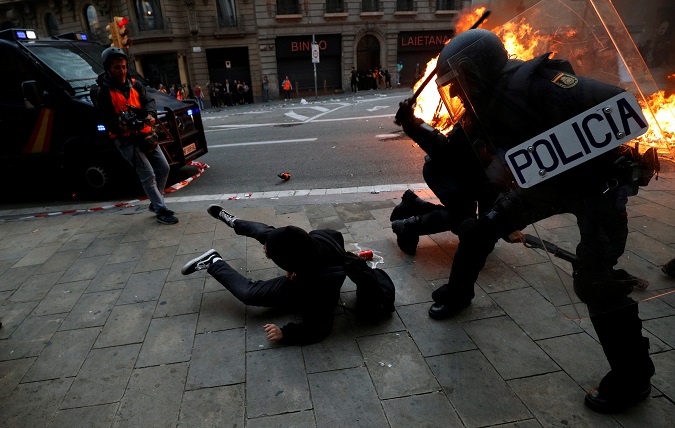 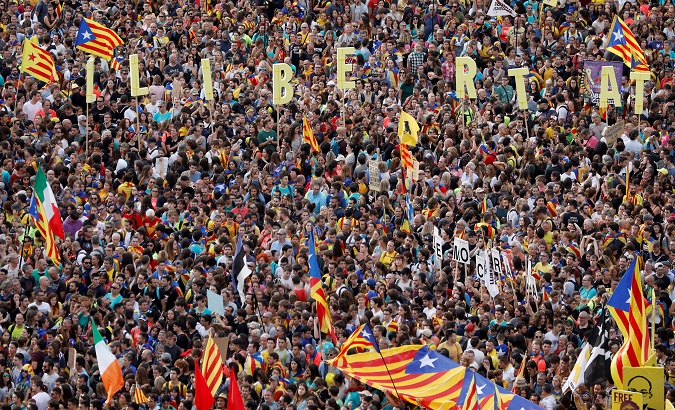 Catalan protesters out by the thousands in the capital of Barcelona to protest the sentencing of former former vice-president Oriol Junqueras, among other independence politicians, who was convicted of sedition and misuse of public funds and sentenced to 13 years in prison. Photo:Reuters 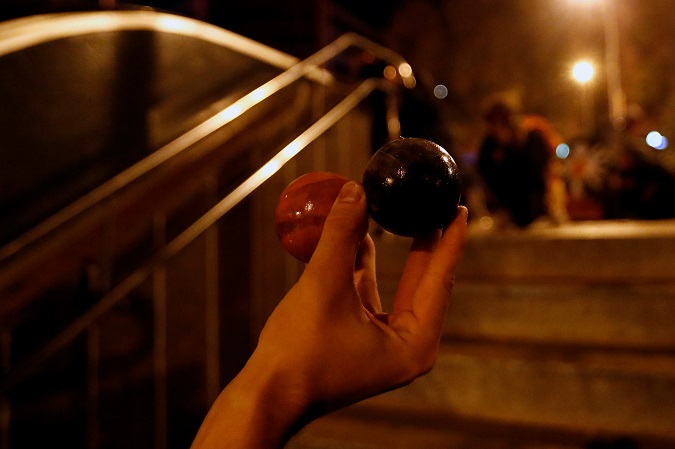 Evidence of rubber bullets used by regional police against protesters in Barcelona this week as demonstrators rail against the verdict of their nine leaders who led the regional independence referendum that took place on Oct. 1, 2017, to cede from Spain. Oct.18, 2019 Photo:Reuters 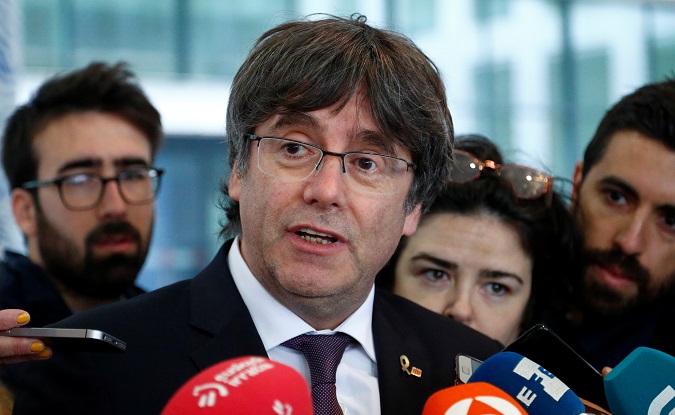 Former Catalan leader Carles Puigdemont at a press conference as he handed himself over to police in Brussels where he has remained for two years after being accused by the Spanish government of sedition and spearheading the indepence vote two years ago. He fled Spain fearing imprisonment by authorities, but is returning after the verdict of his fellow colleagues. Oct. 18, 2019 Photo:Reuters 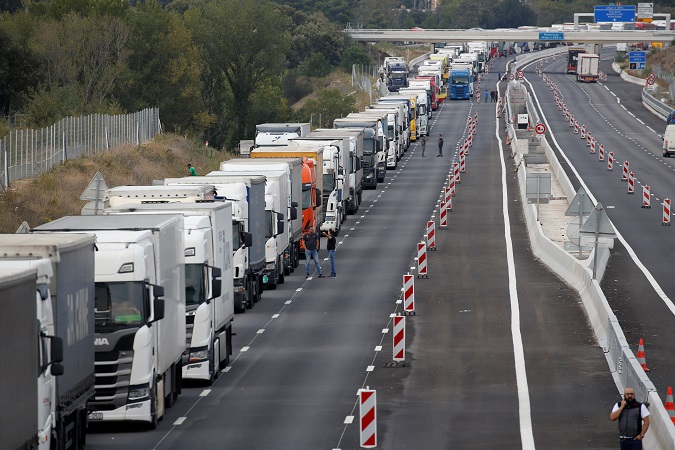 A strike in the Catalan region after a four month trial verdict announced Monday declared nine Catalan independence leaders guilty of sedition and misuse of funds. The region has been pushing for independence from Spain for the past decade, at least. Oct. 18, 2019 Photo:Reuters 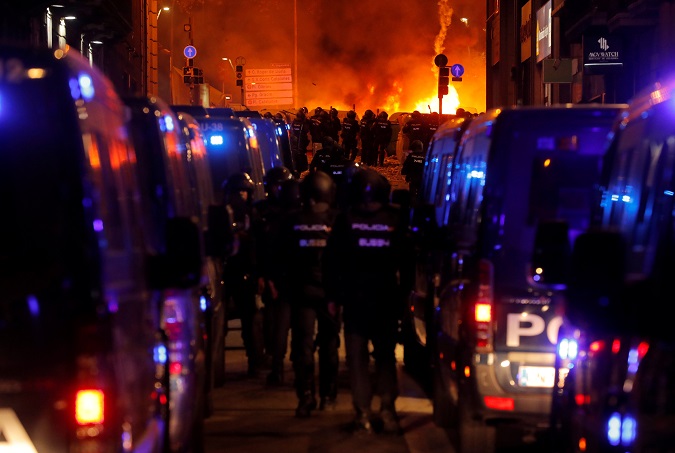 Anti-riot police in Barcelona are out late Friday night against protesters who want the release of independence leaders convicted of sedition. The protests were initiated mainly by the 'Tsunami Democràtic' an anonymous group that continues to demand independence from Spain Photo:Reuters 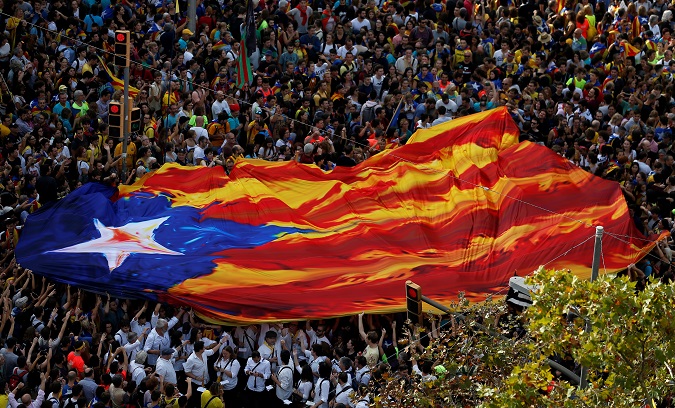 In Barcelona independence protesters, many of whom are calling for not only the release of the nine former politicians, carry the Catalan flag. Demonstrators also want a slew of social service and labor programs to be adopted in the region, including universal healthcare and gender equality at work. Photo:Reuters