'Colombia Resists:' Thousands March For Peace As Duque Sworn In

On the day that newly elected President Ivan Duque was sworn in, activists and opposition politicians across Colombia demanded the implementation of the 2016 peace accords with the now demobilized Revolutionary Armed Forces of Colombia (FARC), and the continuation of peace talks with the National Liberation Army (ELN).

Thousands also protested the systematic murder of social and community leaders across the country. Since the peace accords were signed, over 400 social leaders have been killed for defending their territories. 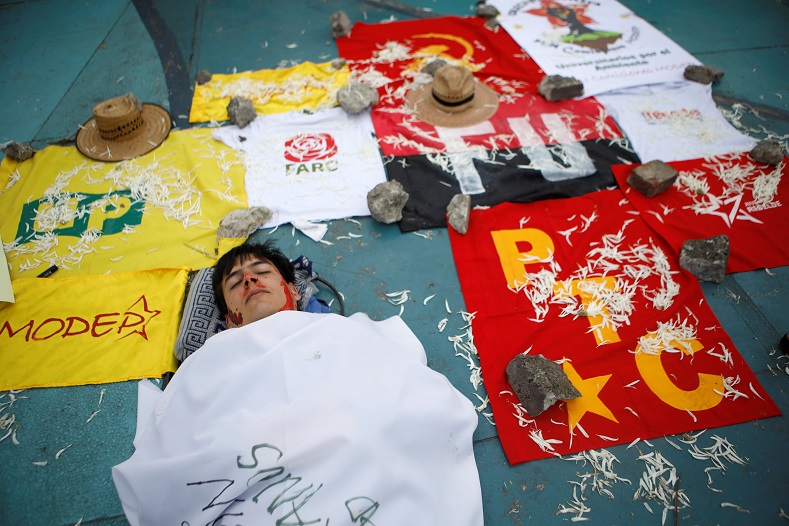 A protester appears lifeless next to the flags of political parties that have been targeted by conservative forces and right-wing paramilitaries. Photo:Reuters 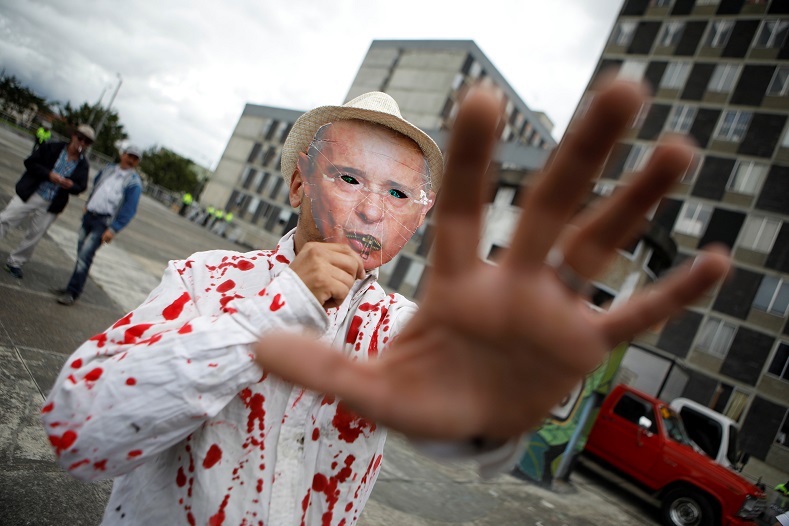 A protester wears a mask of former President Alvaro Uribe and a bloodied shirt. Uribe is expected to play an important role in the Duque government. Photo:Reuters 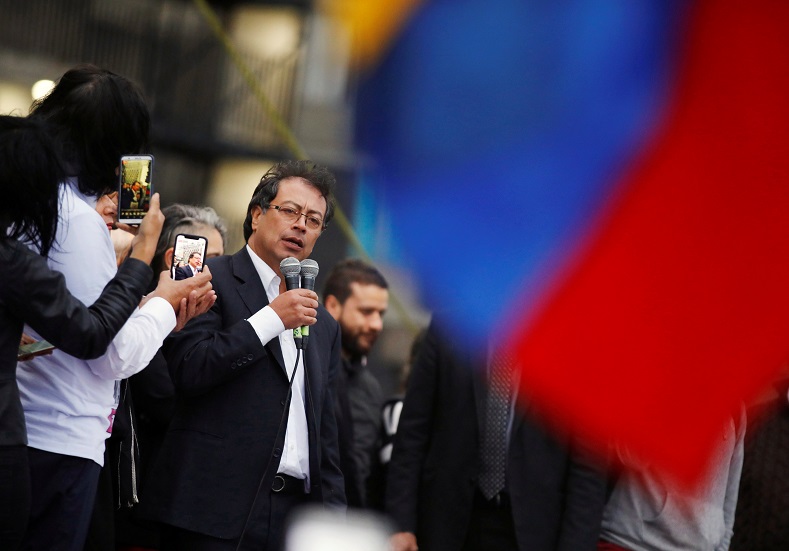 Former presidential candidate and opposition senator Gustavo Petro addressed the crowd Tuesday. He has positioned himself as leader of the opposition. Photo:Reuters 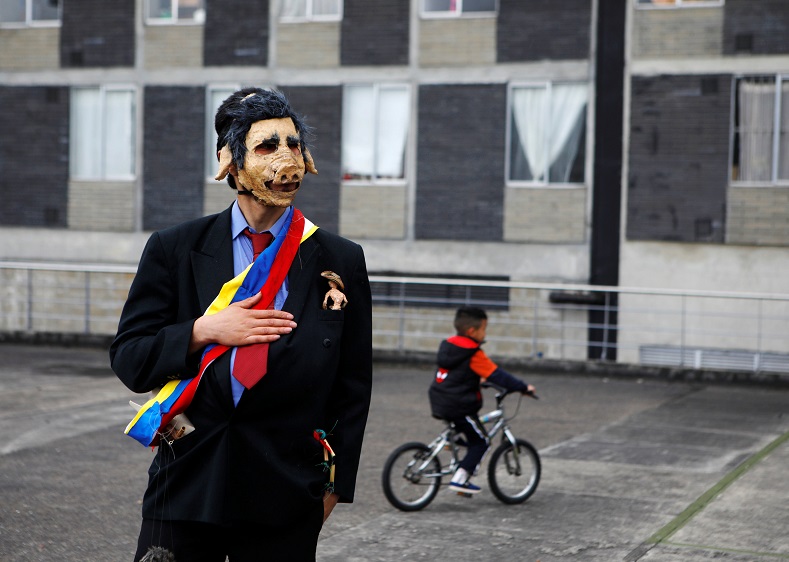 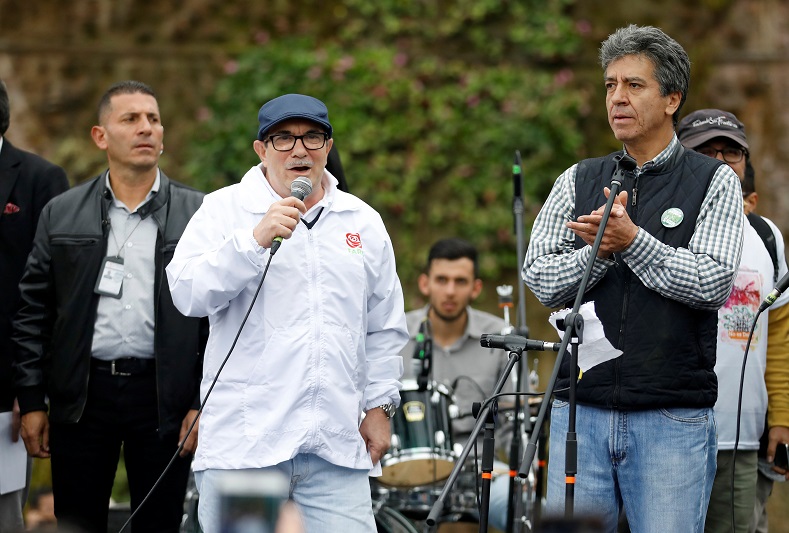 Rodrigo Londoño also addressed the crowd. His party, the Revolutionary Alternative Force for the Commons (FARC), was one of the organizers of Tuesday's march. Photo:Reuters 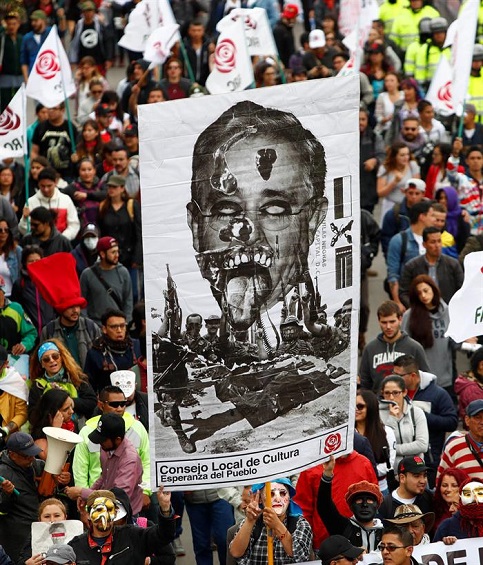 Senator Uribe is one of the most vehement detractors of the peace accords signed between FARC and the government of Juan Manuel Santos. Photo:EFE 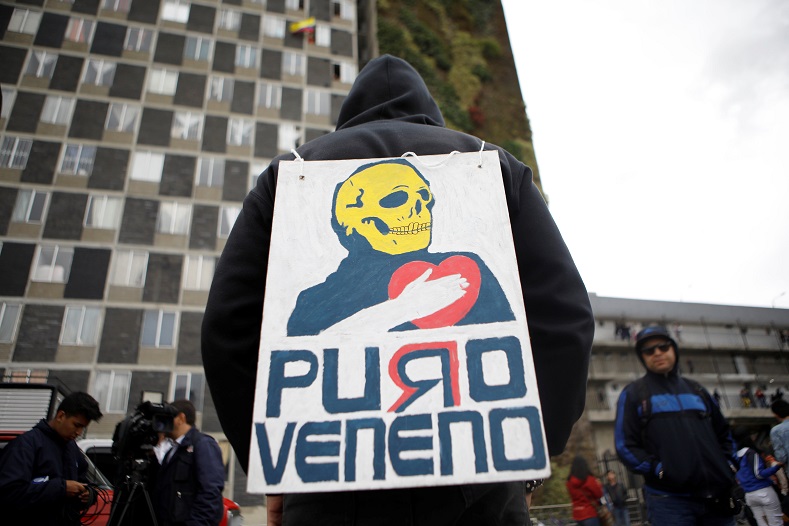 "Pure venom." A demonstrator carries a sign with the logo of Duque's party, the Democratic Center, with a skull representing death. Photo:Reuters 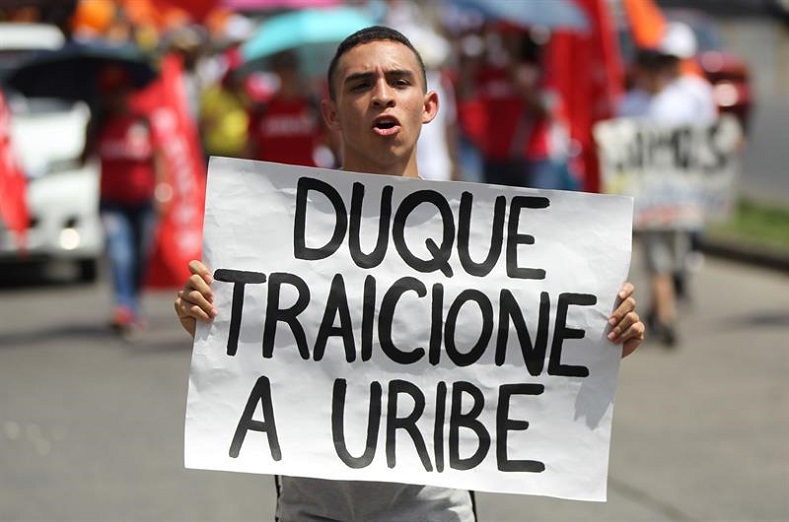 Many consider Ivan Duque a frontman for former right-wing Colombian President Alvaro Uribe, who's currently being investigated for witness tampering in a case linked to paramilitaries. Photo:EFE