"Chinese people of all ethnic groups have made great achievements that amaze the world over the past seven decades through concerted efforts and arduous struggle...On our journey forward, we must uphold the leadership of the Communist Party of China, maintain the principal status of people, and stay on the path of socialism with Chinese characteristics," President Xi told the crowds. 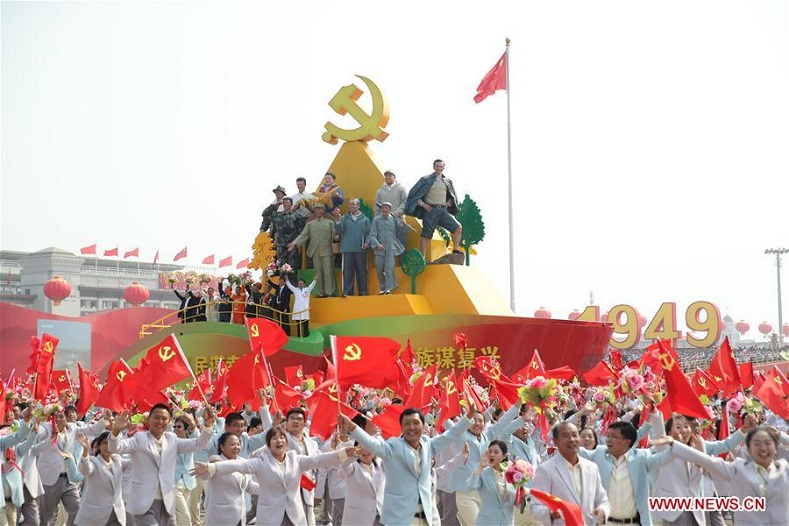 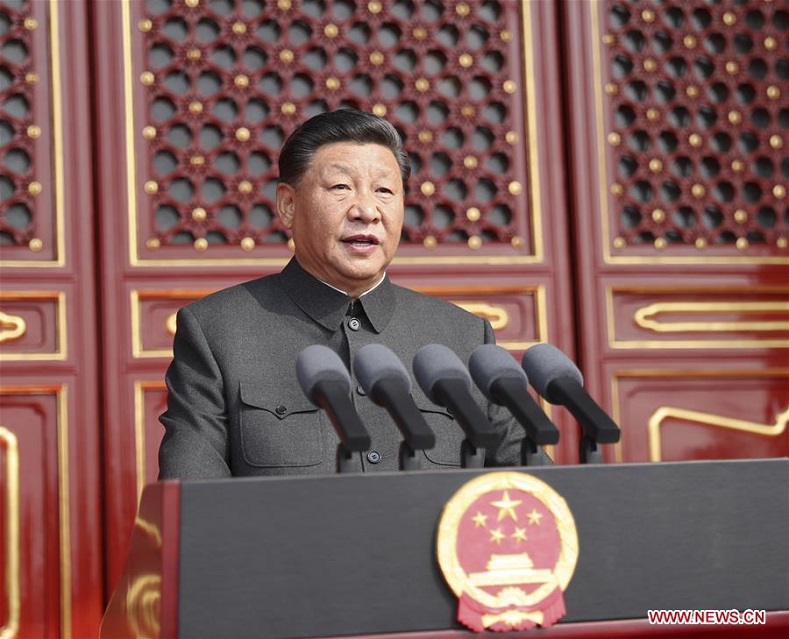 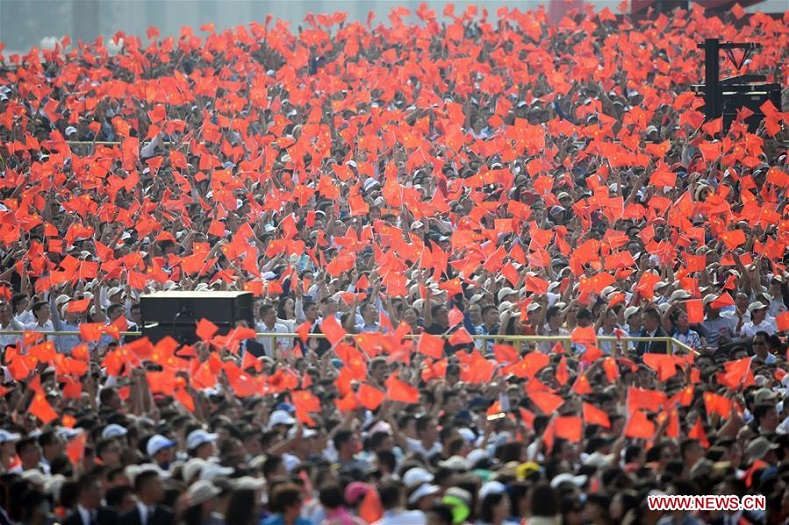 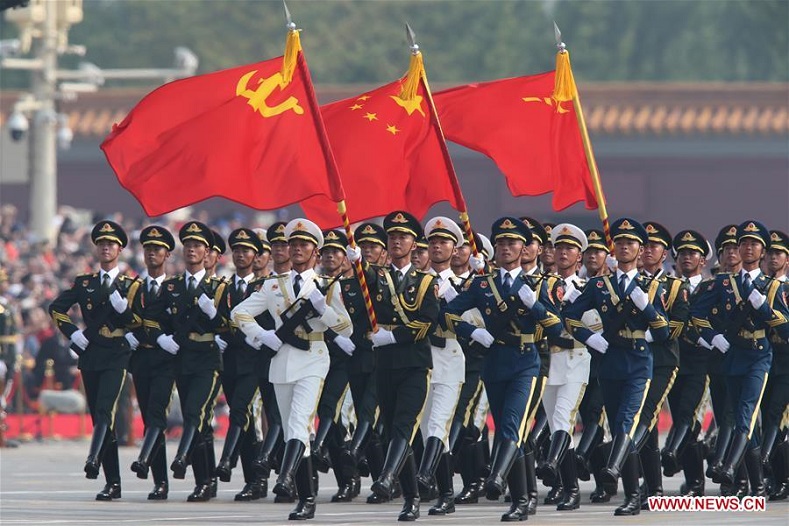 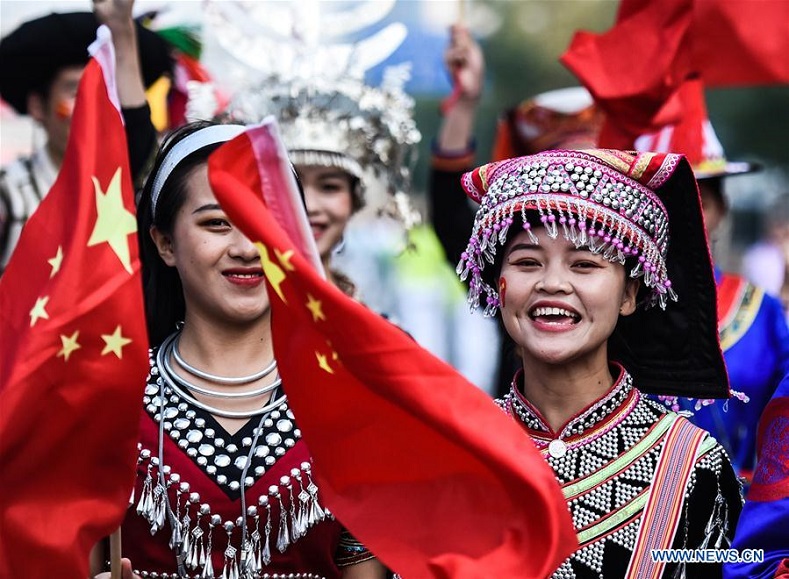 Those from China's ethnic minorities attended ceremonies to celebrate the Peoples Republic Photo:Xinhua 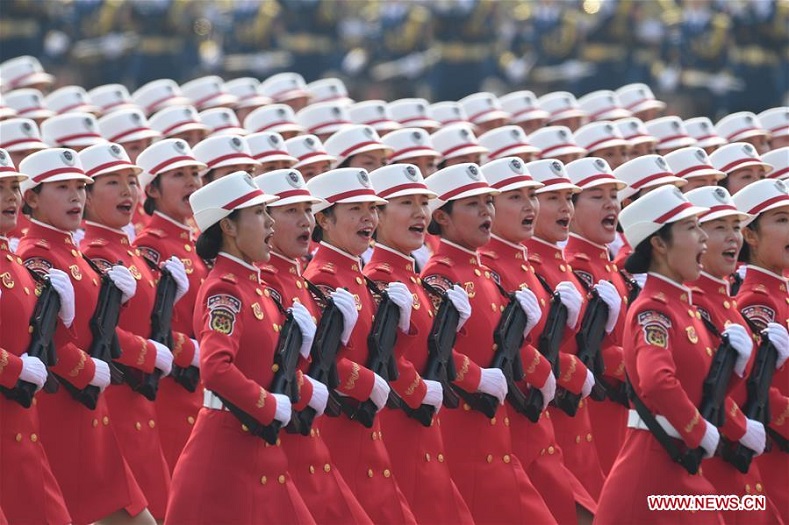 Female members of the PLA march in Beijing. Photo:Xinhua 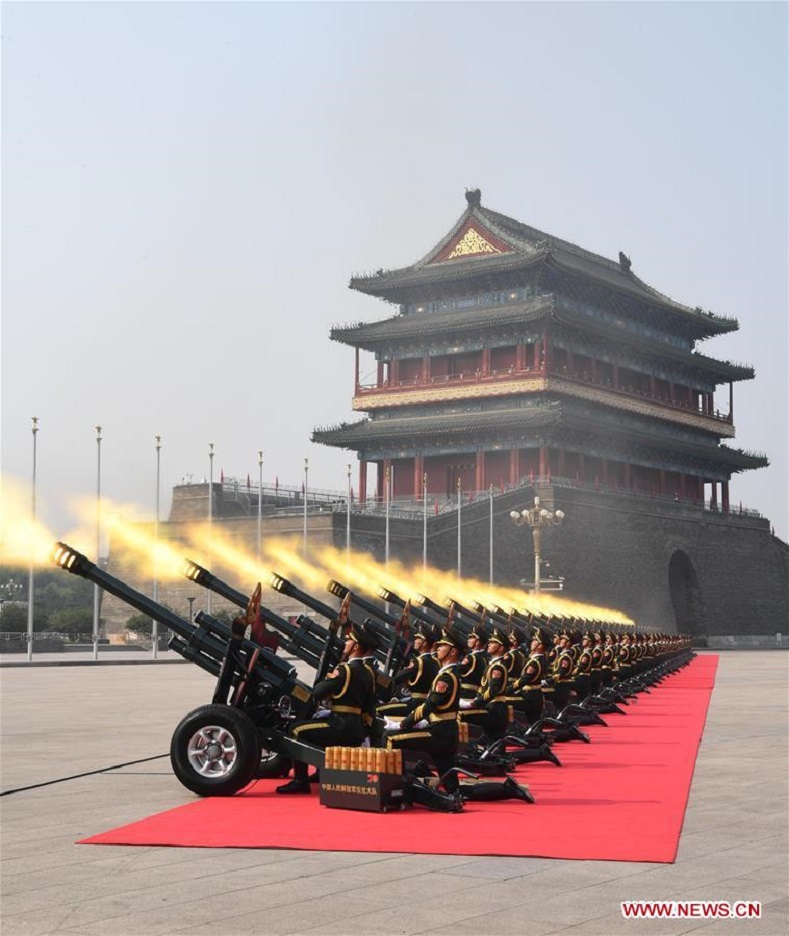 China's firepower on display at the military parade Photo:Xinhua 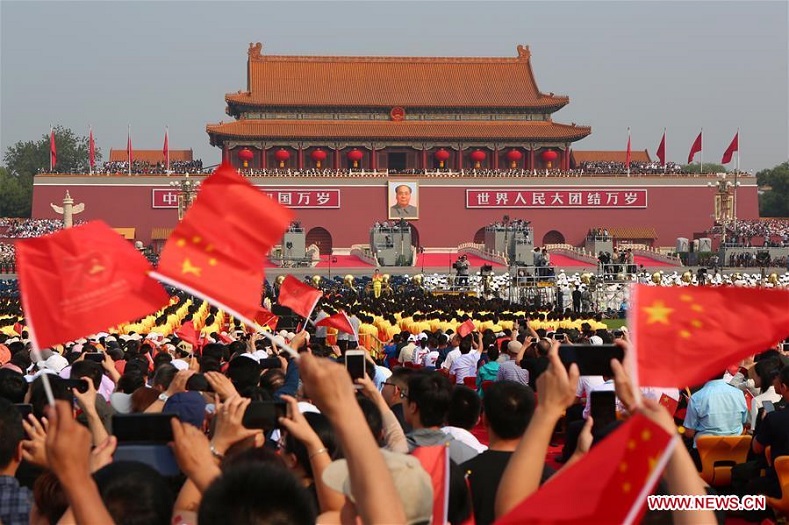 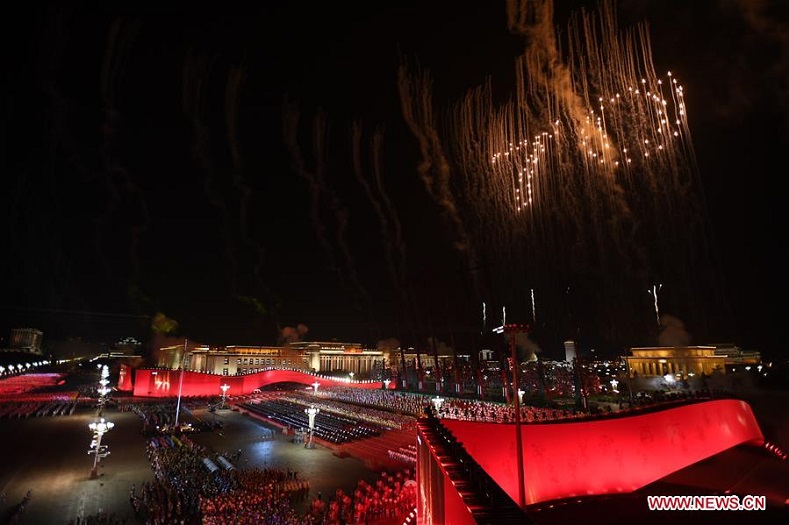