Chavistas March in Defense of Venezuela

Hundreds of Chavistas band together as they march in open rejection of U.S. interventionism Saturday in Caracas, Venezuela sending waves of support for “peace and sovereignty” in the nation.

"We say to the gringos: out of Venezuela, we do not want war in our country, we want peace," said Abraham Rios, a member of the First Black Revolutionary Front.

Miles away, along the Colombian-Venezuelan border, tensions rise as military stand poised, waiting for the U.S. to deliver the “humanitarian” aid promised to the self-declared interim president, Juan Guaido, an opposition lawmaker who made a claim for the presidency after an attempted coup on Jan. 23. 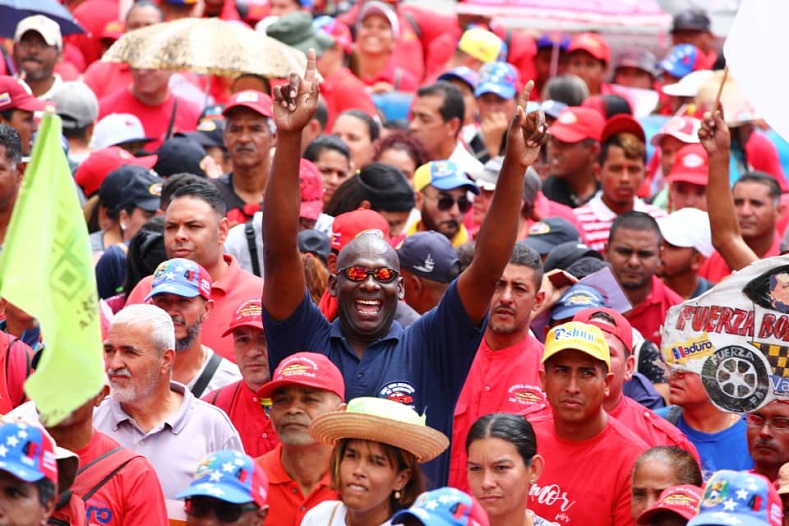 Scores of Venezuelans marched through the Bolivar Plaza in the capital city, uniting in “defense of the revolution.” Photo:teleSUR 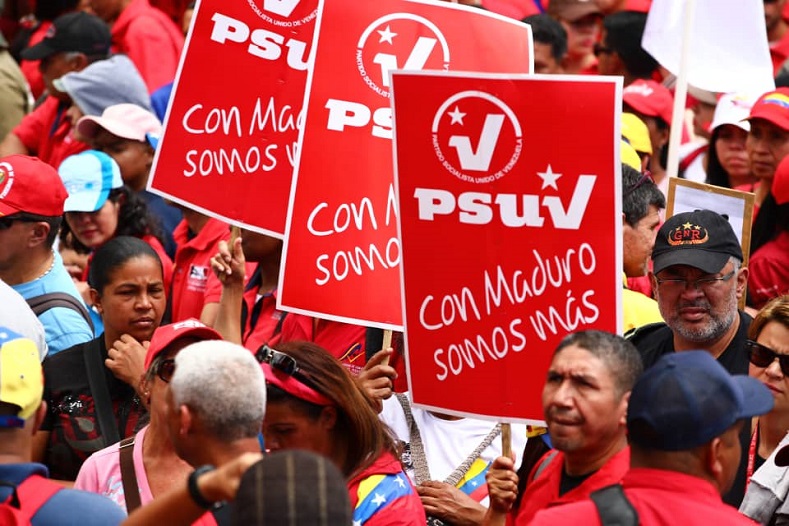 On Twitter, President Nicolas Maduro said, "Today # 23Feb the town is mobilized in Caracas and in all the cities of the country. We all go to the streets to defend our independence, with conscience and joy. There will be no war in the homeland of Bolívar and Chávez, peace will triumph here. Venezuela Respects!” Photo:teleSUR 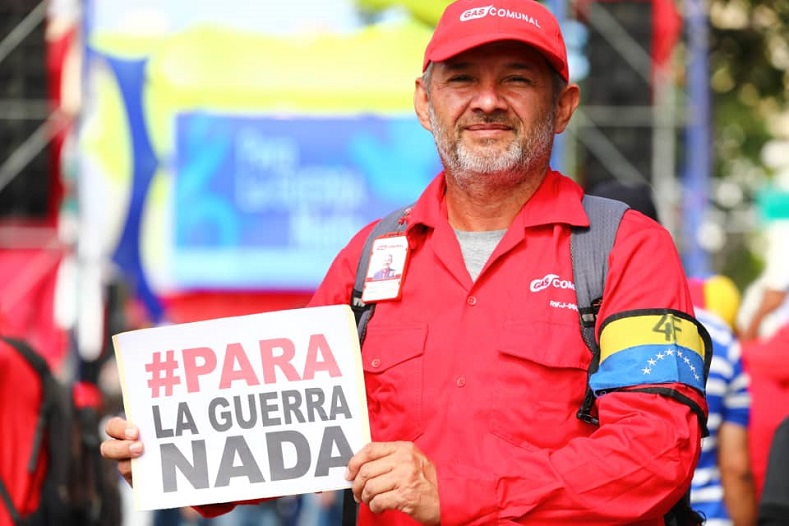 The president and various politicians are expected to join the event and give speeches, denouncing the tons of “humanitarian” aid offered by the United States, a country which has dedicated itself to sanctioning Venezuela in every possible way for over a year. Photo:teleSUR 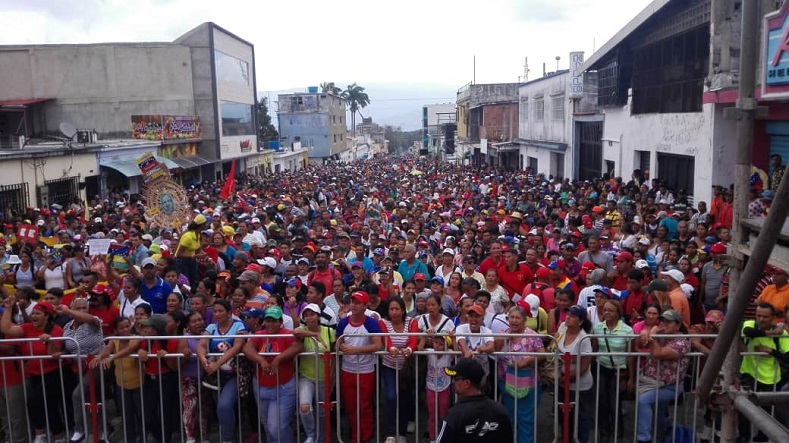 Also in the city, the three-day concert, “Trump, Hands Off Venezuela,” continues with over 150 Venezuelan and international artists performing to roaring crowds of Venezuelans. Photo:teleSUR 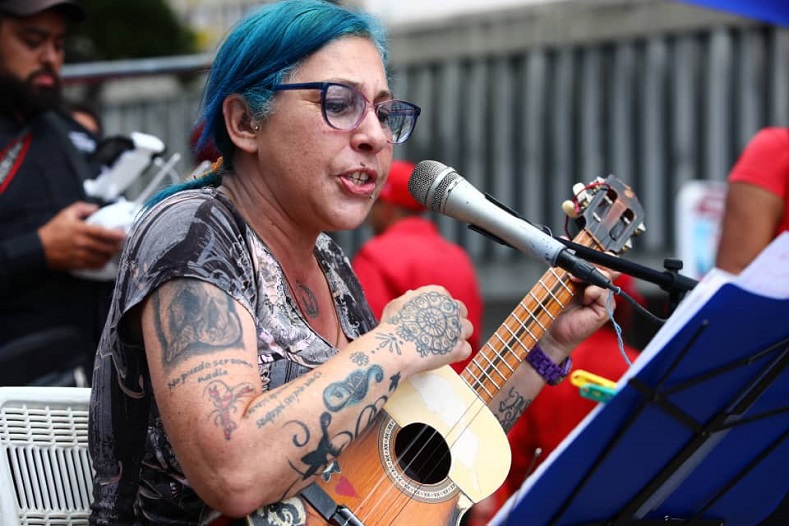 The concert was organized in opposition to the event that the North American imperialism ordered to realize in the Colombian population of Cúcuta. Photo:teleSUR 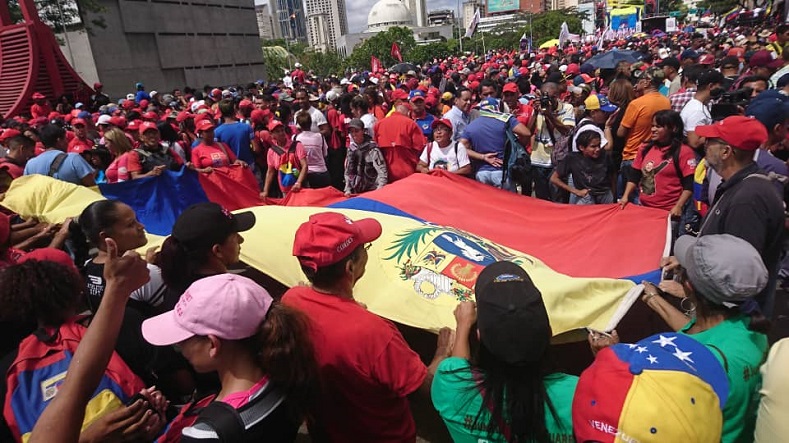 Angelo Rivas, Constituent of the United Socialist Party of Venezuela (PSUV), said, “This is the best way to demonstrate the permanent and conscious mobilization of our people and their resistance to surrender their homeland to the North American empire.” Photo:teleSUR 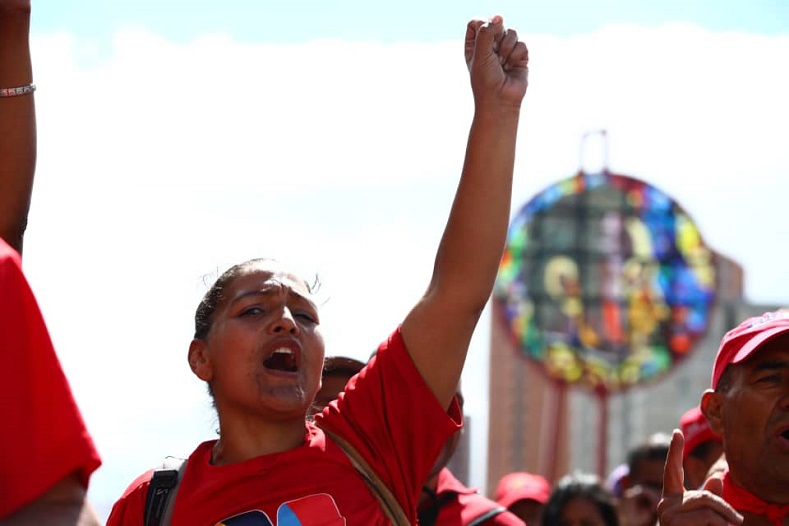 Another protester, Giovani Hernandez, told RT, “We are not going to let any foreign boot come and trample the town and the national territory.” Photo:teleSUR 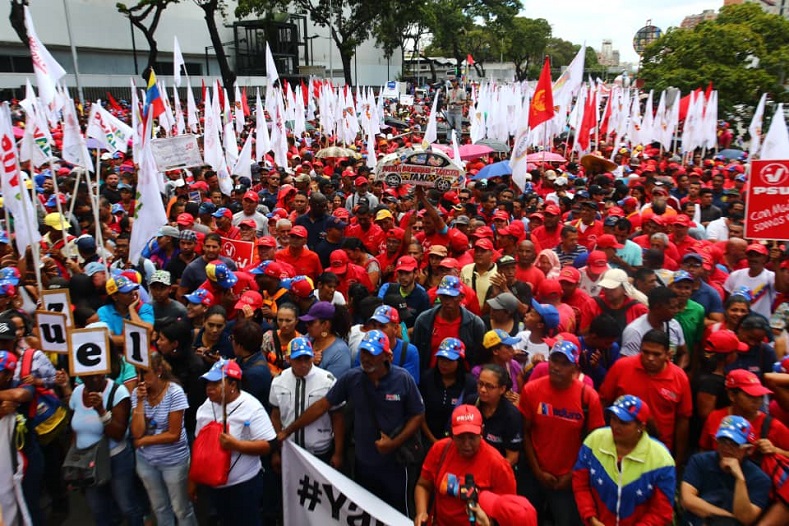 As pressure from the United States and its right-wing allies in the region continues to build, Venezuela closes its borders to both Colombia and Brazil, resisting the mounting threats of intervention. Photo:teleSUR 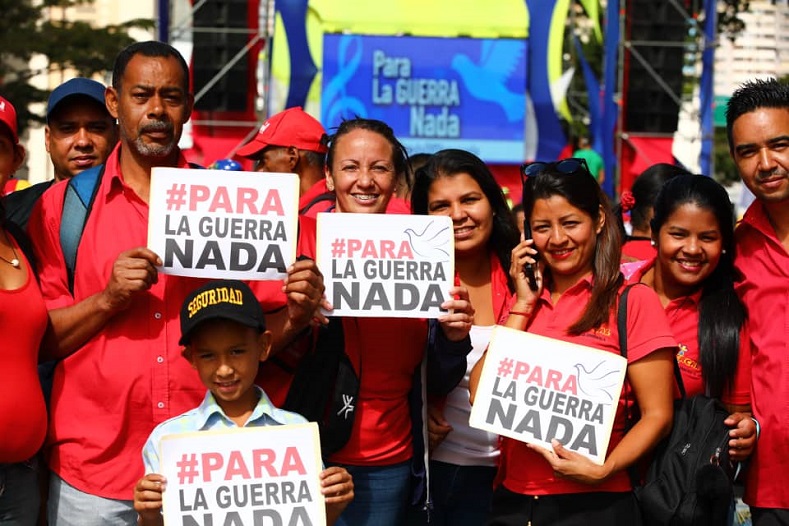 Since the attempted coup on Jan. 23, Venezuela has struggled against its opposition which has called for international intervention, despite Maduro’s repeated attempts to engage in restorative dialogue and resume diplomatic mechanisms. Photo:teleSUR 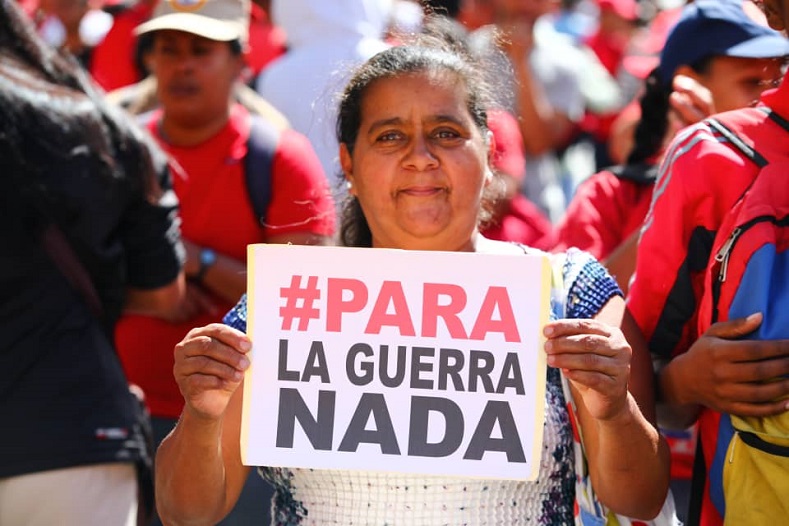 During an interview with HispanTV, Friday, Maduro explained that the United States is only pursuing these “humanitarian” ventures in an attempt to win access to Venezuela’s wealth in natural resources. Photo:teleSUR