Workers, students and teachers staged Friday the "National Day of Struggle in Defense of Social Security," an act of resistance to neoliberal policies organized by 10 trade union centers, the Brazilian People Front, and the "People Without Fear" Front in 126 cities across the country.

This far-right reform will mainly affect the most vulnerable social groups such as pensioners, people with different abilities, the poor and workers. However, Bolsonaro's proposal provides special treatment for military and rich people. 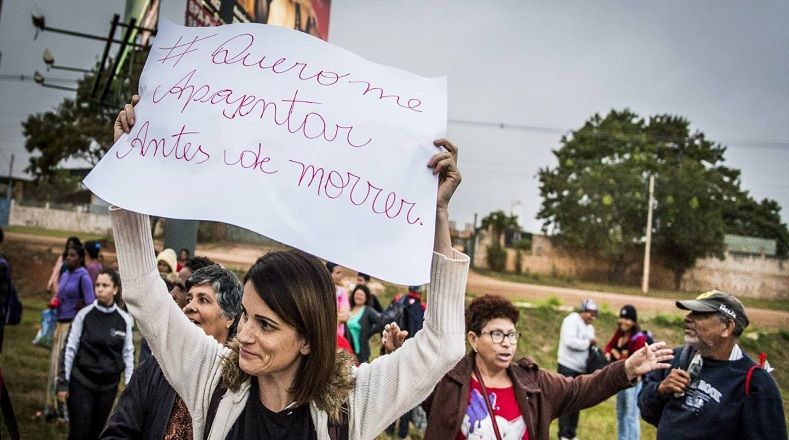 Bolsonaro's reform will end the retirement fund system, social protections (for pensioners, people with disabilities and older adults) and the social security system.The sign says "I want to retire before I die." Photo:Medios Ninja 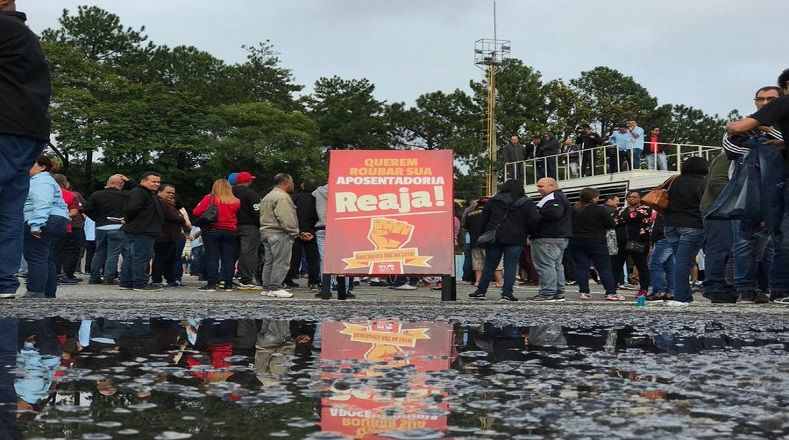 Today's massive National Mobilization in Defense of Social Security is expected to be the first expression of a more extensive campaign against the neoliberal reforms in Brazil. Photo:Brasil do Fato 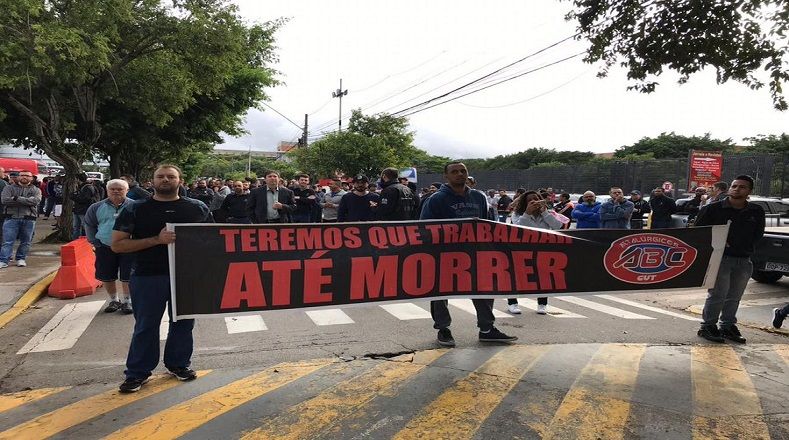 Brazilians hope that these mobilizations will encourage the start of a general strike to repeal Bolsonaro's initiative. In the photo the workers hold a banner reading "we have to work until we die." Photo:Brasil do Fato 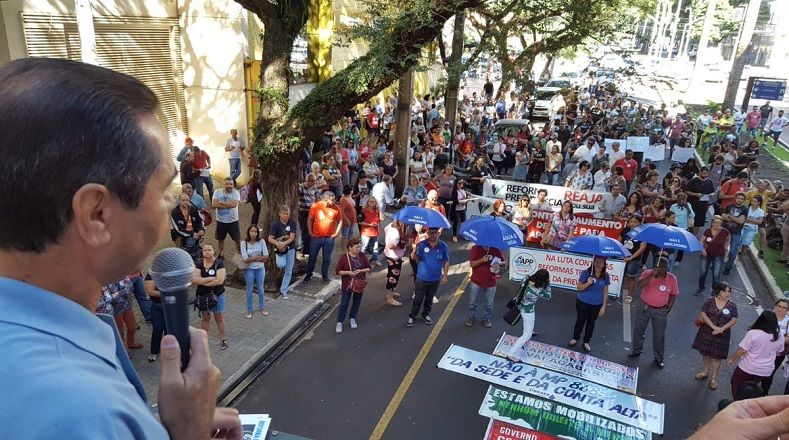 The march was accompanied by "moments of pause" in which the workers explained the characteristics and consequences of the Constitutional Amendment Proposal sent by Bolsonaro in January. Photo:CUT 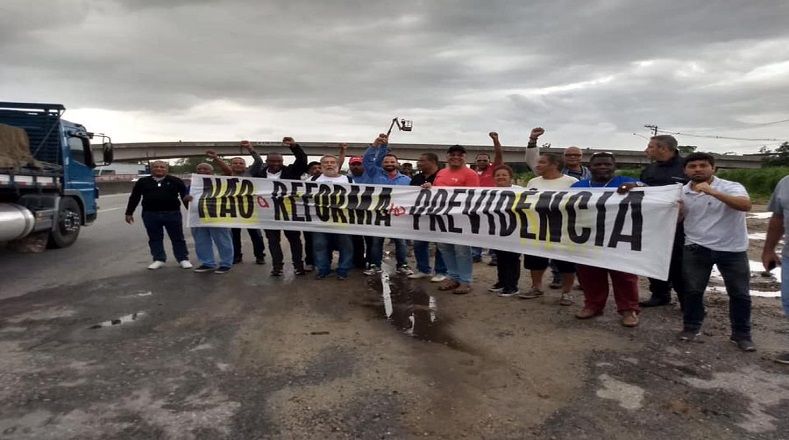 More than 10 Brazilian national trade unions occupied streets and public places across the country to express their disagreement with neoliberal policies which will worsen the population’s living conditions. Photo:Brasil de Fato 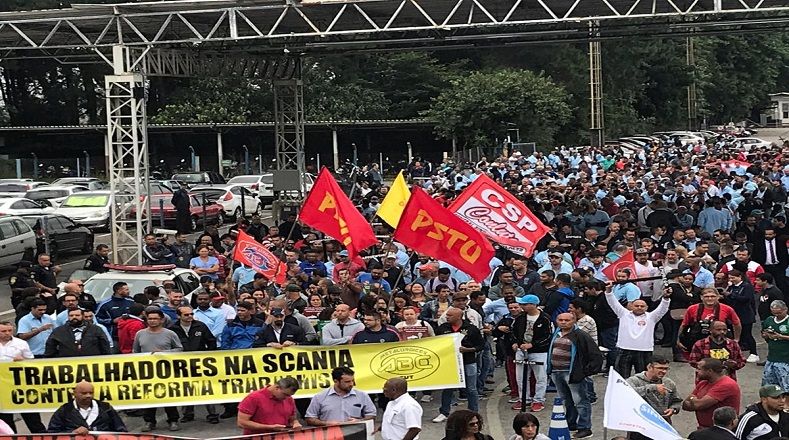 Bolsonaro's new "social security" will be based on a “capitalization system” whereby each worker’s funds will be managed by private banks. In plain language, this means privatizing the pension, retirement and social security funds altogether. Photo:Brasil de Fato 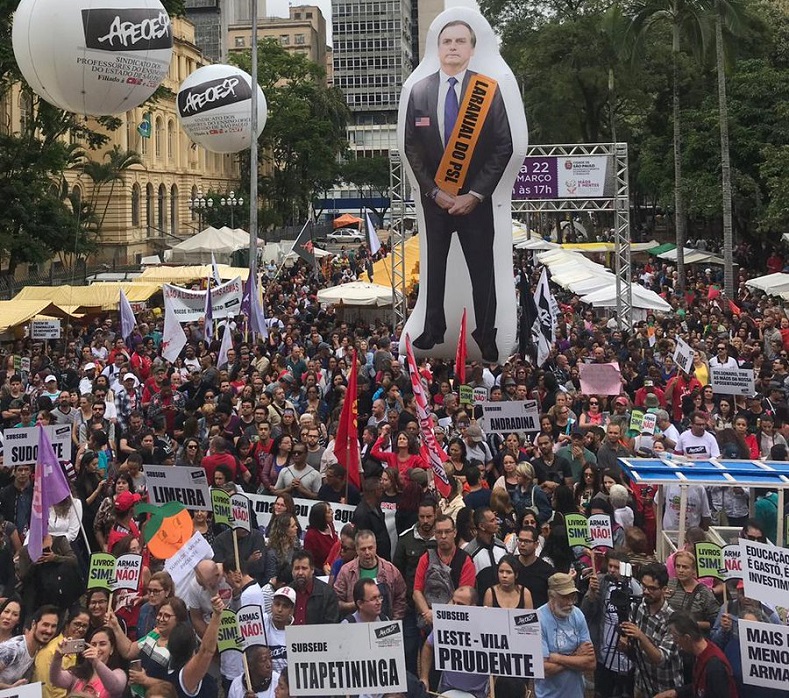 More than 10,000 teachers gathered Friday at the Republic Square, in Sao Paulo, to march together with workers and citizens against Bolsonaro's Social Security Reform. Photo:CUT