People gathered together Thursday in Brazil to commemorate the first death anniversary of Marielle Franco.

Marielle Franco, an Afro-Brazilian lesbian, a feminist, and a socialist councilwoman, was critical of police violence and the right-wing government. She was assassinated in Rio de Janeiro along with her driver, Anderson Gomes, on the night of March 14, 2018, two weeks after she was named a rapporteur to a special commission to monitor military intervention in Rio de Janeiro.

Just days ahead of the anniversary of her murder, the country's authorities announced the arrest of two former policemen who are accused of killing Franco. One of the detainees, the military police officer Ronnie Lessa, is suspected of being the shooter that killed the councilor of Rio de Janeiro. Investigators revealed that he had personal connections to the family of President Jair Bolsonaro. 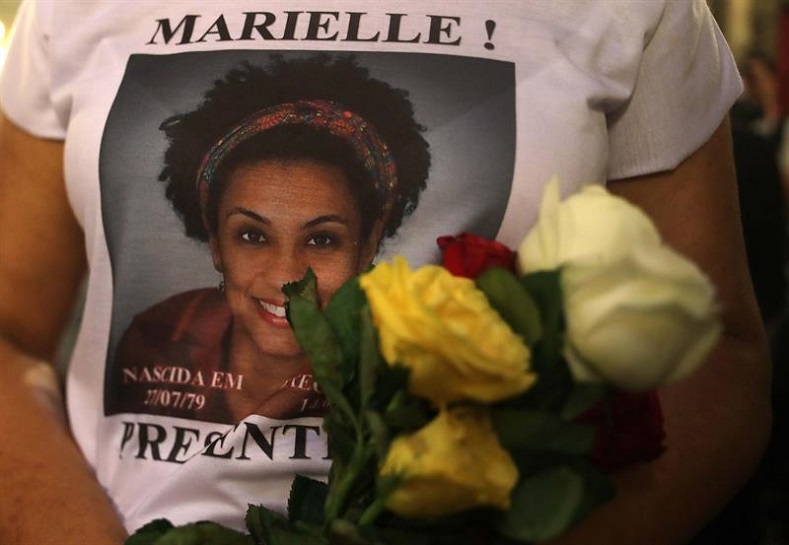 A woman wears a shirt with Marielle Franco’s face saying “Marielle is here” during a demonstration. Photo:EFE 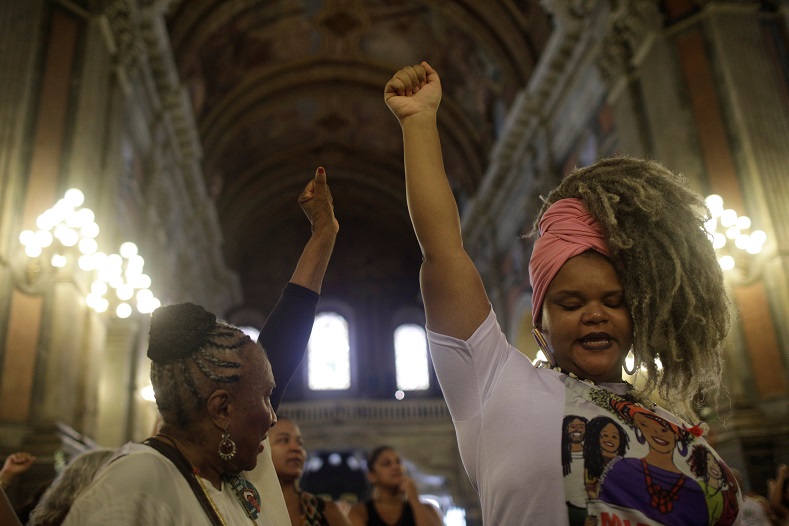 The investigators discovered that the crime was meticulously planned for three months. Photo:Reuters 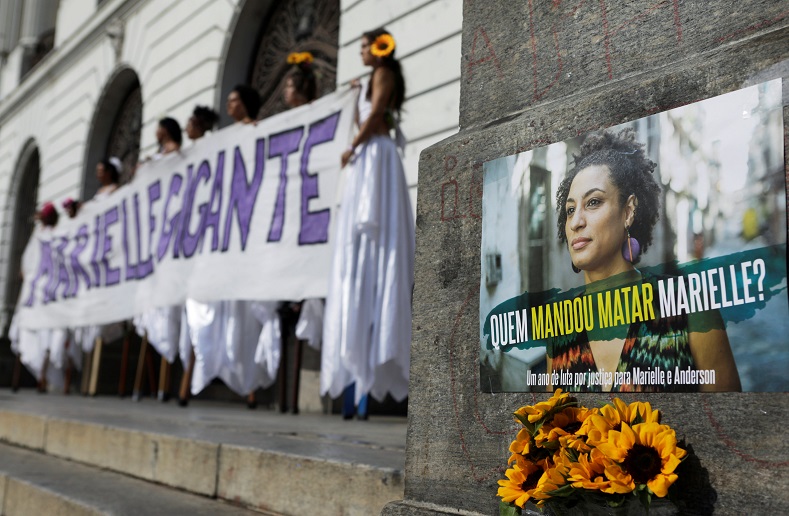 A sign that reads "Who ordered the killing of Marielle?" is seen during a demonstration. Her companion, Monica Benicio, asked Tuesday why nobody was asking about the identity of the person who ordered Franco's killing. Photo:Reuters 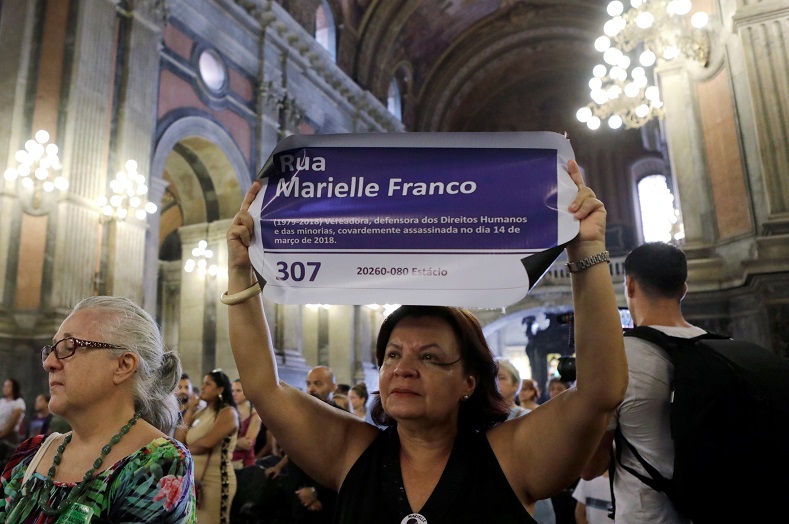 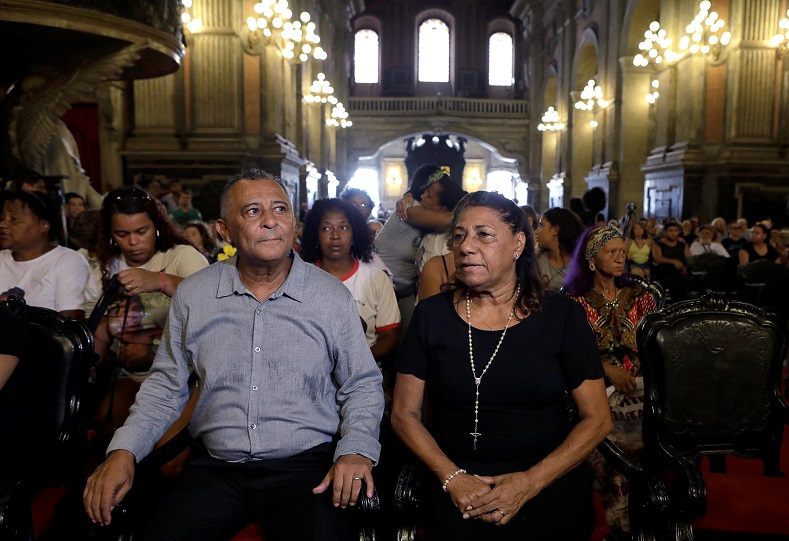 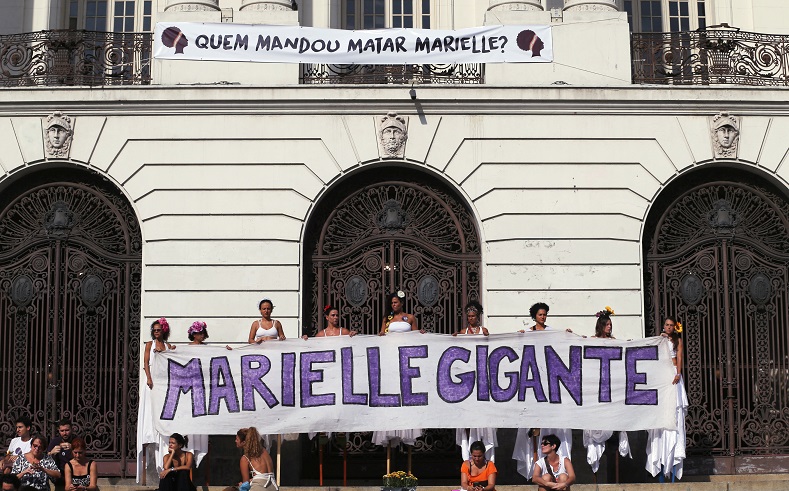 Women display a banner that reads "Marielle" as they attend a demonstration to mark the first year of Marielle Franco's murder in downtown Rio de Janeiro. Photo:Reuters 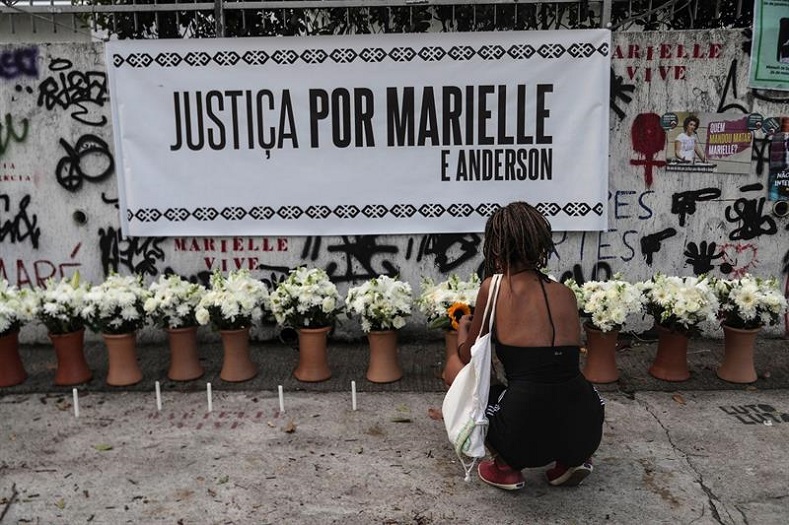