The sisters engaged with Kahlo and even shared a staple Indian drape, called 'Sari,' with her.  “We put her in one of our saris and she loved it.”

Distinguished Indian political author Nayantara Sahgal graduated from college in Massachusetts in 1947 – the year India gained its independence – and visited Mexico with her older sister, Chandralekha.

During their trip to the Central American country, the sisters had the privilege of visiting celebrated Mexican artist Frida Kahlo at her home. Their host knew the revered activist painter “I had just graduated from Wellesley College in the summer of 1947,” Sahgal wrote. “We visited Frida, who our host in Mexico knew.”

The image documenting the visit was first posted by Instagram account Borders and Fall, an online publication that documents India’s crafts and fashions.

The sisters engaged with Kahlo and even shared a staple Indian drape with her. “We put her in one of our saris and she loved it,” Sahgal said. “Frida gave me two beautiful photos of herself, inscribed by her.” 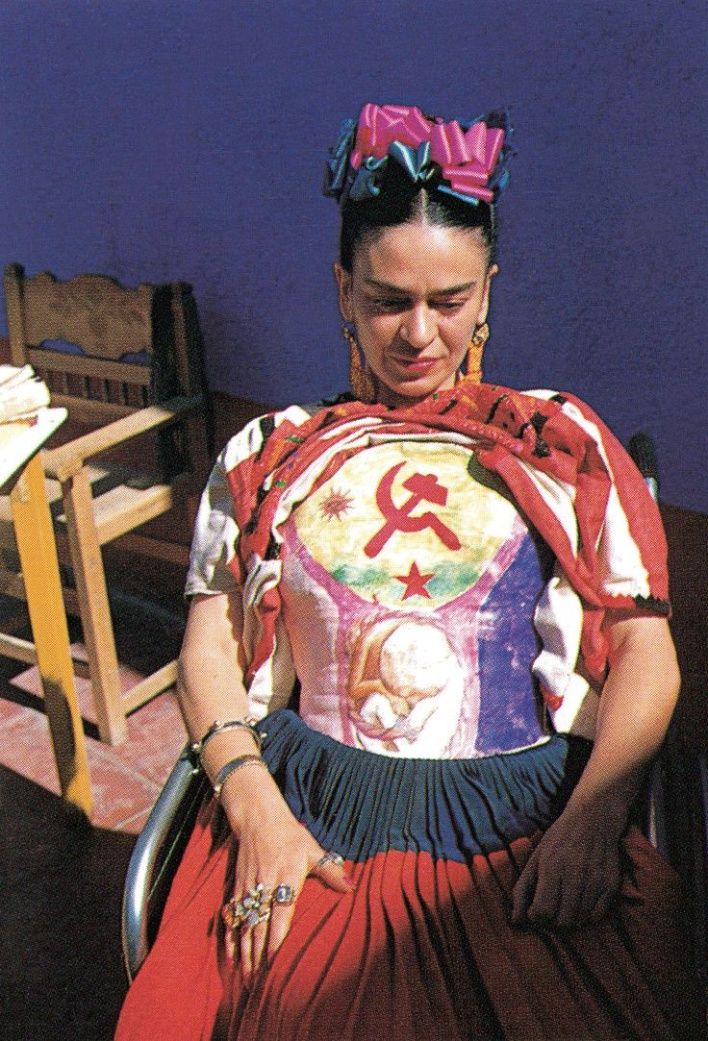 Kahlo is known for self-portraits. She remains a favored figure in the art sphere. Her work depicts Mexican popular culture influence, with visuals exploring identity, postcolonialism, gender, class and race. She was political with her art and relied heavily on symbolism. She became a member of the Mexican Communist Party, but later embraced a more left-wing ideology. Kahlo’s work documented an evolution from her political imagery, through the self-portraits to mysticism.

The writer and the artist shared a common thread, they were both opinionated women and ahead of their time.

In the early 1940s, Sahgal's entire family had been convulsed by the Indian freedom movement. Her parents were in prison; even her sister, Chandralekha, was in prison during the Quit India agitation in 1942.

She is the daughter of Vijaya Lakshmi Pandit – India’s first ambassador to the USSR, U.S., Mexico and the United Nations. She is also the niece of India's first Prime Minister Jawaharlal Nehru as well as cousin to its third Prime Minister, Nehru's daughter, Indira Gandhi.

So, when the imperialist British Government, of which India was a colony at the time, told the Nehru-Pandit family that none of the children would be allowed to go to university unless they promised not to take part in politics –  it was not a thought to be contemplated, considering the family's extensive genetic connection to politics.

During that time, Chinese President Chiang Kai-shek and his wife Soong Mei-ling made a trip to India, with an aim to convince the British Government to allow the creation of an independent national Indian government. Soong, better known as Madame Chiang Kai-shek, had studied at Wellesley and so petitioned the college to admit the sisters.