Venezuela again is under attack from multiple fronts in a push to overthrow the Bolivarian Revolution, including right-wing violence on the streets, the OAS head's attempts to oust the South American country from the regional organization, U.S. veiled threats on the country, and efforts to oust President Nicolas Maduro.

The Venezuelan people continue to resists attempts at compromising their sovereignty, knowing that only poverty and misery await them if the local elites take power again and sell out their country to U.S. oil interests.

teleSUR looks at the roots of these attacks and the efforts being made to protect the achievements of the past 19 years.

US Pumped $4.2M in 2015 to Destabilize Venezuelan Government

Almost US$2 million of these funds were funneled through the National Endowment for Democracy for opposition organizations ahead of the elections. READ MORE

The escalation of political violence in Venezuela combined with international pressure could result in a dangerous outcome, not just for Venezuela but for the region. READ MORE

Venezuelan Interior and Justice Minister Nestor Reverol called on the country’s judicial branch to investigate ongoing acts of violence committed by the right-wing opposition in Caracas. The anti-government demonstrators have been attacking National Guard and police officers with sticks, rocks and trash cans. READ MORE

Right-wing led protests turned violent, once again, on the streets of Caracas Monday, marking the fourth day of aggravated violence in a week. READ MORE

Thousands pounded the streets of Caracas, expressing a sense of fatigue at constant right-wing attacks on the country's sovereignty. The march was a direct counter against opposition marches, as Venezuela's MUD coalition rallied its supporters in a bid to further solicit the application of the Organization of American States' so-called "Democratic Charter," which could see the country suspended from the regional bloc. READ MORE

Venezuelan social movements are keeping a watchful eye on the violent opposition-led protests that have hit Caracas over the past week, as organizations such as “Comunidades Al Mando” and “Colectivo Casa Cultural la Minka” vow to continue the hard work of uniting all Venezuelans through combating the nation’s food crisis. READ MORE

The Organization of American States, OAS, is preparing to vote on whether to apply the democratic charter against Venezuela. If successful, the vote would expel Venezuela from the body, likely resulting in a renewed crisis of confidence in a body. READ MORE

US Southern Command Warns of 'Response' to Venezuela 'Instability'

The U.S. military's top official for Latin America presented an ominous report to the Senate warning that Venezuela could be a "destabilizing" factor in Latin America. "Venezuela faces significant instability in the coming year due to widespread food, and medicine shortages; continued political uncertainty; and a worsening economic situation," said the commander of the United States Southern Command. READ MORE

Cuban Foreign Minister Bruno Rodriguez blasted the Organization of American States for promoting "capricious manipulation" and "dark compromises" in the region by attacking Venezuela and being complicit in Washington's interference in the region's integration. READ MORE

Bolivian President Evo Morales took to social media to call out the hypocrisy in the Organization of American States as it continues to set its sights on Venezuela while continuing to ignore an increasingly tense political situation in Paraguay years after the country suffered a coup. READ MORE

Haiti Stands Up to US, Rejects OAS 'Coup' Attempt Against Venezuela

Haiti’s new administration is pushing back against U.S. hegemony in the region — siding with Venezuela against the ongoing attacks the Bolivarian nation continues to face. READ MORE

As the usual suspects attack the Bolivarian government in Venezuela for a ruling today by the Supreme Court of Justice, claiming that there has been a "coup" and that the country has fallen into a dictatorship, the Venezuelan government has denounced this attempt at destabilizing the government. READ MORE

The U.S. government claimed that Venezuela's top court had "usurped" power from the country's National Assembly, after the Supreme Court made a statement about its responsibility to ensure the rule of law in a ruling on a constitutional interpretation on joint public-private ventures. READ MORE

On Jan. 5, 2016, the court declared the National Assembly in contempt for swearing in three opposition lawmakers whose elections were suspended temporarily for voting irregularities in the Amazon region. Given that it has been operating with non-verified people acting as legislators, the court has said all of the Assembly's actions are illegal. READ MORE 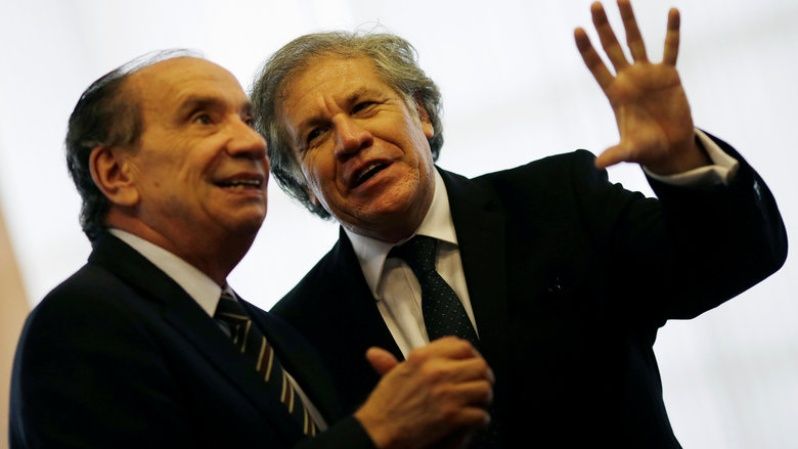 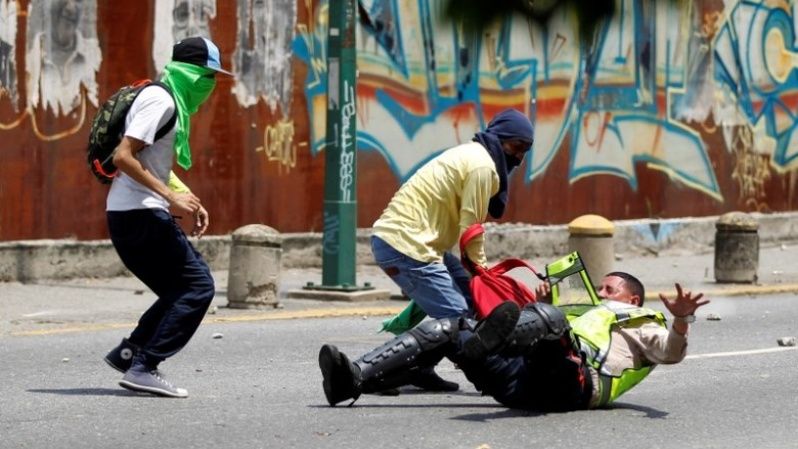 title='Violent right-wing demonstrators burn tires in Caracas in what many have likened to the deadly guarimba protests of 2014.' width="798" height="449"> 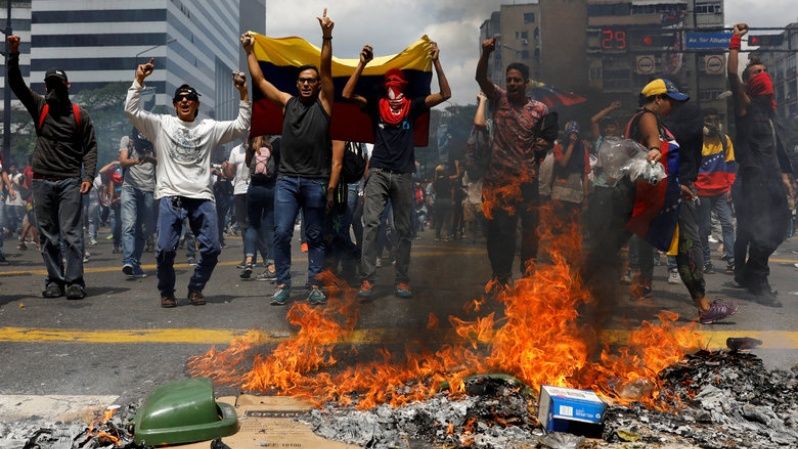 Violent right-wing demonstrators burn tires in Caracas in what many have likened to the deadly guarimba protests of 2014. | Photo Reuters 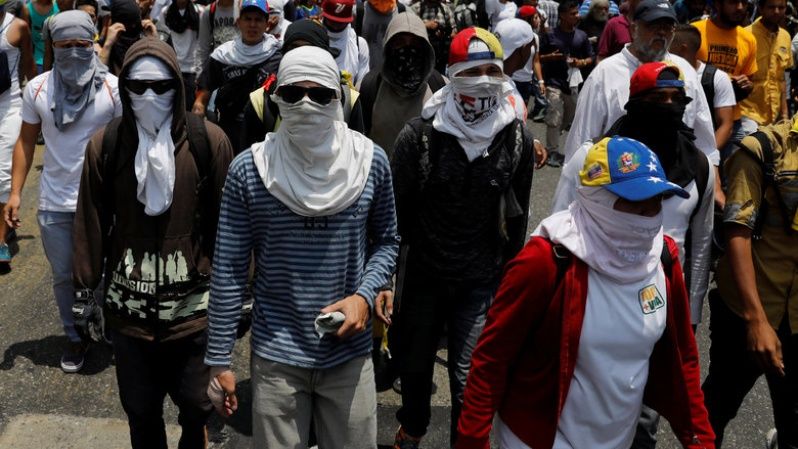 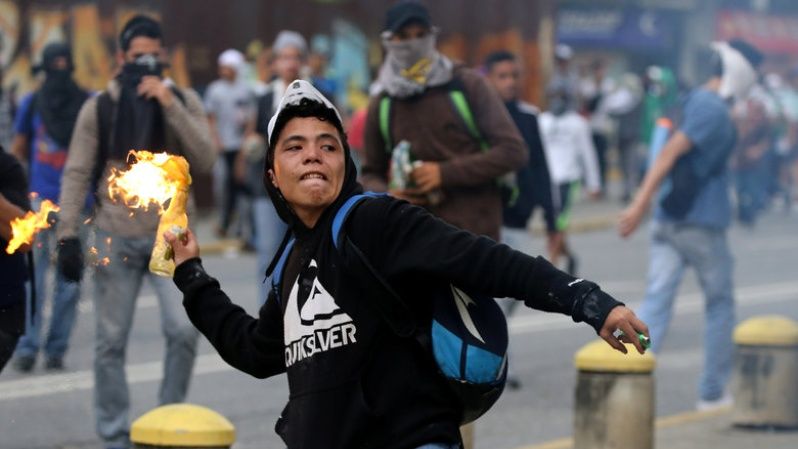 A demonstrator throws a molotov cocktail while clashing with riot police. | Photo Reuters 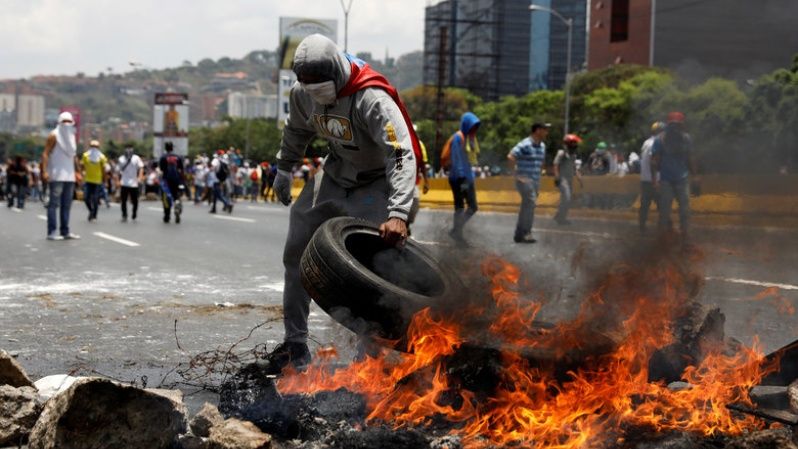 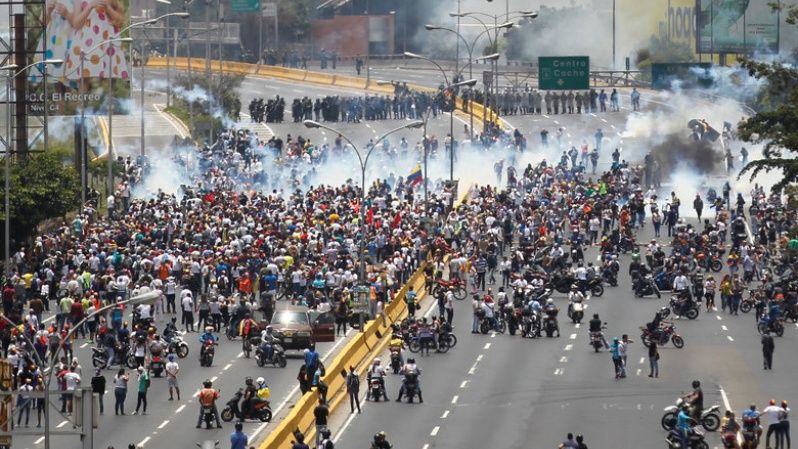 title='Supporters of President Maduro protest against attacks by the opposition and OAS.' width="798" height="449"> 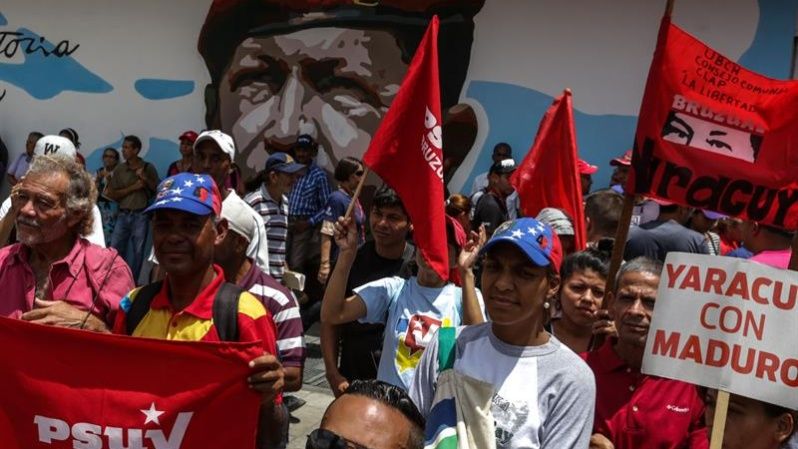 Supporters of President Maduro protest against attacks by the opposition and OAS. | Photo EFE 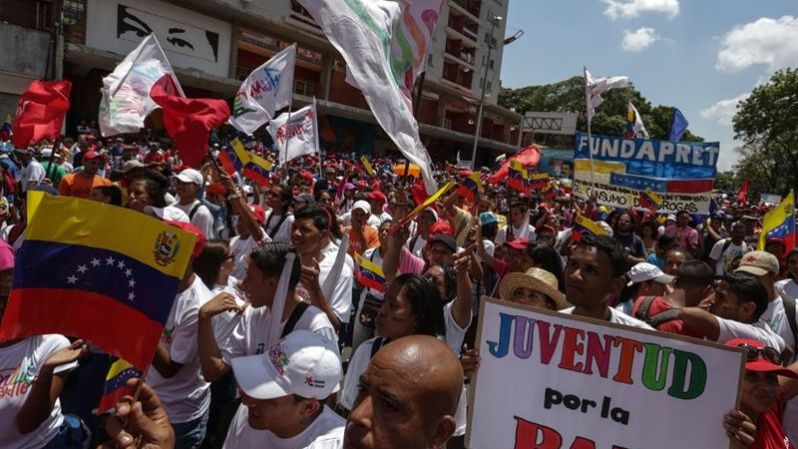 title='Protesters carry an inflatable version of Hugo Chavez to show their support for the Bolivarian Revolution.' width="798" height="449"> 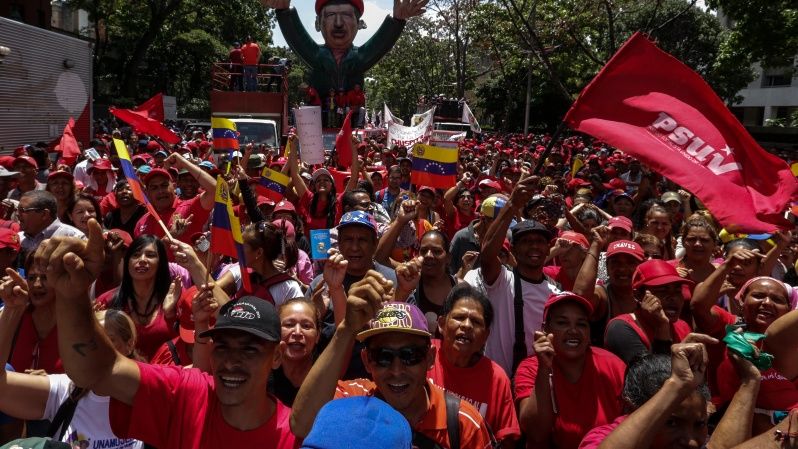 Protesters carry an inflatable version of Hugo Chavez to show their support for the Bolivarian Revolution. | Photo EFE 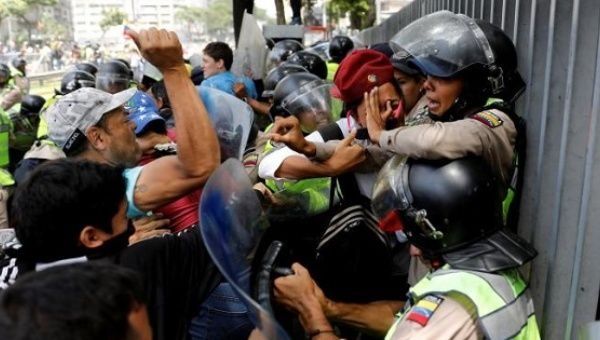 Maduro Denounces Dangerous Message on Use of Chemical Weapons 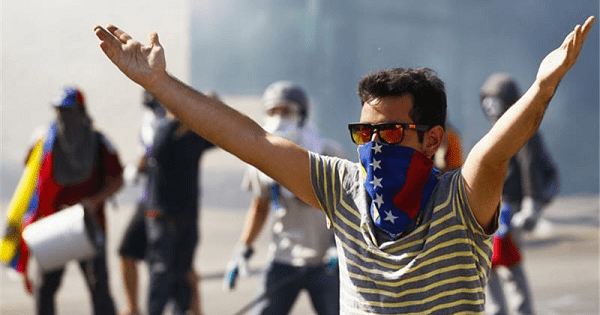 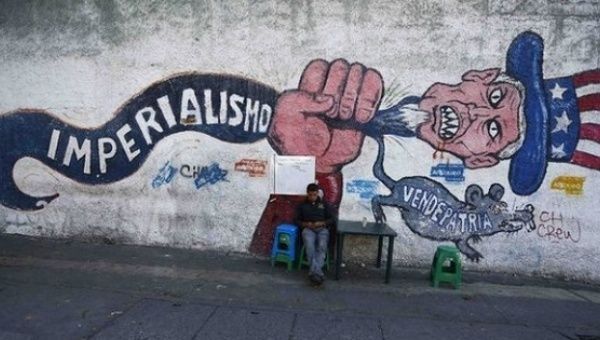 US Imperialism Attacks Syria, Venezuela Based on Lies: Maduro 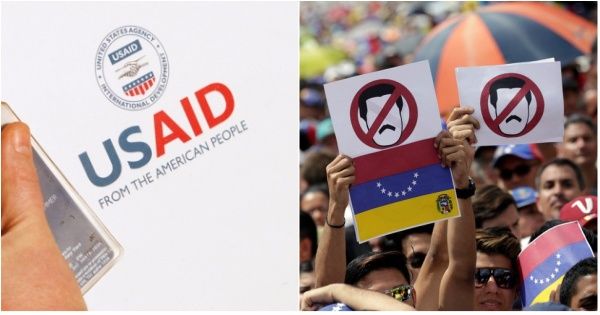 US Pumped $4.2M in 2015 to Destabilize Venezuelan Government