Remembering the Deadly Guarimbas in Venezuela

Across Venezuela on Feb. 12, 2014, right-wing groups took to the streets to begin what they called "the exit" of President Nicolas Maduro, who had defeated the opposition in elections in 2013, after the death of President Hugo Chavez. While the international media turned to the opposition-controlled private Venezuelan media for information, portraying the right-wing as innocent victims, teleSUR takes a look at what really happened three years ago and the violence the right-wing carried out that left 43 people dead.

Three years ago, 43 people were killed in right-wing violence in Caracas, Venezuela, in a carefully orchestrated campaign to oust the democratically-elected government of President Nicolas Maduro. READ MORE

What began as violence at some of the country’s more elite universities quickly descended into the violent street barricades known as the "guarimbas." Forty-three people, mostly civilians and security personnel, were killed. Entire communities were walled in, their residents blocked from accessing food, transport, gas and even necessary medical services. Buildings were set alight with people inside, hundreds were injured. READ MORE

8 Times the Venezuelan Opposition Didn't Play by the Rules

After years of being the opposition and vocally criticizing the constitution, which was drafted by the socialist party under President Hugo Chavez and passed by a popular referendum, the MUD seems to have developed a new fondness for it, demanding the administration of President Nicolas Maduro respect it to the letter in order to push through the sweeping changes they have planned. READ MORE

The Double Discourse of the Venezuelan Right

Since winning a supermajority in December’s national elections, Venezuela’s right-wing coalition has bashed President Nicolas Maduro’s government and the socialist alliance over the head with the constitution, demanding that they respect its laws. But the language of their own leader reveals that they have no plans to do so themselves. READ MORE

The Distorted 'Democracy' of Leopoldo Lopez

Because his efforts in calling for, planning and then promoting violent blockades in the country — violence which claimed the lives of 43 people, injuring hundreds, and causing billions in damage to public buildings and infrastructure — Lopez was arrested and imprisoned. READ MORE

Keys to Understanding the Legal Process Against Leopoldo Lopez

Lopez has been behind bars for 18 months for calling for opposition violence last year that left 43 people dead, and hundreds injured.Lopez surrendered to police on February 18, 2014, after giving a speech against president Maduro, claiming to be a victim of the government. READ MORE 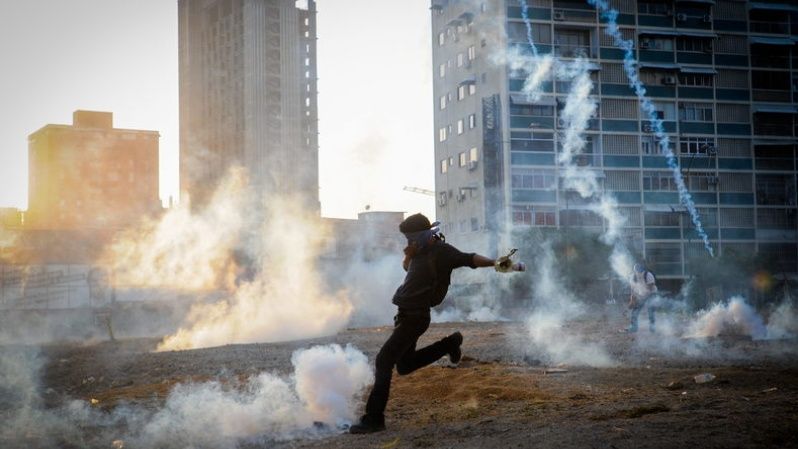 On Feb. 12, 2014, anti-government groups took to the streets to roll out a carefully prepared campaign for “la salida.” | Photo EFE 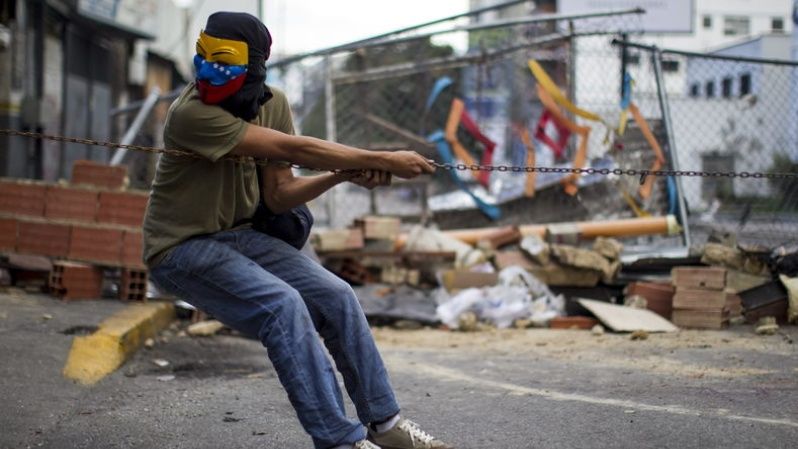 The protests, known as the guarimbas, quickly turned violent, leading to the deaths of 43 people. | Photo EFE 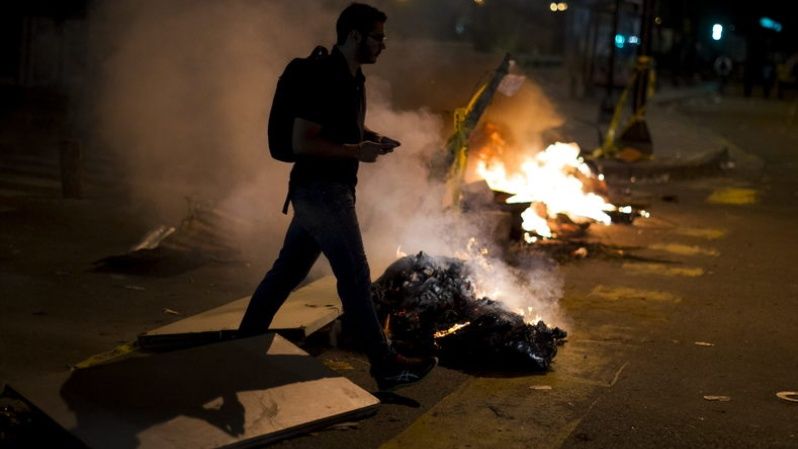 title='Protesters carry a bomb during the demonstration against the government of President Maduro.' width="798" height="449"> 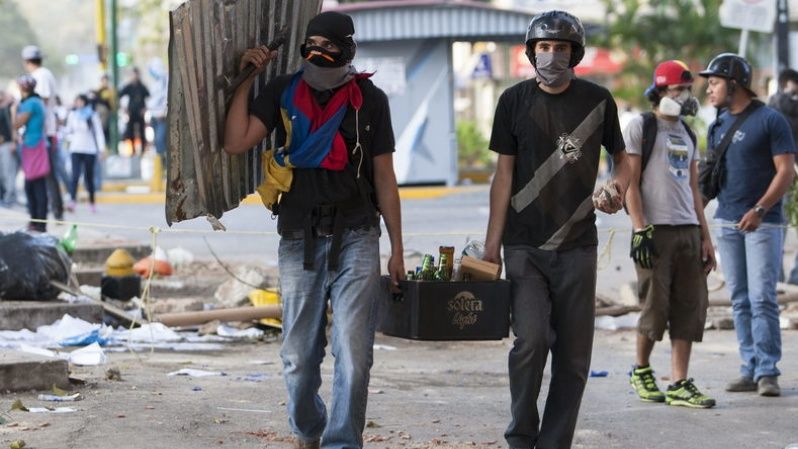 Protesters carry a bomb during the demonstration against the government of President Maduro. | Photo EFE

title='Hundreds more were injured as the violence escalated.' width="798" height="449"> 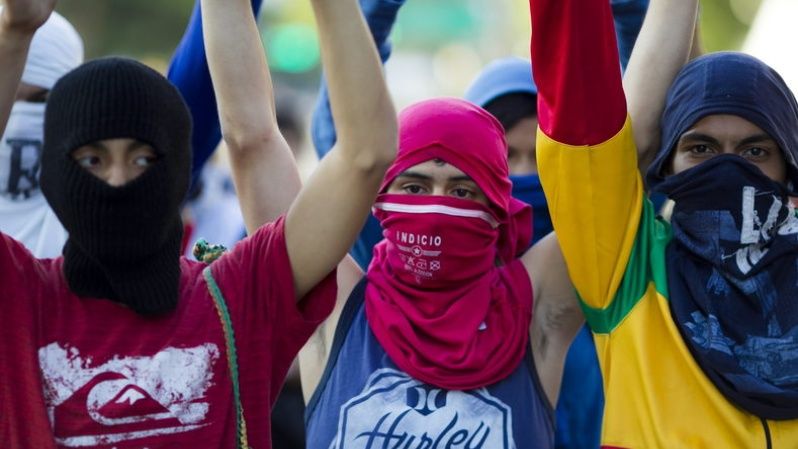 Hundreds more were injured as the violence escalated. | Photo EFE 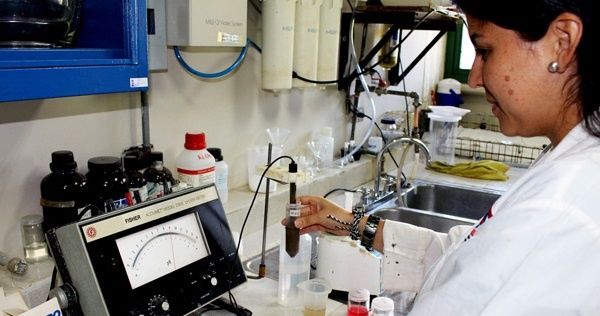 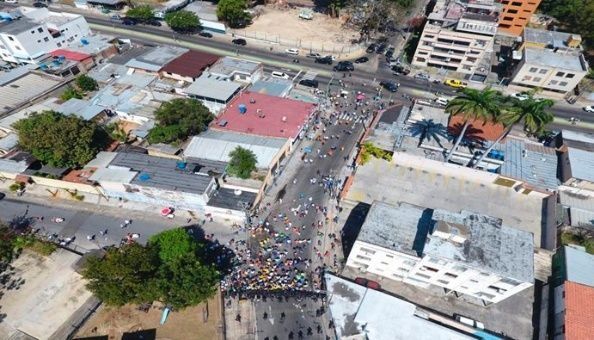 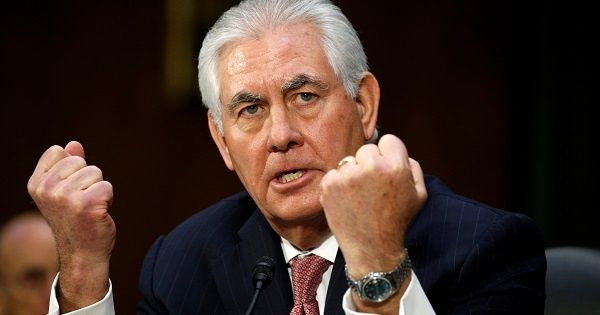 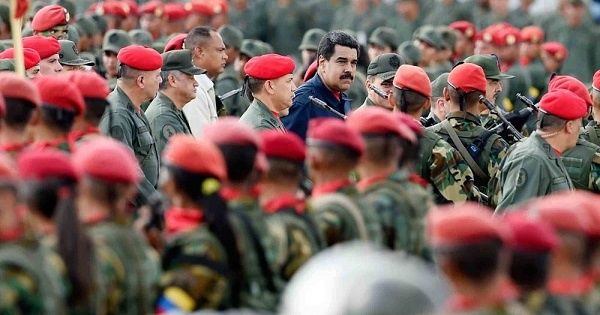