Venezuelan President Nicolas Maduro denounced that the real objective of the United States behind imposing a new government in the South American nation is to appropriate the energy and mineral resources of this country. 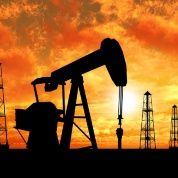 "They have the ambition for oil, gas and gold. We tell them: these riches are not yours, they are for the people of Venezuela and that's how it will be forever," Nicolas Maduro warned on Wednesday, Jan. 23, in the Venezuelan capital Caracas shortly after opposition lawmaker Juan Guaido illegally declared himself "interim president" and received support for his unconstitutional move from the U.S., Canada and other right-wing governments in the region.

A deeper look into the reasons behind such right-wing flood to support the parliamentary coup reveals that the objective behind such endorsement of an internationally illegal act is behind the publicly stated humanitarian reasons and in fact about robbing the country of its riches after two decades of progressive and sovereign policies by the Bolivarian government that limited Washington's access to such resources.

According to the CIA World Factbook, as of Jan. 1, 2017, Venezuela had the largest proven oil reserve estimate of any country, including Saudi Arabia.

As of November 2017, the South American nation had 300,900,000,000 barrels of proven reserves in the "Hugo Chávez" Orinoco Oil Belt. After the inauguration of Nicolas Maduro for a second term, Donald Trump government began to consider expanding its sanctions on Venezuelan crude to add pressure against the constitutional president.

Oil analysts have indicated that the objective, beyond preventing the sale of oil to China, is to ensure a stable source of oil to serve the U.S. market that is increasing and that its own current production can not supply. On Jan. 16, the U.S. Department of Energy revealed that its reserves decreased by 2.7 million barrels, reaching 437.1 million.

In terms of proven gas reserves, Venezuela had 198.3 trillion cubic feet in 2017, according to the Ministry of Petroleum. The new proven reserves are distributed in 2.3 trillion cubic feet of the traditional areas of Maracaibo, Maturin, Barcelona, Cumana and Barinas, and 718.7 trillion that lie in the blocks of the Oil Belt.

Venezuela has denounced the international campaign promoted by the United States against the Mining Arc where the reserves of gold, diamonds and other minerals such as coltan are concentrated.

The campaign against the Mining Arc has sought to increase the levels of economic suffocation in Venezuela by presenting Venezuelan gold as a product of trafficking and corruption.

In 2018 Venezuela advanced in the certification of more than 30 gold fields in the country, with which it aimed to establish itself "as the second largest gold reserve on the planet".

During  2018 and despite the sanctions, the South American nation received a 200 percent increase in its non-oil exports compared to 2017, mainly gold sold to Holland, Portugal, Spain, Sweden, Switzerland, the United States, the United Kingdom and especially to Turkey. In the first months of 2018, Venezuela exported 23.62 tons of gold to the Eurasian nation, valued at US$900 million.

By representing an alternative to oil and one of the largest proven gold reserves in the world, the U.S. has renewed its interest in appropriating this mineral and obstructing the commercial exchange that Venezuela maintains with Russia and Turkey in the Mining Arc.

As President Nicolas Maduro denounced Wednesday, Washington's real objective in Venezuela is to seize the immense natural and mineral resources of the South American nation.

In 1998, commander Hugo Chavez Frias had a pivotal electoral triumph that changed the fate of Latin America for around 20 years, from that time to this date, there have been up to 15 progressive democratically elected governments in the region.

Commander Chavez and Nicolas Maduro first as foreign affairs minister and then as president have been crucial in the integrationist efforts in Latin American, guided by the ideals of Simon Bolivar of a united continent. With the cooperation of other countries and presidents such as Luiz Inacio Lula da Silva, Dilma Rousseff, Rafael Correa, Evo Morales, Nestor Kirchner, Cristina Fernandez de Kirchner, Manuel Zelaya, Fernando Lugo, Daniel Ortega, Fidel Castro, Raul Castro, Venezuela pushed forward for the regional integration of the continent.

RELATED:
The Case for the Legitimacy of Maduro's Second Term

During these years some bodies of regional integration bodies were created such as the Community of Latin American and Caribbean States (CELAC), the Bolivarian Alliance for the Peoples of Our America (ALBA), The Union of South American Nation (UNASUR), The Bank of the South, the News Network teleSUR, and the Southern Common Market to enforce South American trade bloc (MERCOSUR), all organizations that sought to create a more unified and independent Latin American and the Caribbean community.

From that moment a series of efforts began, in order to destabilize these governments. Soft coups against progressive presidents started, the first one against Chavez in 2002 which failed, then another against Honduras' Manuel Zelaya in 2010, followed by a parliamentary maneuver against Paraguay's Fernando Lugo, and partially ending with a parliamentary coup against Brazil's Dilma Rousseff in 2016.

These processes have been defined as "lawfare", such as the current legal wrangling against Lula, to which we can add the more recent ones against Rafael Correa and Jorge Glas in Ecuador and a very similar process against Cristina Kirshner in Argentina.

The domino effect rising of right-wing governments in Latin America, and defeating the "National Popular governments" continues in the region, and Venezuela is one of the last standing defenses, along with Bolivia, Nicaragua, Cuba, and El Salvador.

This is why a destabilization mediatic and a political and economic campaign has been unleashed against Venezuela, and all the "National Popular governments" of Latin America, for years. Defeating Venezuela, one of the first progressive countries and governments in the region, is so important for the U.S. and the local right-wing oligarchies. It would be a defeat to progressivism in the region.