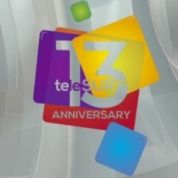 Over a baker's dozen of years, teleSUR has managed to establish and execute a focused goal, "to make the global south visible." In a world where traditional media is the mass provider of information, a growing multi-state funded Latin American news network evokes discomfort among many, but is more than necessary and decidedly required for most.

This strategy is the agenda of corporate media. "The Yankees will do everything they can so that our continent is once again their backyard," Brazilian social leader and writer Frei Betto told teleSUR in 2016 during the time when a soft coup was being carried out against then-President Dilma Rousseff.

Last week, in an Interview with Bolivian President Evo Morales for Russian RT's 'Speaking With Correa,' both Latin American leaders discussed the relentless attacks from international right-wing cohorts as well as overt U.S. threat towards the progressive governments in the region.

"If there's no military coup, there's a parliamentary coup; a judicial court," said Morales. These attacks, funded by corporate interests and backed by a narrative consolidated in mainstream media, are on the rise.

Famous Argentinian sociologist and political analyst, Atilio Boron, at a time when right-wing President Mauricio Macri withdrew Argentina from teleSUR, said, "during an audience convened by the 'Foreign Relations Committee' of the United States Senate an informing member of the Pentagon said: 'In today's world the anti-subversive war is waged in the media.' Given that this is undoubtedly true, we can understand the rancor of the vernacular right-wing and its imperial constituents against teleSUR."

"Thanks to teleSUR today all the peoples of the region are more Latin American than before, we have become aware that either we are a 'Patria Grande' (Great Homeland) or we will not be anything," said Boron.

As former Ecuadorean President Rafael Correa stated, "teleSUR gives appropriate information," about Latin America and the events happening around the world making it a counter-balance in the battle for the hegemonic "truth."

teleSUR's President Patricia Villegas, once said, "Our editorial and political position is non-negotiable, teleSUR is an expression of Latin American and Caribbean integration."

This, Latin America's news outlet, is a medium that not only fights against the information blockade imposed by corporate mass media but which also attempts to precipitate a multilateralism in the generation of the information and the ideas which are based on 'Global South integration.'

"When you watch teleSUR you can discover a universe of information that does not exist in other international media," Spanish journalist, writer and former editor-in-chief of Le Monde Diplomatic – from 1991 to 2008 – Ignacio Ramonet, told teleSUR in 2013.

U.S. intellectual and linguist Noam Chomsky commented that "teleSUR has been a welcome entry into the generally conformist media landscape of Latin America, presenting viewpoints and information that contribute substantially to the development of a thriving democratic culture."

For corporate-aligned mass media "the truth is intolerable, and teleSUR shows the truth of what is happening not only in this part of the world but across the globe. Shows with enlightening sobriety which expose the ravages that imperialism perpetrates every day," Boron added.

Comandante Chavez repeatedly stated that "there's no giving up here!"

At a time when progressive and leftist governments and movements are facing a major counter-revolutionary campigan from Washington and its right-wing allies in Latin America and the world, teleSUR, 13 years on, is far from done with delivering the truth to Latin America and the world’s population, as it "always calls for a serious and responsible debate on journalism. We take pride in giving truthful and verifiable information," a 2017 teleSUR press release declared.