6 November 2018 - 05:05 AM
Analysis
5 Reasons Progressives and Leftists Should Be Excited About US Midterm Elections
0 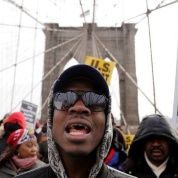 The United States has earned this role by continuously interventing into countries for their natural resources, killing millions of innocent civilians in their countless proxy wars, directly or indirectly toppling democratically elected governments for right-wing dictators or military juntas to benefit their geopolitical or business interests, to U.S corporations stealing a country's wealth or appropriating or destroying the local culture, the list goes on.

Due to this great discrepancy on who holds all the wealth and power in the most powerful and richest country on Earth, it is to be expected that any electoral parties or politicians would tend to be reactionary. Thus for a long time, U.S. and international leftists and progressives were stuck either voting for the lesser evil of two neoliberal and capitalist parties or simply refusing to vote or endorse either party. However, these Midterm elections, although just a baby step, should give progressives and leftist reasons to be hopeful that a new way forward for the left and the country, is possible.

1. Rise and electoral relevance of the Democratic Socialists

Since Bernie Sanders, a self-declared Democratic Socialist, almost won, and then was cheated out of the 2016 presidential primary win by the corporate wing of the Democrat party, the interest and resurgence of socialism and open socialist candidates has exploded. Bernie Sanders is currently the most supported and liked politician in the country and recent studies have shown that Millennials prefer socialism over capitalism. Possibly due to this, a new socialist group and candidates have provided a reason for progressives and leftists to be excited or at least pay attention to this U.S. Midterm elections.

A group called, Democratic Socialists for America (DSA), have skyrocketed to more than 50,000 members, making it the largest socialist organization in the United States since the times of Eugene Debs in the 1920s.

Related:
8 Progressive Candidates to Watch in the US Midterms.

In a huge difference to the Green party that has very little grassroots support and instead just launches a presidential candidate every four years, DSA has started from the grassroots, launching local, state, and national candidates while developing strong bases and connections to marginalized communities, the working class, unions, and youth and student communities.

While some have criticized the DSA as being a slightly more progressive version of the Democrats, they have endorsed some clear left-wing and anti-capitalist stances such as pro-BDS against Israel in support of Palestine human rights, Abolish ICE, free-education, universal healthcare, redistribution of wealth, and a large tax on the rich and corporations, among other stances. The group has proven to be the first socialist organization with electoral weight since the 1920s and 30s by either endorsing candidates or running DSA members as Democrats. This has led to huge wins from DSA members from Alexandria Ocasio-Cortez, to Julia Salazar, to Rashida Tlaib, and other State and local races.

The fact that DSA runs candidates as Democrats has brought criticism to the group but until the Democrat party collapses or the U.S. electoral system changes, it seems to be a possible way to get open socialists elected to political office in the country.

2. A Possible end of the corporate wing of the Democrats or an opening for a real left-wing third party alternative

Despite record unpopularity of Donald Trump and the Republicans and the fact that Donald Trump has led an all-out attack on the environment, workers, immigrants, refugees, and other marginalized communities, the Democrats experience similar high numbers of rejection and are only expected to win back the House.

For a party whose leaders call it “The Resistance”, they seem to have barely resisted anything in the two years of the Trump administration, with even celebrities such as Amy Schumer and Emily Ratajkowski showing more interest in direct action than the corporate Democrat leaders and their millionaire and billionaire donors.

A party led by the rich elite such as the Clintons, Chuck Schumer, Nancy Pelosi, and Barack Obama that has embraced austerity, militarism, neoliberalism, imperialism, and exclusive and classist ivory tower identity politics, and which has helped the Republicans focus wealth to the top 10 percent and kill millions of innocent people around the world, it’s no wonder the Democratic party has a 63 percent disapproval rate.

Confronted by the success of Bernie Sanders, DSA, and other progressive policies that are supported by the majority of the U.S., and after losing to possibly the easiest and most rejected candidate in U.S. political history, the Democrat corporate leaders seem to have doubled down on being a neoliberal and exclusive capitalist party.

However, if the Democrats fail to win back the House and the Senate, or only barely win back the House, it could provide a big opportunity to the left. Either the corporate leaders will no longer be able to hold back the young and progressive members demanding a change, or it could finally open up the possibility of a realistic and actual leftist third party to enter U.S. politics.

3. The rise of radical social movements

With wealth inequality rising to Great Depression levels, millions with thousands of student and other financial debt, mass underemployment, and a constant attack on human rights, radical social movements have been on the uprise. Starting in the United States with Occupy Wall Street it became the first mass protest movement since the 1970s soon after the economic crash in 2008.  After the election of far-right Donald Trump, attacks on the human rights of communities that are not white, male, and rich, and with the corporate Democrat party refusing to change, other radical social movements have risen as well. Here are a few that have kept the pressure up on the Trump administration and U.S. society:

Abolish Ice: Abolish ICE is a political movement that proposes the abolition of the U.S. Immigration and Customs Enforcement (ICE). After President Trump took office in January 2017, his administration began to implement harsh immigration policies, such as denying asylum to refugees and separating undocumented children from their families. Alexandria Ocasio-Cortez, a democratic socialist made abolishing ICE one of her top campaign issues. In the wake of her victory on June 26, the movement started to be accepted as an official platform by some Democratic politicians, including Massachusetts Senator Elizabeth Warren.

Fight for 15: The Fight for $15 an hour involves child care, home health care, airport, gas station, convenience store, and fast food workers striking for increased pay and the right to form a union with their employers. The “Fight for $15” arguably began in 2012 by low wage workers in the retail and food industry, who advocated for unions to generate a pay raise of $15 an hour. Due to the pressure by this movement and its support by unions, numerous politicians around the country support this measure and some cities have passed $15 minimum wage laws.

#MeToo: The #MeToo movement is a movement against sexual harassment and sexual assault. #MeToo spread virally in October 2017 as a hashtag used on social media in an attempt to demonstrate the prevalence of sexual assault and harassment, especially in the workplace. It has been successful in empowering women and men to call out their abuses and finding a community where they felt they were finally being heard. However, this movement has been criticized for focusing on individuals and not the patriarchal system and to mostly benefit middle class to upper-class white women, with even the movement’s founder Tarana Burke saying that the #MeToo movement has lost its way.

Leftists and progressives in the United States have historically and with reason minimized the importance of electoral politics in moving forward revolutionary progress and reforms. Although the true power of progress is in the street and in the mobilization of the masses and working class, there is something to be said to have a backstop against some of the most reactionary laws and policies passed by the Trump administration.

The Trump administration has successfully destroyed any effective environmental policies, implemented numerous policies that will greatly increase global warming, and pulled out of the Paris Climate agreement. His administration has explicitly attacked the LGBT community, passed a billion dollar tax cut that will almost exclusively benefit the rich and the elite, cut numerous social service programs that millions of U.S citizens have relied on for their survival. As well, he has declared an all-out war on the Latino and immigrant and refugee community from putting children in cages to declaring that he will end the “Birthright amendment”.

Trump and his rhetoric have given a wider space for Islamophobia and antisemitism while emboldening far-right white nationalist and fascist groups whose attacks keep increasing. The list can go on and on. So while it is clearly obvious that for the time being, the Democrats are a capitalist and imperialist party that is only the “lesser-evil”, any way of stopping Trump’s far-right reactionary agenda should be encouraged.

As it has been said throughout history, young people are the future. However, if you are a young person in the United States, you are also currently hopeless. Swimming in student debt that averages US$40,000 per undergraduate and $80,00 for post-graduate, overwhelmingly underemployed, and possibly being the first generation to have a lower standard of living than their parents, young people are understandably angry. They overwhelmingly reject the status quo and also are the generation most favorable of socialism.

Perhaps due to this, numerous reports have shown a historical surge in youth participation in the upcoming Midterm elections. However, it has not just been the youth who have taken things into their own hands and have fought back. Youth, marginalized communities, and leftists and progressives of every demographic have helped bring radical social movements to the forefront and have become much more grassroots, militant with direct actions, strikes, protests, unionizing, and so forth. A historical number of women are running in the midterms, and as well a record number of Indigenous, Muslim, and other members of marginalized communities being represented at the ballot box.

These five reasons aren't revolutionary but for a country as conservative, rich, and powerful as the United States, they should give any rational leftist or progressive room to be positive, or at least to pay attention to these U.S. Midterm elections. The fact that the Trump administration published a 72-page hit piece against socialism and the fact that corporate Democrat leaders Chuck Schumer and Nancy Pelosi are doing whatever they can to reject socialism and to maintain their power, shows just how far and how powerful this moment is for the United States, and how nervous the rich and elite on the top are.