South Africa is a BRICS country. Despite many setbacks, it is a revolutionary country. Many men and women from the African Left, many revolutionaries, agree: it is the only beacon of hope on the continent almost thoroughly destroyed by Western imperialism and savage capitalism. 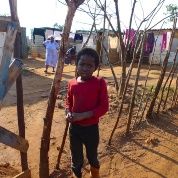 It is not perfect; far from it. But it is the best what we have, and we have to fight for it, do our best to get involved and improve it!

I have come to South Africa at least once a year, for more than two decades. This year I was invited to speak at the 14th International Symposium on the Contributions of Psychology to Peace, held in Johannesburg and Pretoria.

At the symposium, I spoke about two ongoing genocides: one in Palestine and other in Kashmir. I also showed my 90-minutes feature documentary, “Rwanda Gambit”, about Rwanda, and about support it receives from the West.

The film also exposes the most intensive ongoing slaughter, which being committed by both Uganda and Rwanda on behalf of Western powers, in the Democratic Republic of Congo.

Both sides are busy picking each other’s brains.

Top psychologists from all over the world are learning from me about several desperate war zones, about the horrors being instigated by the Empire. I am learning about psychology and its involvement in today’s world; some positive, some extremely negative.

For instance, during his chilling presentation, “Human Rights and U. S. Psychologists’ Wrongs: The Undermining of Professional Ethics in an Era of ‘Enhanced Interrogation’”, Prof Michael Wessells from Columbia University, New York, spoke about U.S. psychologists and their participation in torturing political prisoners.

Our Palestinian comrades spoke about psychological impact on people of Palestine who are forced to live under brutal Israeli occupation.

University of South Africa (UNISA) is hosting this Symposium, and it is also sharing its knowledge and expertise with us, delegates.

In the past, UNISA fought against apartheid, and now it gives scholarships to students from all over Africa, but also from Palestine and elsewhere. It is true internationalist institution, one of the engines of the South African revolution.

Organizers took us to one of the slums that are still surrounding Johannesburg and other South African cities – Thembelihle.

There, we witnessed fiery confrontation between members of local community and a representative of South African government.

In South Africa, great progress had been made since the end of apartheid. The government is providing free education, free medical care and heavily subsidized public transportation. Housing for the poor, as well as public spaces and cultural institutions are being built on a massive scale.

But people are impatient. They are demanding more, faster. South Africa is still suffering from unequal distribution of wealth and there is serious problem with corruption among some members of the government.

Local right-wing press and foreign mass media are greatly exacerbating the situation, by constantly attacking the government, the system and the direction in which the country is moving.

I will be returning to this magnificent country later this year, addressing in details some of the issues I touched in this short update.

Andre Vltchek is a philosopher, novelist, filmmaker and investigative journalist. He covered wars and conflicts in dozens of countries. His latest books are: “Exposing Lies Of The Empire” and “Fighting Against Western Imperialism”. Discussion with Noam Chomsky: On Western Terrorism. Point of No Return is his critically acclaimed political novel. Oceania - a book on Western imperialism in the South Pacific. His provocative book about Indonesia: “Indonesia – The Archipelago of Fear”. Andre is making films for teleSUR and Press TV. After living for many years in Latin America and Oceania, Vltchek presently resides and works in East Asia and the Middle East. He can be reached through his website or his Twitter.