Big sporting events like the Olympics and FIFA’s World Cups have been widely criticized for being politically insensitive. The staple cases being the 1978 World Cup hosted by Argentina when it was ruled by a brutal military dictatorship, and the 1936 Summer olympics hosted by Nazi Germany. 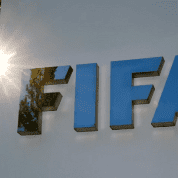 These games are not only politically, but also economically and financially, insensitive. Although hosting these events is generally heralded as a great source of income, most cases show they represent high financial and social costs and low returns on public investments.

Victor Matheson, an expert on sports economics and economic impact analysis attributes the exaggeration of income generation mainly to what he calls the "substitution effect" and the "crowd out effect".

The substitution effect occurs because “attendees at a sporting event spend their money on that event instead of on other activities in the local economy.” This is worsened by FIFA policies, which benefit multinational sponsors like Budweiser, Coca Cola and McDonalds that push out local businesses and vendors. Furthermore, Matheson explains that when tourists choose hotel, car rental, and restaurant chains over local small businesses “profits associated with a sporting event do not further the welfare of the local citizens, but rather accrue to stockholders around the country.”

The crowd out effect argues that “many large sporting events are staged in communities that are already popular destinations for tourists.” Regular tourists keep away from those destinations during the games to avoid dealing with traffic, security issues and higher prices.

Aside from the overstated gains, hosting these events represent a serious financial commitment required from societies that could instead benefit from such resources by using them differently for local development and services.

Clear examples for such an argument are the 2014 World Cup and the 2016 Olympics in Brazil.

The events had a cost of over US$10 billion each, much of which went to building infrastructure with no long-term use like the US$270 million stadium built in Manaus, a remote city in the Brazilian Amazon.

The stadium with a capacity for 50,000 people was used for four matches during the 2014 World Cup, after which it served no real purpose given that Manaus doesn't have a team within the first or second divisions.

The same applies to other infrastructure.

A lot could have been done for the Brazilian economy, which was -and it is still- facing a significant recession.

Investing in big sporting events means divesting funds from public works that benefit taxpayers, to sporting monuments in order to entertain an international audience at home and abroad for a limited period of time.

While social costs of such events are not quantifiable, they are equally great. Tens of thousands of favela residents were evicted and displaced to the periphery before the World Cup to make way for roads, renovated stadiums, an athletes' village.

Estimates range between 77,000 and 250,000 displaced across Brazil, and it is not an isolated case. According to reports, 1.5 million people were evicted ahead of the 2008 Beijing Olympics.

Other social costs include heightened policing and repressive techniques, in some cases imposed directly by FIFA.

According to analyst Doug Saunders hosting the 2014 World Cup meant dismantling Brazil’s Pacifying Police Program (UPP), a 2008 slum-revitalization initiative that deployed teams of engineers, cartographers, social workers, business-education specialists, and police to favelas in an attempt to transform their economic and social dynamics.

“As the World Cup got closer and Brazil began to panic about the persistence of drug crime in its streets, the UPP programs became far less about careful social and economic transformation and far more about aggressive crime control (and) police raids – sometimes brutal ones,” Saunders wrote.

For the 2010 World Cup in South Africa, FIFA imposed on the country the creation of FIFA World Cup Courts to ensure the safety of mostly European tourists who travelled to the country for the sporting event.

The courts facilitated things like arresting two Zimbabweans and sentencing them to 15 years in prison for robbing foreign journalists.

Despite all these costs, states make little to no money and in many cases they accrue debt.

Economics professor and historian Stanley Engerman explains “there has been a number of financial horror stories, of the host city losing large sums of money.”

The events are profitable, but they are so for FIFA and the International Olympic Committee (IOC), two international organizations self-defined as non-profits that are tax exempt despite maintaining fat bank accounts.

Between 2009 and 2012 alone, the IOC had US$8 billion in revenues generated from the sales of media rights, international and domestic sponsorships, and ticket sales.

Between 2011 and 2014 FIFA's revenue totaled US$5.7 billion. Like the IOC, FIFA does not invest in any infrastructure created for the Cup but gains a lot by selling television, marketing, and licensing rights, as well as revenue from ticket sales.

There is also the private wealth created throughout the corrupt bidding process and designation of television, marketing, and licensing rights.

Countries bear the financial brunt while the IOC and FIFA make all the gains.

This unfair set up is making cities wise up.

The 2022 Winter Olympics bidding process was left with only two candidates, Almaty in Kazakhstan and Beijing, after cities like Stockholm, Munich, Davos / St. Moritz, and Krakow removed themselves from consideration after most of them held public referendums in which the majority of people voted against hosting the games.

Whether one considers development a result of aggregated gross national product and macroeconomic stability or improved social and economic conditions for the masses, big sporting events, that place all financial burden on states and allocates the bulk of financial gains to international “non-profits,” have been proven time and again to be a bad development investment.