Suddenly without warning, between 4 and 5 pm on Monday, August 13th, the Facebook page of teleSUR English was unpublished for the second time this year. 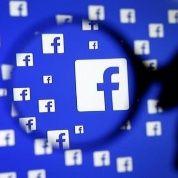 This was done without warning or advance notice, the only message that teleSUR received from Facebook was an automatic notification sent to our email account saying:

“Hello, Your Page "teleSUR English" has been removed for violating our Terms of Use. A Facebook Page is a distinct presence used solely for business or promotional purposes. Among other things, Pages that are hateful, threatening or obscene are not allowed. We also take down Pages that attack an individual or group, or that are set up by an unauthorized individual. If your Page was removed for any of the above reasons, it will not be reinstated. Continued misuse of Facebook's features could result in the permanent loss of your account.

Eventually, after two days our account was restored, receiving mixed messages from the Facebook team claiming it was due to instability, and explaining the company had to temporarily suspend our account in order to secure it as they had detected “suspicious activity”.

This message completely contradicted the first one which claimed the page was shut down for violating their terms (they have still never given us an explanation to why they sent the first message and what possible terms we might have violated).

Following the news, a massive media campaign kicked off by supporters and other media outlets such as RT, Democracy Now, Common Dreams, Jacobin, Latino Rebels, Common Space, and by key figures on the Left such as Max Blumenthal, Glenn Greenwald,  Lee Camp, Sameera Khan, Rania Halek and numerous others, rallying behind the hashtag #BringBackteleSUREnglish.

So, we got our page back, but why were we deleted, and what does this mean for the freedom of progressive voices to challenge U.S. and capitalist hegemony? The removal of the teleSUR English page followed the removal of other progressive/leftist voices in social media such as the leftist research groups Venezuela Analysis and Haiti Analysis this past week, the removal of an anti-fascist counter rally page against the recent failed “Unite the Right” rally in Washington, D.C., and the deletion of the anti-imperialist page Crimes of Britain in December of 2016.

Venezuela Analysis got their page back after few hours but Crimes of Britain and Haiti Analysis have yet to have their pages restored as of the writing of this article. All of these pages are progressive voices critical of U.S. and Western policies pushing and advocating for a neoliberal world order.

Also, it is noteworthy that some media outlets have compared the removal of extreme right-wing conspiracy theorist site InfoWars with the removal of teleSUR English.

While both outlets might be seen as opposing mainstream media narratives, Alex Jones and his site have been denounced for promoting hate speech and conspiracy theories which in no way is comparable to teleSUR's coverage or editorial line which seeks to cover news and analysis from the Global South perspective.

So why has the Facebook giant started to go after progressive voices, denying them a platform where two-thirds of adults now get their news? For years now, social media giants such as Facebook has been selling our private data to advertising companies but lately has also been giving our data to governments when requested.

Due to this, far-right Israeli justice minister Ayelet Shaked reportedly boasted: "A year ago, Facebook removed 50 percent of content that we requested. Today, Facebook is removing 95 percent of the content we ask them to." Facebook becoming a willing accomplice for governments seemed to coincide after two events: Russiagate and after Facebook announced in May that they would be partnering with the pro-Nato, far-right neoliberal Washington DC-based think tank the Atlantic Council.

Abby Martin, the groundbreaking journalist from The Empire Files who currently produces and is the presenter of the show for teleSUR, finds the link between massive tech companies who are in the verge of controlling more than 80 percent of the media landscape, partnering with governments and far-right think tanks.

Martin said, “Tech companies, working in concert with think tanks stacked with CIA officials and defense contractors, shouldn't have the power to curate our reality to make those already rendered invisible even more obsolete...TeleSUR offers an alternative perspective that challenges US imperialism and gives a platform to leftist, working-class voices from Latin America, a region where the US empire wants to reinstate hegemony.”

As such reports continue to raise alarm over Facebook's censoring certain views or even bowing to the pressure exerted by certain governments based on foreign and domestic policies, experts continue to stress that free speech is a key element for political and social advancement as well as for holding governments and states accountable, however, oversight of such fundamental right must be carried out by complex mechanisms that are approved and regulated with the public's consent and not by a few corporate bosses.

The most alarming part of all this possible censorship of progressive voices and activists is that it is currently being cheered upon by a good majority of the center-left liberal sphere.

This section of the U.S. society, still stung by the fact that Hillary Clinton lost to the weakest candidate in U.S. political history, the far-right demagogue Donald Trump, are blaming the loss on everything from evil Russian bots, Bernie Sanders, the Green Party, the white working class, to racism, to sexism, instead of recognizing that Clinton’s neoliberal and status quo campaign didn’t resonate with workers who were seeing the biggest income inequality in human history,

Due to this, many in the U.S. have decided to give Facebook, Twitter, and other social media giants the key to being the judge, jury, and executioner of who gets to say what on these platforms that have become an essential part of our everyday lives. While we should rightly cheer the few times that Twitter and Facebook have taken out fascist right-wing elements, we should be very cautious about giving a few tech administrators with links to right-wing neoliberal think tanks who have admitted to doing the bidding of governments all this power.

Social media platforms, when are used collectively by the people, can be a great tool in counteracting the corporate hegemonic media in which over 90 percent is controlled by six companies.

Just how far down does this rabbit hole go?