November 10 marked the nine-year anniversary of the untimely death of Germany goalkeeper Robert Enke, who had the world in the palm of his hands. He also had demons consuming him, that were simply too great - even for his expertise. 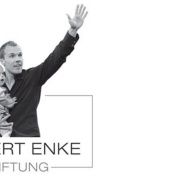 At the 2010 World Cup in South Africa, the world was introduced to a talented young goalkeeper by the name of Manuel Neuer. At only 24 years old, the Schalke stopper with a penchant for doubling-up as a sweeper took the world by storm, playing in all but one of Germany's games, conceding only three goals as they finished third.

His performances earned him a big-money move to Bayern Munich, and he hasn't looked back since.

It could have all been different for third-choice Neuer had Leverkusen's Rene Adler not hurt his ribs, indeed he could have been forgiven for thinking he was blessed by good fortune.

But the circumstances that surrounded his elevation to first-choice was tinged by tragedy, as original first-choice goalkeeper Robert Enke - a stalwart of Barcelona, Tenerife, and Hannover, jumped to his death at an Eilvese train station, hurling himself in-front of a moving train with as much effort as he normally would keeping the ball out of the net.

The world was in shock, and tributes were paid by the coaches and players Enke had been associated with. For some, however, they saw it coming.

His biographer, talking to thesefootballtimes.co, noticed that the Jena-born stopper, would fear letting in a goal after experiencing fan backlash when he was at Borrusia Moenchengladbach for shipping 15 goals in one week.

Incidently, mere hours after his big move to Benfica, Enke wept into his pillow, crying out "I can't stay here, it's not working" seemingly both homesick, and intimidated at how much attention he'd garnered. His coach immediately signed a replacement, conifining Enke to the sanctuary of second-choice, out of the limelight.

Eventually, thanks to the German manager Jupp Heynecks, a support staff made up of fellow Germans, along with the admiration he received from young goalkeeper Jose Moreira, Enke settled in Portgual, even rejecting overtures from Manchester United.

The son of a psychologist, those close to him (including his widow Teresa, founder of the Robert Enke Foundation) knew what methods to take to keep him happy, which in-turn allowed him to focus better on the field.

Even after a horrendous spell at Barcelona - where he was blamed for his team's 3-2 loss to third-tier Novelda in the Copa Del Rey, in what proved to be his one and only appearance, Enke sought happiness in relationships with people that weren't wrapped up in the lavish lifestyle of professional football.

After an even worse spell at Fenerbache in Turkey, where he faced the wrath of the fans after a 3-0 derby loss to Galatasaray, Enke moved to second-tier Tenerife, and regained his confidence, striking up a close friendship with striker Marco Villa - himself, relieved to be out of the spotlight and in an environment he could thrive.

After moving to Hannover, Enke was flourishing both personally and professionally. Unfortunately, tragedy struck in 2004 when his daughter Lara was born with a heart defect, and the side effects of her heart medication resulted in her going deaf. Despite multiple surgeries, she passed away in 2006.

Enke drove himself into his work head first, cementing his place as first choice goalkeeper for both his team and country, captaining Hannover, while he also adopted a baby girl called Leila, as well as getting involved in numerous animal rights campaigns.

Unfortunately, the pain of Lara's death was too much to overcome, and in early November 2009, Enke drove to the train station in Empede, and threw himself into the path of a moving train. He was 32.

His widow Teresa claims the pressures of being captain, the competition he was facing from five goalkeepers for the number one spot of the German national team, along with the death of Lara drove Enke to despondency. Indeed, in his final game - a 2-2 draw with Hamburg, he stared out emotionless, as if he were anywhere else but the football field.

In 2018, world-renowned sport stars such as Andres Iniesta, Serena Williams, and DeMar DeRozan have publicly announced their depression and mental stress, bringing to the forefront an illness that many can now realize, is not a stigma.

Robert Enke chose not to come forward, instead believing his thick-skin, and his debt to the sport he loved, would be enough to carry him forward. It wouldn't.

Psychiatry professor Marc Ziegenbein once asked the question, "can I run away from depression?" The short answer, is "no."