Here are 13 of the biggest, most recent U.S. hypocritical statements and measures. 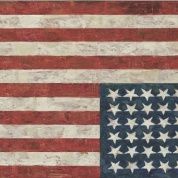 1. U.S. commits widespread torture, then sanctions Venezuela for “violence.” According to the report on CIA torture released this week, the U.S. tortured untrialed prisoners abroad with a range of gruesome methods. The next day, its congress passed sanctions on Venezuela for “violating the rights” of opposition supporters whose violence led to the death of at least 43 people.

2. U.S. imprisons, deports, and shoots the migrants it causes. US “free trade” agreements that disadvantage Mexican and Central American farmers in favor of U.S. profits, supporting coups such as the one in 2009 in Honduras, and decades of U.S. imperialism, have contributed to the conditions that lead migrants to flee to the U.S.

3. U.S. calls other countries “undemocratic,” while disenfranchising its own black, Latino, and poor citizens: Incredible inequality, unaffordable higher education and health care, a country run by transnational corporations, corrupt politicians, elections held while people are working, corporate funding for candidates, and many more issues challenge the U.S's claim to democracy. Yet the government has the nerve to label countries like Venezuela and Cuba as undemocratic.

4. U.S. offers to help Mexican government find murderers of citizens, while U.S. police murder their own: Obama said on December 9, 2014, that the United States has “offered assistance” to Mexico “in tracking down exactly what happened, our forensic capabilities, our capacity to get to the bottom of exactly what happened." However, nothing is being done about the multitude of police officers who have killed, some on film, U.S. citizens.

5. U.S. says nations should not develop nuclear weapons, has the world's largest active nuclear arsenal: The United States was one of the original signers of the Nuclear Non-Proliferation Treaty, which entered into force in 1970 to achieve nuclear disarmament, and holds other nations to this standard, while it has the largest active stockpile in the world and its ally Israel does not have to sign the treaty.

6. U.S. claims nationalization of banks is socialism, gives billions to private banks: The U.S. government pumped in over US$250 billion into banks during the country’s economic crisis, but received nothing for it, with all of the money going back into the private hands that caused the crisis in the first place.

8. Invasion on false pretext is so “phony,” unless the U.S. does it: In 2014, U.S. Secretary of State John Kerry lashed out at Russia's supposed involvement in the conflict in eastern Ukraine by stating, “You just don’t invade another country on phony pretext in order to assert your interests … this is an act of aggression that is completely trumped up in terms of its pretext. As a U.S. senator in 2002, Kerry voted in support of the invasion of Iraq, stating, “Iraq has some lethal and incapacitating agents and is capable of quickly producing weaponizing of a variety of such agents, including anthrax.” That turned out to be false.

9. U.S. funds Saudi Arabia government, but attempts to destabilize Venezuela: For the U.S. it’s good if Saudi Arabia beheads those guilty of non violent offenses, but bad if Venezuela tries in court those who plot to kill the president.

11. The U.S declares a “war on terror” after funding and supporting terrorism in Nicaragua in the 1980s: On September 20, 2001, nine days after the 9/11 terror attacks, former U.S. President George W. Bush declared a “War on Terror.” However, in the early 1980s while his father served as vice president under former President Ronald Reagan, the CIA trained the Contras in Nicaragua in the "use of implicit and explicit terror" and in the "selective use of violence for propaganda effects" in an orchestrated terror campaign to undermine the country's Sandinista government. The International Court of Justice ruled in 1986 that the U.S violated international law and ordered Washington to pay reparations to the Central American nation.

12. US claims to be a "post-racial” society while targeting people according to their race: From New York City's "Stop-and-Frisk" practices to the recent surge in the deaths of Black people by police officers, racism still runs rampant across the country.

13. Obama calls former Libyan leader Muammar Gaddafi a “tyrant” and Syria's President Bashar Assad a “dictator” and his government a “repressive regime” despite previously supporting those regimes: Never mind the fact that the United States under President George W. Bush renditioned terror suspects to these two countries, outsourcing torture to Gadaffi's and Assad's governments, as the recent U.S. Senate torture report reveals. They weren't such bad guys then.