Venezuela's legal battle with ExxonMobil has become a long war of attrition. The current dispute dates back to 2007, when the government of late president Hugo Chavez sought to re-nationalize Venezuela's oil sector. Venezuela previously nationalized its oil industry in the mid 1970s after years of soaring oil prices. However, in the 1990s, while the country faced a massive economic crisis, the government allowed the sector to slowly slip back into private hands. During this time, Venezuela signed 32 operating service agreements with 22 companies, effectively handing over much of the oil industry to private interests. 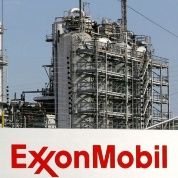 After being elected in 1998, Chavez viewed the return of the oil sector to public hands as a pillar of his plan to redistribute wealth and alleviate poverty. The idea was to use the oil revenue to bankroll social missions and anti-poverty projects, along with funding investment in other sectors of the national economy to gradually ease the country off its dependence on oil exports.

In 2007, the government began negotiating with private industry to secure majority stakes in most oil projects.

Of the 22 companies with nationalized assets only two opted for legal action against Venezuela – ConocoPhillips and ExxonMobil, with the rest choosing to negotiate compensation deals with the government. At the time, Venezuela accused ExxonMobil of resorting to international legal arbitration as a ploy to raise global oil prices.

While the ConocoPhillips case is ongoing, in October 2014 the World Bank's arbitration tribunal, the International Center for Settlement of Investment Disputes' (ICSID), ordered Venezuela to pay ExxonMobil US$1.6 billion in compensation for the 2007 nationalizations. Although ICSID is often labeled by critics as prejudiced toward business, this outcome was actually welcomed by the government. The compensation was a fraction of the US$10 billion previously demanded by ExxonMobil.

Moreover, one of the ICSID’s key findings was that the Chavez-era expropriations were legal, with the additional compensation largely awarded due to a disagreement over calculations, rather than the nature of the nationalizations themselves.

That wasn't the only positive ruling Venezuela has secured in international arbitration.

A similarly favorable verdict was again handed down by ICSID in March 2015, when U.S. energy shipping firm Tidewater was awarded US$46 million in compensation. The verdict was in relation to Venezuela's 2009 expropriation of 11 Tidewater vessels. The ICSID ruled the expropriation was legal, and rejected significantly higher amounts demanded by the company.

The verdicts appear to have set a significant precedent in Venezuela's favor, giving the country more breathing space to continue nationalizations.

Funds from the oil industry have played a crucial role in developing Venezuela and improving living conditions.

Despite slumping oil prices, in March 2015 extreme poverty in Venezuela dropped to a record low of 5.4 percent – down from 5.5. percent the previous year. When Chavez came to power in 1999, 21 percent of homes were registered as experiencing extreme poverty and earlier that decade, amid an economic crisis and the wave of privatizations, extreme poverty topped out at 42 percent.

The objective of the socialist government’s policy is to reduce the extreme poverty index to zero in 2019, a goal it plans to reach by continuing to roll back the exploitation of its natural resources for private gain.