Ernesto Che Guevara was executed by a Bolivian soldier in the village of La Higuera, Bolivia, on Oct. 9, 1967. The soldier was acting on orders that emanated directly from the president of Bolivia at the time, Rene Barrientos. Guevara was summarily executed for fear that his trial would become a public spectacle that would garner sympathy for Guevara and his cause. 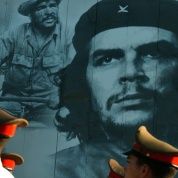 History has proven that what Barrientos, and the elites of Latin America, wanted was impossible. Guevara’s ideas live on and he continues to serve as an inspiration for leftists and revolutionaries not only in Latin America but throughout the world.

Nearly 50 years after the death of Guevara, Latin America in particular has experienced a 21st century-rooted in the same kind of ideas that he represented: justice, equality and the liberation of the oppressed.

Che was Argentine by birth but was a committed internationalist. He was born to a middle-class family who frequently relocated in order to alleviate the severe asthma that afflicted the young Guevara. As a young man, he studied to become a doctor, interrupting his studies to travel throughout the region. It was on these travels that his political consciousness and commitment was awakened. Guevara was struck by the plight of the peasants, working class and poor of the Americas. His experience in Guatemala, witnessing the coup against the democratically-elected reformist President Jacobo Arbenz, led him to conclude that the forces of imperialism would not tolerate peaceful change.

Guevara eventually met Fidel Castro in Mexico City. The two formed a bond and a partnership that would lead them to fight side-by-side in a guerrilla campaign to oust the U.S.-backed Fulgencio Batista dictatorship in Cuba. Che was an enthusiastic fighter who earned the rank of comandante and played an important role in the victory of the Cuban Revolution, leading a column of fighters in the pivotal battle of Santa Clara.

With the victory of the Cuban Revolution, Che set about implementing in practice his Marxist ideals. He served as Minister of Industry and supervised a massive land reform process on the island. He worked diligently in his post and made an effort to embody the qualities that he wished to see from the Cuban people, the notion of the “new man” that a strongly believed a socialist society would require.

Eventually he became an important figure on the international scene, representing Cuba in delegations that visited many socialist and Soviet-aligned countries. Although Cuba was in the sphere of influence of the Soviet Union, Guevara was independent-minded and was not afraid to criticize the policies of Cuba's most important ally.

Guevara never abandoned his internationalist convictions, eventually leaving Cuba and his posts there to support the national liberation struggles of the African continent. Frustrated by a lack of success with the situation in the Congo, he left Africa for Latin America.

Determined to spread the revolution to other parts of Latin America, he created a guerrilla army in Bolivia where he attempted to implement the foco theory of guerrilla struggle. The guerrillas suffered a number of debilitating setbacks and defeats at the hands of the U.S.-trained and supported Bolivian army, which culminated in his capture and subsequent execution.

The political situation in Latin America has changed in many regards since Guevara took up armed struggle and many parties and movements have found electoral success in the political arena. On the streets of Latin America young and old alike wave flags with the famous image of Guevara, a symbol of resistance, determination and hope for a better world. Barrientos and his ilk hoped that the ideals of Guevara would die along with him but his execution only served to further fuel his almost-mythical legacy.