For the United States, “non-governmental organizations" are playing an increasingly prominent role in "democracy promotion" across the planet. 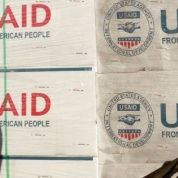 In Latin America, there is increasing awareness about the activities of these groups and those who fund them to undermine elected governments and subvert the region’s autonomy.

Starting in 1999, the United States has increasingly lost the ability it once had to determine policy in Latin America.

ANALYSIS:
How the US Funds Dissent against Latin American Governments

The Bolivarian Revolution that began in Venezuela quickly grew throughout the region, and over the decade the idea of reclaiming national sovereignty through regional integration gained momentum. A decade later, organizations like ALBA, CELAC and Unasur were formed by countries from Latin America and the Caribbean, who came to consensus on the benefits of excluding the United States (and to a lesser extent, Canada).

Also during this time, the United States government began putting an increasing amount of resources into organizations operating in Latin America. Under seemingly altruistic pretexts—including environmental promotion, defense of human rights, and strengthening democracy—these organizations received U.S. dollars often to intervene in the political affairs of country whose policies fall out of line with U.S. policies and objectives.

In addition to the U.S. Agency for International Development, USAID, which began in the 1960s, the newer National Endowment for Democracy, NED, and its branches such as the National Democratic Institute for International Affairs, NDI, and the International Republican Institute, IRI), put tens of millions of dollars toward organizations that will carry out work in places where they would otherwise have to work covertly.

Between 2002 and 2012, the number of NGOs grew significantly across the continent, in what Ecuadorean President Rafael Correa called "the invasion of NGOs in Latin America." In Venezuela alone, USAID and NED invested over US$100 million—money used to fund opposition groups and create over 300 new organizations.

In 2012, some 26 foreign NGOs were forced to leave Ecuador after authorities said they were failing to be transparent about their funding and the scope of their operations. While claiming to represent “civil societies” undertaking non-partison work, many of these organizations received funding from foreign governments and subsequently worked with opposition groups.

This has also been the case in other countries.

For example in Venezuela, an NGO called Sumate directly participated in the coup d’etat in Venezuela in 2002. Sumate, translated as Join Up, received tens of thousands of dollars from NED. The electoral-political group was headed by Marina Corina Machado, a former opposition lawmaker who in 2002 was a signatory to the decree dissolve all state institutions in the aftermath of the coup.

Documents leaked by WikiLeaks reveal that the USAID invested some US$15 million in 300 “civil organizations” in Venezuela between 2004 and 2006, using the premise of protecting human rights and education.

The leaked report came from the political adviser of the U.S. Embassy in Caracas, Robert Downes, and described the strategic points devised by the U.S. government to undermine the government of Venezuela.

Cables sent by the U.S. ambassador to Venezuela, William Brownfield, leaked by WikiLeaks in 2013, show his support for opposition groups in Venezuela and outlines the funding they received from U.S. NGOs in Venezuela.

According to the leaked documents, funding would be channeled through an official organism and included “more than 300 Venezuelan social organizations” involved in everything from helping the disabled to improving education.

The first real attack against the Bolivarian Revolution, which exposed how the United States was now meddling in the region, was the 2002 coup in Venezuela against Chavez. The coup left 19 dead and brought about a gas strike that politically, socially and economically destabilized the country.

Venezuela filed a complaint with the Organization of American States, OAS, with documents that showed the U.S. intervened in the 2002 coup. Among other evidence, the government showed that the U.S. State Department created an influential political lobby just to justify the coup in Caracas.

In the complaint, Venezuela made note of a meeting between the U.S. Ambassador Charles Shapiro and the coup plotter Pedro Carmona Estanga, held days before the coup against Chavez.

USAID left Ecuador in 2014 after President Rafael Correa gave the organization an ultimatum: “We are going to analyze the role of USAID, put into place very clear lines of action, and if you don’t want comply, then have a nice trip, you can go and help another country.”

Correa accused USAID of funneling US$4.3 million to a program to "Strengthen Democracy," which looked for ways to foment opposition to democratically-elected governments. By 2010, USAID’s budget in Ecuador exceeded US$38 million, which officials say went predominantly to anti-government groups and activities.

On Sept. 30, 2010, an attempting coup took place in Ecuador, and the USAID and NED-funded groups connected with the Pachakutik party sided with the coup plotters and blamed Correa—who was kidnapped—for the 11 deaths and 274 injuries that occurred.

Almost all the groups involved in the coup plot were linked to U.S. agencies, from former President Lucio Gutierrez who had asked Washington to help “get rid” of the president, to police sectors which received training in exchange programs with the United States

“USAID is leaving Bolivia,” said Bolivian President Evo Morales in 2013 after accusing the organization of conspiring against the government.

After USAID was ordered to leave, the U.S. decided to withdraw its economic support for social projects in Bolivia.

In 2014, a group of media outlets published an investigation that revealed that between 2005 and 2006, USAID redirected more than 75 percent of its investments to separatist groups in an effort to undermine the government of Evo Morales, Bolivia’s first Indigenous president.

In 2007 alone, USAID’s budget in Bolivia reached nearly US$120 million—much of which went to fund opposition groups, the government claimed.

In Cuba, USAID was recently found to be funding operations to undermine the country's government, including a version of Twitter for Cuba that U.S. officials hoped would spur anti-government sentiments, as well as providing funds to direct the island's hip-hop movement.

The NED, founded in 1983, has become an essential instrument of U.S. foreign policy.

RELATED:
The Why and How of Media Attacks on Ecuador's Government

The National Democratic Institute for International Affairs, NDI, has offices in around 50 countries to “promote and strengthen democracy,” according to its mandate.

The Bolivian government claimed the United States orchestrated a smear campaign against Evo Morales by supporting the “No” vote in the Feb. 21, 2016 referendum on presidential term limits. Morales pointed out that Victor Hugo Rojas, NDI’s director in Peru, traveled many times from Lima to La Paz to meet with opposition leaders who supported the winning “No” side. Rojas is also accused of meeting with opposition figures and NGO leaders in Ecuador.

In Venezuela, lawyer and columnist Eva Golinger told RT that U.S. funding for anti-Chavista group—which totaled some US$100 million between 2002 and 2011—went toward opposition rallies in Venezuela and financing media campaigns against the Bolivarian revolution. According to Golinger, the NDI was one of the main financial backers of these opposition groups.

The NED itself has been channeling funds to opposition groups in Ecuador. In 2013, it allocated over US$1 million to various groups and programs, the vast majority undertaking activities against the Correa government. This included US$65,000 to right-wing groups to challenge the election messaging of the government party in the leadup to the election in February 2014, and more than US$200,000 to directly influence laws and debates in Ecuador’s National Assembly.

Another US$157,896 were given to an NGO to “encourage in youth leaders democratic values and entrepreneurial spirit.”

The NED and its affiliates have also funded opposition media groups and politicians, including Fundamedios, Plan V and Crudo Ecuador.

In Venezuela, the NED has supported opposition parties including Henrique Capriles' First Justice party and Henry Ramos Allup's Democratic Action. The NED funding awarded to these groups in 2002—the year of the coup in Venezuela—was in excess of US$2 million. That same year, the U.S. State Department’s Office of Global Affairs invested US$1 million to expand and strengthen NED’s programs.