Declassified documents have been able to prove that the Central Intelligence Agency,CIA, infiltrated and meddled in Latin America. 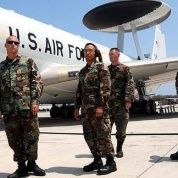 ANALYSIS:
Who's Behind Ecuador's Demonstrations?

The documents from the U.S. intelligence agency itself, released by WikiLeaks, show how the CIA intervened in the region under the guise of diplomacy.

The CIA actions were aimed at achieving the continental blockade against Cuba in the 1960s after the triumph of the Cuban revolution. The goal was to prevent the rise of the left in the region at any cost.

The actions of the CIA in Ecuador between 1960-1963 were outlined in “Inside the Company,” a book first published in 1975 by former CIA agent in Ecuador, Philip Agee.

CIA, Its Creation and Goals

In 1947, then-U.S. President Harry S. Truman, who approved the dropping of atomic bombs on Hiroshima and Nagasaki, signed a decree to create the Central Intelligence Agency for the purposes of espionage and political interventionism worldwide.

RELATED:
US Tried to Impose Nazi Leader on Ukraine in WWII: CIA Leak

In 1953, the CIA intervened in the overthrow of the prime minister of Iran, Mohammed Mossadegh, who had nationalized foreign oil companies. A year later in 1954, the CIA organized the overthrow of the nationalist government of Colonel Jacobo Arbenz in Guatemala, after he expropriated estates of the United Fruit company.

In 1959, the Cuban Revolution triumphed and leftist movements sprung up across the region. These were supported by the Soviet Union for its own geopolitical reasons, but Cuba also played a supportive role. For its part, Washington led an anti-communist movement orchestrating coups in Brazil, Argentina, Uruguay, Chile, El Salvador, Guatemala and the Dominican Republic.

In his book "The CIA against Latin America," authors Jaime Galarza and Francisco Herrera show us testimony from Philip Agee on how the agency intervened and interfered in the region.

The objectives of the CIA were to break down relations between Cuba and Ecuador and overthrow Ecuadorean President Carlos Arosemena. The two objectives were achieved. "In both cases, the CIA centered their campaign on anti-communism, wrapped in an incredible tangle of lies, forgery, terrorism, bloodshed, buying and selling of consciences," the book explains.

The list of CIA collaborators and informants in Ecuador in those years includes 200 senior officials, including Senator Reinaldo Varea Donoso who was paid US$800 a month by the agency.

The former spy accounts in detail the methods through which the U.S. special services in Latin America destabilized governments which represented a danger to the "interests" of Washington.

The United States has more than 70 military bases in Latin America and the Caribbean, and provides training at the School of the Americas (now called the Institute for Security and Cooperation in the Western Hemisphere), which was attended by an average of 1,500 soldiers from the region every year. Nicaragua, Venezuela, Bolivia, Ecuador, Argentina and Cuba stopped sending military to this school.

In July 2009, Ecuadorean President Rafael Correa ordered the withdrawal of U.S. troops from the Manta military base after the 10-year agreement signed in 1999 by then-President Jamil Mahuad expired and the new constitution prohibiting the presence of foreign troops kicked in. The presence of U.S. troops was also criticized by political and social organizations which accused the U.S. forces of violating human rights.

Manta Military Base (or Eloy Alfaro Military Base) was inaugurated by the Ecuadorean Air Force on October 28, 1978, in an area next to ​​the international airport in the city of Manta.

Between 1999 and 2009, an intergovernmental agreement allowed the U.S. Air Force to use and access the runway and part of the Manta military base—for free—on the premise of fighting drug trafficking in South America.

Manta served as a base for Plan Colombia, an agreement signed between Colombia and the United States in 1998 by Colombian President Andres Pastrana as a program to boost economic alternatives to the drug trade. The real aim, however, was to install U.S. forces in the country.

The agreement between Ecuador and the United States, dubbed the Ortiz Agreement after then-Ecuadorean Foreign Minister Benjamin Ortiz, who signed the agreement, came into force on Nov. 12, 1999 despite opposition from social movements which considered the presence of foreign military a threat to the country’s sovereignty.

Under the agreement, ratified by the government of Gustavo Noboa (2000-2003), Ecuador allowed U.S. forces use of the airbase, as well as the naval port of Manta and facilities connected to the base, free of charge.

— The right to fly over the country and receive the same treatment as the aircraft of the navy of Ecuador in the seaports of the country;

— The right to receive and transmit telecommunications without inspections, licenses, regulations, rights, direct or indirect taxes, charges and fees levied by Ecuador;

— Immunity for personnel involved with the agreement as well their families, who in the case they were detained by Ecuadorean authorities would be delivered immediately to U.S. officials; and

— The right for Americans who worked at the base to enter and leave Ecuador with U.S. identification without having to pay taxes—much less taxes on income or the ownership, possession, use or transfer of the goods they brought into Ecuador.

In response, the government of Rafael Correa, which began its first term in 2007, decided not to renew the agreement and U.S. forces were forced to finally leave the premises on September 18, 2009.

Correa said he would not allow foreign military bases to be set up in his country.

Similarly, the Correa government's decision to have U.S. soldiers leave Manta was influenced by reports that sexual exploitation of women and girls had grown significantly, along with drug trafficking and human trafficking and other crimes due to the presence of the U.S. military.

Consequences of the Agreement

The Manta Base was key to Plan Colombia, namely for its strategic position. The base was able to receive real-time information on the movements of the Colombia's FARC rebels via a digital intelligence system. This information was then passed on to three counterinsurgency battalions with approximately 1,000 men each, which were trained by the U.S. personnel.

Fact: In the 10 years of Plan Colombia, 16 new Ecuadorean military posts were created on the border with Colombia.

The regionalization of Plan Colombia did undeniable damage to Ecuador. Under the premise of fighting the war on drugs, Colombian insurgents were ruthlessly persecuted, bringing Ecuador into a serious border conflict.

Official Ecuadorean sources firmly believe that this agreement led to the Mar. 1, 2008 attack on a FARC camp which killed 30 guerillas, among them FARC commander Raul Reyes.

The U.S. denied responsibility for the attack. However, five smart bombs were dropped from an aircraft at high speed and with a margin of error of a meter—technology no Latin American military possessed at the time. An investigation also suggested that the pilots who led the bombing were from the United States, possibly from DynCorp, an equipment supplier contracted under Plan Colombia.

Evidence shown to the Ecuadorean government revealed that the Manta base was also used to train mercenaries to be sent into Iraq and to organize fumigation flights that wreaked havoc in the Amazon jungle reserves.

The number of sex workers and nightclubs also grew in Ecuador, as well as the sexual exploitation of women and girls. According to "The Tentacles of the Empire," anywhere the U.S. sets up a military base, prostitution and drug trafficking rises.

U.S. military ships illegally approached 45 boats in Ecuadorean waters, destroying at least eight vessels between 2001 and June 2005. However, because U.S. personnel had immunity, no one was ever punished.

Many peasants were also deprived of land after more than 24,000 hectares were appropriated for the base. Additionally, due to the militarization of the port of Manta, local fishermen could not continue fishing, which caused rising unemployment, migration and poverty.

The Yankee Empire Does Not Forgive Rejection

The leader of the Bolivarian Revolution, Hugo Chavez, said in 2010 that "the Yankee empire will never forgive Rafael Correa for kicking them out of Manta and launching the Citizen’s Revolution."

Since then, they have tried to destabilize the South American country. A key example of this was the attempted coup against Correa in September 30, 2010. The coup failed and the Ecuadorean people took to the streets to defend the country’s sovereignty.

The police officers occupied the Quito regiment, but Correa went to explain to officers that their salaries had actually increased by over 400 percent. After he was attacked with tear gas, he and his team took shelter in the hospital next to the regiment where he was not allowed to leave by those police involved in the attack.

Correa was rescued by elite forces of the Special Operations Group after a violent shootout outside the hospital. Five were killed and 193 wounded. The president narrowly escaped assassination, with his car hit four times.

Before Correa returned to the Carondelet Palace, the U.S. government ambiguously said they "were following the situation closely."

This was of course not the first time an Ecuadorean government had been attacked by the United States and its local co-conspirators.

Former Central Intelligence Agency agent Philip Agee wrote that he led an operation to undermine the progressive government of José María Velasco Ibarra and remove him by force, only a year after he won his fourth term in 1960.

RELATED:
3 Times Ecuador's Military Flexed Its Muscles at the President

Agee recalls how the agency penetrated and infiltrated social organizations, political movements, media and unions, both right and left, and successfully recruited agents from within public institutions.

In his book "Confessions of an Economic Hit Man," U.S. author John Perkins argues that Washington assassinated President Jaime Roldós Aguilera, an Ecuadorean progressive who strayed from the dictates of the International Monetary Fund. Aguilera died in a suspicious airplane accident in 1981, just two years after taking office.

In a 2008 interview, Perkins claims the Correa government was under threat due to its anti-neoliberal policies, close relations with the governments of Venezuela, Cuba and Iran, and its political efforts to regain control of Ecuador’s oil industry and redirect the profits to Ecuador's poor.

In an interview with journalist Jorge Gestoso on the eve of the presidential elections of 2012, Correa was asked if he feared being killed. "It's a possibility that cannot be discounted," Correa said.

"Although the press wants to deny the undeniable, there are pictures of the six bullets in the hood of the presidential car," Correa said referencing the coup attempt against him. "Who do you think they were aimed at? The order was: Kill the president."

According to Chilean journalist Patricio Mery Bell, the CIA and the U.S. Drug Enforcement Agency worked together to bring 300 kilos of drugs into Chile each month. The surplus profit, the journalist argued, was used to fund destabilization efforts against the Ecuadorean government. He also did not rule out the possibility of further assassination attempts.