“Should I not let it be known to later generations that Alexander Petion is the true liberator of my country?” said Simon Bolivar, the Venezuelan leader who liberated South America from Spanish rule, to Alexandre Petion, the first president of Haiti. 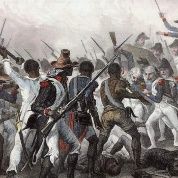 RELATED:
Haiti: The Price of Liberation

On Jan. 1, 1804, the French colony of Saint-Domingue became the Republic of Haiti, after over a decade of fighting against French enslavement and colonization. It was the most successful slave rebellion in the Americas and the only revolt of its kind that led to the creation of a state.

On Dec. 15, 1815, after his defeat in Carthagena by Spain, the revolutionary Simon Bolivar arrived in Aux Cayes, Haiti. He was seeking the aid of Alexandre Petion, one of the founding fathers of Haiti and the first president of the newly-liberated Black Republic. 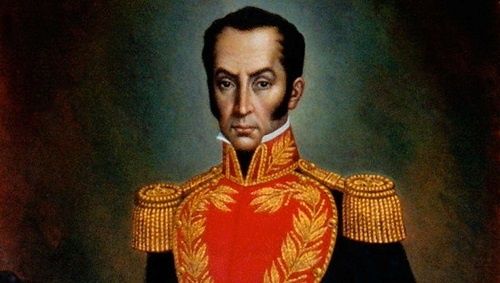 Petion provided shelter and food for Bolivar and the Venezuelan families and soldiers who had traveled with him after his recent defeat by the Spanish. They recuperated and regrouped under the care of Petion.

According to records, Petion provided, among other supplies, 4,000 rifles, gunpowder, food and a printing press. He also contributed to Bolivar with Haitian military strategists and veterans from the Caribbean nation’s revolution to accompany him on his April 1816 expedition.

In exchange for all the aid that Petion provided for the Bolivarian revolutionary, he asked that the Venezuelan leader free the slaves in all the countries that were to achieve their independence from Spain.

Once again, Spain defeated Bolivar, and once again he returned to Haiti to recuperate and re-arm. This time Petion gave Bolivar shelter and aid, including a new set of ammunition. In Dec. 1816, Bolivar departed to South America to defeat Spain, and this time he succeeded.

According to “El Libertador: Writings of Simon Bolivar,” a collection of public and private letters of Bolivar, Haiti not only provided material resources but was also the model for the liberated South American nations.

Bolivar structured Bolivia's first government from the example of Haiti and the Venezuelan constitution was based on the constitution Petion drew up for Haiti. And, of course, he declared slavery illegal in the nascent countries.

Bolivar wrote to Petition that, “In my proclamation to the inhabitants of Venezuela and in the decrees, I have to issue concerning the slaves, I do not know if I am allowed to express the feelings of my heart to your Excellency and to leave to posterity an everlasting token of your philanthropy. I do not know, I say, if I must declare that you are the author of our liberty.”

Even though, Haiti had freed itself from French colonization and had inspired and supported the Bolivarian nations' independence from the Spanish, in 1825, France demanded that Haiti pay 150 million of gold francs in “reparations” to former French slaveholders.

Twelve French warship with 500 cannons were stationed along the coast of Haiti, threatening to re-invade and re-enslave the Haitian state. Haiti's hand was forced. For over a century, Haiti was required to finance the debt, through loans from one French bank, which charged Haiti incredibly high-interest rates.

French political recognition of Haiti came until 1834. The brutal slavery of Haiti made France incredibly rich. The first independent Black Republic sent shock waves throughout Europe. It was a clear threat to European dominance and stood as a beacon of successful resistance against European colonization, financing the Bolivarian revolutions, and inspiring slave revolts in the United States. Haiti had to be punished. Over the years, this repayment of “independence debt” to their former slave owners, along with foreign-led coups and occupations, left the Haitian economy crippled and impoverished. As British newspaper The Guardian points out, “When the indemnity money Haiti paid France is adjusted for inflation and a minimal interest rate, its value ... $40bn.”

To this day, France has refused to pay Haiti back the money it illegally demanded for over a century.