The small Caribbean country of Guyana is on the brink of becoming one of the largest oil-producing nations in the world thanks to the 2015 discovery of major offshore oil deposits. 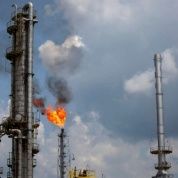 This newfound wealth set into motion a transformative period for the country, which is one of the poorest nations in South America as more than 36 percent of its people are living in poverty.

But as in many cases, the blessing and promise of billions of dollars in revenue to fill the state’s coffers have also been marred in corruption scandals and caused in 2018 a major political crisis that will be resolved on March 2 as hundreds of thousands of Guyanese head to the polls.

The Guyanese people have been waiting for this day ever since President David Granger received a motion of no confidence in Dec. 21, 2018 with 33 votes against 32. A decision later upheld by the Caribbean Court of Justice (CCJ) in 2019.

The no-confidence motion, a first in the nation’s history, on the leader of the Partnership for National Unity/Alliance for Change (APNU/AFC) party was led by former president and opposition leader Bharrat Jagdeo of the People's Progressive Party/Civic (PPP/C).

The government, on the other hand, has insisted that it got the best deal it could and is banking on new oil wealth to transform the economy of the English-speaking country of just 750,000.

So as people head to the polls to elect a new five-year administration amid the recent oil boom, Guyana’s situation could be summarized into the good, the bad and the ugly.

In May 2015 ExxonMobil shocked the world and the Guyanese as the company announced the discovery of significant oil deposits in the Liza-1 well, followed by Payara, Liza Deep, Snoek, Turbot, Ranger, and Pacora by early 2018.

ExxonMobil and Hess reported that new discoveries contained estimated resources exceeding eight billion barrels of oil equivalent - one of the world’s largest reserves-, potentially producing 750,000 barrels per day by 2025. In rough estimates, this placed the oil wealth at over US$300 billion.

In a nation with a per capita income of under US$4,000, the findings meant a game-changer.

The revenue is expected to generate an estimated US$168 billion over the life of the project until 2056, representing 120 times Guyana’s annual budget, which in 2019 stood at US$1.4 billion.

By 2024 the amount of money coming in could lift income per person from US$5,000 to US$19,000, nearly the same as in Poland. All the wealth promised for impoverished Guyana hopes of tremendous economic growth in the years ahead. The International Monetary Fund forecasts an 85.6 percent GDP growth in the small nation.

By 2030 the government’s share of earnings from oil could reach US$10 billion in real terms, more than double last year’s GDP. However, not everything that glitters is gold.

But Guyana is no stranger to oil exploration and drilling. Since the 1940s transnational companies had operated in the Guyana basin and in small wells. Yet the 2015 find was so unexpected it took even Exxon by surprise as, by April 2016, the United States oil giant had a problem.

The company had recently found oil off the coast in the Stabroek oil block but its license was about to expire in only two years, putting in jeopardy the company’s increasingly valuable asset.

So in early April 2016, the company began a powerful negotiation campaign by confronting two inexperienced Guyanese officials with a new draft license to be signed within ten weeks.

“Exxon did not want to change the favorable financial terms from its 1999 license, despite having recently found significant oil reservoirs that would customarily allow the government to ask for more,” a report titled ‘Signed Away’ by international watchdog Global Witness states.

LATEST��: Exxon’s oil deal in #Guyana has caused the country to lose out on up to US$55 billion, according to a new analysis. Guyana’s annual budget is US$1.4 billion.

The Guyanese government despite having a strong bargaining position when the contract came up for renegotiation in 2016 was outmaneuvered by the international company, due to “inexperienced” bureaucrats according to the report.

Guyana’s Natural Resources Minister Raphael Trotman ended up giving Exxon largely the same tax terms as before it found oil and then the company regained parts of the license area it was supposed to give up.

Also, and within months of signing Stabroek, Exxon agreed to buy portions of two additional licenses from companies that had obtained them under apparently suspicious circumstances. Only three days after getting its new license, Exxon announced its massive find.

The agreement left Guyana with a two percent royalty and a 50 percent profit share after the company recoups its costs. Granger has defended that the attractive terms were needed to secure investment in a risky new location.

“If the royalty had been at 10 percent and standard corporate income tax (CIT) of 25 percent had been applied, both of which are well within international norms, the resulting government take would have been 69 percent, and Guyana would earn US$55 billion more during the life of the Stabroek field, up until 2056,” their report reads.

On average, Guyana will lose over US$1.3 billion a year over the life of the project from signing in 2016 until expiry. With the additional money, the country could have doubled its annual US$172 million health budget, US$251 million education budget, US$185 million infrastructure budget, and still have US$700 million left each year.

“This is a story about how an aggressive company negotiated an exploitative deal with a minister who may not have been working in Guyana’s best interests,” Global Witness’ commented on the matter. Supposedly the opposition voted to end granger’s government in order to renegotiate these contracts, which they thought to be unfair for Guyana.

And this is where things get ugly.

As Granger’s administration came to a halt by the opposition’s vote, the reassuring argument to the Guyanese people was that oil contracts would have been revised and renegotiated. The March 2 elections were meant to prove this thesis as the issue was the deciding factor, or at least it seemed so for campaign purposes.

With elections looming, the People’s Progressive Party presidential candidate announced in January that Exxon’s contract wouldn’t be renegotiated, despite the numerous warnings of the lopsided nature of the agreement.

“Exxon is a different case,” Ali told Reuters after a campaign rally in the contested western Essequibo region, adding that he would administer the deal better after reviewing terms.

For Associate Fellow in the energy, environment and resources program at Chatham House, Valerie Marcel, although the stakes are high in the elections as that the winning party will reign over the country’s oil revenues there is no real difference regarding the party’s policies approaching the oil boom.

Both are on a similar path with the development strategy set up by Granger, support the Extractive Industries Transparency Initiative (EITI) and a sovereign wealth fund, and mainly imitate their approach to licenses and future agreements.

“Exxon was a pioneering investment,” Ali reiterated. “But those that came after that time they were not pioneering, so they have to be examined in totality.”

However, others have not yet confirmed significant commercial finds. Tullow has made several discoveries in the past year, but the company has yet to find enough reserves to make the project work so Exxon continues to be the main winner in all this transaction.

If asked what’s really at stake in Guyana’s election, the answer might be as unpleasant as it sounds: nothing. As the good tidings of newfound immense natural resources for one of the poorest nations in the continent have been marred by power struggles and the ugliness of transnational greed over sovereign interests.