The U.S. Central Intelligence Agency (CIA), according to declassified documents and testimonies of previous agency officials, had a permanent operation to intervene in political and social decisions of Ecuador. 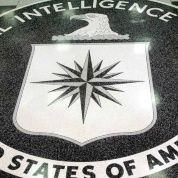 Starting from the 60s, the CIA infiltrated governments, police, civilian groups, and NGOs to advance U.S. interests in the country, and continues to fight for its power and influence in the region.

Unfortunately, few have knowledge of the political moves that led to the intervention of foreign intelligence forces and the deadly consequences it had for South and Central America, as well as the impact on the new world order.

The Cuban Revolution had succeeded in 1959 and anti-colonial resistance groups began to flourish in Latin America. The Soviet Union maintained its geopolitical strength in part through supporting its new ally, Cuba. It was the beginning of another Cold War for the U.S.

In the early 1960’s, nationalist Ecuadorean President Jose Maria Velasco Ibarra and his later successor, Vice President Carlos Julio Arosemena Monroy, were pressured by the agency to break diplomatic relations with the new socialist government of Fidel Castro in Cuba. When both refused to isolate Castro’s government, both were successively ousted by the country’s military forces, backed by CIA operations.

Ecuador, like other South American countries, was part of the U.S.-backed Operation Condor in the 1970s. This plan endorsed state-sponsored terror to control what was perceived to be the threat of communism and eliminate subversive sectors of society.

PHOTO GALLERY:
Operation Condor: An Era of State Terror Made in Washington, DC

Roldos and Torrijos were both killed in a plane crash, and according to declassified CIA documents their deaths could have been connected to this plan, as other leftist leaders were also targeted throughout the region.

Investigators continue to believe that Roldos’ death is tied to a CIA operation in the country, since the president wanted to reorganize the hydrocarbon sector, a strong threat to U.S. interests in Ecuador.

Among the agency’s less known activities include the infiltration of hundreds of its agents into diplomatic offices, political parties and military forces in Ecuador.

Agents at airports would report on passengers traveling to socialist countries such as Cuba and Russia, and mail sent to these countries was opened and recorded for the CIA to analyze. Any “special interest” guest in a hotel would be surveilled constantly. Even the medical staff in charge of President Velasco Ibarra reported on their weekly tasks to a CIA station in the country.

Spies kept extensive lists of data on targets such as full name, residences, workplace, phone number, preferred leisure activities and locations, hobbies, the name and dossier of spouses, and the names of schools attended by the children of targets, among other information.

Relevant information of interest to the agency was then passed onto U.S. headquarters.

The agency’s main targets at the time were the young socialist or communist political groups in universities. The Revolutionary Union of Ecuadorean Youth (URJE) was considered the most dangerous organization and the main target for destabilization, along with its parent party, the Communist Party of Ecuador.

OPINION:
The Cuban Opening and the Struggles for a New Social Order

Agents would infiltrate social groups and systematically work to discredit their popularity while fabricating or planting evidence to ensure that leaders were falsely prosecuted for crimes such as the bombing of right-wing political headquarters or even churches.

The CIA counted on the support of right-wing media outlets who published false information and didn’t question the sources or veracity of facts.

It was through such methods that the leftist movement lost unity and power in political and social spaces in the country.

Despite the documentation and testimonies verifying these activities, the CIA so far hasn’t acknowledged that its mission in the country also involved infiltrating social movements, radio stations, airlines, hotels and even hospitals.

The current Ecuadorean government has maintained that U.S. financial aid groups linked to the CIA are acting against leftist organizations in Latin American.

The United States Agency for International Development (USAID) and the National Endowment for Democracy (NED) are seen by many as tools used by the U.S. government to advance their political, economic and social interests.

Many opposition groups and media networks in Latin America are funded by USAID, the NED or other U.S. based private and public institutions. In addition to Ecuadorean President Rafael Correa, other leftist presidents have denounced that these institutions are operating to destabilize their governments as was the case with the late Hugo Chavez in Venezuela and NED funding to opposition groups, and more recently the civil liberties groups behind the impeachment process against Brazilian president Dilma Rousseff.

According to President Correa, these organizations were acting politically to promote social unrest and opposition towards his government’s policies. In 2012, Correa threatened to kick out the USAID after accusing it of financing opposition groups and of involving itself the country’s internal politics.

RELATED:
Ecuador Alerts Public to CIA Actions Across the Continent

He said other progressive governments were analyzing whether or not to take the same actions.

Some reports also indicated that President Rafael Correa could be targeted by the CIA, given his strong opposition to U.S. intervention in the country and region. Since taking office, he has closed a U.S. military base in Manta and expelled two U.S. diplomats who worked for the CIA. He has also given asylum in the Ecuadorean embassy in London to Julian Assange.

As it did 50 years ago, the CIA continues to intervene and infiltrate through new methods and new assets in Ecuador.