In Argentina “secret and universal” suffrage was legally permitted with the Saenz Peña Law in 1912.In reality it was for men only. Only as recently as1951, didArgentine women over the age of 18 years finally get theopportunity to cast a ballot to decide who would become the President of the Republic. 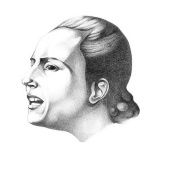 The law change —on September 23, 1947— was the result of many years of struggle goingback to the end of the 19th century, but it is largely attributed to a definitivepush that Eva Peron, wife of the then President General Juan Domingo Peron, gave to women’s rights.

In a speech on September 23, 1947 from the balcony of the Casa Rosada, Eva Peron told her audience:
“Here it is, my sisters, summarized in a short letter of cramped handwriting, a long history of struggles, setbacks and hopes, which is why there is frustrated anger and menacing shadows, but also the joyful possibility of a triumphant dawn; the a victory for women over the denial, misunderstanding and vested interests of the hierarchy, cast off by our national awakening.”

This change in the law not only gave women the right to vote, but also the right to be voted for and elected to office.

During the first part of the 20th century, socialist and anarchist women were flagbearers for gender equality, largely following examples set by European feminist organizations.

Many women's organizations sprouted up in the early 1900s, for example, the Union for Feminine Progress and Child Protection. In 1902, associations began to appear exclusively dedicated to women’s political rights, such as the “Socialist Feminine Center,” and later, in 1907, the Pro Feminine Suffrage Center.

Involved in the founding of some of these organizations were some of Argentina's most important hisorical  women, such as Alicia Moreau de Justo, Julieta Lanteri, Cecilia Grierson, Alfonsina Storni, among others.

Women have been prominent in Argentine history since the battles for the independence from Spain, but Argentine society was also plagued by aculture that marginalized women from public and political life.

In 1911 Julieta Lanteri registered to vote after a famous trial, becoming the first woman in Latin America to exercise her right to vote. She also ran for national  representative for the National Feminist Union in 1919 elections, obtaining a small, but symbolically significant, percentage of the vote.

In 1927, the San Juan province allowed women to vote withinits jurisdiction, and two women became elected civil servants. However the law was abolished after the 1930 military coup.

With Peron —and Eva— in power, things radically changed in the country. Peronism sought to widen electoral participation, which went hand in hand with the inclusion of women as a fundamental part of that process. 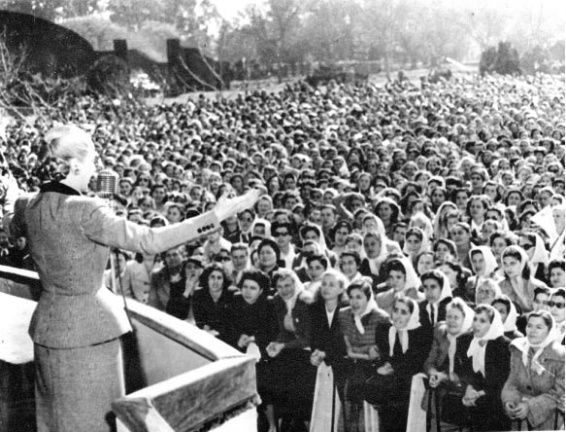 In 1944 the Work and Women’s Assistance Directorate was created, and it was through this channel that a formal petition for the female vote was made.

After 1945, female support of Peronism became prominent, and organizations behind that support started for a strong push for women’s political rights.

Eva Peron, also known as Evita, took the lead on what Argentine women had been asking for for a long time, and made it happen. It was the first time a government had supported  the feminine vote, but Evita's role was decisive.

In the beginning, Evita’s influence on Peronism was minimal. As vice president, Juan Domingo Peron made a first attempt to pass a women's suffrage law in 1945, but failed to garner enough support.

Even though a bill was presented soon after the elections, it did not pass through both government chambers until 1947, finally granting Argentine women the right to vote and be voted for.

Two years later, in 1949, Eva Peron founded the Peronist Feminine Party, an organization linked to Peronist Movement. Only women could be members, and it was fiercely territorial. Although it was one of the three fundamental pillars of the movement, it maintained a degree of independence. If it were to receive enough votes,  the party would occupy positions under a new government of Peron, should it be elected.

In 1951, with 63.9 percent of the vote, 23 female representatives took over their functions in the lower chamber and six women were elected senators. That day also, nearly 4 million Argentine women voted for the first time and did so in large numbers for Peron. Eva Peron voted for her first and only time that year, she would die soon afterwards. 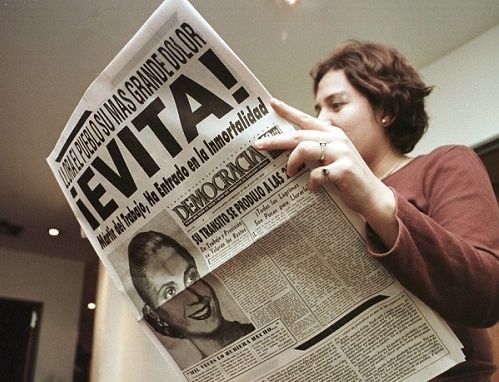 The legacy of the women’s movement and Eva Peron still lives on in Argentina. Argentine philosopher, politician and academic, Diana Maffia, said in 2002 in her paper “Eva and Politics” that, “If Rebeca was an unforgettable woman ... Evita was definitely an inevitable woman. In the same way a mother is inevitable (for right or wrong, being present or absent, always interpellates us) any Argentine woman that has interest in politics ... some day has to settle her own debt with Evita.”