4 November 2018 - 10:24 PM
Analysis
Disenfranchisement of Prisoners, Ex-Convicts Back in Spotlight Amid US Midterms
0

U.S. jails are home to 20 percent of the world’s prisoners and according to the constitution, more than six million convicted felons are disenfranchised and prohibited from voting, the Sentencing Project Organization said. 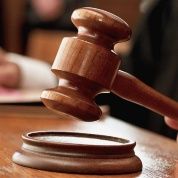 US: Over 4000 Prisoners in Solitary Suffer from Mental Illness

A felony in the United States carries with it a number of consequences. Regardless of whether a person has served prison time, their past actions are branded on their criminal record for life and offenders are stripped of their civic right to vote.

Due to the decentralized nature of voting regulations, the length of this restriction is left to the discretion of the state and could vary from a few years to life. The governors of Vermont and Maine, for instance, believe every vote counts and slide ballots through the bars of their prison cells to allow felons to participate. In 15 states, some of which hold the highest crime rate in the nation, voter right is restored after convicts are released from prison.

However, in California, Colorado, and Connecticut, ex-felons must first complete their prison and parole requirements before applying for the return of their voting rights. In 20 other states, felons can try to regain their rights after ending their parole and probation. While in 10 states, felons may never participate in local or federal elections again.

Kamy Akhavan, the CEO of ProCon.org, a non-profit research group who has been active in researching the pros and cons of voting rights for prisoners and ex-convicts, told teleSUR, “(The felon) population in some states is a big number. The United States imprisons more people per capita in total than any other country on the planet.

“However, in some states, it is disproportionately high...like Florida, you see over 10 percent of their eligible voting population are not allowed to vote; they are disenfranchised. They would, in theory, be allowed to vote were it not for the felony committed somewhere in their past,” Akhavan said.

Eric Foner, a historian at Columbia University said, “You steal a chicken, it’s a felony; you go to jail and you lose the right [to vote] … You have more and more people being thrown into jail, and mostly Blacks—these laws are not basically applied to whites very often.”

Since 1976, the number of U.S. incarcerations and disenfranchisement cases have skyrocketed from 1.17 million to 6.1 million, a figure attributed to both the war on drugs and mandatory minimum sentencing policies which were introduced in the last 50 years.

“It is certainly disheartening to see the disproportionate number of people of color behind bars in the United States in general, it is not representative or proportionate of our population...how would these people vote if they were not in prison. Well, more likely or not, they would be democratic voters,” Akhavan told teleSUR.

Based on the demographic information, the majority of felons are from left-wing minority groups, Akhavan said. He added that some politicians say that with their participation and their support as registered Democrats, they could potentially swing an election.

“On the flipside of that, Republicans regularly charge that the Democrats only want to re-enfranchise felons and ex-felons in order to win elections and that is what they see as the real motivation. So both sides are kind of pointing at each other as using felons as pawns in some type of political calculation to win elections, and in some degree, they’re both right,” said Akhavan.

“There is some merit to arguments on both sides. I think if you look at the bigger picture too, what’s happening now with the 2018 midterm elections, and the disenfranchisement that is happening around the country in serious forms of voter suppression, I think people will mostly look at the felon voting issue as very much in line with this general trend of a political calculation to disenfranchise certain populations for political reasons,” the ProCON official said.

RELATED:
A Week Into the US Prison Strike 2018

This year, Amendment 4 is making its debut on Florida ballots on Nov. 6, during the U.S. midterm elections. After nearly 20 years of fluctuating legislation regarding the rights restoration process due to gubernatorial changes in the state, advocacy groups have banded together to solve the issue once and for all.

Florida currently holds one of the strictest felon-disenfranchisement policies in the country and Amendment 4 would essentially simplify the process for all ex-convicts except murderers and sex offenders.

“We get emails and contacts every week from felons who want to have their right to vote restored and they’re not sure how to do it. Some of them are so motivated that no matter what the hurtle is- no matter what it takes...and it’s no small feat and yet they are so motivated that they will pursue it and pursue it until they finally can have that happen for them. I think that kind of personal commitment to wanting to have their voice heard, to wanting to participate in a democracy,” said Akhavan.

Leading the initiative is a former congressional chief of staff, Neil Volz, convicted for lobby scandal, and Desmond Meade, a former homeless man convicted on drug and weapon charges. Dozens of human rights organizations have shown their support such as the American Civilian Liberties Union, the Florida Rights Restoration Coalition, and the Brennan Center for Justice, among many others.

“What’s interesting in Florida is that the people kind of stepped into the equation. They got enough signatures on the ballot in order to make it a constitutional amendment, which if it passes, it means that legislators will have a far harder time of altering the will of the people in that state,” said Akhavan, whose organization is dedicated informing the public on highly political and controversial issues from a non-partisan perspective.

“In using the ballot process, it was a really novel way of intervening...I suspect if it works in Florida, that we’ll see similar efforts across other states where they do have this ballot process available to them,” he said.

In October, a poll conducted by Suffolk University showed that of the 500 participants surveyed, over 70 percent were in favor of Amendment 4, 20 percent were against, and eight were undecided. The proposal needs to win at least 60 percent of the vote in order to pass.

“The United States does not have an especially high turn-out rate, in fact we are not even in the top 20 for democratic countries for voter turnout. We look at what these people who are disenfranchised what they do to gain that right to vote, how much they appreciate, value and treasure it… that sort of passion for democracy is truly inspirational,” Akhavan said.