In Latin America and specifically in indigenous-populated areas, two types of medicine still coexist, but sometimes compete and conflict with each other: “ancestral medicine” inherited from past generations spanning 10,000 years, and “modern medicine” imported from the European settlers after the colonization process in the 15th century. 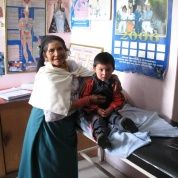 In the 1970s, the World Health Organization started to realize the importance for governments around the world to include traditional medicine in public health systems in order to expand access to public health services in remote areas or in poor areas. The 1978 WHO General Assembly passed a resolution recognizing the importance of traditional medicine to meet the programing goal of “Health for All.”

Almost half a century later, very few countries have followed the recommendation of the U.N. body. However, in Ecuador the election of President Rafael Correa in 2007 marked significant advances in this field, as illustrated by the symposium on traditional medicine organized in the capital Quito on Wednesday.

The conference, organized by the Cipacuna Center (Center of Interdisciplinary Investigation of Cultural and Natural Heritage) and the University of Technology of Loja, aimed to giving a broader space to discussion and give recognition to traditional medicine. It gathered representatives of traditional indigenous medicine and proponents of Western medicine with a sociological background, as well as senior officials from the Ministry of Public Health.

The Necessary Collaboration Between Both Medicines: the Evidence

The current Ecuadorean government understood all too well how useful it would be to work with ancestral health practitioners nationwide, as recommended by the WHO, to improve access to health services.

Some techniques of ancestral knowledge, like natural birth or treatments with medicinal plants, had already been recognized by the Ecuadorean state; some had been incorporated in the constitution since 1999. But, beyond this symbolic recognition, no public policies had been implemented until Correa’s government.

The Ministry of Health now includes, for instance, a Office of Intercultural Health (OIH), which is working on implementing a system that will allow the institutionalized coexistence of both types of medicine in the country. For those ends, the state agency employs health practitioners of traditional medicine in order to establish a “peer-to-peer” dialogue.

A midwife in Otavalo, in the north of Ecuador. | Photo: Jambi Huasi

The OIH also sends missions in various parts of the country in order to better understand the functioning of ancestral medicine. “We are now in a phase of recollection of experiences all around the country so we can later generate public policies,” said Amores.

Indigenous doctor (called “Yachak” in Quechua, or Shaman) Luis Enrique Cachiguango, who has been working at the Office of Intercultural Health of the Health Ministry for over a year, acknowledged that Correa's government was definitely more “open-minded” to ancestral medicine than previous governments. “We are trying to make the Ministry of Health understand the vision of health of indigenous peoples, because you cannot measure it with academic criteria,” he said, explaining his role at the OIH to teleSUR.

However, in practice the government's efforts to establish bridges between both health systems have proved much more difficult to translate into public policies than initially planned.

In theory, the idea would be to connect both health systems – indigenous and conventional – that would nevertheless keep a relative autonomy, as they have completely different methods to conceive medicine and to treat symptoms. The “points of connection” would be functioning as a “system of references and counter-references,” meaning that a conventional doctor could send his/her patient to a traditional one, and vice versa, depending on the necessity of the situation.

The first and main issue, however, has been to find the relevant criteria that could allow the Ministry of Public Health to accredit ancestral health practitioners around the country.

Cachiguango criticized that for instance, the Health Ministry refused to pay midwives because it claimed they needed to have an academic title before. “But on our side, we say why not? They have studied for 10 years,” said Cachiguango. “The state must recognize ancestral training.”

As for Amores, he opposed various arguments to this proposal: he first regretted that “unfortunately, in the current state of things, if you want to be a civil servant of the Health Ministry, you need to at least have your baccalaureate” - although other types of certification could be found within that legal framework.

In the northern region of Otavalo, the Health Ministry started to grant accreditation to various ancestral midwives, but this local experiment was quickly terminated as many midwives without accreditation started to sue the state for not recognizing them as well, demanding certification and payment. As Amores emphasized, granting certification to ancestral health practitioners is a tricky issue for the Ministry of Health, as it would then become responsible for patients' health – and could be legally prosecuted.

Nevertheless, some progress has been made on this matter. The OIH first considered granting certification based on the criteria of community recognition. However, this idea was soon proved unsustainable when it appeared that communities were divided over which practitioners to recognize. Nevertheless, community recognition definitely must remain the very first step of institutionalized certification, said Amores, even if other criteria must be found. The community will also be in charge of regulating its own health practitioners once recognized by the state, he added.

The huge difficulty of the task can sometimes lead the actors involved in the intercultural dialogue to some kind of pessimism, especially on the side of the indigenous health agents. “I think that after all, we are dealing with a historical failed meeting,” said Cachiguango. “We are still very far from [finding points of connection], this is a utopia.”

“Science,” on one hand, “is prisoner of a rational system of knowledge and does not want to see beyond, see other truths,” he added, while rejecting the idea of herbal treatments being tested by Western investigators, “because it is two different logics.”

The government, on the other, does not lack political will, but rather the ability to understand a different philosophy and language. For instance, ancestral medicine is based on a vision of the “universe” actually called “multiverse” in indigenous language - meaning several “universes.”

“The only thing we want, is that they let us work, without hassling us,”  said Cachiguango.

From the ministry's point of view, the cultural gap also creates an immense difficulty, despite establishing a peer-to-peer dialogue. “Who are we to tell the shaman, 'we are going to regulate you’?” said Amores. At the same time, he added that “saying that ancestral knowledge is pure is easy, but in practice it is not,” suggesting that from his experience, some ancestral health practitioners were not always improving the health of their patient.

A Shaman performs a cleansing for a patient. | Photo: Radio Illuman

When asked if part of the difficulty lied in a lack of efforts from ancestral health representatives to collaborate with the official system, he answered that it was inherent issue that did not require solution: a shaman seeking certification is not a shaman anymore, he left the logic of ancestral medicine, which the Ministry did not mean to provoke – on the contrary, that would be risking to “pervert” ancestral health agents.

“We do not wish to institutionalize midwives as one more practitioner of the official system,” explained Amores. “We defend the idea that the midwife is part of a community system. In this framework of dialogue, we need to determine how to give the push to the midwife (a certification or something else), but then this will be eventually regulated by the community itself.”

For instance, sometimes midwives may have a dispute with their communities, which can lead to them leaving to re-establish their practice in another city. As a result, they lose legitimacy they previously received from the community, while trying to appear like a conventional doctor and adopt commercial monetary relations with patients. “However this is not the path of ancestral medicine we are seeking,” said Amores.

Finding points of connection that can maintain a delicate balance between the two different practices of medicine, preserving their autonomy without perverting ancestral health practitioners into a Western pattern, consist in a major challenge.

But with patience, the working groups collaborating at the OIH are now close to find such points regarding the midwives. With regards to the shamans, a medical specialty much more difficult to assess, this will probably take much longer.