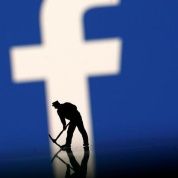 RELATED:
Facebook and Zuckerberg Under Scrutiny From Several Governments

Cambridge Analytica Chief Data Officer Dr Alex Tayler and Managing Director Mark Turnbull told an undercover Channel 4 journalist that the company has been working in Mexico and was now targeting Brazil, among other countries.

"If you're collecting data on people and you're profiling them, that gives you more insight that you can use to know how to segment the population, give them messaging about issues they care about, and language and imagery they're likely to engage with," Tayler said.

Brazilian prosecutors on Wednesday opened an investigation into whether the London-based political consultancy acted illegally in Brazil, as controversy over the firm's data harvesting practices spread across the globe.

The firm is suspected of having illegally used the data of millions of Brazilians to create psychographic profiles through its partnership with Sao Paulo-based consulting group A Ponte Estratégia Planejamento e Pesquisa LTDA.

Ponte Estrategia allegedly asked to suspend the partnership with Cambridge Analytica, according to Bloomberg Business.

Brazil is Facebook's third-largest market, and Brazilians will be holding a major election in less than seven months.

As mentioned in the video above, the firm acknowledged having operated in Mexico, while Bloomberg Business shed light on PR material showing how it sealed a partnership with a phone application named Pig.gi and designed to provide free internet and phone credit in exchange for watching advertisements and reading sponsored stories.

"Pig.gi has already been hugely successful in Mexico and Colombia," said CEO Alexander Nix last year in a communique, when the app recorded 200,000 users. "We're thrilled to be partnering with the app so that their partners can get the right message to the right people at the right time."

Cambridge Analytica's vice president told Bloomberg last year that the partnership was transparently designed to influence the votes of younger Mexicans — as Mexico's general election is due on July 1.

BuzzFeed Mexico also reported that another Cambridge executive started last year to hire data analysts in nine states in Mexico, presenting the job post on LinkedIn as "the brain behind the Mexican elections."

In an Oct. 23 Facebook post to the page 'Foreigners in Mexico City,' ahead of governor elections, executives of Cambridge's Mexican branch such as Arielle Dale Karro were also reportedly in contact with members of the PAN conservative party, including Senator Ernesto Cordero.

Cambridge's webpage also mentions Colombia as one of its major operations centers, quoting Bogota Mayor Enrique Peñalosa (Green Party) as one of its advisors. The mayor's office denied any links with the company.

Colombian voters are bound for the polls on May 27 to elect a new president, about two months after the parliamentary elections held early March, with the victory of center-right and far-right parties.

According to a map published on Cambridge's website, the company has also operated in Guyana, Peru and Argentina, although little information is available about the extent of the operations.

In Argentina, authorities are not waiting for an official request, and the National Electoral Chamber of the judicial branch has opened an investigation into Cambridge Analytica's work in the country.

The issue is not only data collecting: Channel 4 confirmed participation in the Kenyan elections of 2013 and 2017, running incumbent Uhuru Kenyatta's campaign through the use of incendiary messages and false news: Cambridge ran "every element of his campaign."

He also discloses links to former MI6 agents and Israeli intelligence companies who provide Cambridge Analytica's clients with a report on "all the skeletons" in their opponents' closets.