The anti-war movement is crucial in the history of the 20th century both for its ability to mobilize millions of people and for their role in questioning the involvement of the industrial-military complex in policymaking. 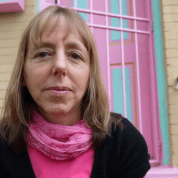 RELATED:
Who Was Qassem Soleimani and Why Was He Targeted by the US?

From the anti-war demonstrations in Vietnam in the 1960s to those against the Iraq invasion in 2003, some argue that the protests have their legacy in their massive, popular and integral character while others question the veracity of this impact in the face of the inability to bring about real change. Yet there is no doubt in the powerful message sent when millions gather to say no to war.

One of these historic demonstrations for peace took place on Feb. 15, 2003, as millions of around the world marched against the United States’ invasion of Iraq. Some say that at least 10 million people took to the streets in about 800 cities. Yet despite it all, the invasion of Iraq happened anyway and the country was immersed into chaos until this day.

After almost 20 years of this historic event, what has happened with the anti-war movement, what is its role in current world geopolitics with the latest threats from U.S. President Donald Trump against Iran; but most importantly is it possible to speak of an anti-war movement today?

teleSUR English spoke with Co-Founder of the women-led peace group CODEPINK and the Co-Founder of the Human Rights group Global Exchange, Medea Benjamin, about the legacy, importance and current situation of the anti-war movement in the United States.

Is the anti-war movement relevant today or is it a remnant of the 60s and 70s?

We live in a new era in which wars are not just shooting wars, they also include economic warfare as we can see with the sanctions. So, a lot of our work in the anti-war movements has been to build ties internationally against U.S. policy strangling the economies of other countries like Venezuela, Iran, Cuba, North Korea.

It’s very important for our work to recognize that is not just about U.S. troops and bombs going in and killing people. It's also, much broader, it’s about U.S. economic intervention, support for coups like in Bolivia or Honduras in 2009. We are trying to create more international ties that deal with these broader issues of imperialism and how to effectively confront the forces that are supporting the transnationals and the corporate interests in so many different ways.

So thinking about the last massive demonstration in 2003, what was its historical legacy?

It's always important to mobilize, you never know if you are going to win or not, but it is important to bring people together to have a show, a force against the state policies. On Feb. 15 with those mass demonstrations, it's important to look back and understand that the world said no to war and the world was right, and since then it's been very horrific to see what has happened in Iraq.

Today there is a sentiment in the U.S. against war and that is one of the reasons why Trump is very reluctant to get us into another one with Iran because he knows that the U.S. public understands that these wars are easy to get into but hard to get out of.

Yet some analysts say that the mass protests of 2003 lacked a clear resistance strategy or actions, beyond the fact of being massive. What do you think?

I think there is a lot of truth to that criticism. We could have done more to keep the protest ongoing. We should not have done just one day. We should have mobilized people to stay in Washington DC and keep up the momentum.

On the other hand, it's important to recognize that a lot of the people who protested were involved in ongoing work in their communities, so, there were vigils that went on every single week in local cities and towns throughout the U.S. There were sittings in the offices of congresspeople to pressure them to vote and speak out against the war. There was a lot of work done by community groups.

Our own organization CODEPINK, which at the time had about 300 chapters, was busy in their communities trying to build sustained opposition to the war. So, I agree that on the national level we should have kept up "the presents" like the Occupied Movement, just taking over the capital and the White House and stay there. But at the local level, we had a lot of good organizing that was done on a sustained basis.

To achieve a global protest similar to that of 2003, would it have any results now with regards to war provocations with Iran?

In 2003 we had the ability to organize millions of people but we could not stop the war, now we have a hard time mobilizing people, but so far we have been successful in stopping it and I think it's for a variety reasons, but one, of course, is the Pentagon knows that a war with Iran will be even more disastrous than the wars in Afghanistan and Iraq.

From the U.S. perspective every time there is a poll, they show that the majority of Americans don't want to go to another war. So, it is not so much about getting people out on the streets in large numbers and on a regular basis, it's more about maintaining this anti-war sentiment among the public.

Today demonstrations are much smaller than they were back then, yet they are still important and we need to rebuild an entire world movement that was weakened during the years of the Obama administration. People thought that Obama was going to get us out of the wars, and then also did not want to protest against the first Black president. So, the entire war movement really fell apart and now it's the time to rebuild that movement to stop a war with Iran and to finally get us out of the conflicts we have been for almost 20 years now.

Despite this sentiment, as you say, do you think the issue of elections has prevented any further escalation against Iran?

Yes, and also that the administration right now understands it will not be a good thing to get into in another war, but maybe they will use it as an excuse in course to the election, in October. There is something in our history call the "October surprise."

There can be something big that happens before the November election that turns the direction of the election so if Trump starts to lose he might want to attack Iran as a way to divert attention but also to show that he is a strong leader. This is the danger that we will see and we want to mobilize people to not allow this to happen.

Many things have changed since 2003, taking into account that we are facing a new generation of people and a world with social media. Do you think this new generation feels motivated to protest?

Many people think that the most important thing right now is to get Donald Trump out of the White House. I just came from the meeting with tons of young people working for Bernie Sanders. So, there are lots of young people out throughout the country mobilizing for progressive candidates like Sanders because they think that whether it is about war or domestic issues, we really need to change who is in the White House. So, I think for the next year people are really going be focussing on elections more than demonstrations.

Do you think that betting on popular mobilization is enough to stop wars or generate some kind of change?

No, it’s only one thing for us to do, but we have to do many things. For example, take the pending war with Iran. So, we are mobilizing in cities around the country to get the city councils and the mayors to pass resolutions against going to war. We are getting the church groups to come out and educate their constituents against war. We are going to our congresspeople and pressuring them to pass bills that say that the president is not authorized to go to war. We are taking our claims to the United Nations and asking them to get involved. We are educating people on a weekly basis about why the U.S. is the aggressor in the case of Iran and not the other way around.

We are doing what we can to rebuild a strong entire world movement and to get our elected representatives to join us in speaking out against going to war with Iran. So, the street protests are just one element and unfortunately, we have to build up this movement before we can even get large numbers out onto the streets.

But how can these movements counter the military-industrial complex, is there any hope for change or regulation on the horizon?

This really gets to the crux of the matter which is that going to war is very profitable for some big companies that have a lot of influence in U.S. politics. They give money to U.S. politicians and produce the weapons in districts all over the country. So, some of the ways that we are working to fight against it is pressuring in all the democratic presidential candidates to tell us how much they will slash the military budgets and what program they will cut.

We have a campaign trying to close some of the foreign military basis that the U.S. has over the world. We are passing local resolutions calling for cities to divest from the war machine, that means to take their money out of the weapons companies and we are trying to build ties with others movements that need a lot of money to succeed like the healthcare movement in the U.S., the environmental movements as new green deal, students that want to have free college education, and we are showing them that the place in the U.S. budgets that has the most money is the military. We have to work together to transform that money from the military to human needs.