In the history of geopolitics, it is often considered that the "Age of Imperialism" began at the end of the 19th century when Europeans disputed African territories among themselves. 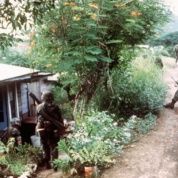 Long before that happened, however, the Caribbean Basin was the most desirable space for some nations seeking natural resources and cheap labor force. In fact, the "conquest" of the New World, which was itself a violent event, began precisely over there.

US Senator Calls for Grenada-like Invasion of Venezuela

The Castilians and the English were the first protagonists of foreign intrusion in this region of the world. However, once the colonies began to become independent and to build their own states, they ceased to be the main promotors of violence against the incipient Caribbean nations.

In the second half of the 19th century, when the United Kingdom was still the country with the largest economy and the most powerful currency in the world, when France still believed it could invade and conquer Mexico, the United States emerged as the actor with the greatest capacity to exercise the most immediate and harmful military, political, and economic influence in the Caribbean basin.

In the Protectorate Era, the U.S. grants itself the right to intervene

From 1898 to 1933, the U.S. opens its imperialist foreign policy by presenting itself as "the protector" of the new nations in its immediate geographical surroundings.

The "Protectorate Era" acquired its first legal standing in 1901, when the Platt Amendment granted the U.S. rights to intervene in the affairs of Cuba, a country that became independent from Spain in 1898.

This power to intervene was justified on the grounds that the U.S. wanted to ensure the independence of Cuba and its future freedom.

The Caribbean nation of Dominica has been an important voice in the OAS pushing back against US hegemony and standing with Venezuela.

So the US has been targeting Dominica's left-wing government for overthrow. And Washington has been pretty open about it:https://t.co/K2tEh2zjVt

At the beginning of the 20th century, the signing of the agreement to build the Panama Canal in 1903, the presence of European interests in the Dominican Republic and other economic developments undoubtedly converted the Caribbean basin into the center of the U.S. concern.

Therefore, in 1904, President Theodore Roosevelt marked the main feature of the U.S. foreign policy towards that region: the visible expansion of its military presence.

In the name of preserving the strength of civilization, the Protectorate Era meant in practice more than 20 military incursions in the Caribbean basin.

In 1903, the U.S. mounted a campaign of diplomatic intrigues and political maneuvers that culminated in the separation of the Panamanian territories from Colombia.

In 1906, the U.S. Secretary of War William H. Taft was appointed as the "provisional governor" of Cuba.

Venezuela to Raise Issue of US Planned Invasion with International Authorities

In 1908, the U.S. marines assured with their presence that the first presidential elections in Panama were considered legitimate, although they were plagued by allegations of irregularities.

In 1912, the U.S. sent its marines to Nicaragua to keep Adolfo Diaz, who was facing a popular insurrection, in the presidency. The foreign troops remained there until 1933.

In 1914, amidst the Latin American first massive social revolution, U.S. soldiers occupied the port of Veracruz, in Mexico.

In 1915, Marines entered Haiti to defend U.S. corporations. Arguing that the Germans might be interested in increasing their presence in the Caribbean, they remained on the island until 1934.

In 1916, the U.S. sent troops to the Dominican Republic to impose a military government. The foreign occupation lasted until 1924.

In 1918, the U.S. Army arrived in Panama to monitor the elections of congressmen and mayors.

In 1924, Marines intervened in Honduras to resolve the dispute among local oligarchies who had prompted a political crisis after the fraud that occurred in the 1923 presidential elections.

In 1926, the U.S. decided to create a National Guard in Nicaragua, which immediately prompted the emergence of a guerrilla led by Augusto Cesar Sandino, who set himself the goal of expelling invaders.

In 1930, the U.S. supported the establishment of Rafael Trujillo's military regime in the Dominican Republic. This Caribbean dictator, who became famous for his human rights violations, remained in office until his murder in 1961.

In 1934, dictator Anastasio Somoza Garcia, with the complicity of the U.S. ambassador to Nicaragua Arthur Bliss Lane, ordered the murder of Sandino, the leader of the popular insurrection.

This right-wing political conspiracy, however, did not have the expected result: due to social discontent, the U.S. could no longer maintain its military presence in Nicaragua.

The stick did not disappear during the "Good Neighbor Era"

In 1933, President Franklin D. Roosevelt initiated a new wave of foreign policies that were supposed to be based on non-intervention in Latin American countries. The U.S. establishment, however, soon realized that such a desire would not be easy to fulfill.

Besides involving the withdrawal of U.S. troops from several Caribbean countries, the immediate and full application of the “non-intervention principle” meant putting at risk the interests of transnational corporations, most of which grew thanks to the U.S. support for dictators such as Fulgencio Batista (Cuba), Rafael Trujillo (Dominican Republic), and Anastasio Somoza (Nicaragua).

Instead of making a presence through weapons, the U.S. tried to consolidate its influence through trade agreements. From 1933 to 1953, however, the Good Neighbor policy did not imply that the U.S. would have stopped promoting their interests through other rough means.

Over those 20 years, the U.S. maintained its interference in the Caribbean countries through actions aimed at shaping local states according to its long-term national security needs.

Last night, Dominica's PM @SkerritR expressed his concern about how the country's economy has been aggressively affected by the violent protests of the opposition trying to sabotage the elections. Our correspondent A. Kirk interviewed Dominica's Tourism Minister on the issue. pic.twitter.com/wuuYycSwES

Obviously, the promotion of more modern institutions did not involve taking away its support of dictators who had come to power in the past. Nor did it imply a total abandonment of armed actions.

In 1941, through its embassy in Panama, the U.S. helped consolidate the coup led by Ricardo de la Guardia against President Arnulfo Arias, a Harvard-graduated physician who became the icon of Panamanian democracy.

In 1946, taking advantage of the environment created by Panama's military regime, the U.S. set the School of the Americas, an institution that would go down in history as the main center for training those who would promote dictatorships in Argentina, Brazil, Chile, Uruguay, and Venezuela.

In 1952, shortly before closing its Good Neighbor Era, the U.S. supported the coup led by General Fulgencio Batista in Cuba.

The Caribbean was at the center of the Cold War

From 1954 to 1990, the U.S. foreign policy towards the Caribbean was carried out mostly in the name of containing "the Communist Threat".

To begin with, in 1954, President Dwight Eisenhower, the CIA, and the United Fruit Co. coordinated actions to overthrow Guatemala’s President Jacobo Arbenz, who was another reformist ruler whose intentions frightened Washington.

At that time, in order to consolidate its new international order, the U.S. also used the Organization of American States (OAS), an institution that would have been created to generate forms of “collective security” among its members.

The apparent respect for international law, however, did not last long either. Once again, the U.S. managed its relations with the Caribbean region through violence.

In 1963, Dominican Republic’s president Juan Bosch was dismissed through a military coup, which aimed to contain the aspirations of progress promoted by the society's organized sectors. Repression was called “bringing some order,” a task that the dictatorship failed to do on its own.

In 1965, over 40,000 U.S. Marines invaded the Dominican Republic to eliminate those who organized an insurrectionary resistance whose purpose was to get President Bosch back to the country. To end the supposed communist threat, the military operation required the elimination of about 3,000 people.

In 1966, President Lyndon Johnson sent weapons, advisers, and troops to Guatemala. His decision started a counterinsurgency campaign that turned into a three-decade dirty war against Indigenous peoples, farmers, workers, students, and dissidents. The number of dead, tortured, and missing people is still a matter of debate in Guatemalan politics.

Commemorating the Revolution in Grenada 40 Years Ago

In 1981, President Ronald Regan authorized the delivery of financial resources so that the CIA could create “La Contra”, a paramilitary force that rented fortune soldiers to fight the government of the Sandinista National Liberation Front (FSLN) in Nicaragua.

This leftist political party came to power in 1979 after overthrowing Anastasio Somoza Debayle, the third member of a dynasty of U.S.-backed dictators who controlled the country since 1937.

In 1983, about 7,000 U.S. troops invaded Grenada to overthrow President Maurice Bishop, who was the leader of the New Jewel Movement, a leftist party that organized the popular resistance against Prime Minister Eric Gairy's authoritarian regime.

In 1989, President George H.W. Bush ordered the invasion of Panama to arrest Manuel Antonio Noriega, a general who had been a U.S. ally until recently. Over 3,000 Panamanians died as a result of the U.S. military intervention.

The U.S. buffer zone in the Post-Cold War era

At the end of 1991, the Soviet Union dissolved as a federation and Russia lost its traditional power as an international actor. Strictly speaking, the famous "communist threat" was over.

Nevertheless, in the Post-Cold War Era, the U.S. continued to treat the Caribbean Basin as its “near abroad” or “backyard”.

Acting as if it were the undisputed homeowner of a whole region, the U.S. kept harassing Cuba through its economic, financial, and trade blockade, which began in the 1960s and continues so far.

The #Blockade of #USA against #Cuba is criminal, it is an act of genocide, but the imperialists do not learn the lesson, for almost 60 years their policy has failed and will continue to fail, the more they block us the more we join together, the more we grow in the face of needs. pic.twitter.com/TN81bgawU3

In 1994, President Bill Clinton invaded Haiti. This action was legitimized under the pretext of ensuring the transfer of power from General Raul Cedras to Jean Bertrand Aristide, the first elected president in the country's history. Once again, the U.S. alleged commitment to democracy did not last long.

After being president from 1994 to 1996, former Salesian priest Aristide held the presidency again in 2001. Since this politician leaned too far to the left, he was ousted in 2004 after a US-backed coup, which was performed paramilitaries who invaded Haiti from the Dominican Republic.

Subsequently, in 2008, Honduras became the lab for a new "model" of coup d'etat. The U.S. supported right-wing politicians to deliberately initiate an institutional crisis in the country.

On Nov. 2008, he was literally kidnapped by the Honduran Army and transported out of his country. The military civic alliance declared Porfirio Lobo as president of Honduras. Washington recognized him immediately at the country's head of state.

Since then, the new formula coined in Washington to execute "clean" coups has also been practiced in other Latin American countries such as Venezuela in 2002, Ecuador in 2010, and Bolivia in 2019.

In the Caribbean region, which has been historically conceived by the U.S. as its buffer zone, the winds of war would seem to blow now towards Dominica, where the right-wing opposition is also testing the Bolivian recipe, namely, delegitimize the election results in advance and then seize power by force.