With the U.N. reportedly ruling that Julian Assange is being arbitrarily detained in Ecuador’s London Embassy by the actions of the U.K. and Sweden, we take a look back at why the South American nation believed the WikiLeaks founder needed asylum in the first place. 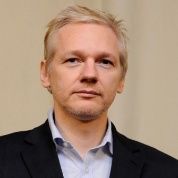 Ecuador has made a pretty clear cut case to back up its support for WikiLeaks founder Julian Assange. The small South American nation of Ecuador may look like it’s punching above its weight by taking on Europe and the U.K. to defend Assange, but its rationale is well grounded in international law.

In August 2012, Ecuador's Foreign Ministry released a document explaining in detail why the government granted Assange asylum, arguing the WikiLeaks founder had been abandoned by his home country and could face political persecution.

An English translation of the Ecuadorean Foreign Ministry's original statement can be found here. The general gist of the document can be summarized in five key points, covering Assange's past treatment and Ecuador's fears for his future.

1. Ecuador believes Assange's rights were violated in the early stages of the investigation against him

“Ecuador is convinced that the procedural rights of Mr. Assange have been infringed upon during the investigation.”

2. If extradited to the United States, Assange could suffer further violations of his rights, including political persecution, according to Ecuadorean authorities

“Legal evidence clearly shows that, given an extradition to the United States of America, it would be unlikely for Mr. Assange to receive a fair trial, and likely that he would be judged by special or military courts, where there is a high probability of suffering cruel and degrading treatment, and be sentenced to life imprisonment or capital punishment, which would violate his human rights.”

3. The U.K. and Sweden have failed to guarantee Assange won't be handed over to the United States

“Ecuadorean authorities are certain of the possibility that Mr. Assange could be extradited to a third country outside the European Union without proper guarantees for their safety and personal integrity … (and) despite Ecuador’s diplomatic efforts, countries which have been asked to give adequate safeguards for the protection and safety for the life of Mr. Assange have refused to facilitate them.”

4. Assange's own country has failed to step in and shield him from possible political persecution

“Ecuador has observed that Mr. Assange lacks the protection and assistance that should be received from the state of which he is a citizen (Australia).”

5. The U.K., Sweden and United States all hinted they don't plan on respecting international law

“Following several public statements and diplomatic communications by officials from Britain, Sweden and the USA, it is inferred that these governments would not respect international conventions and treaties.”