IN PICTURES: After the annual Running of the Bulls last July, at least 14 reports of sexual assault or molestation were filed with Pamplona authorities.

Protests have erupted in Spain after a judge reduced the sentence of five men convicted of raping a teenage girl during 2016's Running of the Bulls festival in Pamplona to the lesser charge of sexual abuse.

According to the judge, the victim failed to provide sufficient evidence of pain or injury at the time of the incident and consequently, the sentence was shortened from 20 years to nine. 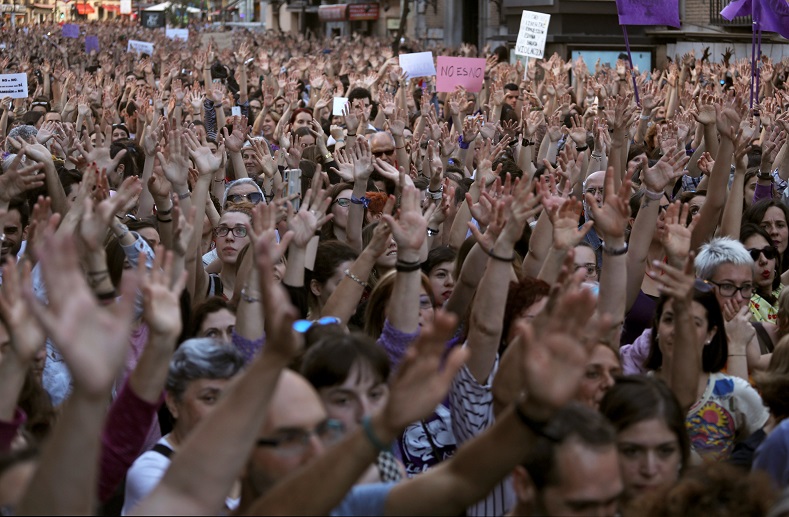 A group of men who call themselves 'La Manada' (The Wolf Pack) raped an 18-year-old woman from Madrid on the San Fermin 2016 celebrations, spurring an international demonstration. Photo:Reuters 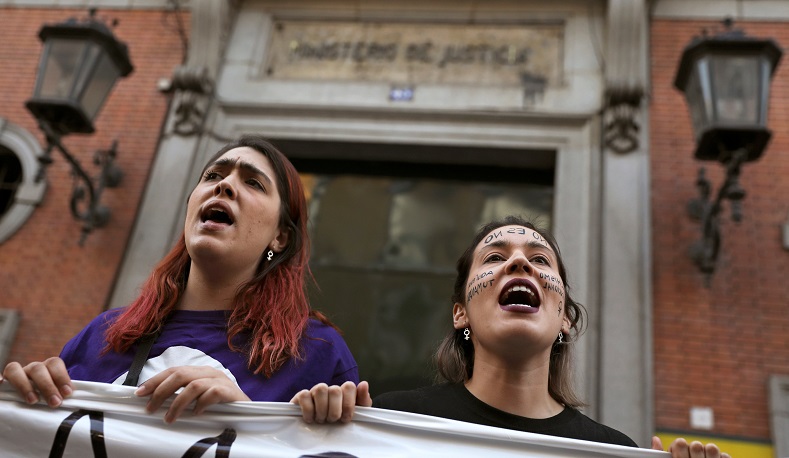 Judges decided to charge them with 'sexual abuse' instead of sexual aggression, violent assault and crimes against intimacy because the woman didn't fight back and did not seem intimidated, therefore the judge argued that the crime wasn't a violent abuse. Photo:Reuters 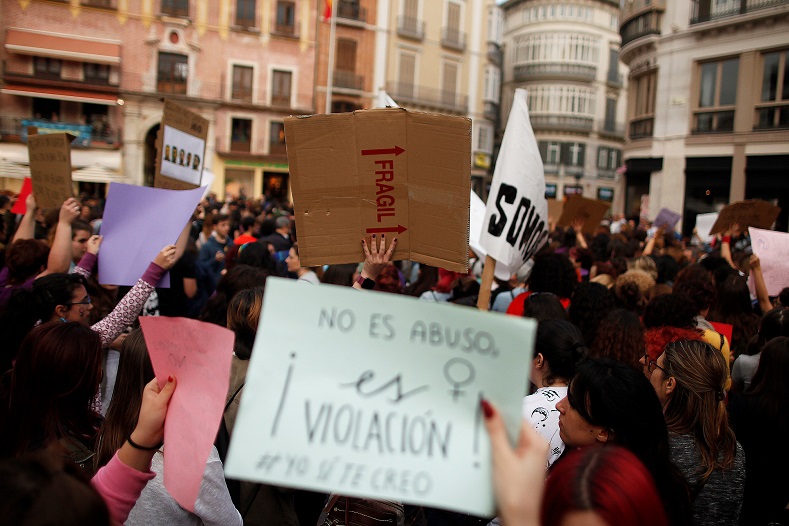 People gathered outside the court chanting 'It's rape, not abuse' and 'I do believe you, sister' in protest against the ruling, with their hands painted in red as a symbol of sexual aggression. Photo:Reuters 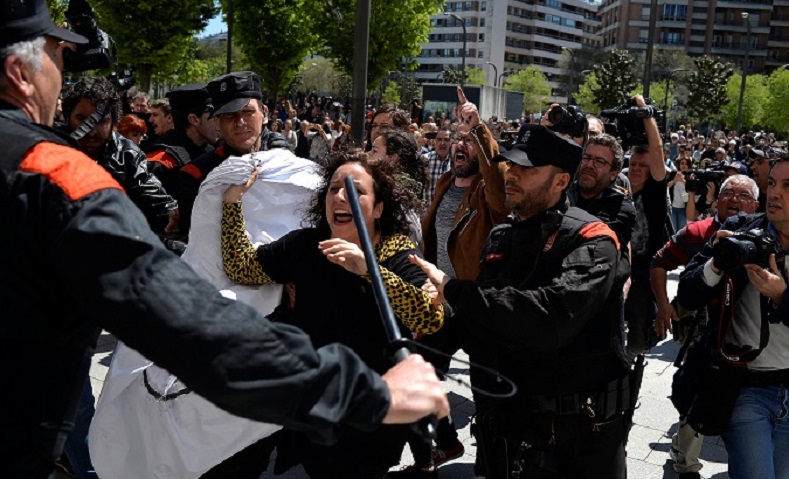 Crowds continue their demands for justice in the streets, shouting 'This justice is bullshit' and 'If they touch one of us, they touch all of us.' Photo:Reuters 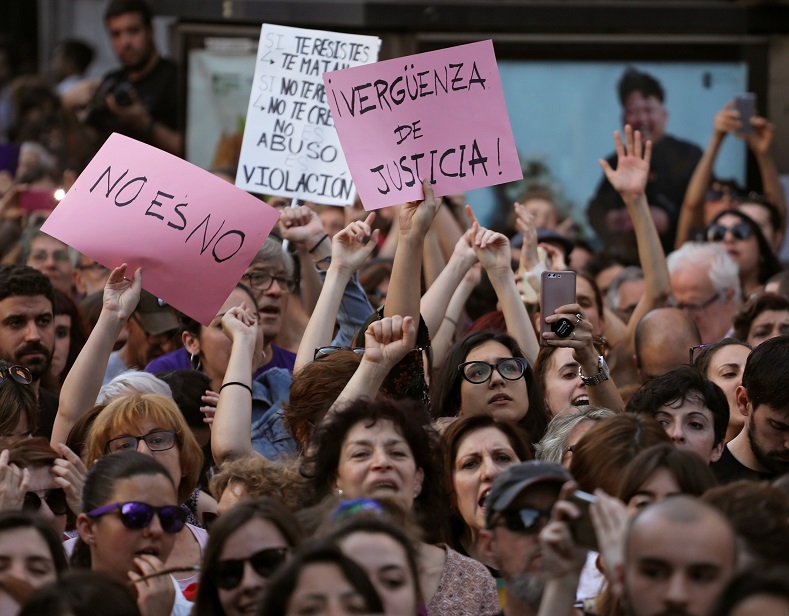 Feminist groups scheduled protests for Thursday evening in cities across Spain, including outside the Justice Ministry in Madrid, in reaction to the sentence. Photo:Reuters 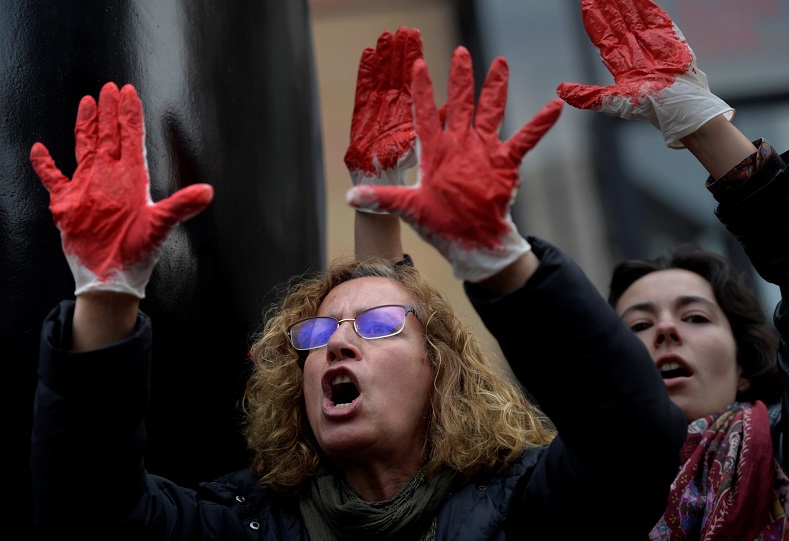 The five accused, including a former policeman and a former soldier, were not present during the hearing. Photo:Reuters 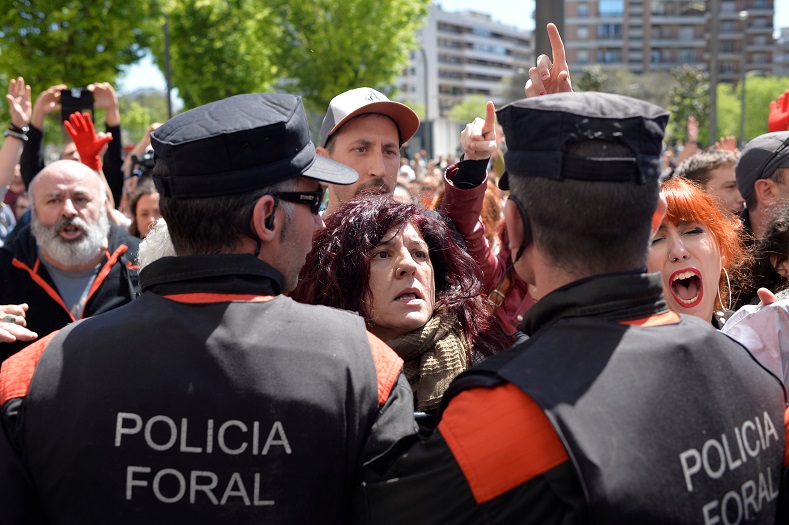 "Setting up ballot boxes in a 'democratic' country is more penalized than gang-raping a woman. Today is protest day," wrote one Twitter user. Photo:Reuters 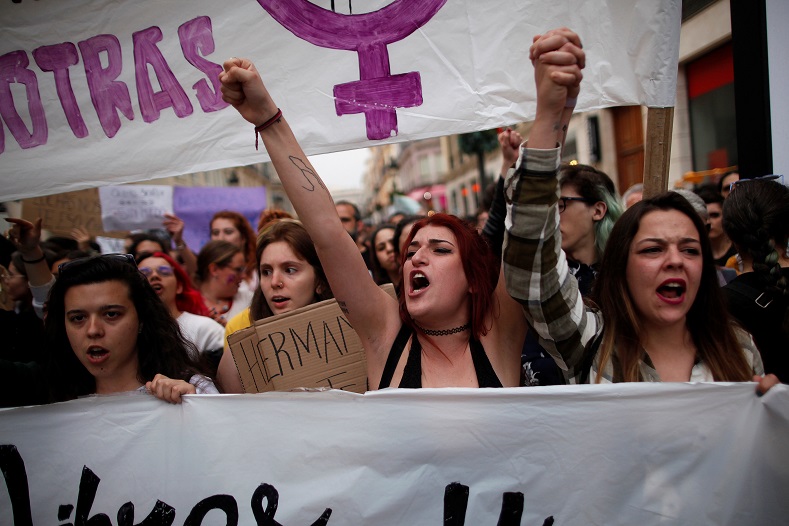 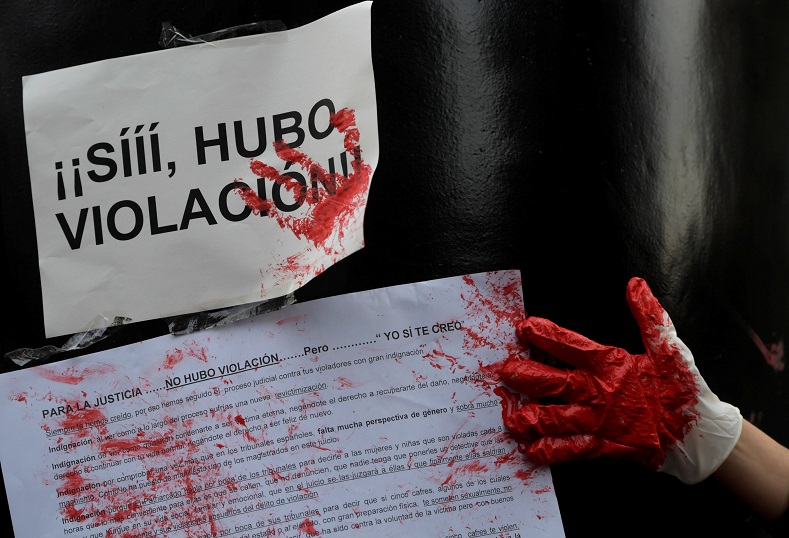 "If what the 'wolfpack' did wasn't group violence against a defenceless woman, then what do we understand by rape?" tweeted Socialist Party Leader Pedro Sanchez. Photo:Reuters 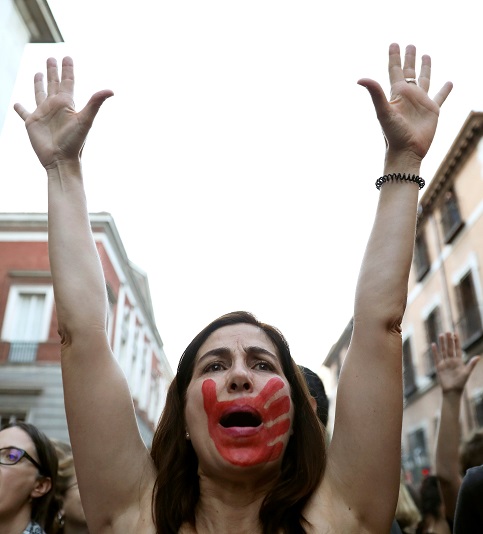 The five 'Wolf Pack' members have been in police custody since 2016 and were ordered to pay the victim US$61,000 as compensation. Photo:Reuters