“My death, if accepted by God, may it be for the liberation of my people and as a testimony of hope in the future. You can rest assure that if they ever murder me, I forgive and bless who ever does it. Maybe thus, they will be convinced they are wasting their time. A bishop will die, but the Church of God, which is the people, will never die.” 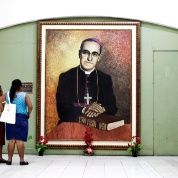 On March 24, 1980, an assassin's bullet would cut through Oscar Romero's heart as he celebrated mass. His murderer, a far-right death-squad commando, may have killed a man, but he was not able to kill his ideals of social justice borne out of a Christian love of the most modest, the most humble.

That was the thought of the Catholic priest Oscar Romero, the Archbishop of San Salvador, who fought for the poor against the misery of an unjust system. 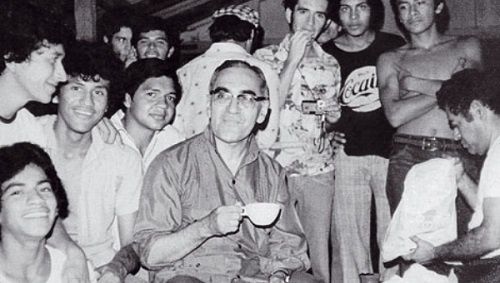 Romero defended the rights of the most vulnerable. He became deeply involved with the struggles of the poor; he fought against repression and the crimes committed by death squads (armed and advised by U.S intelligence) against the Church and civilians; and he distanced himself from the Roman Curia, which had opted to El Salvador's authoritarian government.

In his sermons, Romero denounced the human rights violations that campesinos, workers, priests and the population of the country were being victims of, at the hands of a repressive and violent military. During his homilies, transmitted on Catholic radio, Romero denounced the assassinations committed by the dictatorship's death squads and the enforced disappearances of innocent civilians, while demanding justice for society.

Romero fought to defend the right of the people to organize and protest peacefully to demand their rights.

“The Universal Declaration of Human Rights … of which our country is a signatory, and article 160 of our Constitution proclaim the right of all citizens to gather and associate. Its obvious to see the enormous inequality of citizens in political participation, which discriminates the powerful minorities from the vulnerable majorities, and distinguishes those who have the official approval from those who don't,” Romero said in 1978 in a letter titled, “The Church and the Popular Political Organizations.”

As to why he was murdered, Katu Arkonada, member of the Network of Intellectuals and Artists in Defense of Humanity, told teleSUR.

“Romero was not murdered by hoodlums ... he was shot down by a death squad ... the day after denouncing paramilitary violence, the practice of torture by the military regime ... the injustices promoted by the military government ruling El Salvador.”

Archbishop Romero was a foe to the United Sates, regularly speaking out against imperialism. This went against the government of former President Ronald Reagan, which wanted to block the victory of the leftist-rebel Farabundo Marti National Liberation Front (FMLN) in El Salvador. Arkonada said that in order to understand Romero's assassination, you need to look at Operation Charlie, a CIA plan to exterminate all popular and leftist movements that were demanding justice and equality in the Central American nation. 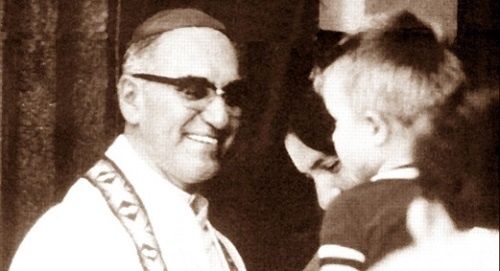 “The murder of Romero cannot be taken out of context. It occurs in 1980, in a Central America in which Operation Charlie was being implemented ... it was linked to Plan Condor, which is well known in South America. It was a kind of joint operation carried out by the top brass of the different military regimes in South America. Argentina, Chile, Bolivia, Paraguay, created a clandestine international organization to follow, watch, detain and as a last resort disappear all leftist militants of those countries,” he explained.

With that same goal in mind, Operation Condor moves into Central America. “With the full support of the CIA, it moves to Central America, and once there, especially the Argentine dictatorship, becomes involved in training military forces, as well as anti-rebel paramilitaries in Nicaragua, Honduras, El Salvador, Guatemala. [W]hat happens in El Salvador is part of Operation Charlie. In the case of El Salvador, the CIA was completely involved in training missions and counterinsurgency against the FMLN,” he added.

This is when Reagan increases the budget for “military aid aimed at reinforcing the existing government and thus avoiding the victory of the Front.”

Romero lived in an El Salvador in which “to denounce social injustice, or to denounce the atrocities being committed by the government against the general population and the paramilitaries against the leftist militancy, was practically in itself a death sentence.”

To date, nobody has been punished for Romero's death, in spite of former Salvadoran Air Force Captain Rafael Alvaro's confession in 2010 that Romero was murdered by a hitman who charged US$114 to commit the crime.

Saravia admitted he participated, saying the trigger that shot the bullet that silenced the martyr was pulled by “an indian. He is still around.”

Saravia fled to the United States in 2004 and was sentenced in a U.S. court in absence for crimes against humanity, forcing him to flee back to El Salvador, where he is allegedly hiding out and living in poverty.