For the first time in the history of the Republic of Ecuador, the government headquarters was transferred from Quito, the capital city, to Guayaquil on October 7.

President Lenin Moreno made the decision amid growing protests against the policy package implemented to secure an International Monetary Fund (IMF) loan.

The decision also happened a week after Moreno declared a State of Exception, a legal move which allows the government to restrict civil and political rights.

Closure of alternative media, detention of hundreds of people and other measures to halt citizen protest, however, would appear to have had no real effect.

Through their cell phones, which has become the civilian tool to break the information fence set up by the mainstream media, Ecuadorians report that more and more cities are actively joining a national strike which demands real political changes.

"No place to hide" was the cry that people chanted in tacit allusion to the change of the government headquarters towards Guayaquil, a city-port traditionally controlled by right-wing politicians. 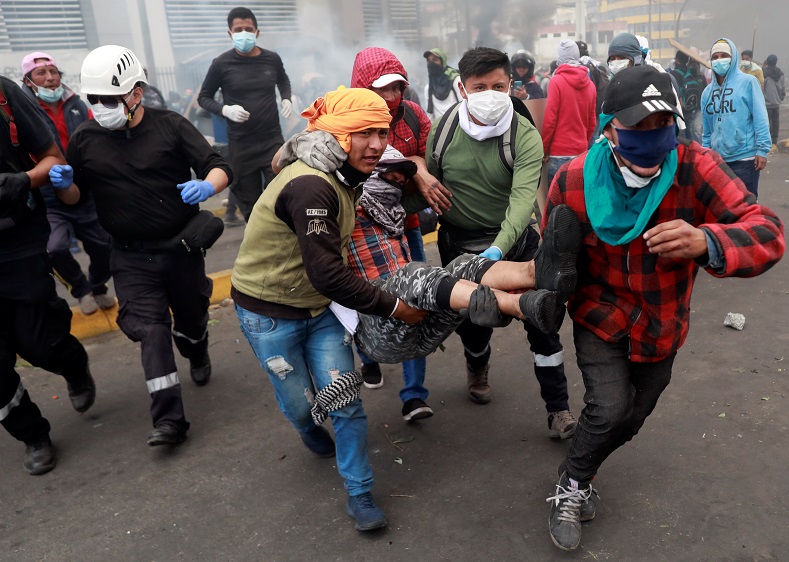 Injured demonstrator is carried by others in Quito, Ecuador October 12, 2019. Photo:Reuters 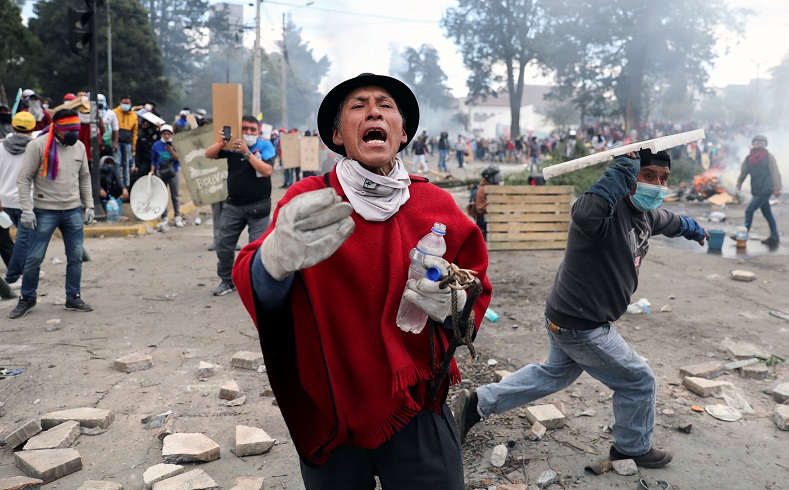 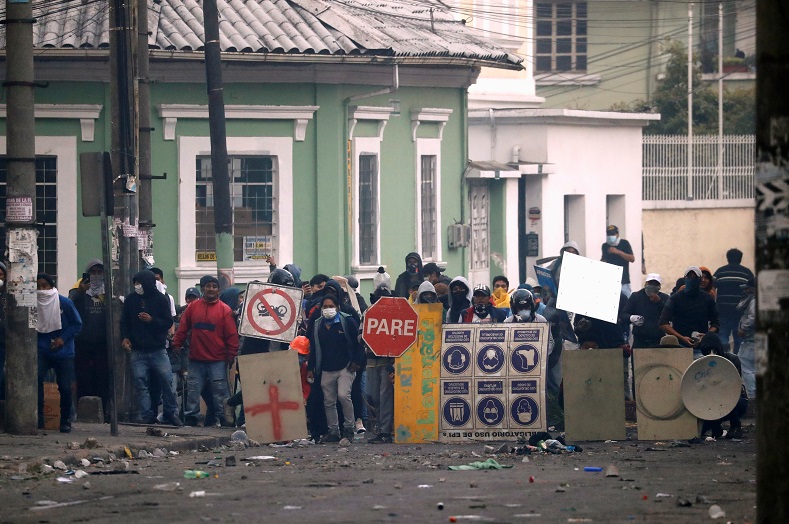 Demonstrators stand behind a makeshift barricade in downtown Quito, Ecuador on October 12, 2019. Photo:Reuters 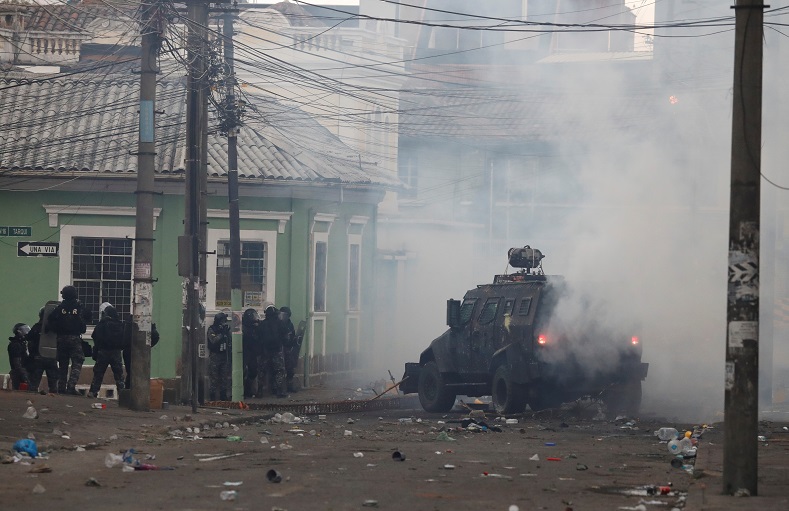 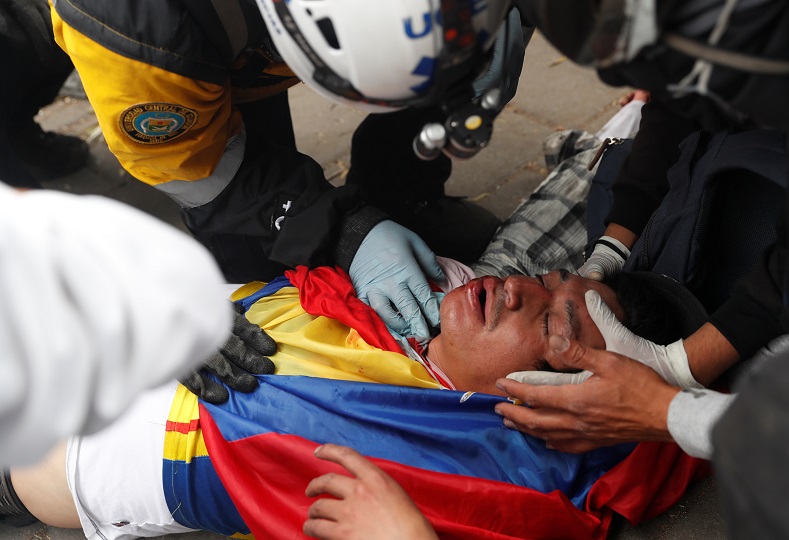 Injured citizen is helped by paramedics in Quito, Ecuador, October 12, 2019. There are no official aggregate figures on the number of people injured. Photo:Reuters 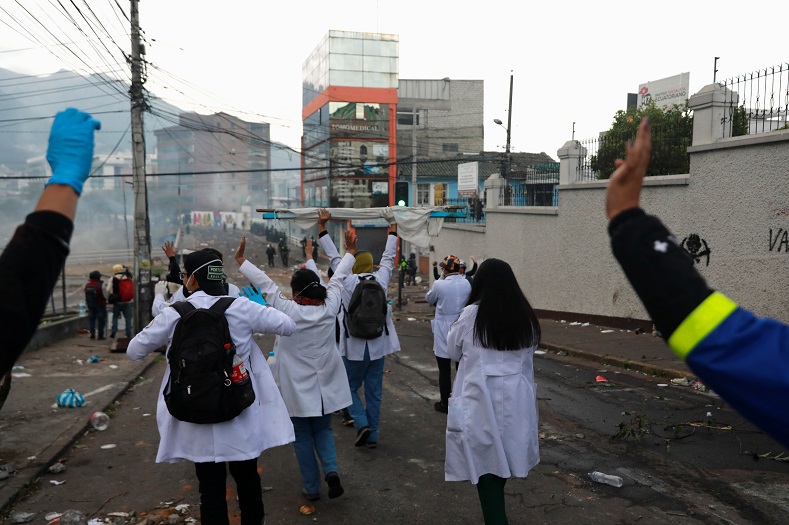 Medical students join anti-IMF protests next to the Isidro Ayora Hospital, nearby the National Assembly, in Quito, Ecuador October 11, 2019. Photo:Reuters 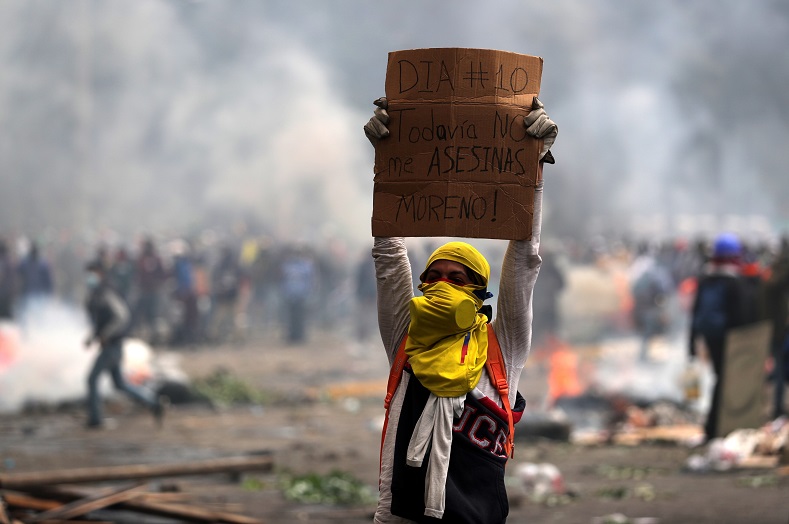 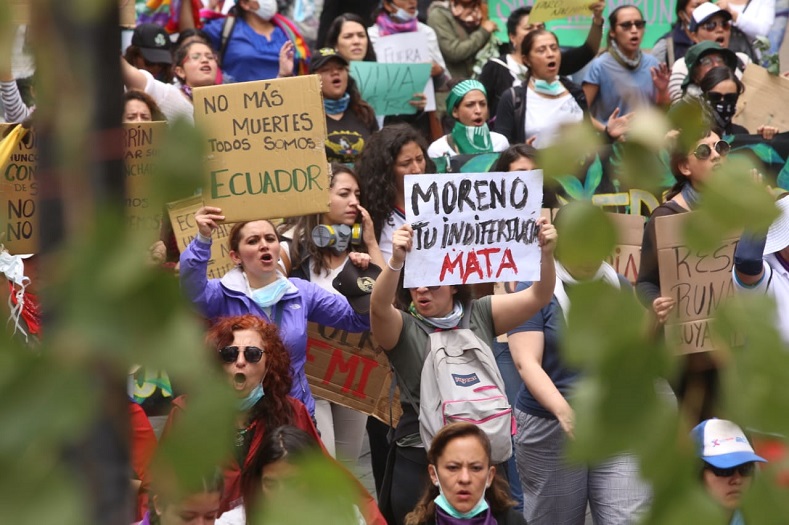 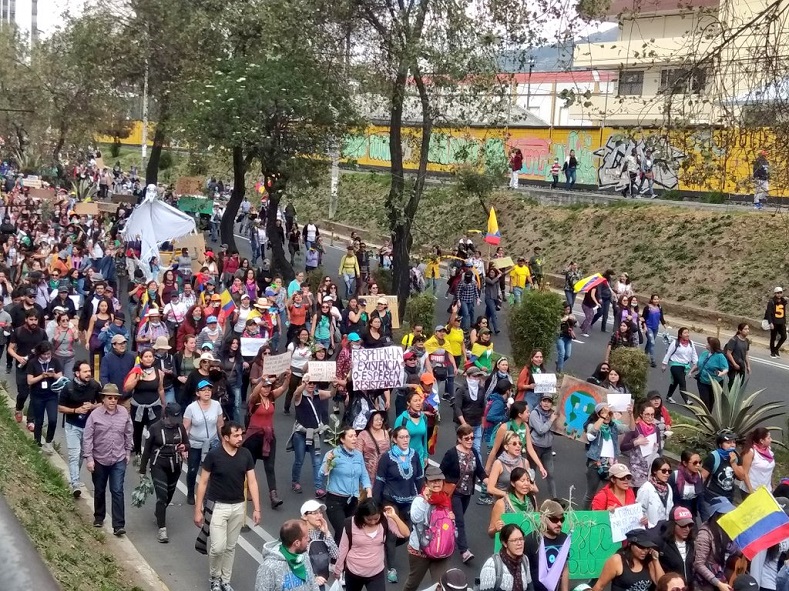 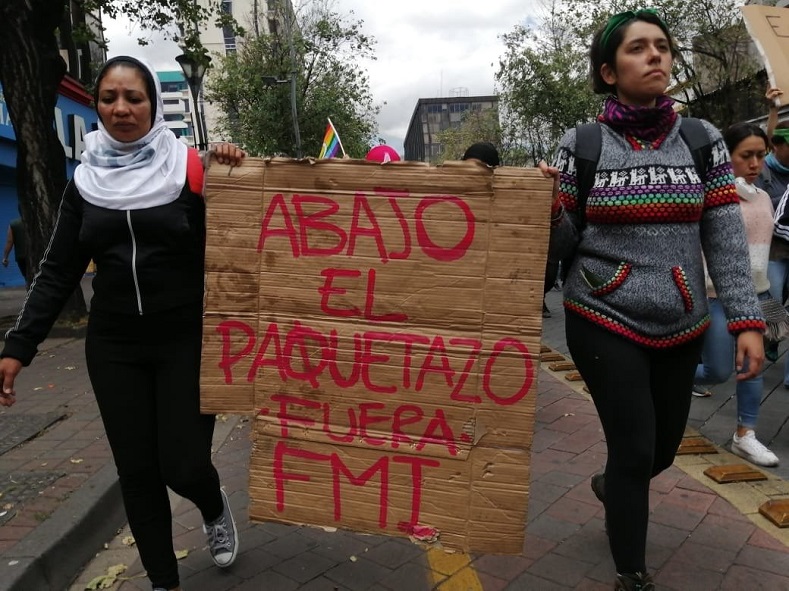